So, the race was over for another year.  Always a rather disappointing time in comparison to the elation I had felt only 27 hours earlier on our arrival at the circuit.  These slightly depressing feelings didn't last long, as it was time to pile back into the two cars, and head off for our overnight stop which was again to be at the Hotel Restaurant La Marine in Port en Bessin.   We were not all that long out of Le Mans when the cars pulled over.  I had been solidly asleep within ten minutes of the start of the journey, and not to put too fine a point on it, I felt bloody awful when we stopped - like death warmed up!  I had a headache, I was unbelievably tired, and my foot felt like a herd of elephants had trampled on it!  It was as much as I could do to crawl out of the car and across the road into the roadside cafe.   Ian admitted when we got there that he simply had to stop, otherwise he would have been well and truly asleep at the wheel!  It was time therefore, for strong coffee all round, together with a few rather stale biscuits which Martyn had found in his car from his purchase the previous Friday afternoon!

Once in the cars again, I soon slipped back into oblivion, awaking only a few minutes away from Port-en-Bessin.  We were talking then in terms of the arrangements for the evening meal, and I was insistent that I would have to skip it.  I was still dog-tired, and feeling very second-hand, not at all well enough to sit down and indulge in a heavy meal for two or three hours!   But I was persuaded to give it further thought after a shower and see if I could make it down for dinner after a longer rest.   After some discussion at the hotel, rooms were allocated, and I was fortunate to obtain a single room.  (I think the others felt sufficiently sorry for me, in my present state, that they thought I might want to get my head down straight away!).   After cleaning out my shower bag (!), I luxuriated in a wonderful shower, probably as good as any which has ever followed a Le Mans 24 Hours!  It was so invigorating that, when I'd finished, I was beginning to feel and bit more 'human' and thought that I would partake in the evening meal, after all.   Unfortunately, I couldn't exactly dress for dinner, as my only decent pair of trousers were hors de combat, still covered in shower gel (which I made sure I closed properly after this latest shower!). 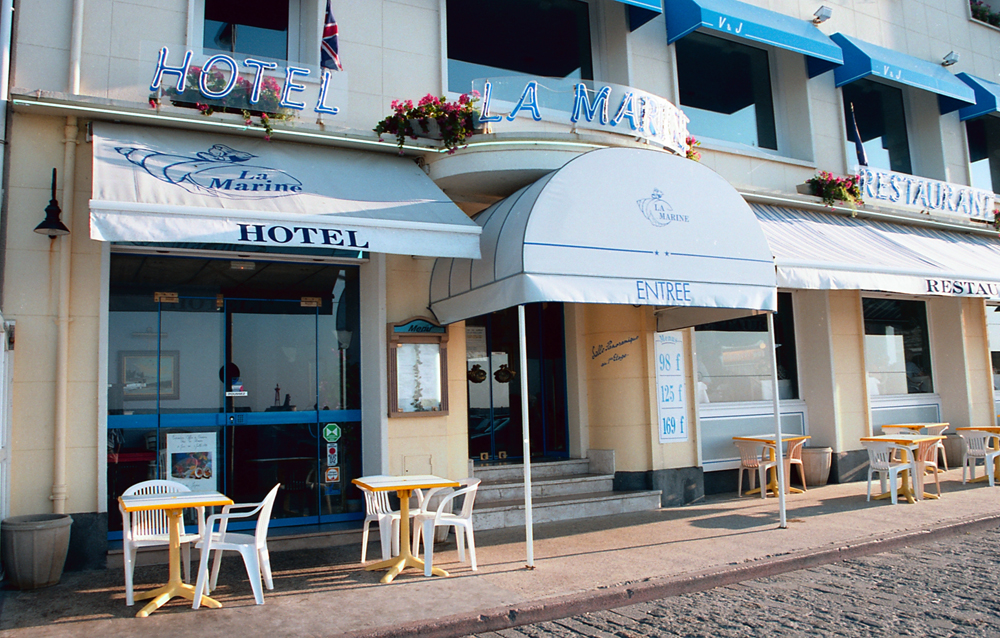 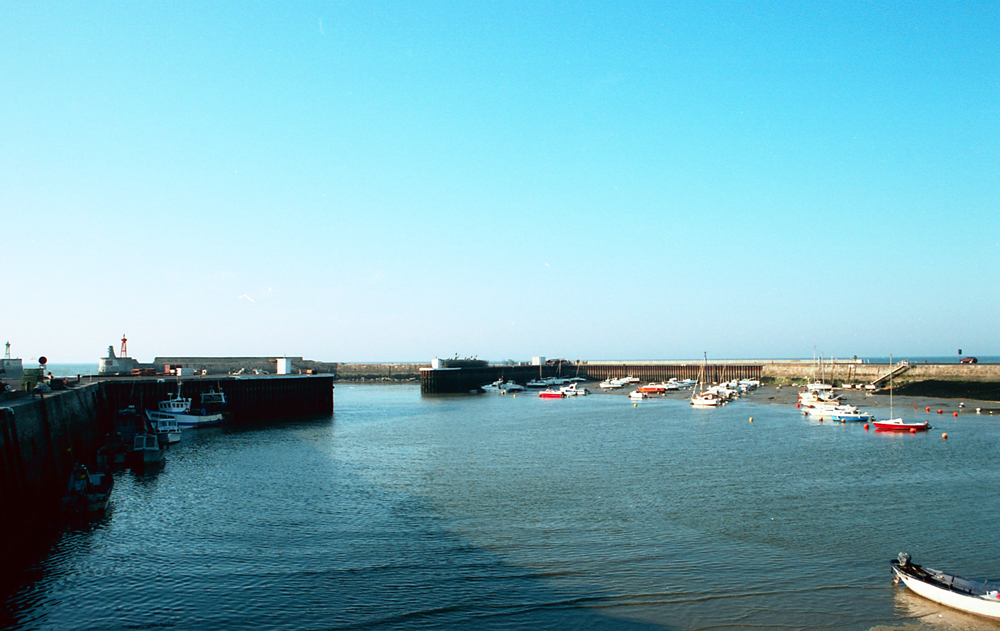 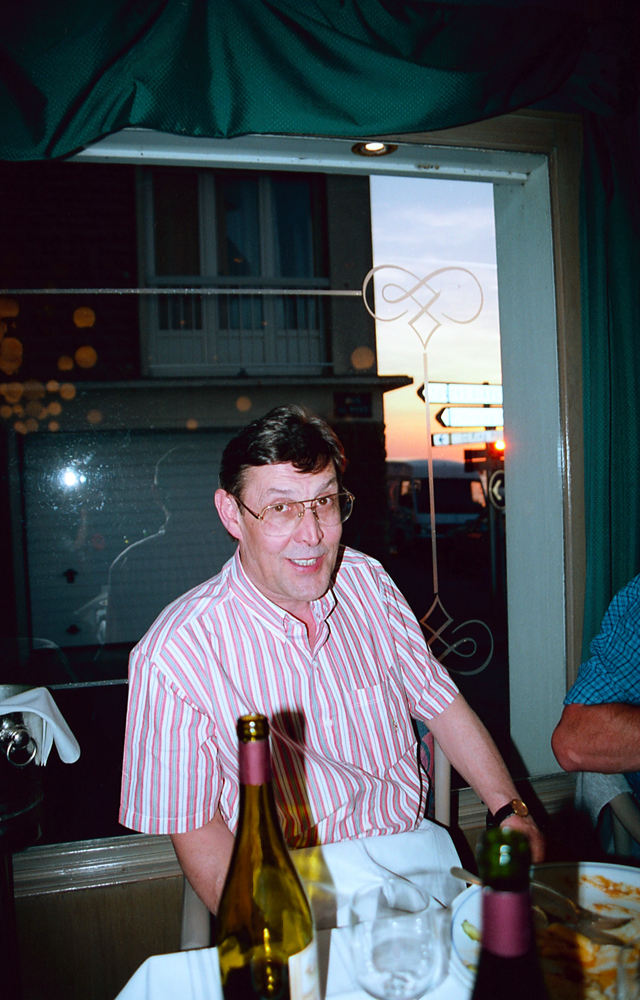 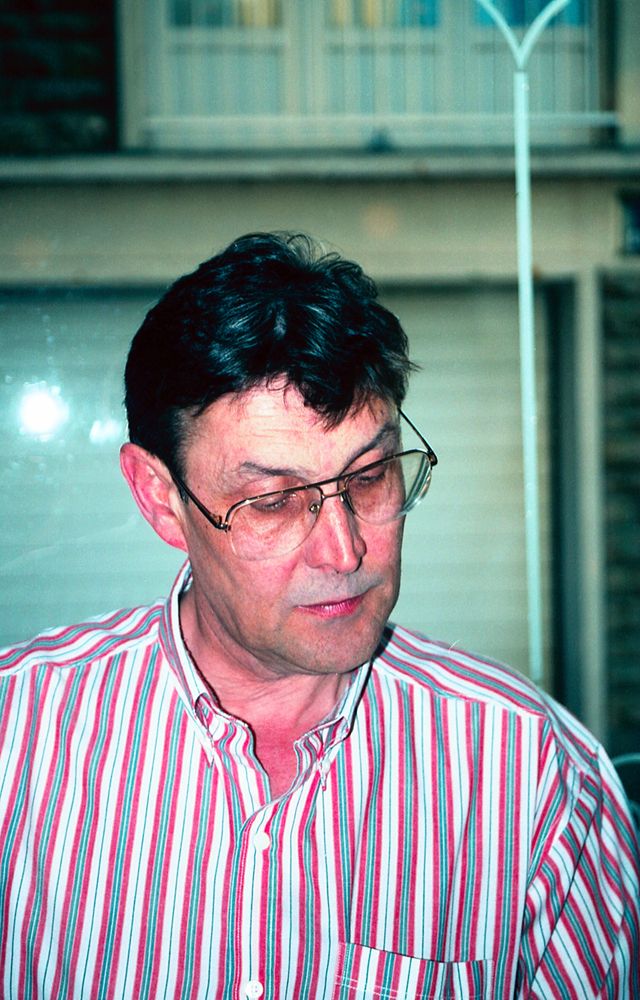 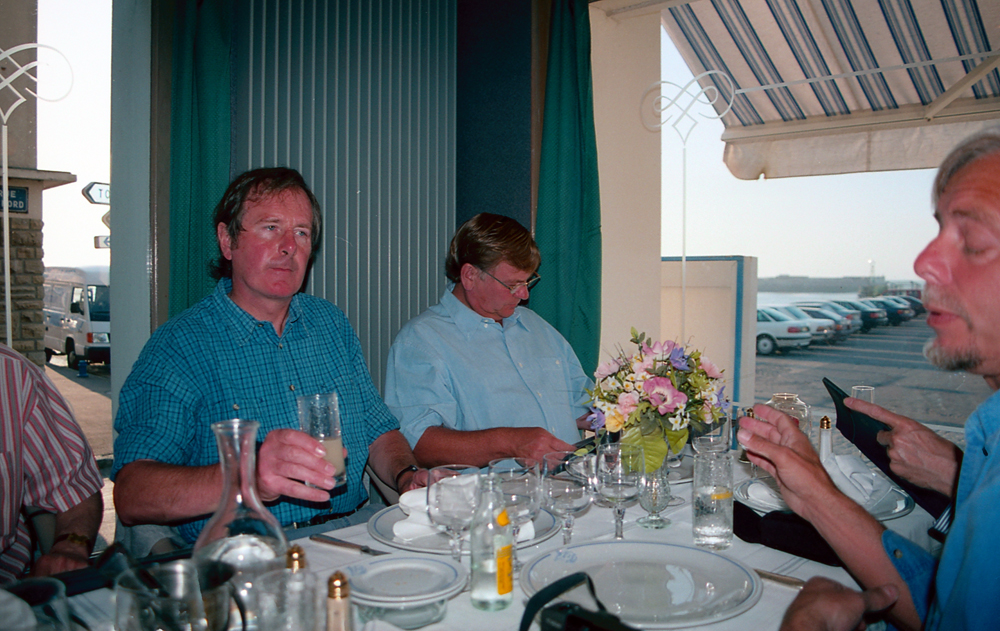 We had an excellent meal that evening (there was one fish dish which was particularly memorable, although not sufficiently memorable enough for me to remember what it was!).  After the meal, it was decided that a walk around the harbour would be in order.  It was now about midnight and although I had passed on the almost obligatory glass of calvados, I wondered whether my tortured body could stand the pace!   I hobbled along with the rest around the harbour, where we found that the local fishing boats had arrived back in port and were unloading their catches into a large warehouse-type building.  We actually stayed in this building for some time, watching the unloading operation, and marvelling at the huge variety of fish being brought in.  There were small mackerel and herring, through to cod and John Dory (the Saint Pierre I had eaten at Le Belinois on Saturday evening), and very large rays.  Some of the fish were incredibly ugly, but I was sure they would taste far better than they looked!   After this, it was time to wander back to the hotel and retire to our beds.  I suppose it must have been after 1 am by the time I got off to sleep. 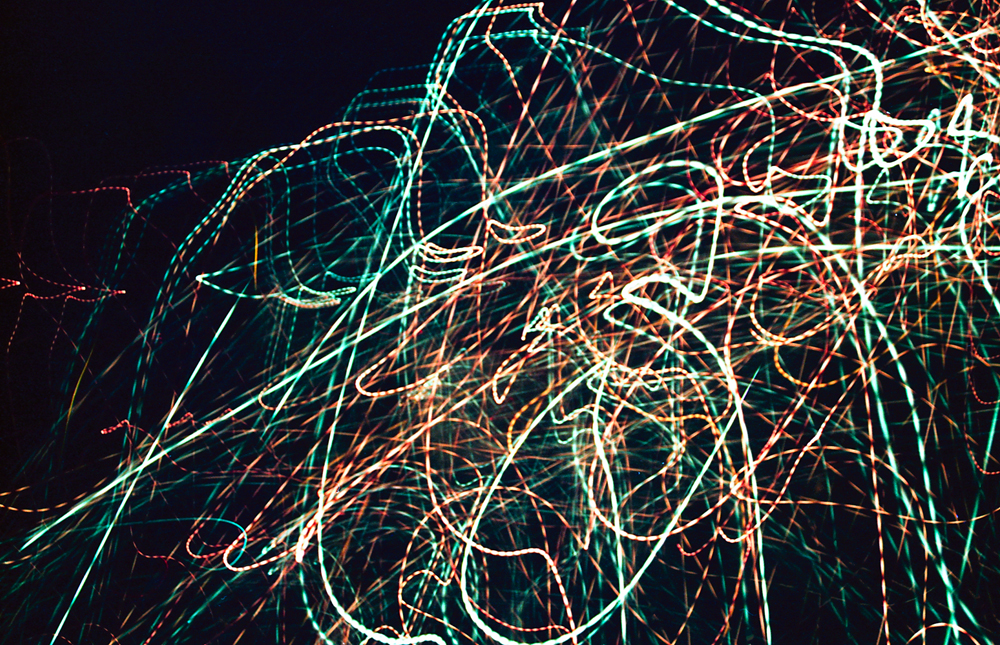 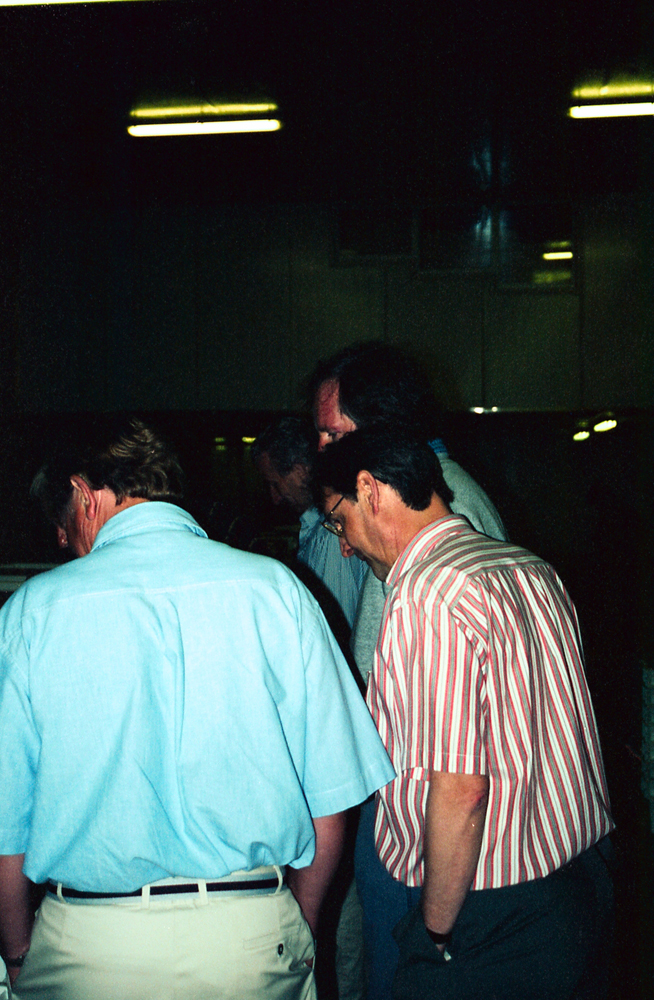 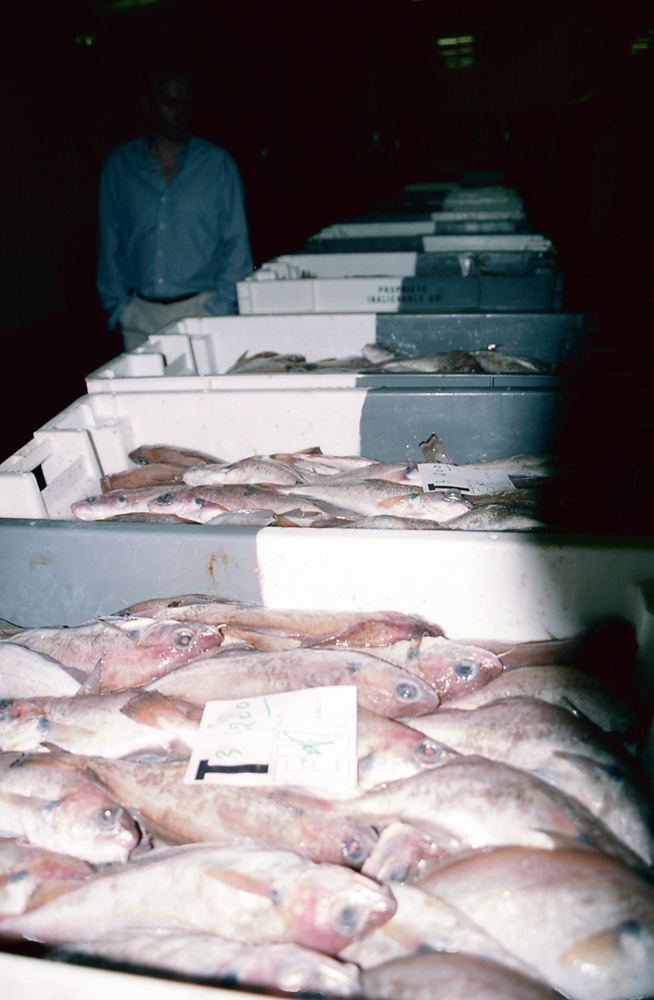 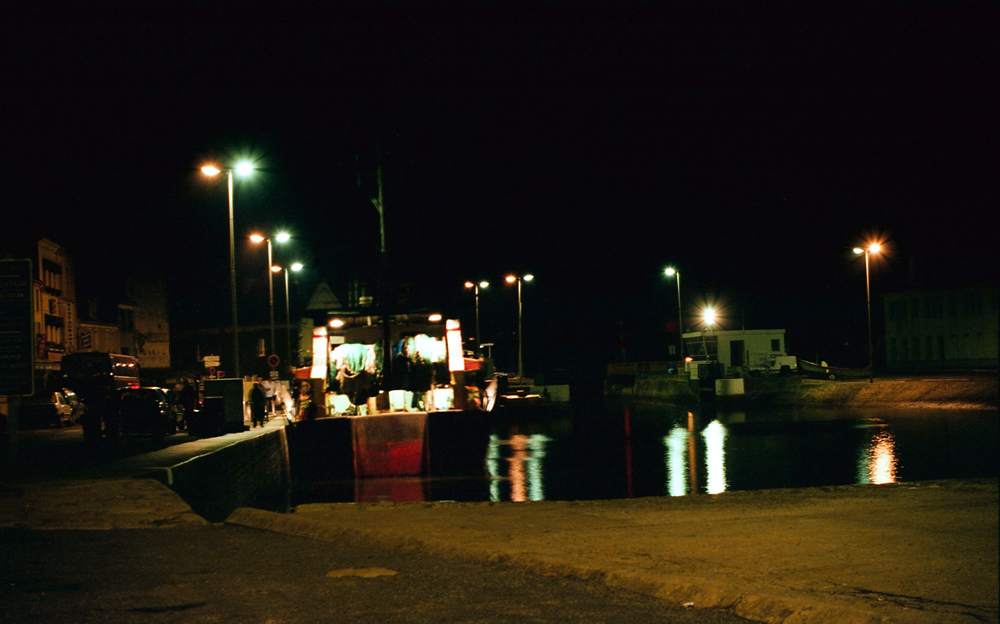 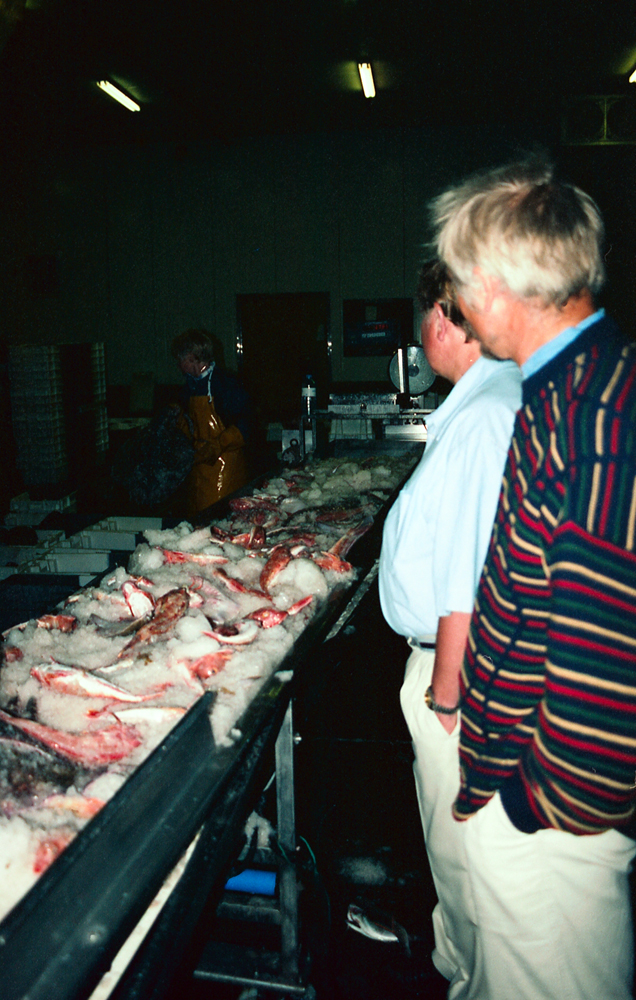