We were now approaching the final stages of the race, and although the gap between the leading Joest WSC and the first of the Porsche GT1s was only one lap, it seemed clear that the Joest car had it sown up, provided it didn't hit problems.  Of course, anything can happen at Le Mans, as the Brun team will remember after losing 2nd place in the dying minutes of the 1990 race, and the Joest team itself will know, losing their second car here this year during the last hour of the race. 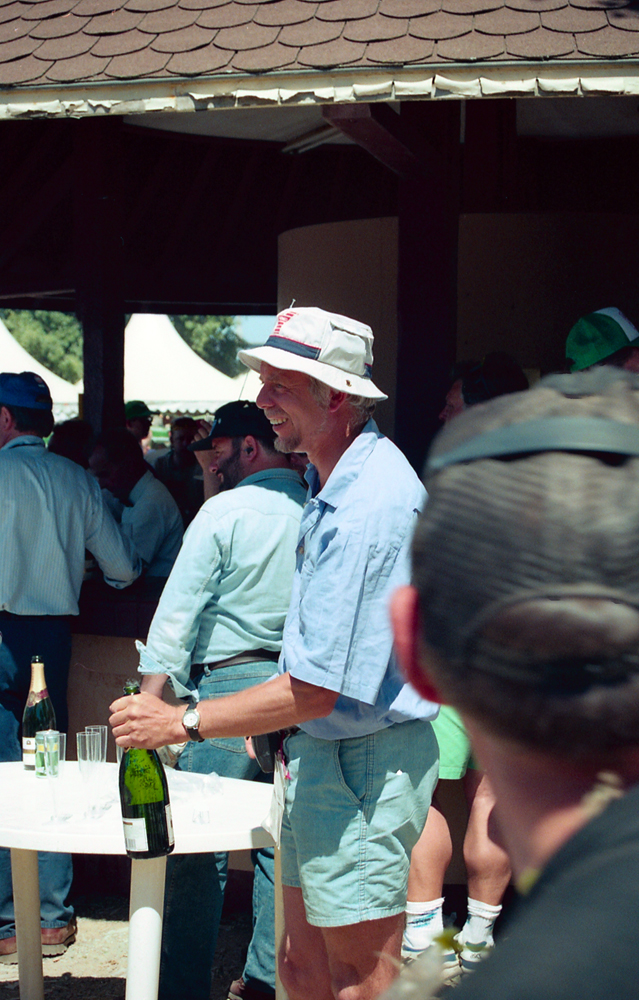 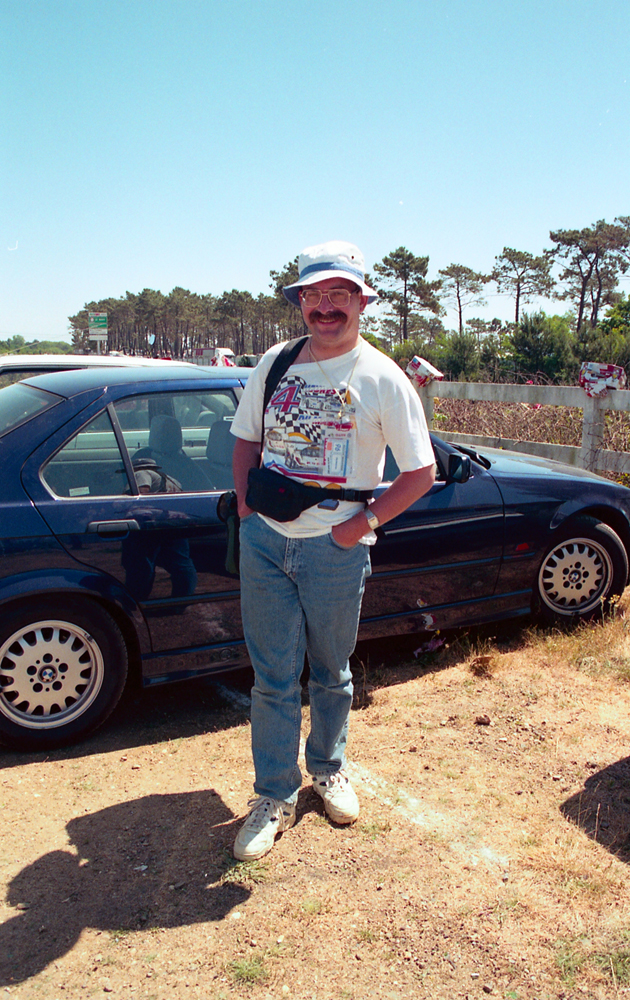 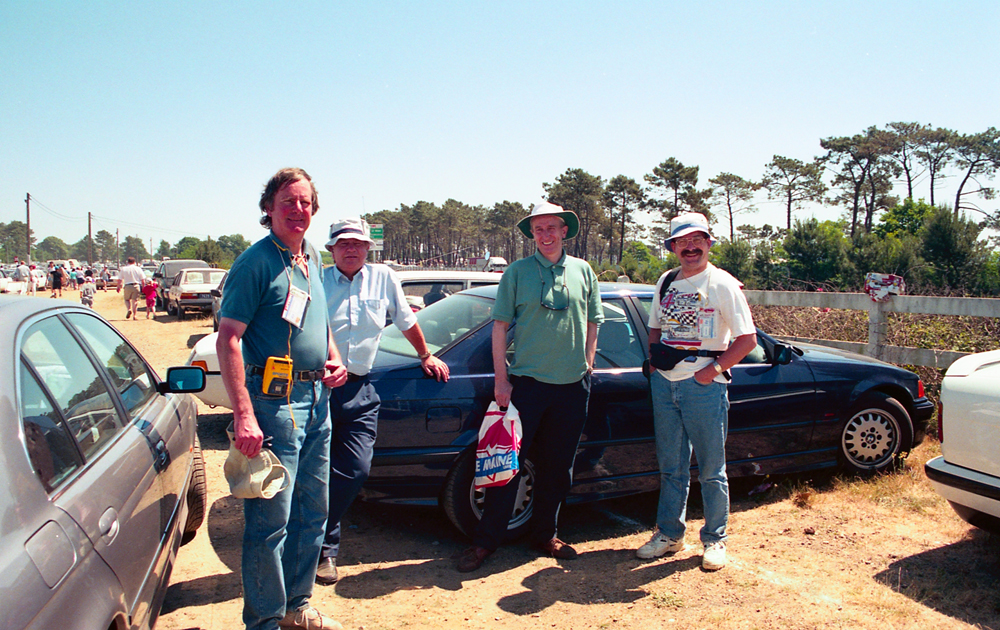 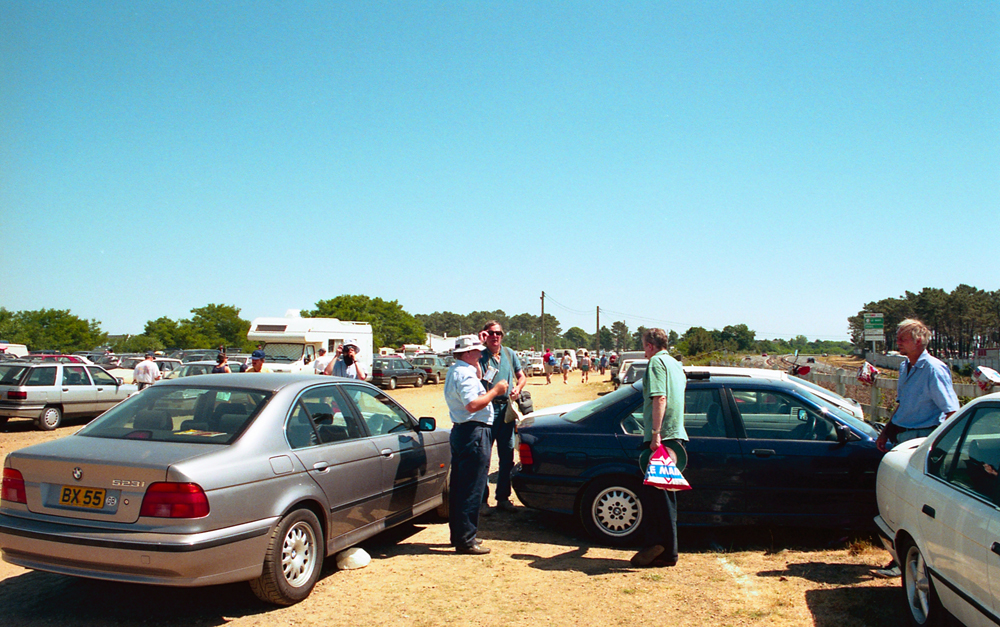 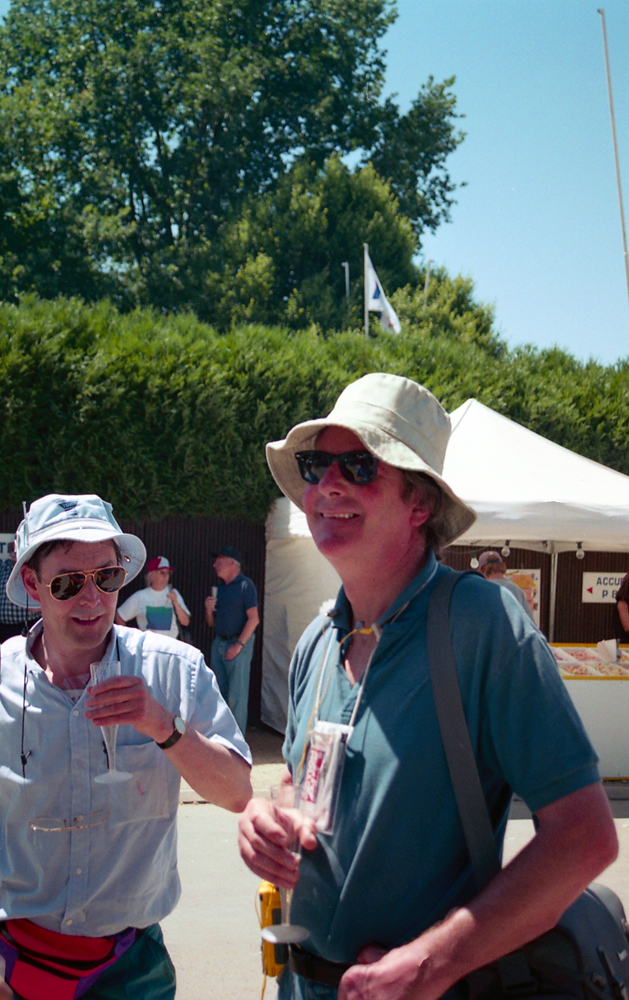 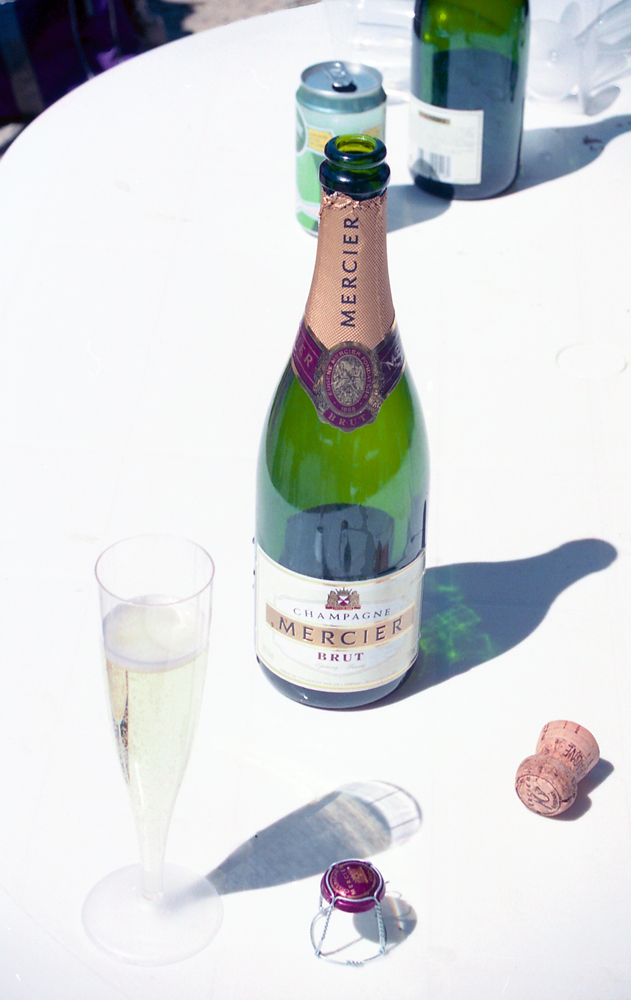 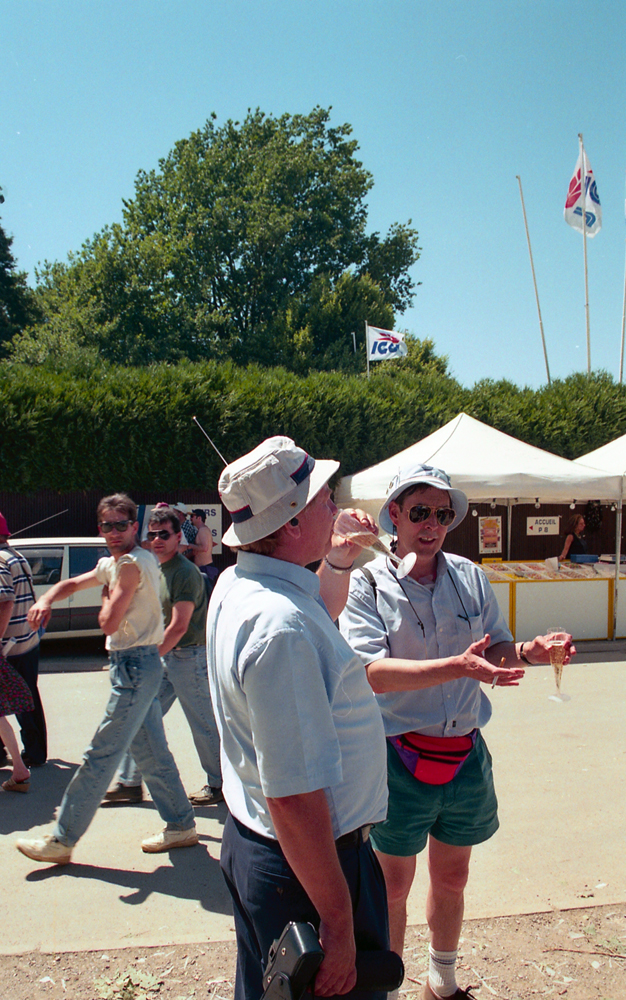 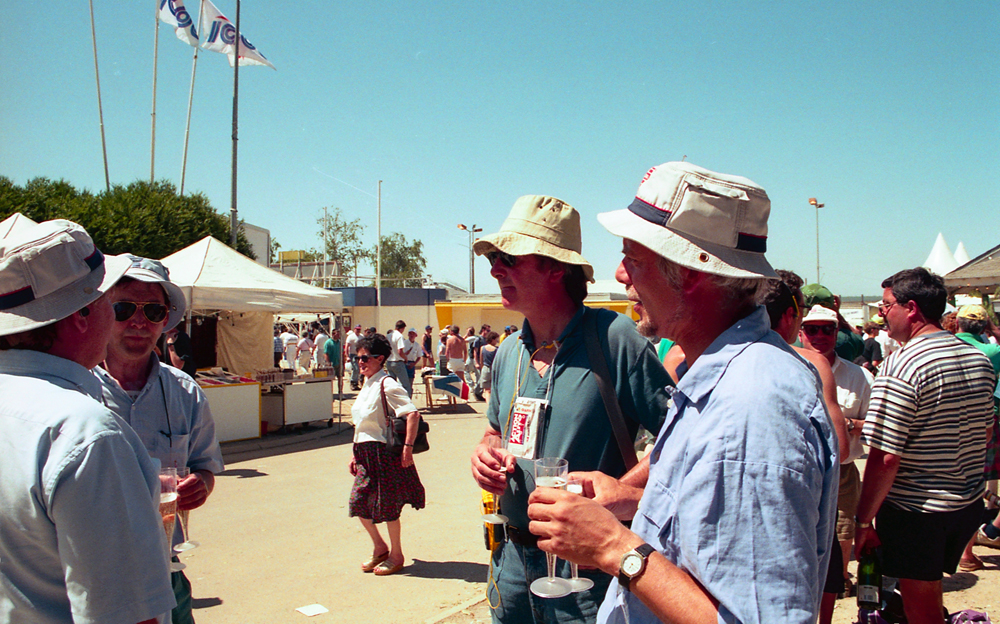 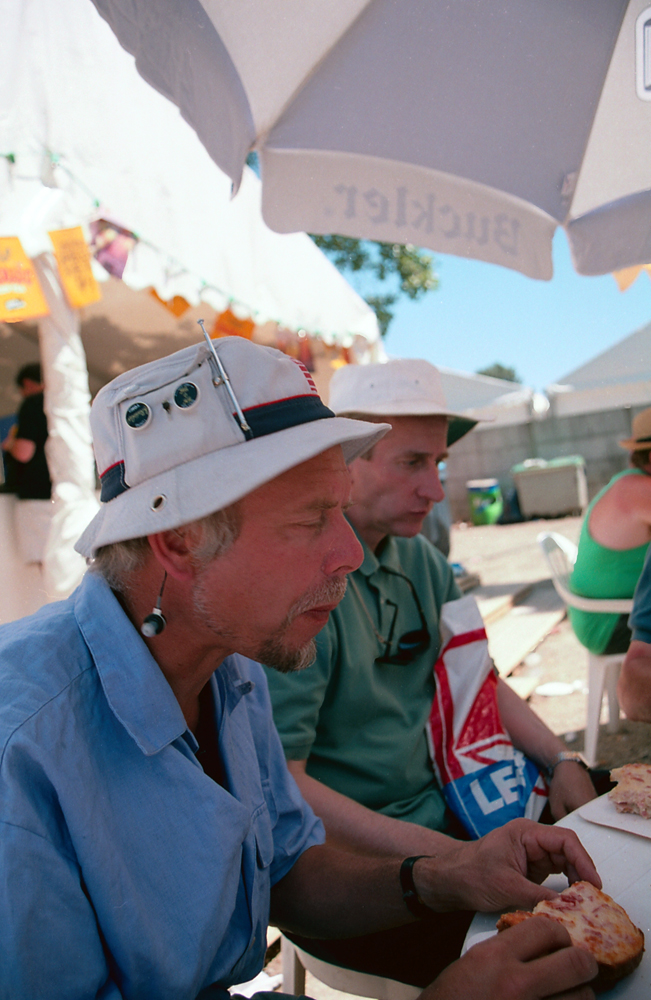 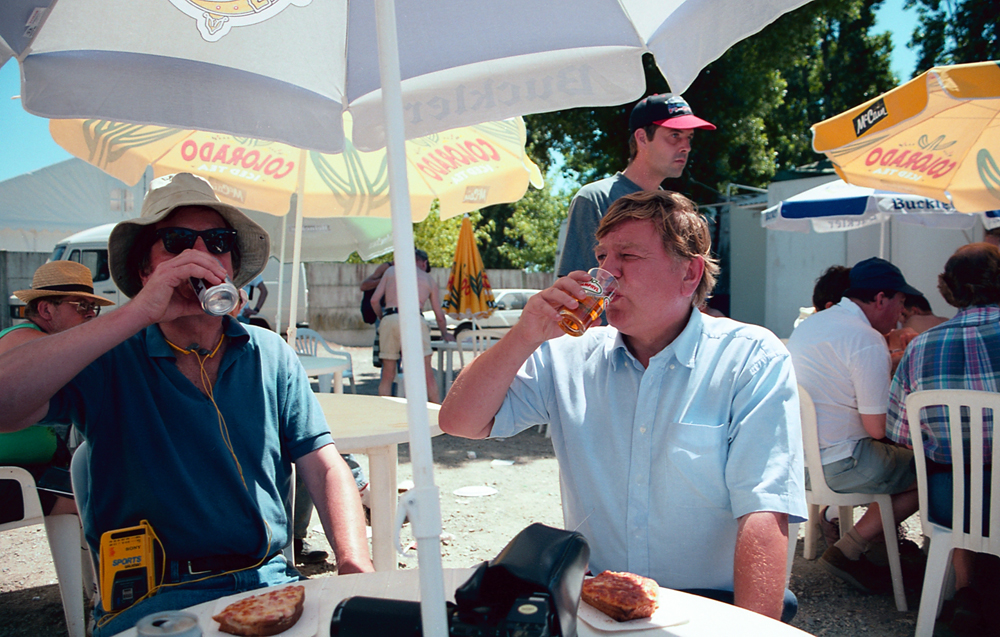 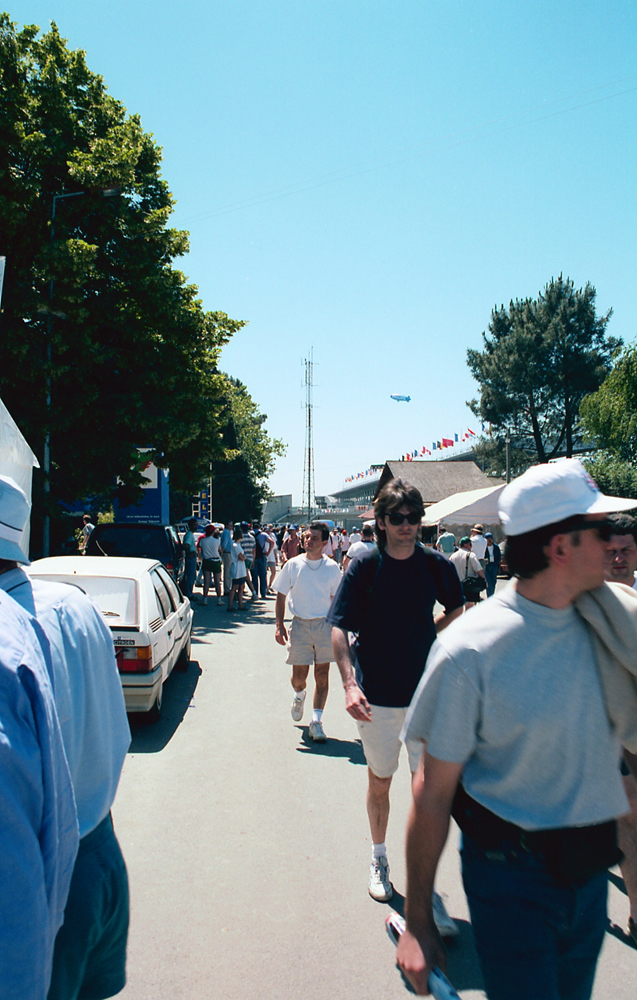 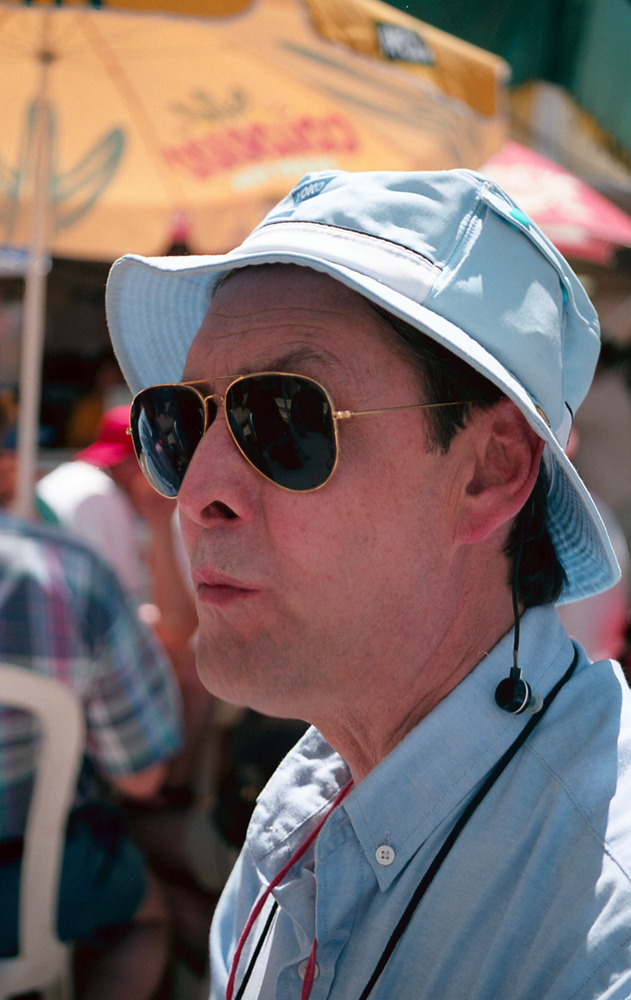 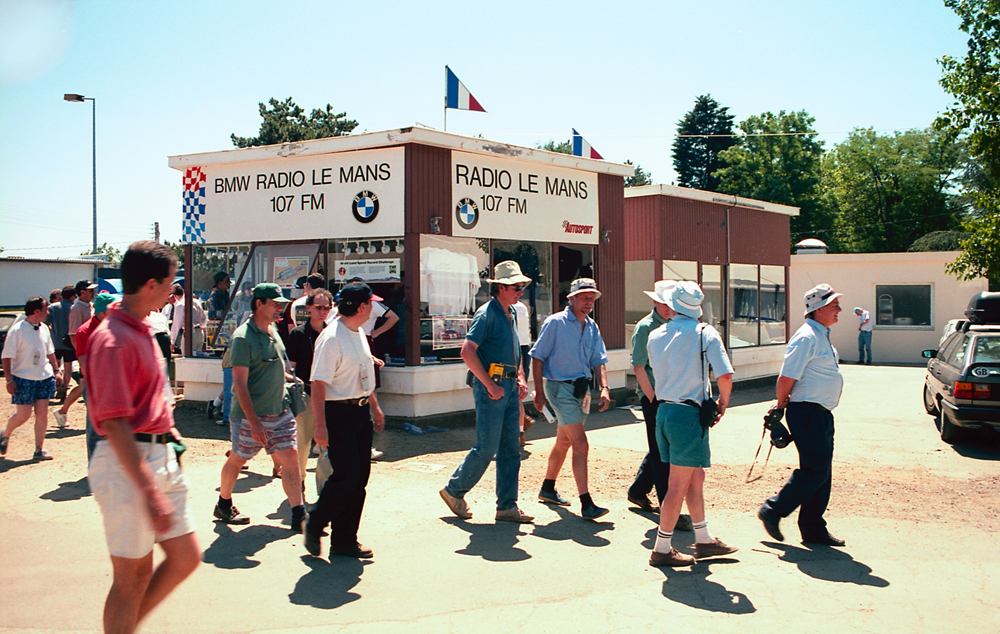 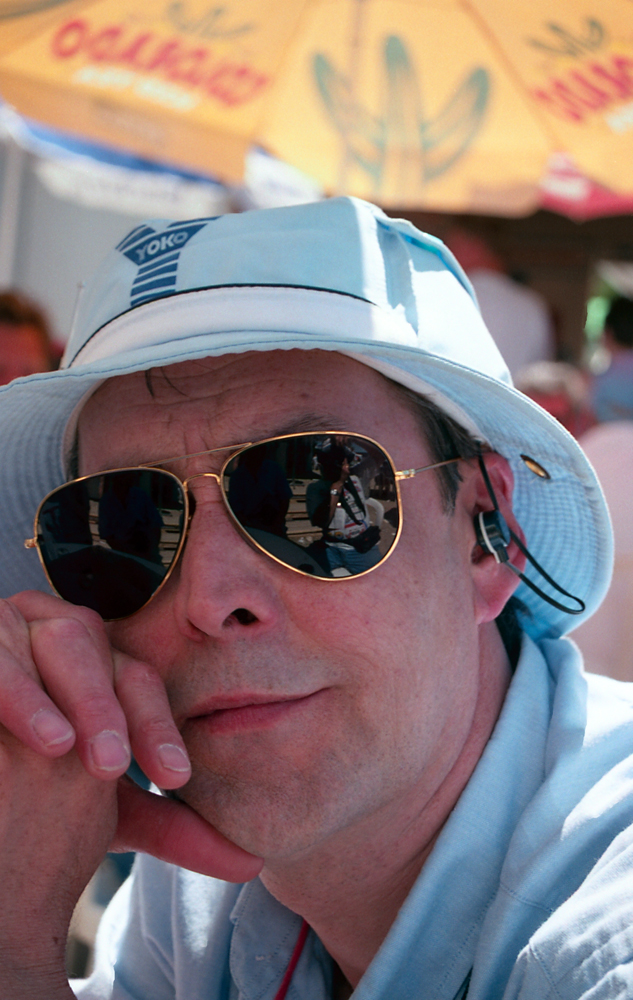 It was time for refreshments for us however, and the first port of call had to be the champagne stall.  Jim kindly obliged us with the first bottle of champagne of the week-end, a glass or two of which went down exceptionally well.  I was sure that it would aid my sleep (not that it was likely to need aiding), on the journey away from the circuit, just an hour or two later...    We were all a little peckish as well, and we decided to indulge in croque monsieurs all round.  I had one of these on the Normandie going over to France last year, and didn't think a lot of it.   As it happened, these croque monsieurs were very good indeed, much better than the Brittany Ferries version, and certainly filled a gap!

After this, it was time to head off to the stalls to try and find suitable t-shirts for the boys.  The t-shirt situation has deteriorated considerably at Le Mans over the last three or four years, almost alongside the demise of the TWR Jaguar team.  Good t-shirts can be bought, particularly from those teams such as Gulf or Harrods with major interest and sponsorship, however these are very expensive, and you could be looking at paying anything between £20 and £30 for one t-shirt.  I can't afford that, I'm afraid!   I had earlier bought the boys a couple of pencil cases of a Gulf McLaren, for them to add to the Jaguar examples which I had bought last year.  For the third year running, I didn't bother to buy a t-shirt for myself.   The various purchases having been made, it was time to head back to the tribunes for the last half hour of the 1996 Le Mans 24 Hours.  I didn't fall asleep on the tribunes, as I did in 1994, however, with the race well settled in favour of Joest, the rather familiar anti-climactic end to the race soon came.