The weeks and days prior to the race flashed past and I gobbled up every snippet of information about the forthcoming race (saving all the cuttings from Autosport, as I had done for the past few years, to supplement my photograph albums in due course.  The pre-qualifying sessions for the race were held at the end of April, from which it seemed that the Ferrari 333SP’s looked very strong this year, obviously anxious to make up for the pitiful privateer showing last year.   The GT class also looked good, with the Gulf and Bigazzi McLaren teams setting good times.  As for the factory 911 GT1s, as I said earlier there was a definite feeling that they were holding back.  Could the brand new car win first time out for Porsche?   The team for 1996 would be a relatively small one after the larger groups in 1994 and 1995.  There would be only six of us, including the "gang of four", myself, Ian, Martyn and Alan.  We would be joined again by Jim, who had obviously enjoyed 1994 and 1995.  Another who must have enjoyed 1994 was Nick who had decided to venture to La Sarthe with us again.  I must admit that I had labelled Nick as a one-race man - perhaps the bug had bitten him in a small way as well...    Our drivers for 1996 would again be Ian and Martyn.  Ian still had his very smart 325i, but Martyn had just bought a splendid new 523i.   Jim and I joined Martyn in the 523i, while Nick and Alan would be chauffeured by Ian.

The plan for the week-end was as in the previous two years, albeit with one, quite major difference.  As before, we were catching the 7.45 am ferry on Friday from Portsmouth to Caen (Ouistreham), now the standard route, arriving in France at about 2.00 p.m., French-time.   In 1995 we had driven a considerable way down towards Le Mans on the Friday afternoon, making our overnight stop just outside Mayenne.  This year, the plan was even more ambitious.  We would actually be travelling down into France so far that we would go about 50 miles past Le Mans.  Our overnight stop was to be at a place called Vendome.  Ian had again stuck a pin in his Michelin guide and picked out the Auberge de la Madeleine in Vendome, and obviously crossed his fingers thereafter.    I was actually delighted, as it meant that there was just a chance that we would be able to get to the Circuit des Vingt-Quatre Heures good and early on the Saturday, something which we had hoped to achieve last year, but didn't actually manage.   The rest of the weekend, as planned, mirrored 1995, as the overnight stop at Le Cheval Blanc in Le Grand Luce had again been arranged.  (Ian told me that, when he telephoned to try and make the booking there, having left it rather late, he was told that there were no vacancies.  When the proprietors enquired who was calling however, they recognised him immediately, and told him that they had already booked the group in, assuming that we would be going there anyway!  Its not what you know.........!).   Two other elements of the trip also remained the same.  Le Belinois at Moncé-en-Belin had again been booked for our Saturday evening meal.  I wasn't hugely chuffed about this bearing in mind that the standard of the food, and particularly the service provided in some years past had not always been consistent.  Nevertheless, it was a known quantity, and, more importantly for me, it was close to the circuit.    On our return from the circuit on Sunday evening, we would be staying at the Hotel Restaurant La Marine in Port en Bessin, as in 1995.  I was pleased about this, as I had found Port en Bessin a delightful place, and the hotel very satisfactory indeed.

Friday 14th June, 1996 soon dawned and I set off, having packed all my bags the previous day.  Jayne was absolutely marvelous, no sign of any cold shoulders on this occasion!  Even though I knew that she didn't really want me to go, she gave me the nicest send-off for several years.  I was really pleased, as (although I'm sure she doesn't really appreciate this), it makes so much difference to the whole week-end.    I had agreed to pick up Nick from his home in Minstead.   I did eventually find his house, together with a much shorter route to it.   I got to Nick's house at about 5.45 am on the Friday morning.  He was all set and we loaded up his bags and set off for Ian's home in Chilworth.  We arrived there a little early, and so Nick and I took a wander up the road, Nick, being an estate agent, explaining to me some of the property moves in which he had been involved in Chilworth - he pointed out some very desirable residences! 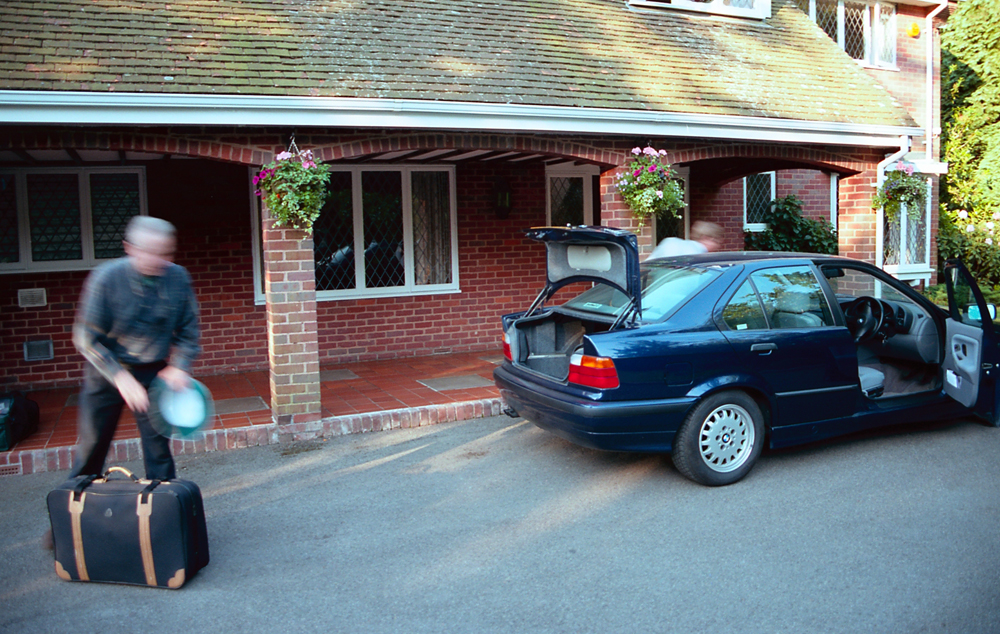 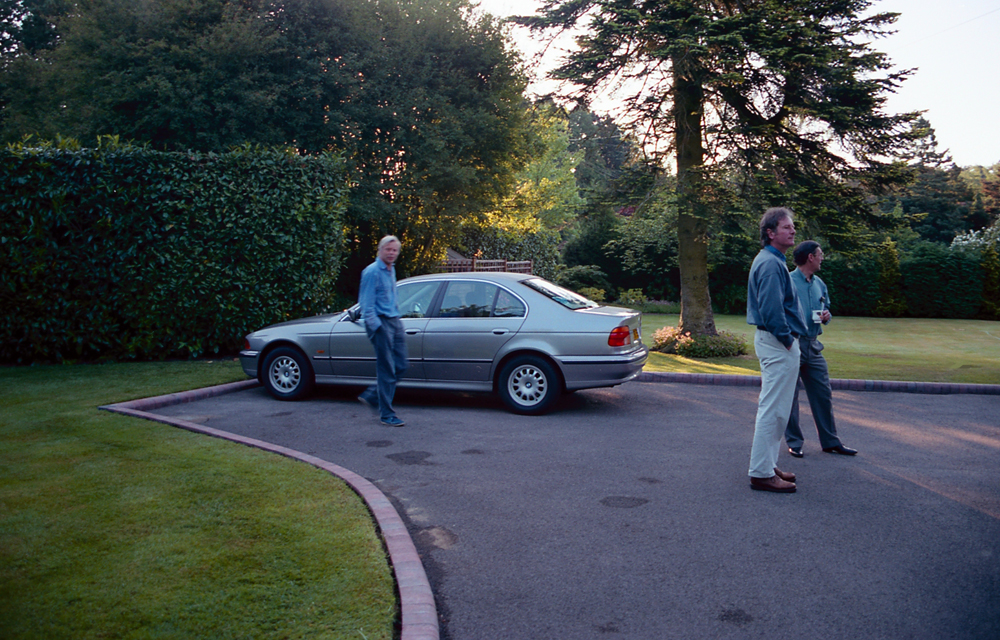 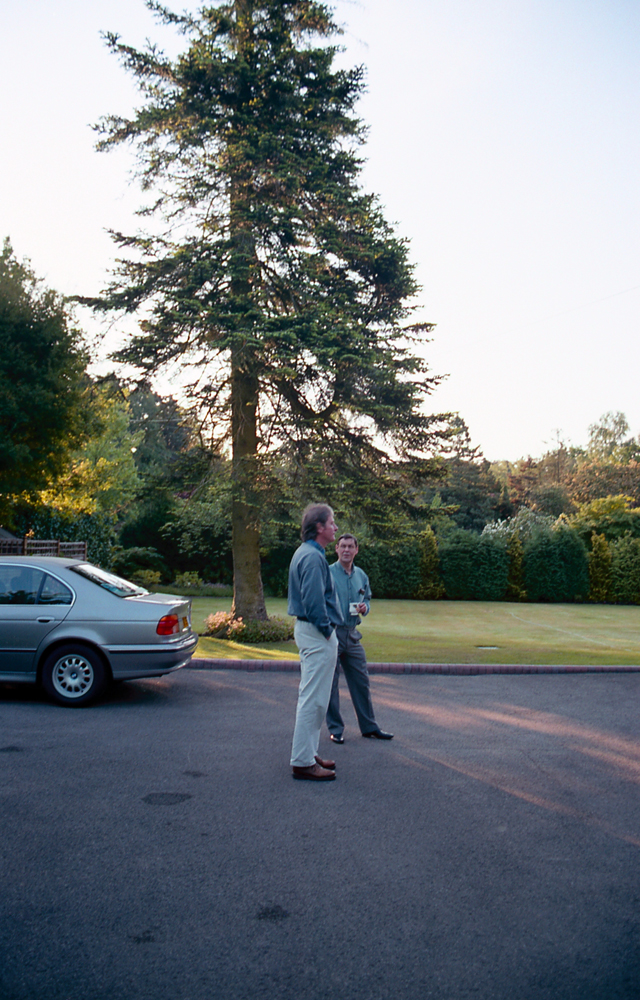 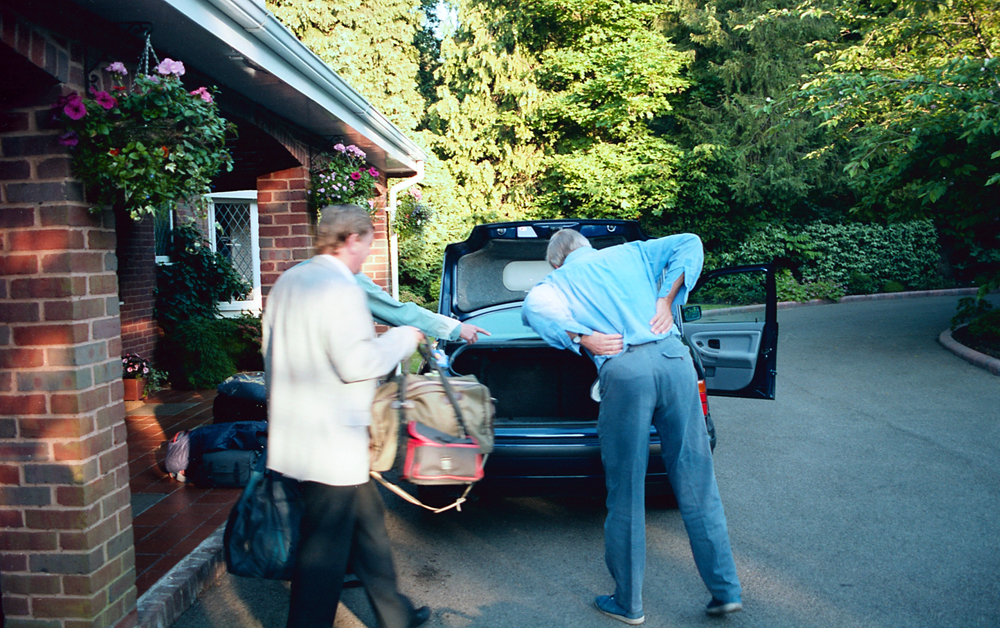 We returned to Ian's house, not only to find Ian and Martyn up and about, but also Jim and Alan, who must have arrived shortly after us.  After a cup of Carole's excellent coffee, Alan and I moved our cars over to Richard Smith's house (so they would be out of Carole's way!).  Unfortunately, Richard wasn't joining us this year, like Chris, permission to attend had not been granted!  (It made me feel very lucky, indeed!).   The luggage was soon loaded into the two cars, and we set off for the ferry terminal at Portsmouth at about  6.45 am.  It was quite a luxury to have only six team members sharing two cars, as it not only meant plenty of space for the gear in the boot, but also plenty of space for us in the cars, unlike 1995 when we had squeezed nine of us into two cars.    We made our usual stop at the petrol station outside the ferry terminal and it was then into the queue for the ferry.  Things moved on remarkably quickly at this point, as within five minutes or so, we were onto the ferry, both cars being parked very close to each other on the upper deck.   We made straight for the restaurant for breakfast.  As in 1994, we were lucky enough to be able to go in for breakfast immediately, and it was good to tuck into a proper cooked breakfast (although everyone steered fairly well clear of the garlic sausages!).    There is only so much that you can do on a six-hour ferry crossing, and, after reading all of the available newspapers, and sitting outside on deck for a while, we managed to find some couchette seats, and most managed to have a nap.  This didn't include me, though.  I find it almost impossible to sleep in those couchette seats.   Another entirely unremarkable crossing then, as we came into the narrow channel which leads to the ferry terminal at Ouistreham.  By this time, it was very pleasing to note that the sunny weather we had woken up to in the early morning had continued into the afternoon, and showed no signs of abating. 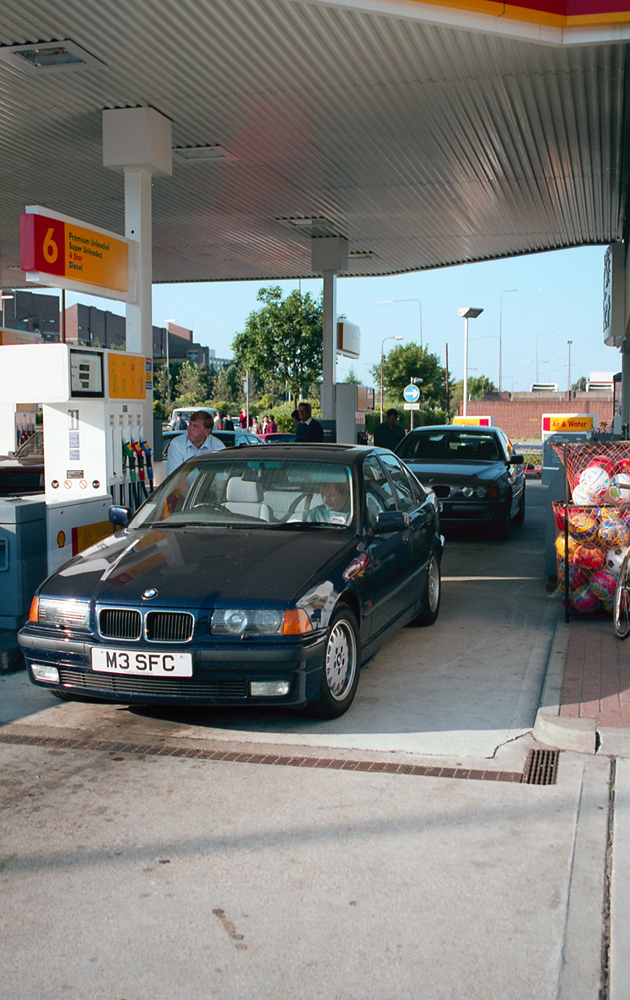 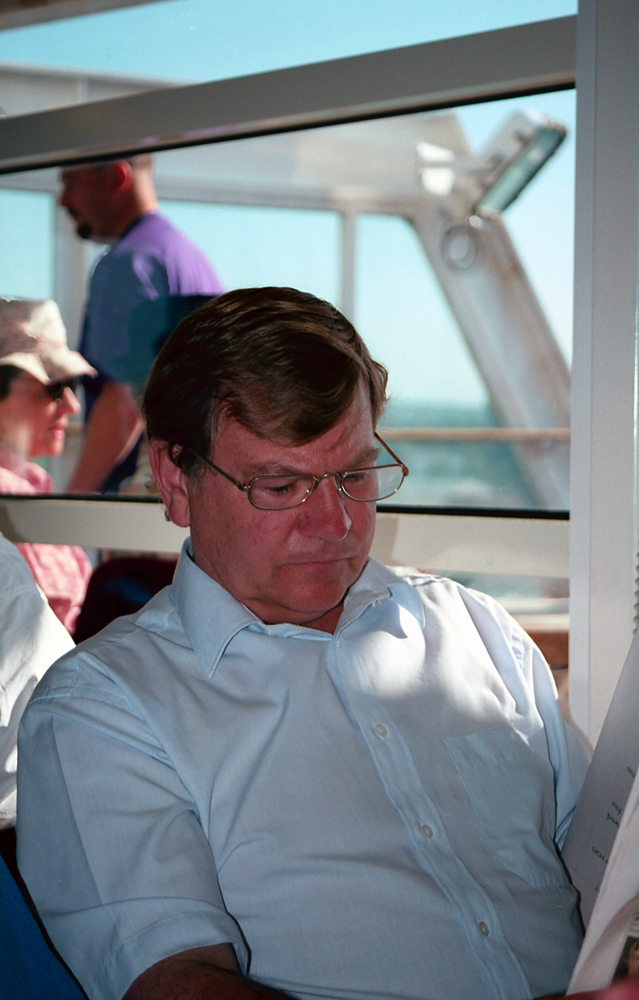 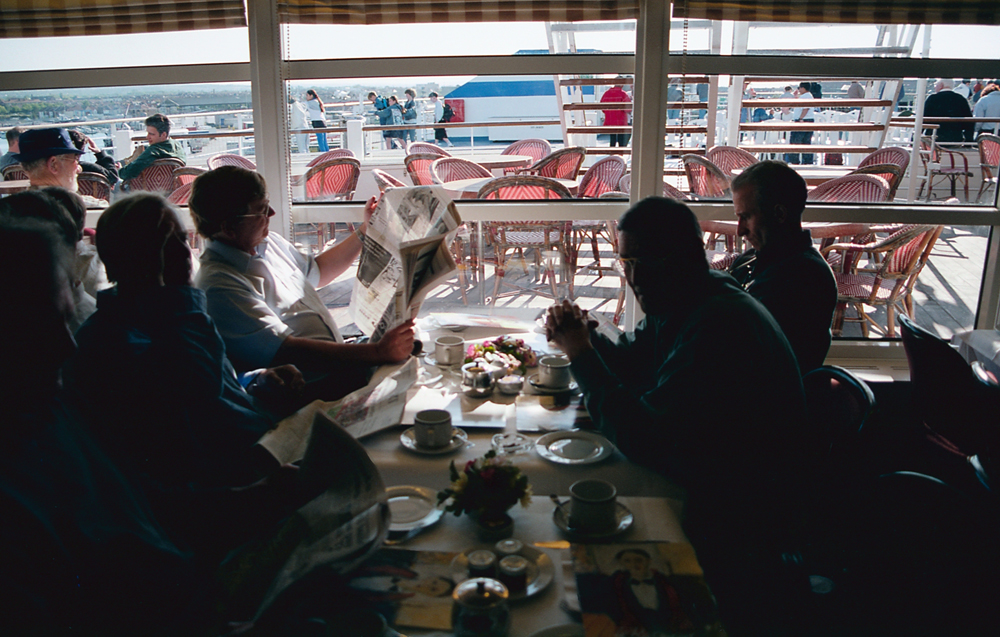 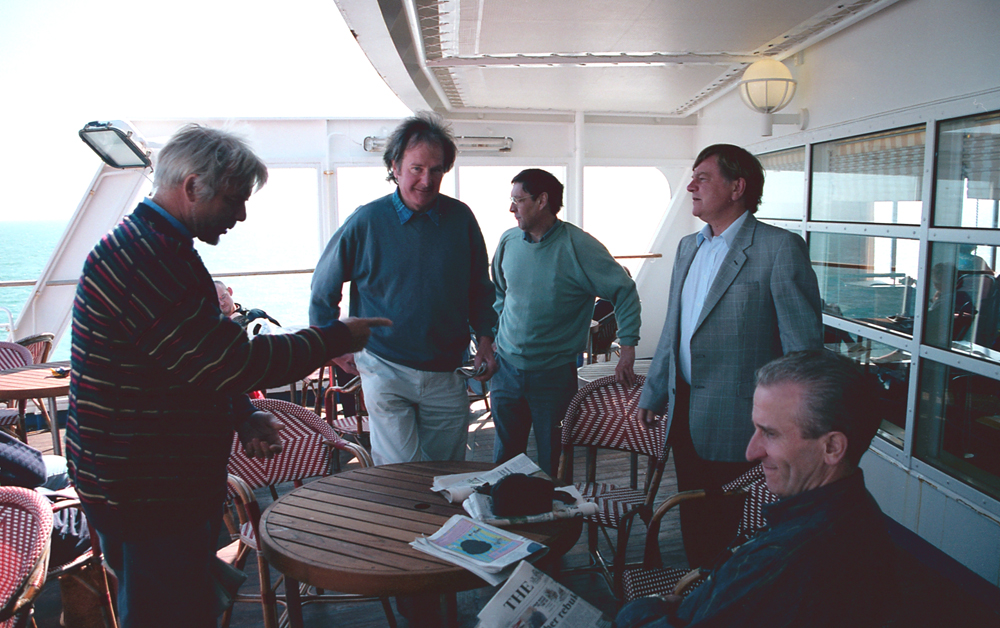 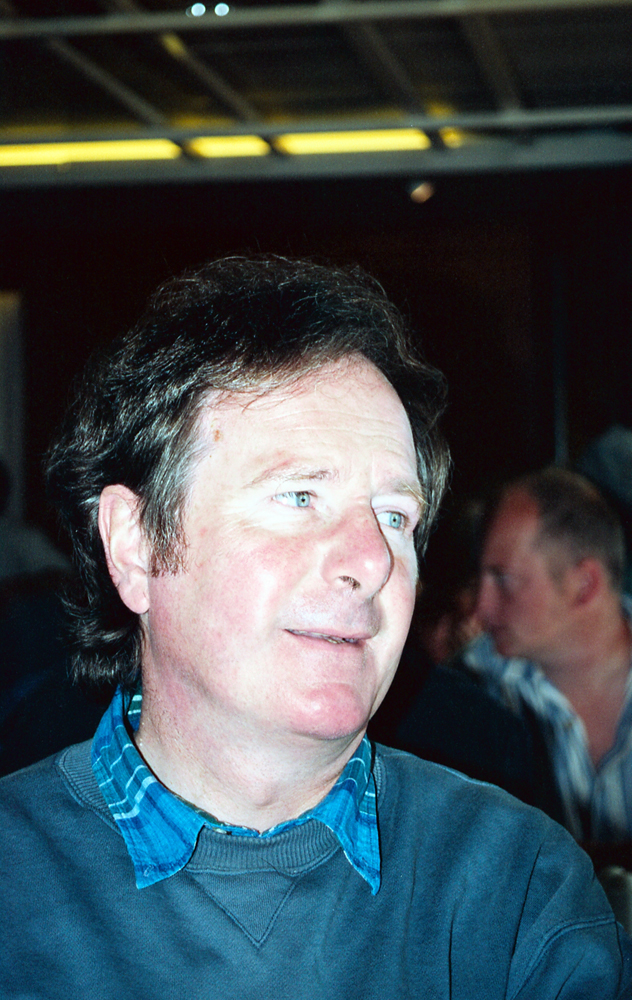 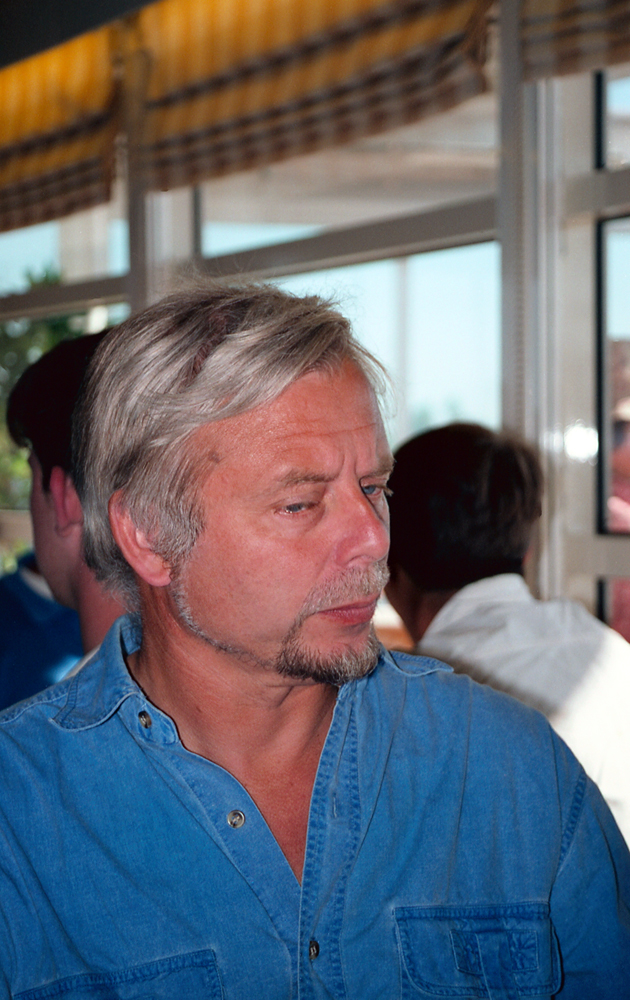 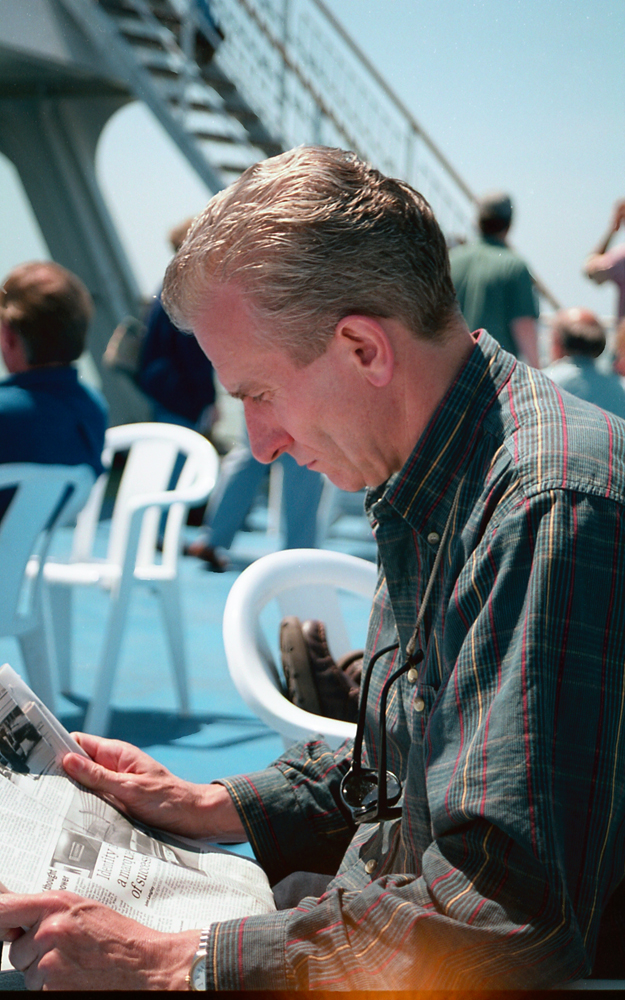 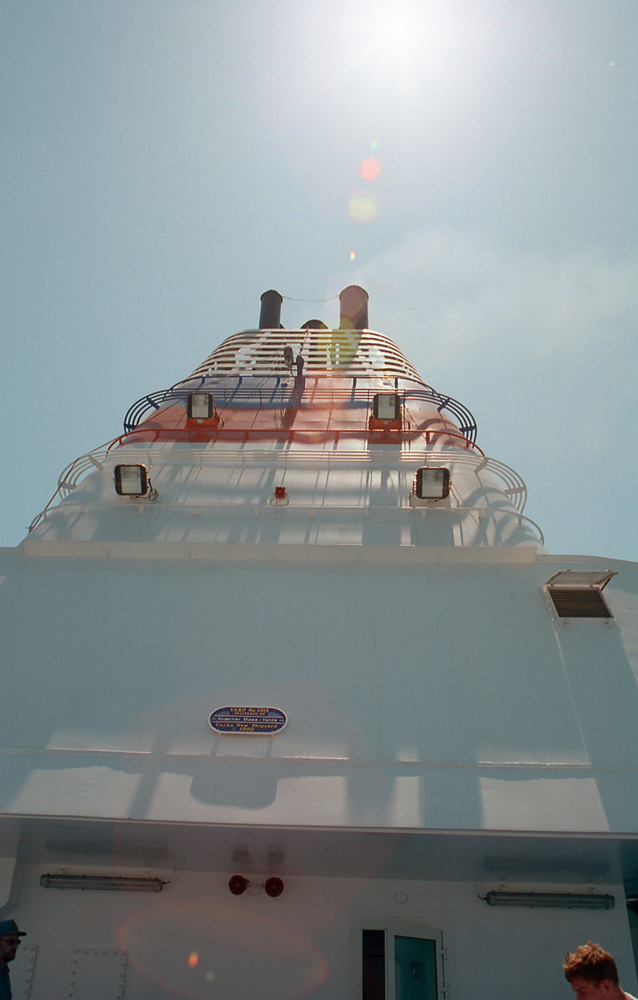 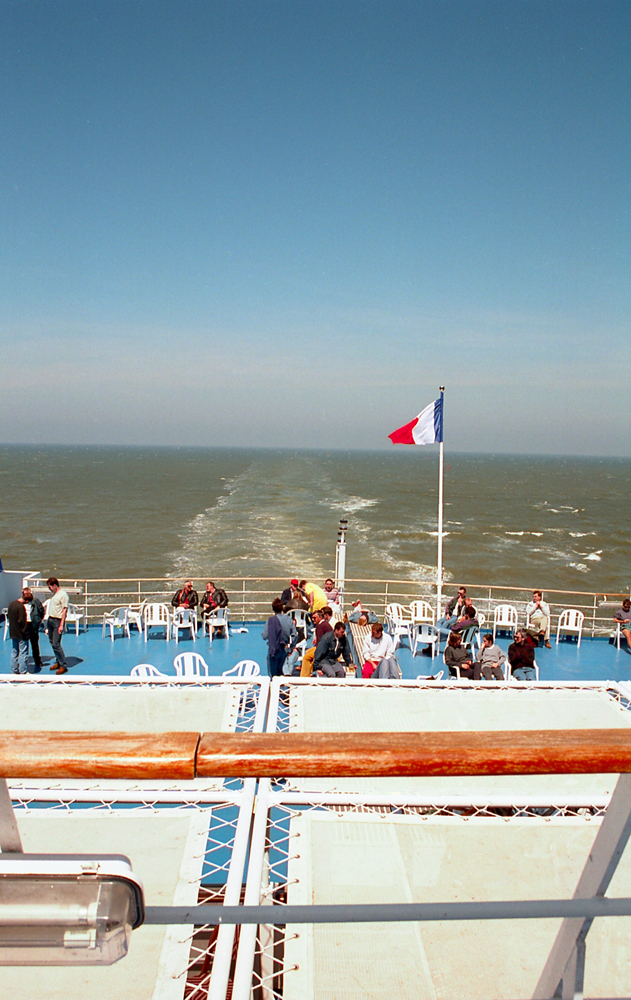 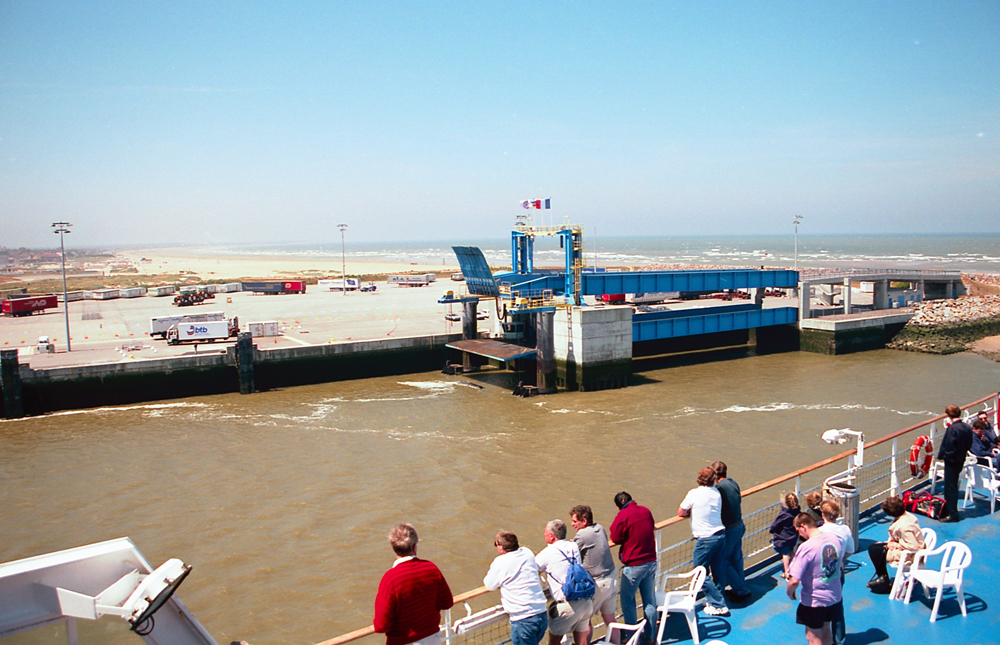 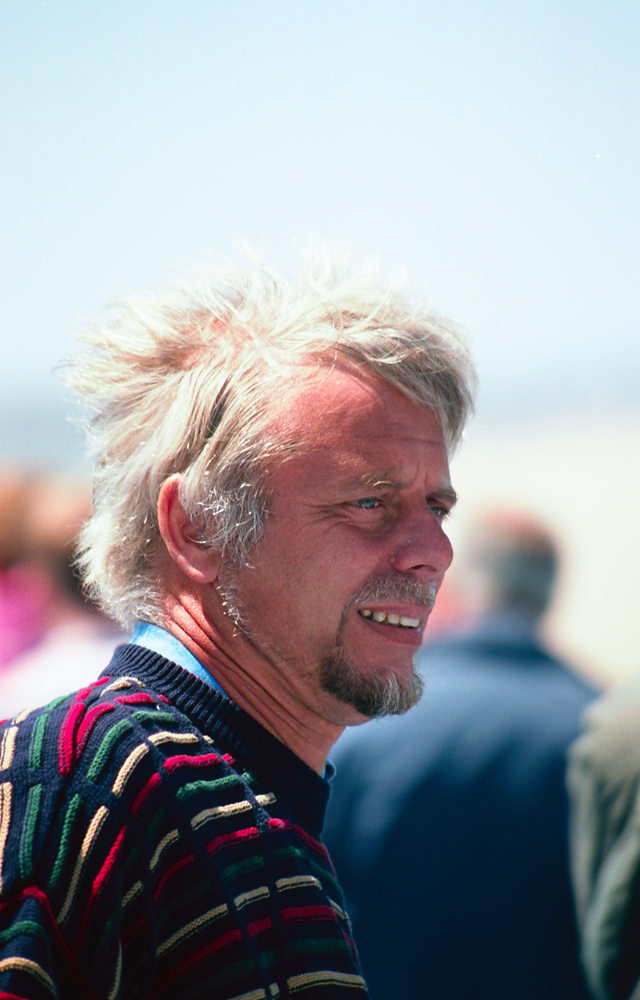 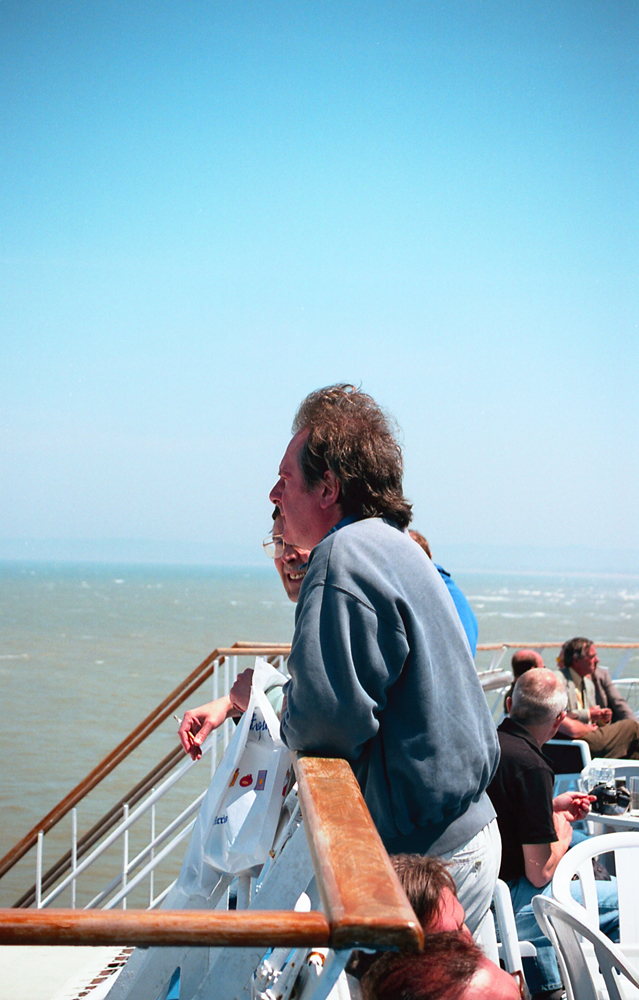 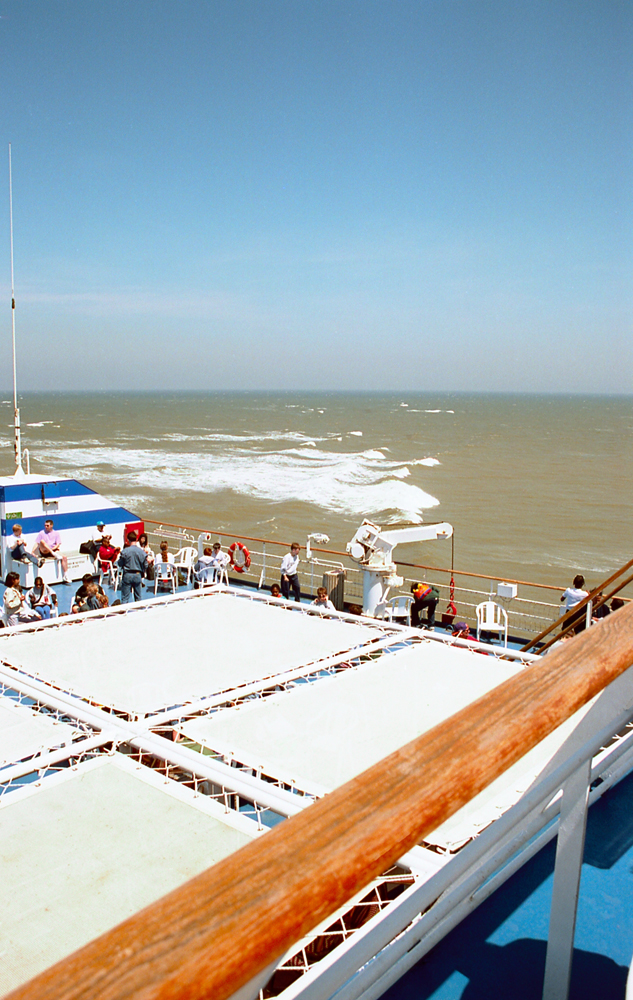 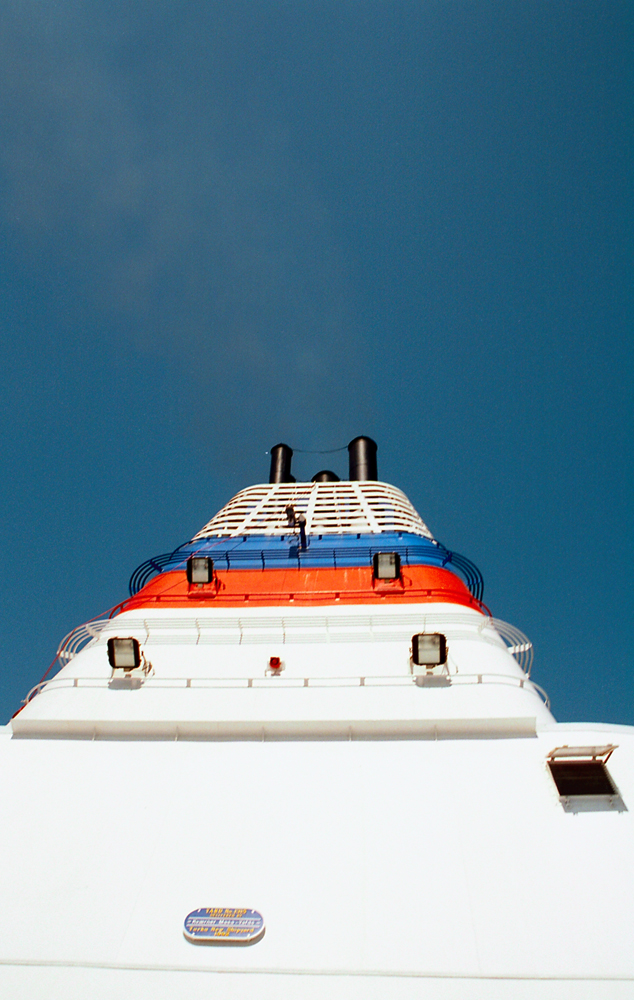 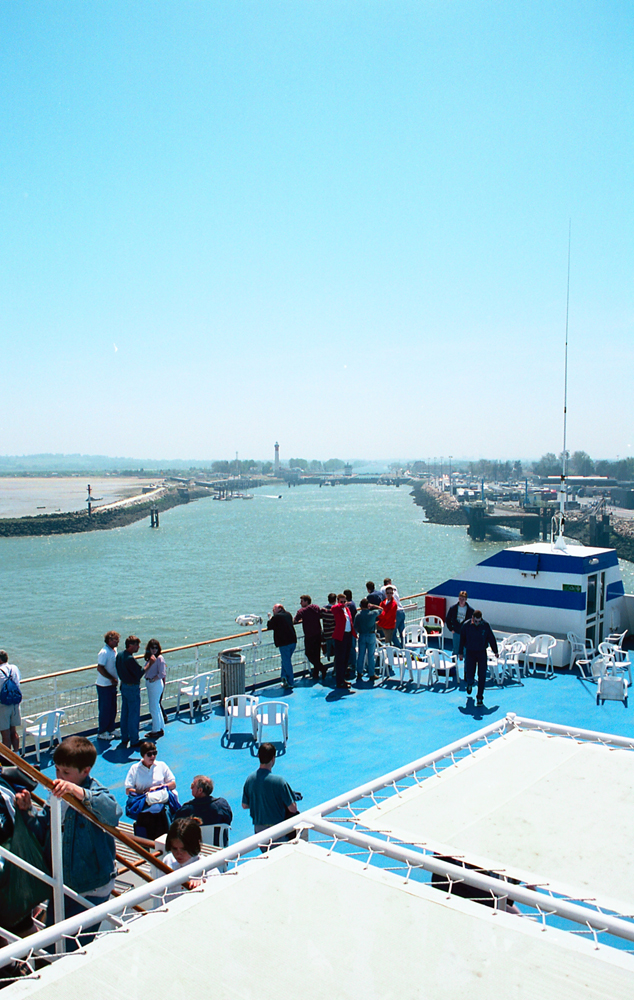 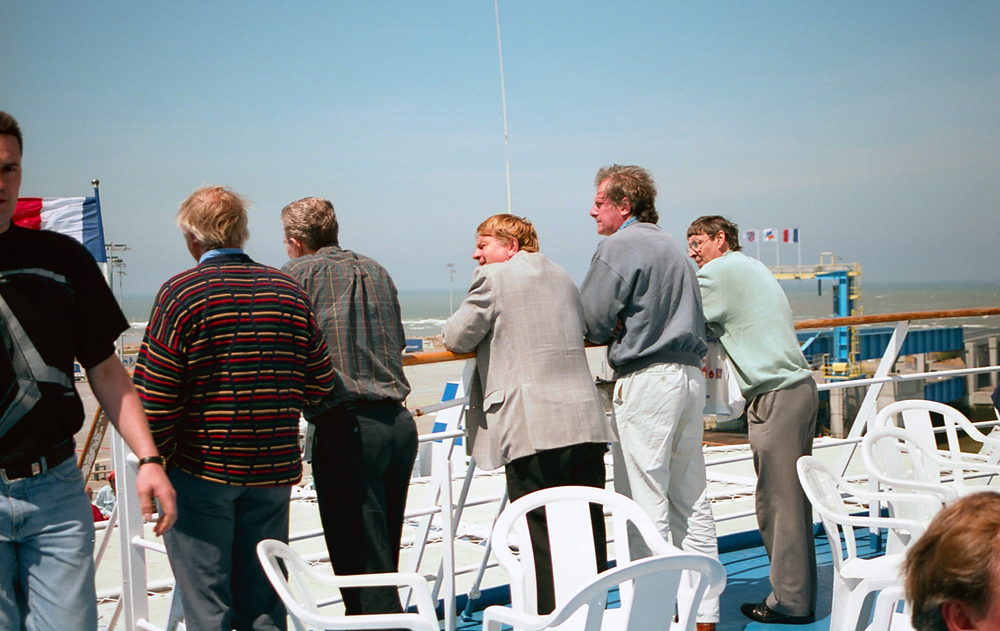 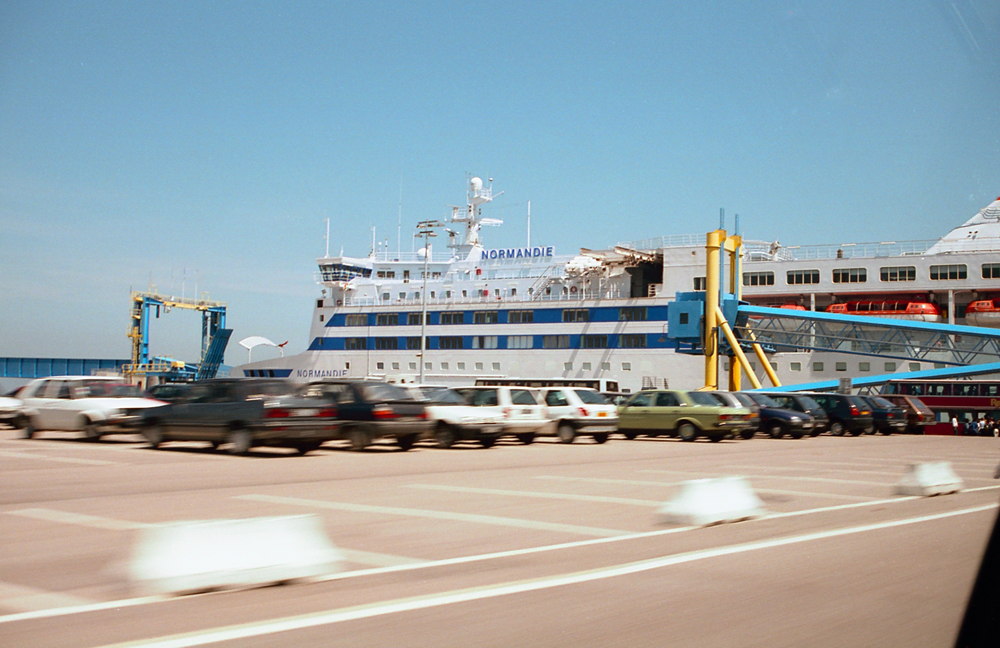