Race Day.  By the time I woke up it was already a full week since I'd boarded the ferry at Portsmouth.  At the risk of going over old ground again, this was now the beginning of the end of the trip, so to speak, with 'just' the race to go.  Its ironic that I have this feeling these days as for so many years I didn't set foot at the circuit until midday (or occasionally later) on race day.  As soon as I experienced the full event for the first time in 2010 I knew immediately that I could never go back to doing Le Mans as a short weekend trip.  There is just so much to experience and enjoy in the full week's run-up to the race and the fact that I've now done it ten times this way doesn't take away the urge to keep doing it!  I know I'm fortunate that I'm able to do it and I live a short hop away over the Channel, unlike some who make long journeys from far-flung places to the hallowed ground every year.

I got a good night's sleep and got up around 7.45 and started sorting out my gear for the circuit.  Bearing in mind that we were only likely to make one short trip back on Sunday morning, it was important to make the right decisions about what to take.  I need to have all my various batteries charged as well as packing warm clothes for the Le Mans race night and plenty of snacks to keep us going during the trace.  James, Lauren and I left the hotel at 10.15 in convoy with Tony (with Allon aboard).  James F and Ramona decided to leave their departure until later.  Despite the circuit and the surrounding roads obviously being busier than before, it was another easy half hour drive in and we were only delayed by a few minutes on the road down towards Parking Blanc where I had a minor disagreement with an officious parking marshal about the exact spot in which to park my car.  He seemed to think that I should be parking another inch to the left in my numbered space, despite having adjusted my car's position twice in an attempt to appease him.  I gave up and eventually so did he when he realised that I wasn't going to get back in the car again!

We made our way in through the now obligatory security search at the entrance, checking in the the shops again before walking up to the tunnel near the Dunlop Curve through into the Village.  Saturday is of course the day of the celebrated Ten Tenths forum meeting.  The meetings had started in 2003, primarily by Pascal, Bernard, myself and my old pal Fabrice Chaplin (aka 'Fab').  Sadly Fab fell out of love with Le Mans some years ago (which in itself is a rare thing), but Pascal and Bernard (as well as Allon who was also at that first meeting) are still regulars, along with Dominique.

We picked up some baguettes to tuck away for lunch later (I seem to recall James getting a baguette which didn't have any of what the main ingredient was supposed to be in it!) and then made our way to the usual meeting spot.  The meeting generally begins about midday and we were the first to arrive early at 11.20.  It wasn't long though before other Tenths arrived, Walter, Pascal, Guy, Matthias, Eric and Stéphane.  Pascal set up the table brought by Simon and Helen, assisted by Vincent and Amandine, and soon all sorts of goodies, both food and drink, arrived on the table.  Sadly I can never remember the names of all those present (and those not name-checked will have to forgive me for that) but other notables included Simon and Helen, Ian and Margaret, Rene, Vincent, Nobby, Peter with his wife Pat, Robert, Sean, Phil, Down Force, Giba, Lancsbreaker, Kenn and Dani.  I also briefly met up with my old pro photographer friend Ker who, like Walter, had to hot-foot it away to take up a spot for photos of the start. 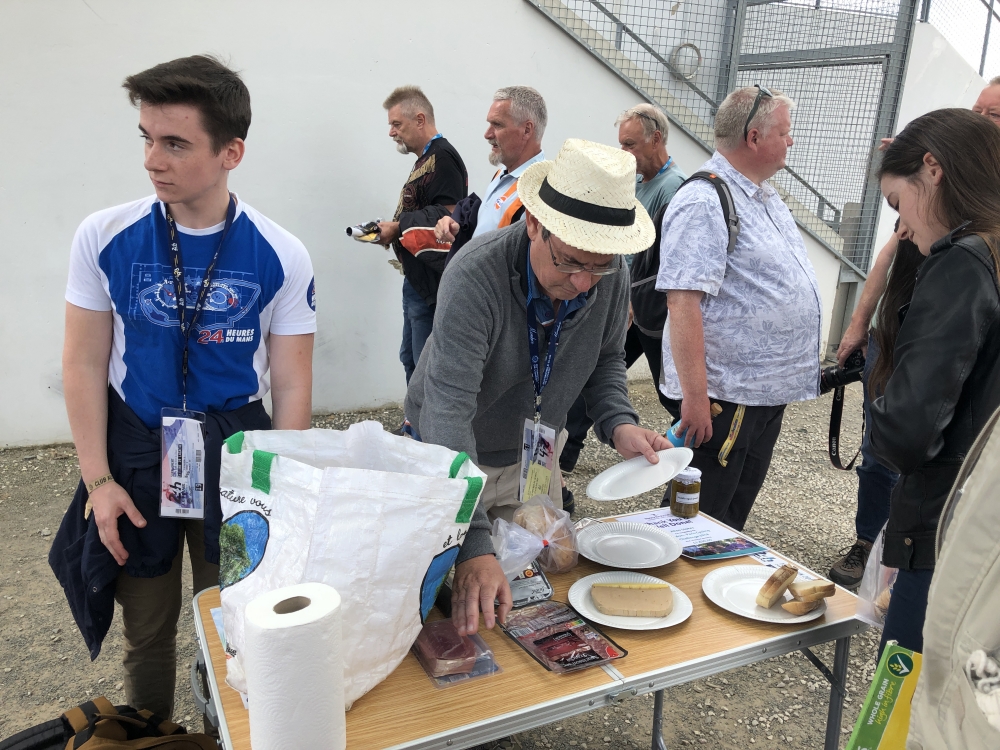 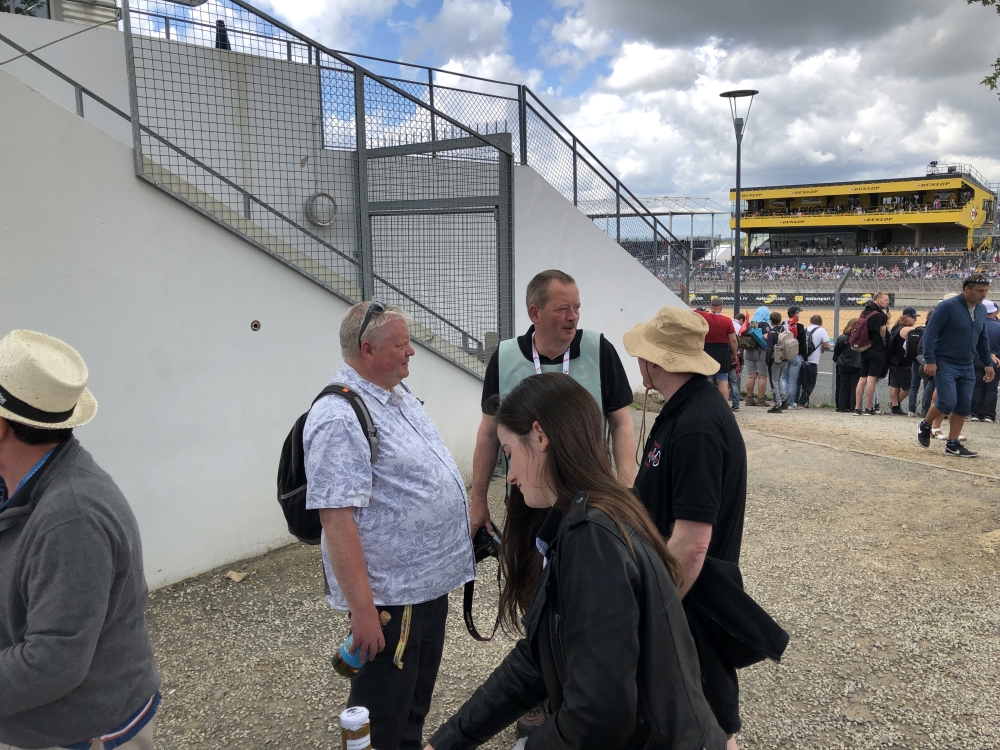 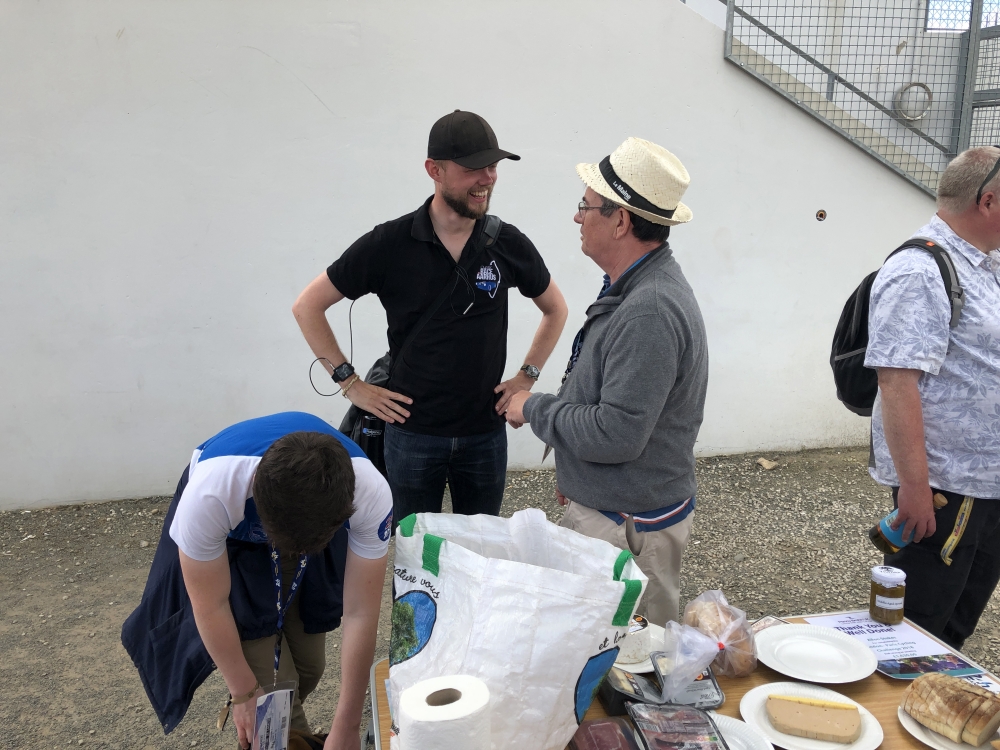 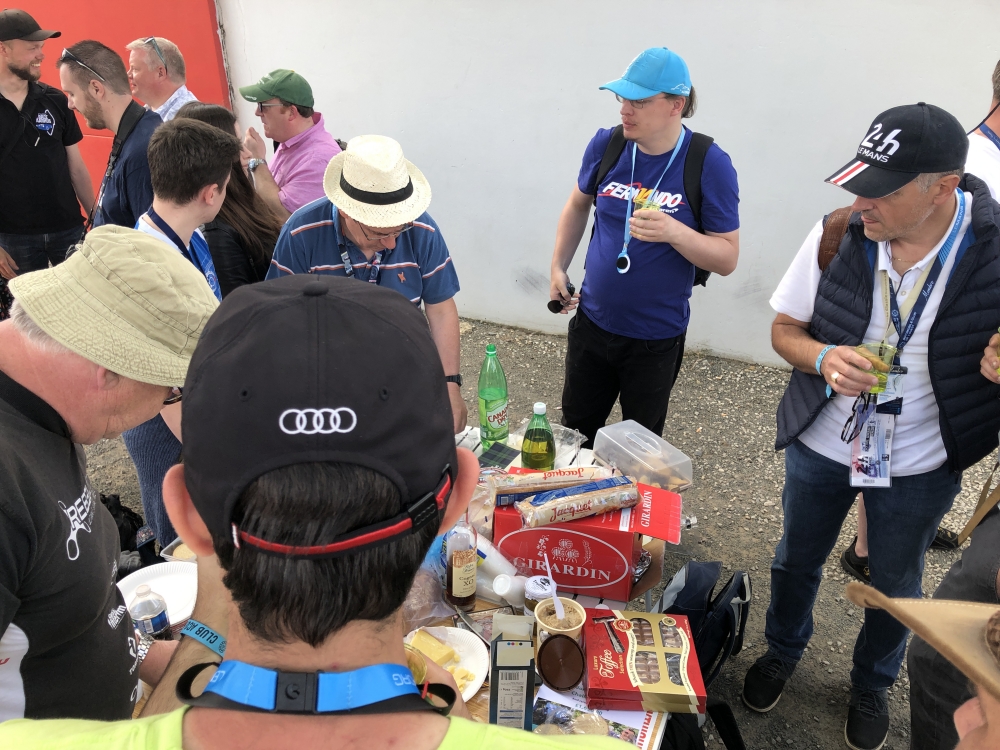 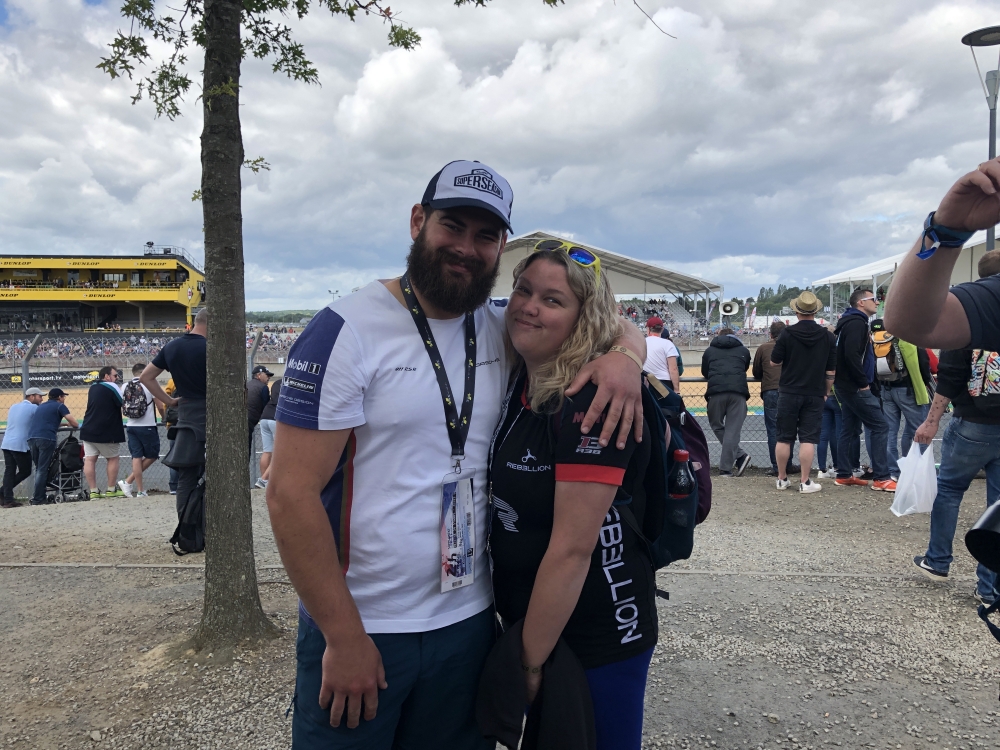 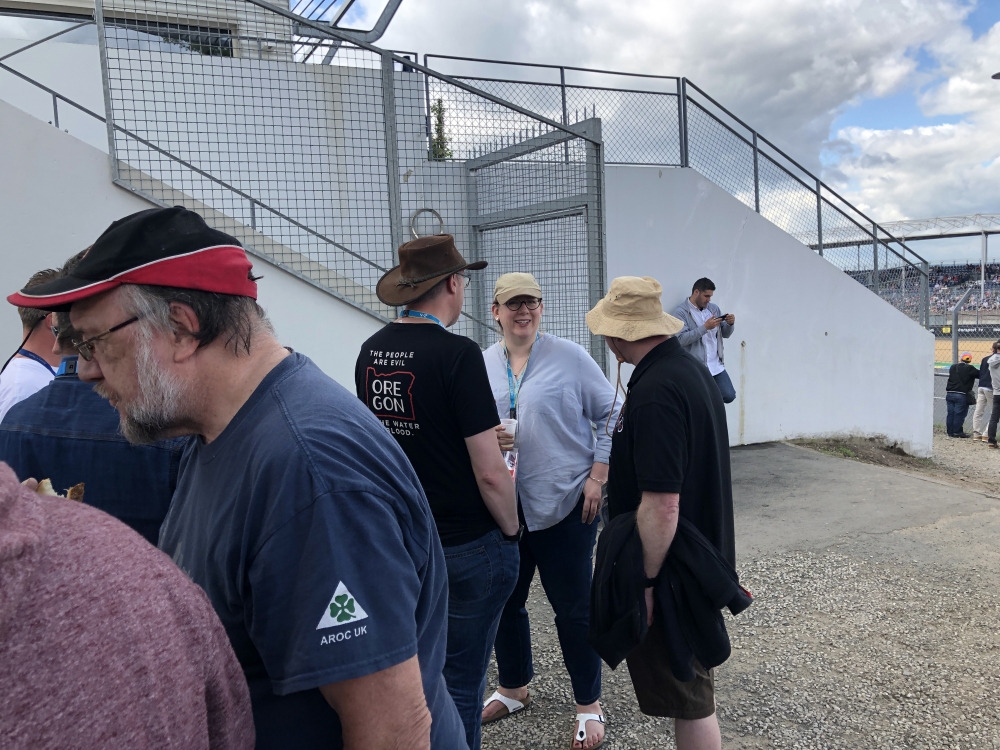 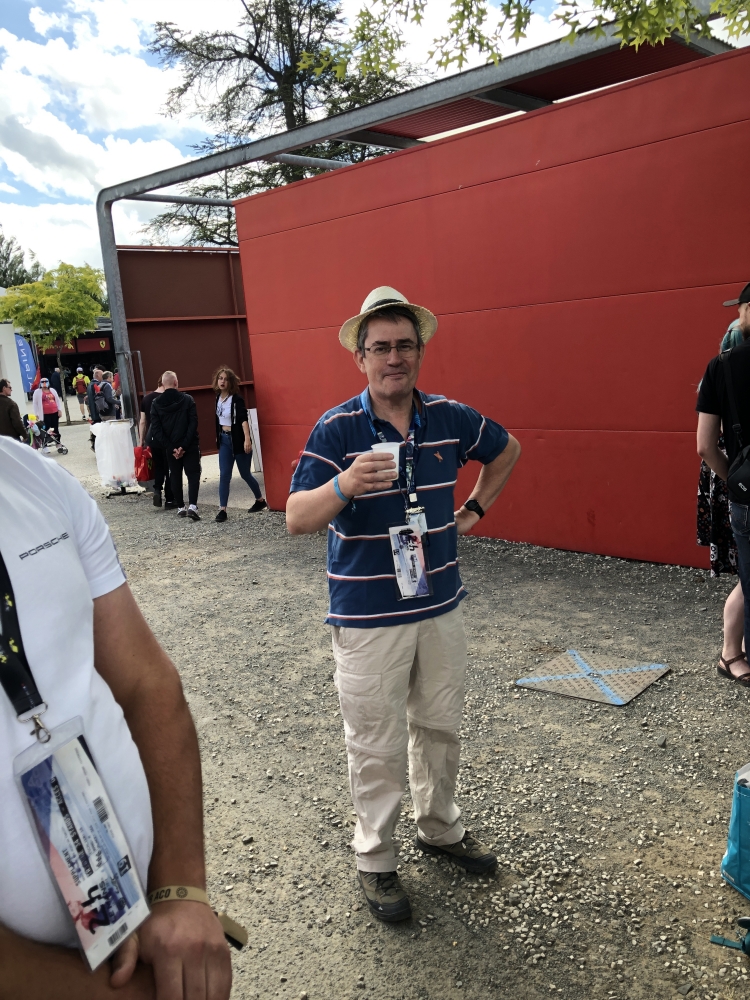 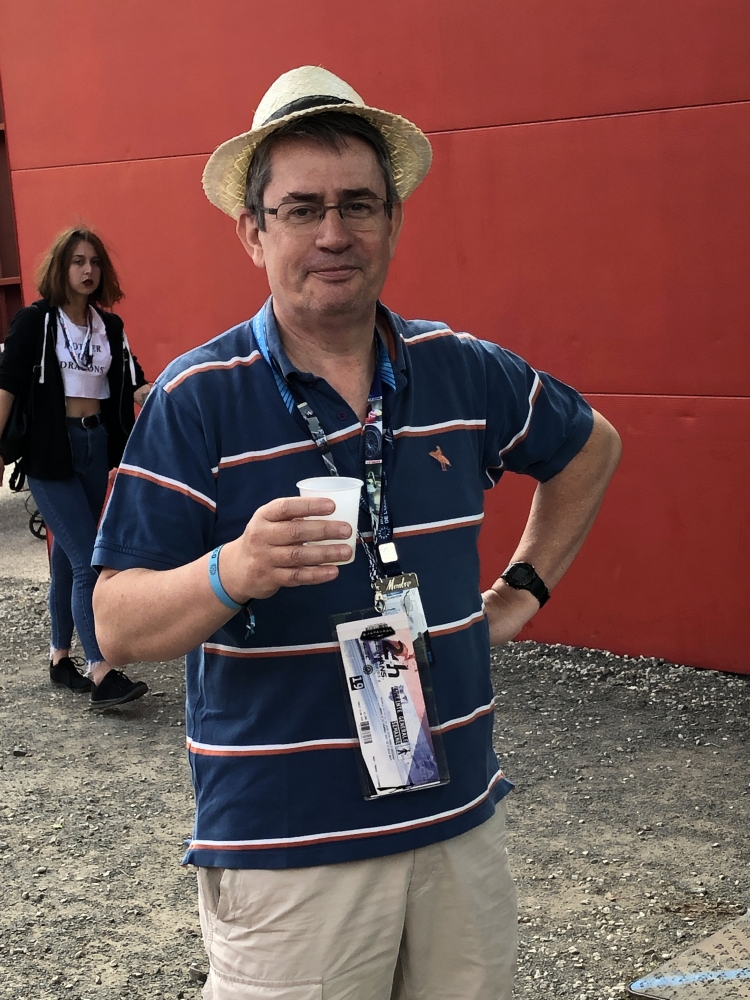 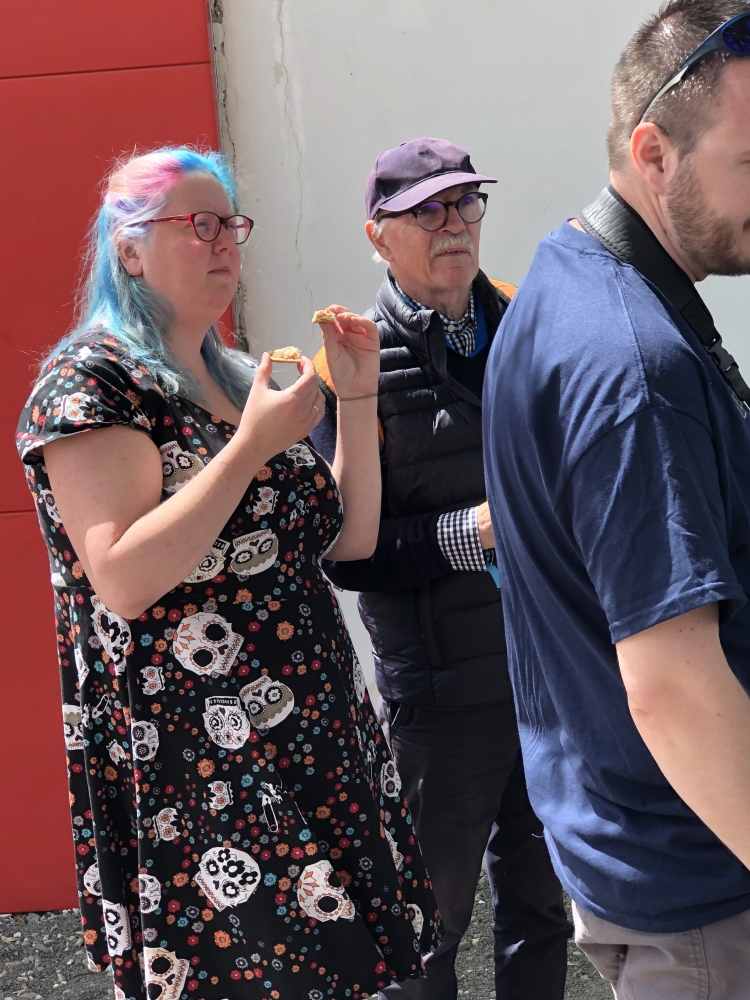 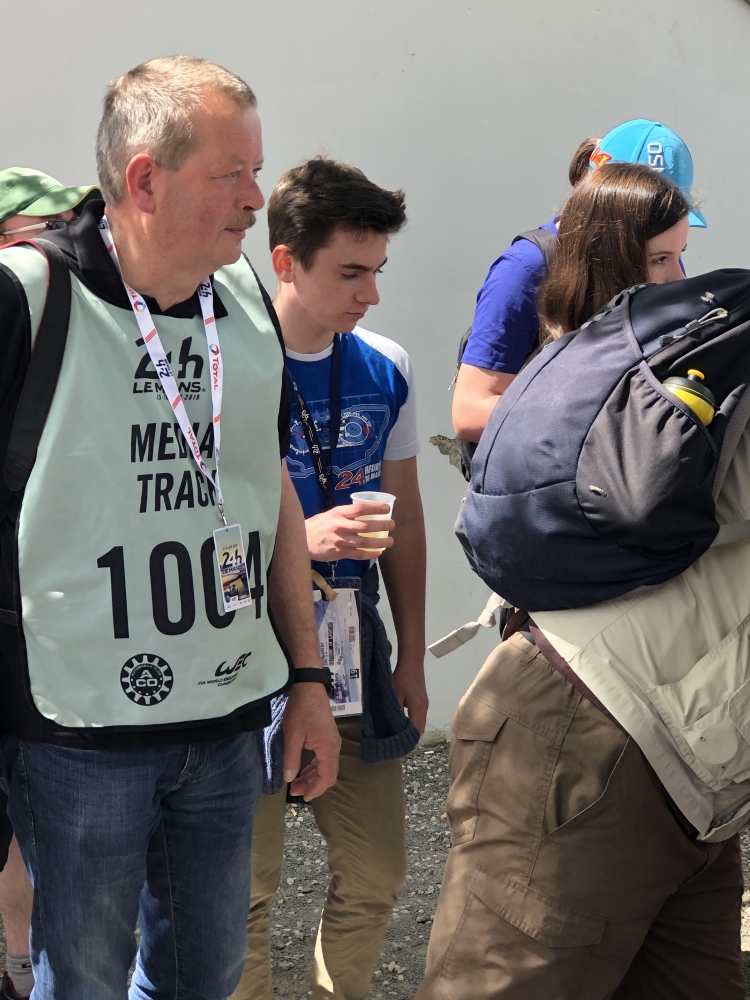 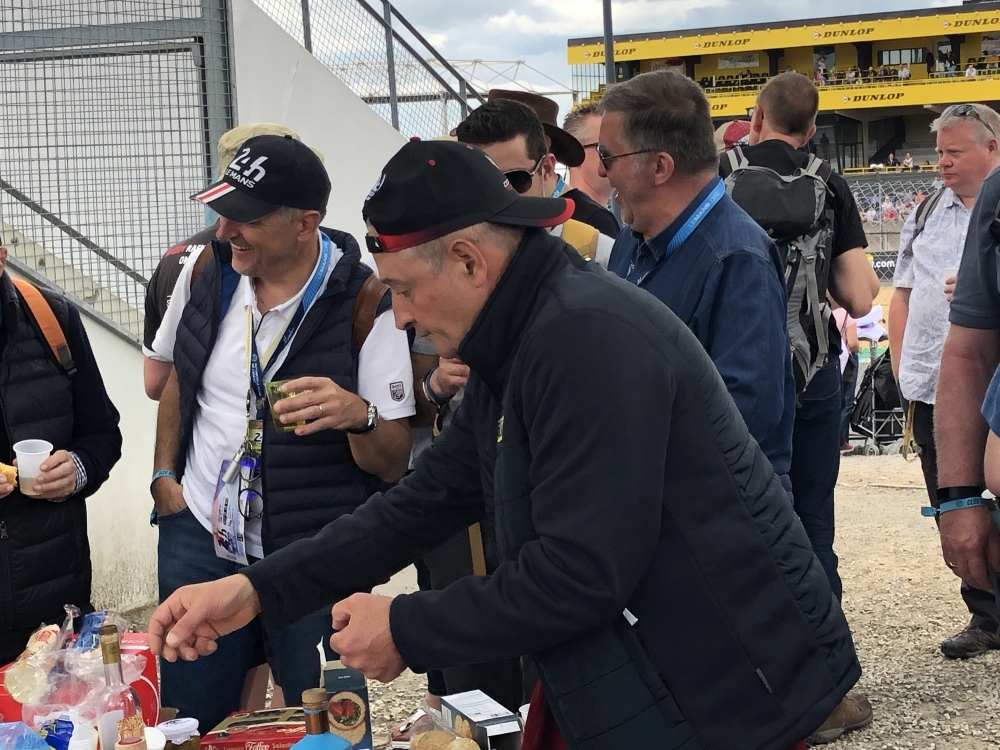 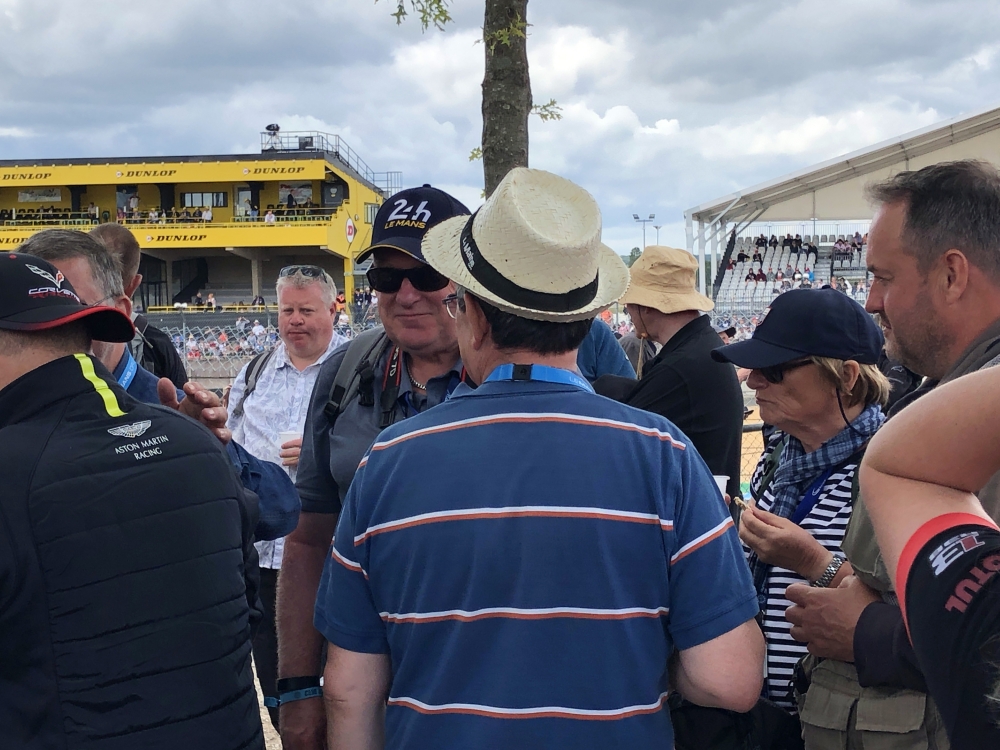 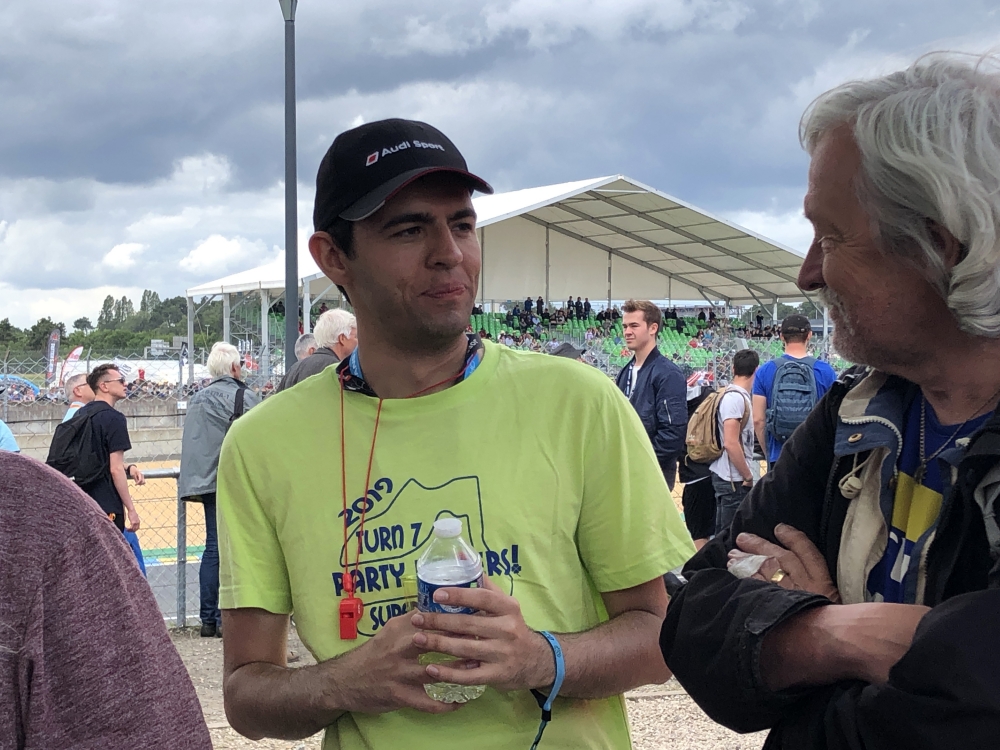 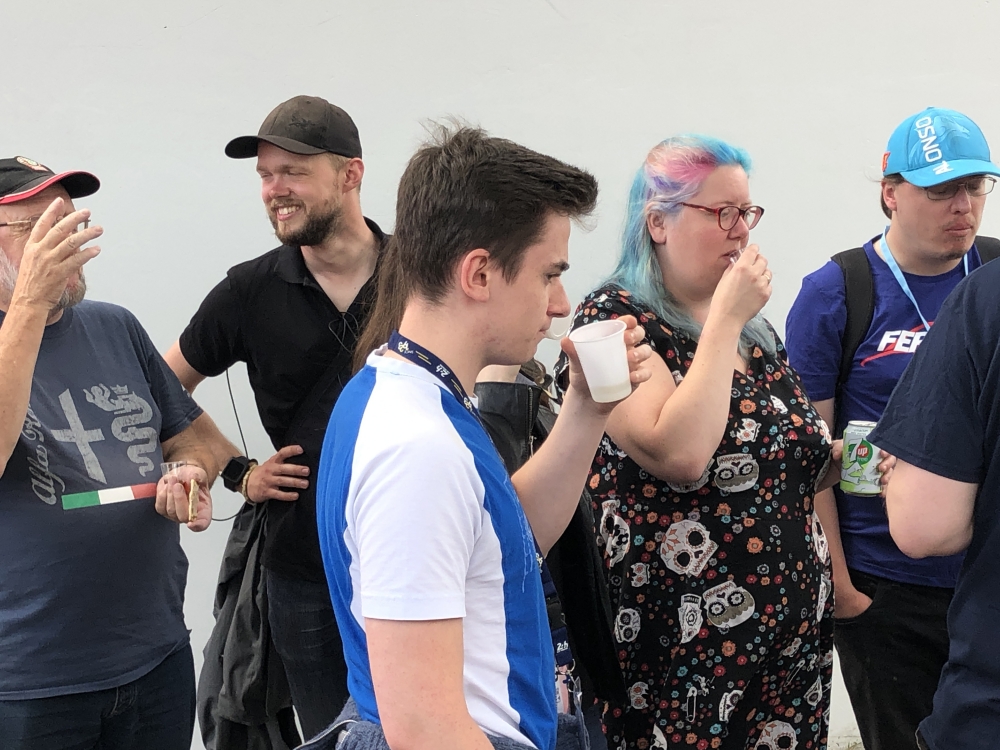 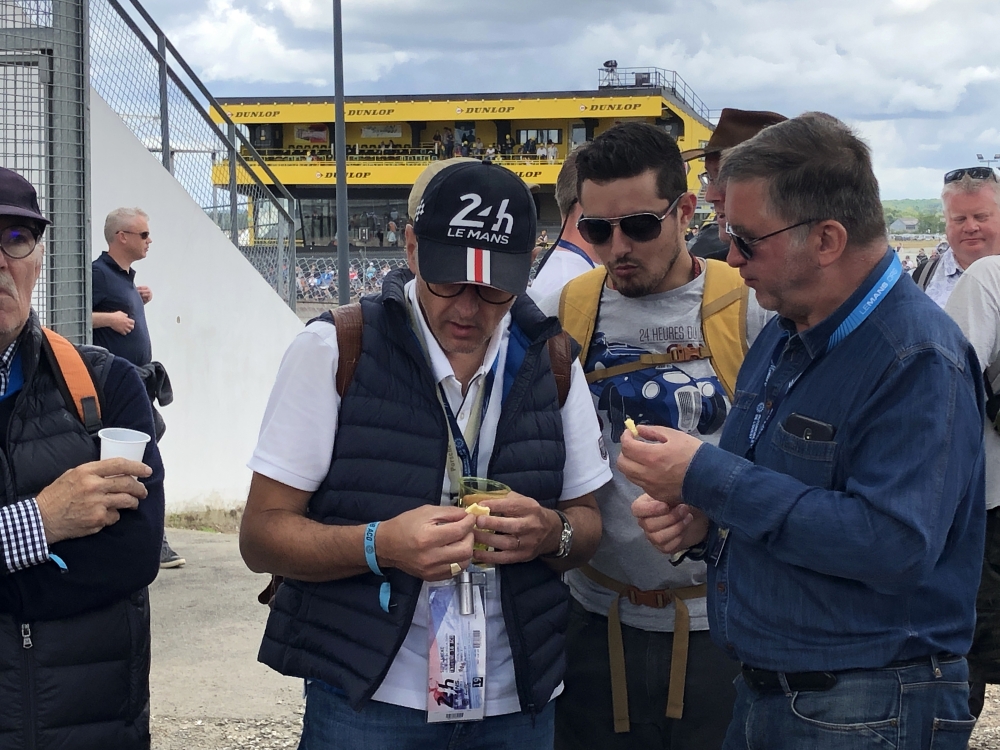 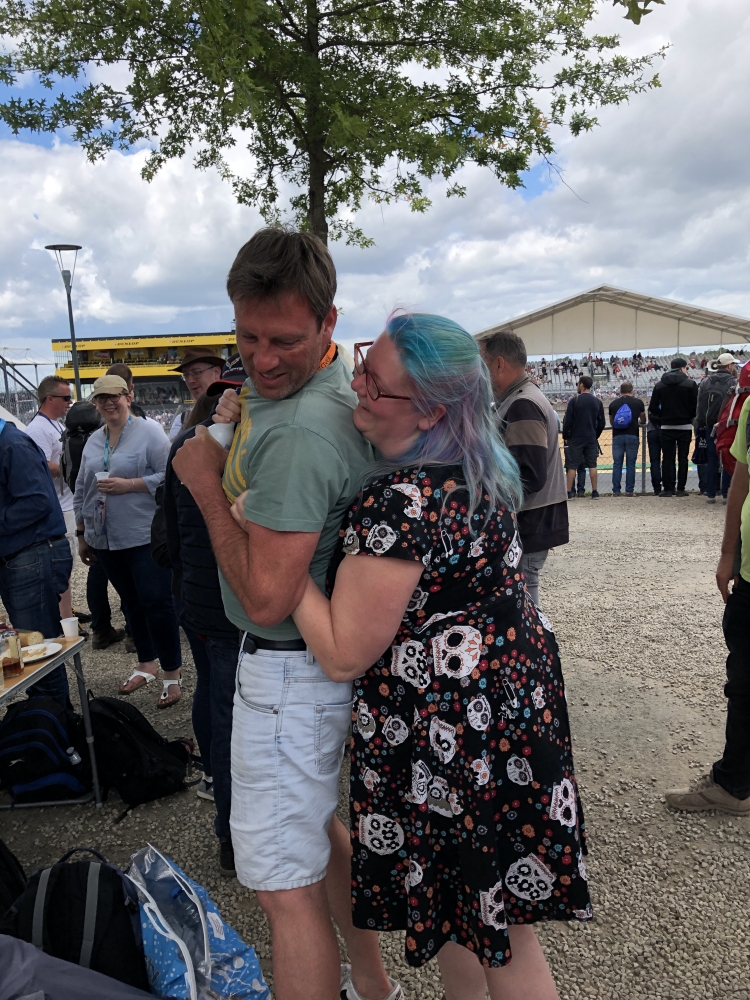 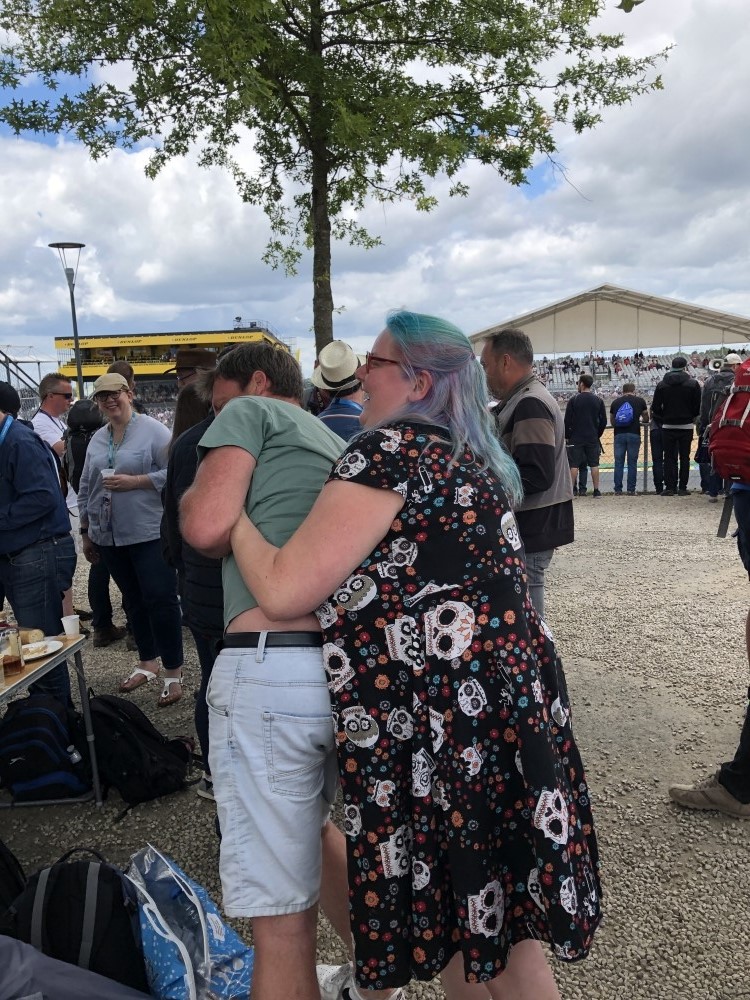 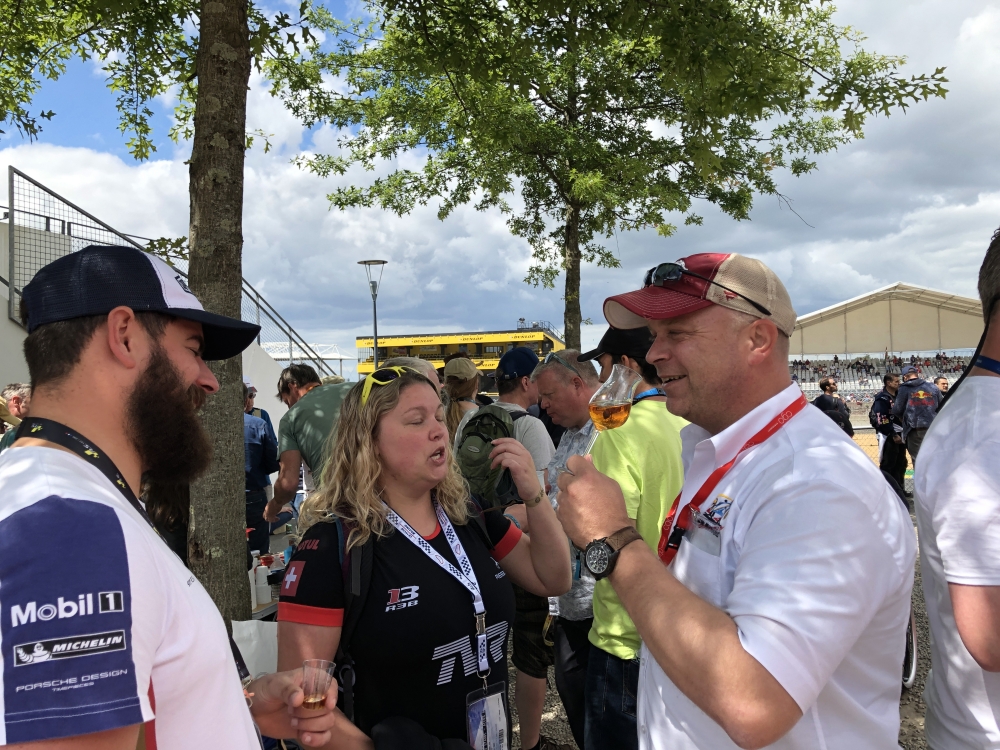 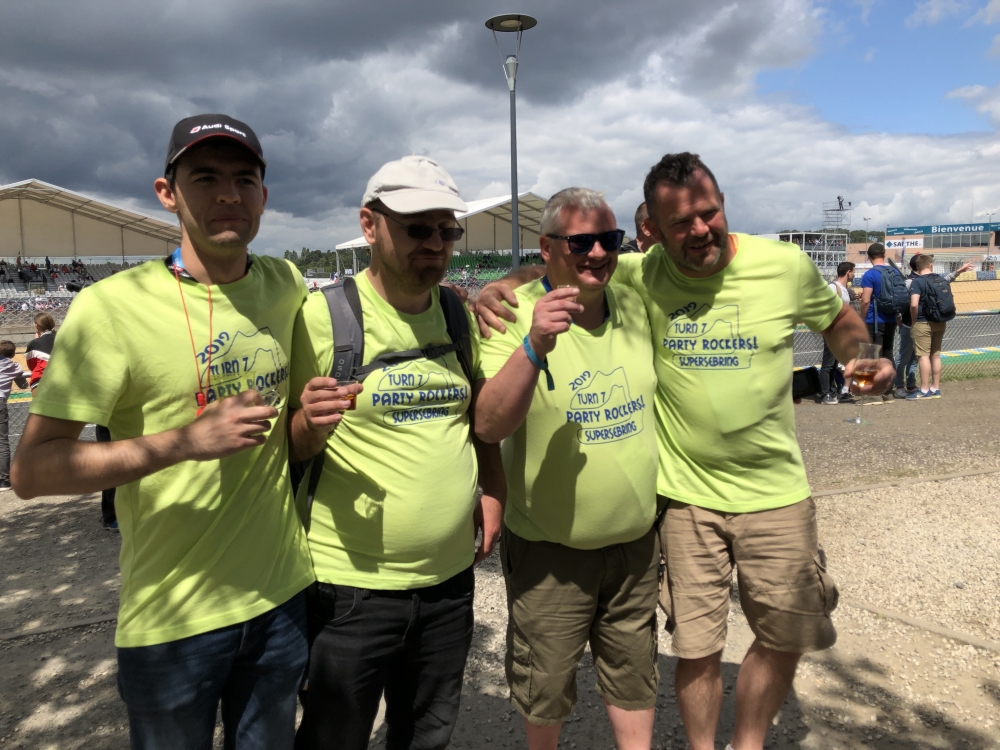 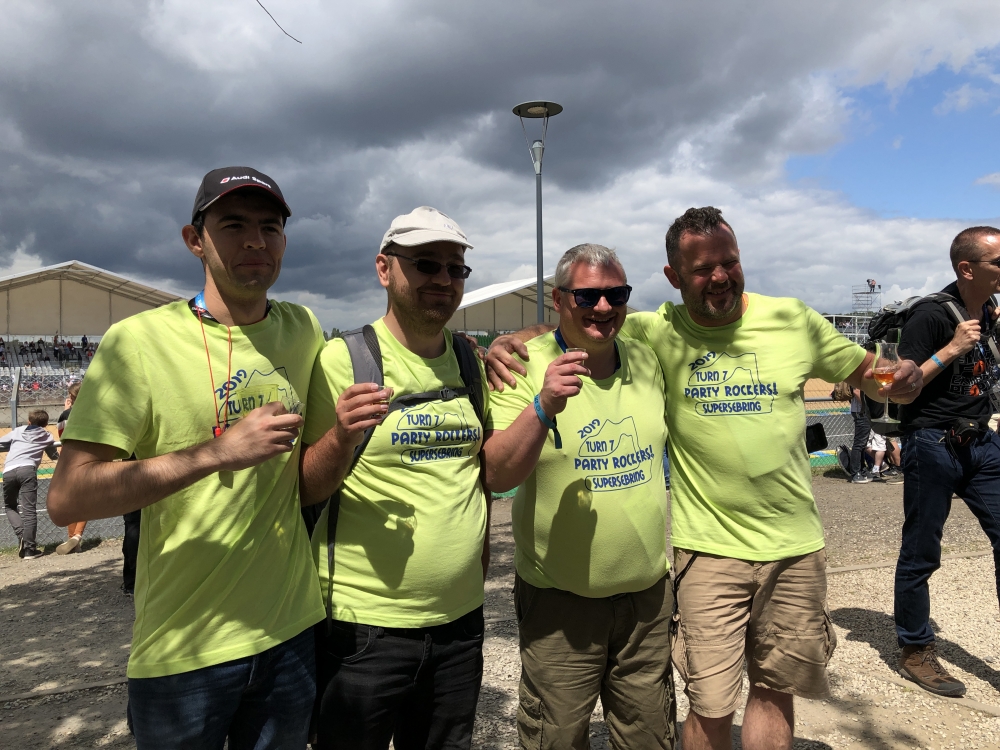 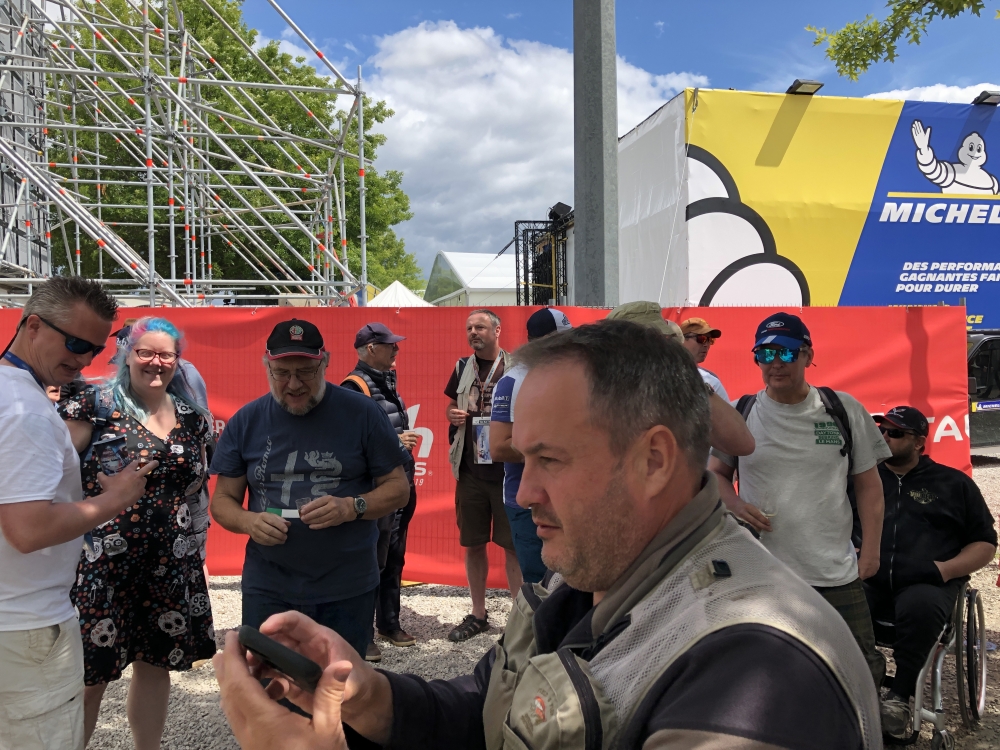 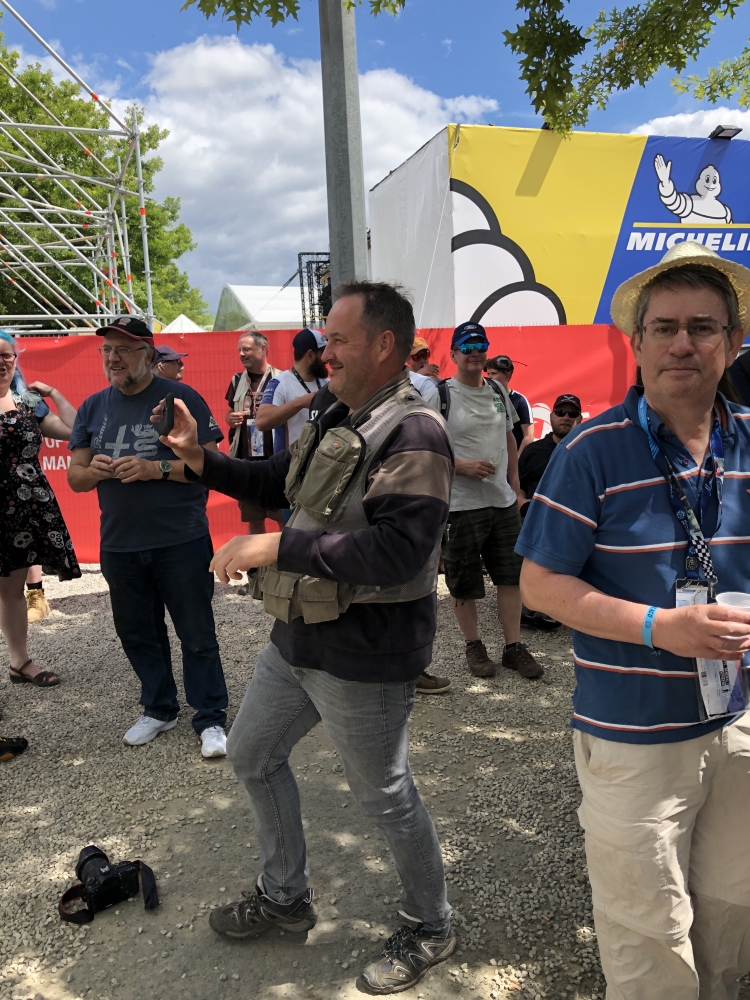 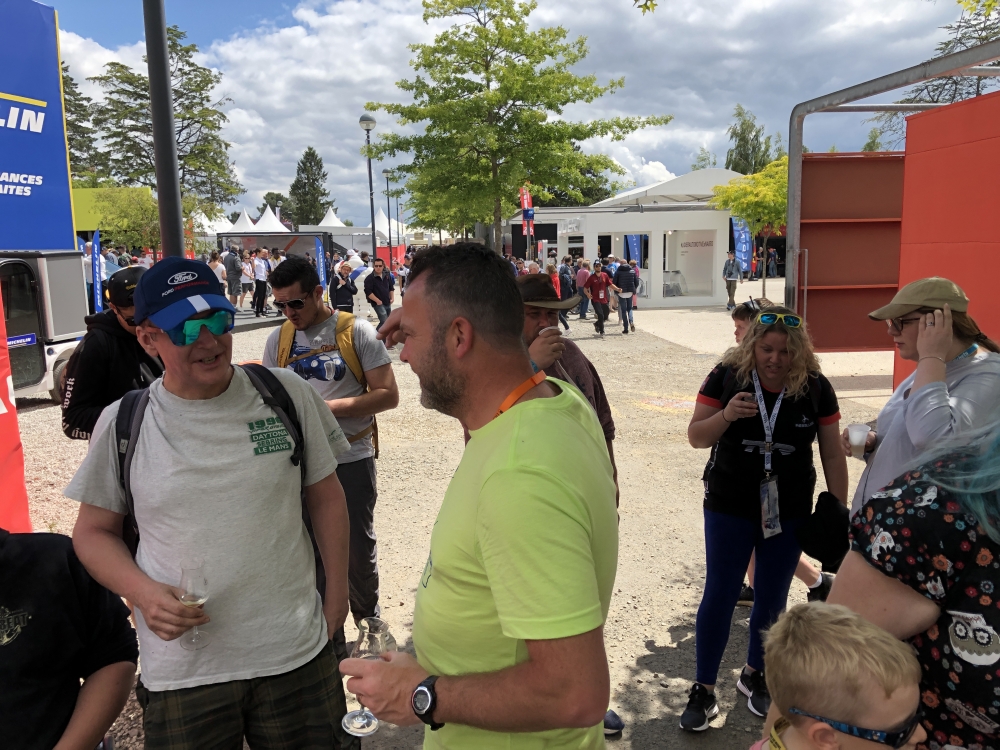 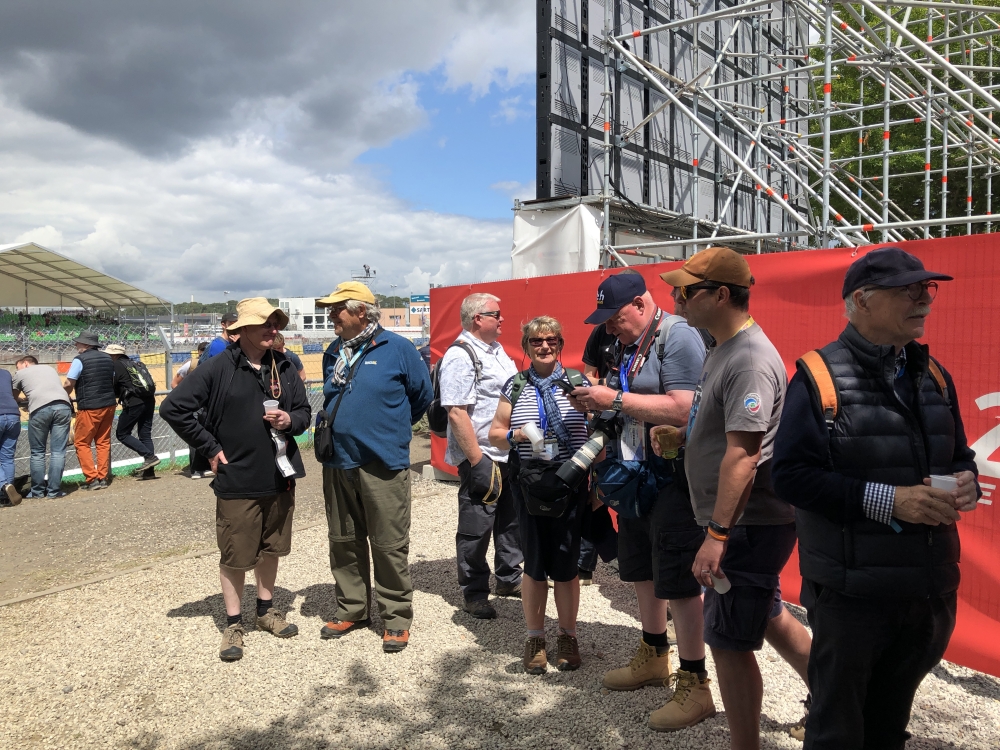 As you will gather therefore the meeting was very well attended and big thanks go as always to our primary French hosts Pascal and Eric as well as to all of the others who brought along delicacies, both edible and drinkable for everyone to enjoy.  I like to think a good time was had by all.  It is always a pleasure to meet up again with both old and new Le Mans friends. 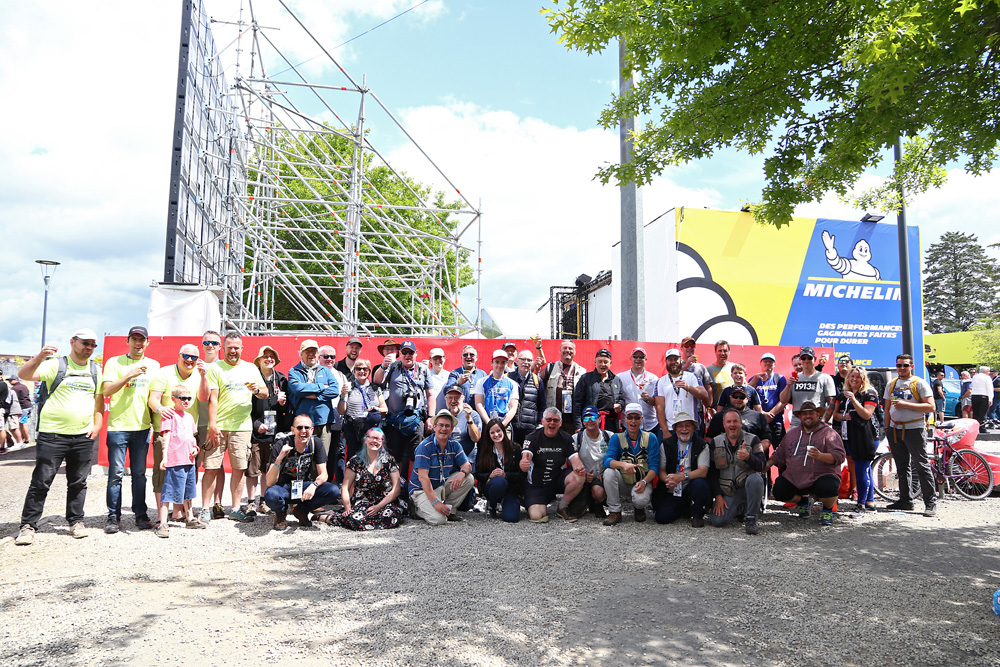 By 12.30, some were beginning to move away to get to their grandstand seats and other vantage points for the start and James, Lauren and I were keen to do the same (although Simon tells me that the meeting continued until about 1.30).  With Bernard's assistance we rounded everyone that was left for the annual team photograph before the three of us walked on down through the Village and set off for the pits grandstand.