Page 3 - Friday 19th June - And Now for Something Completely Different

The Friday soon came around, and I picked up Peter from his home in Milford-on-Sea and we headed into Southampton.  As it happened, the pick-up point could not have been more convenient.  It was just outside the Southampton Central railway station, which is situated only five minutes walk from my office where I was able to leave my car in relative safety over the week-end.  We stopped at the station buffet for a quick bite to eat and then headed off to await the arrival of our coach.   The Southampton stop was the penultimate on this trip, which had started out in Exeter in the early afternoon, meandering down through Bristol and Swindon, intending to reach Southampton at 9.00 p.m.  The coach actually arrived at 9.10 p.m. and picked up about ten of us before heading off to the last pick-up point at the Portsmouth railway station.  From there, it was just a short drive on to the ferry terminal to await the boarding of the midnight boat to Caen. 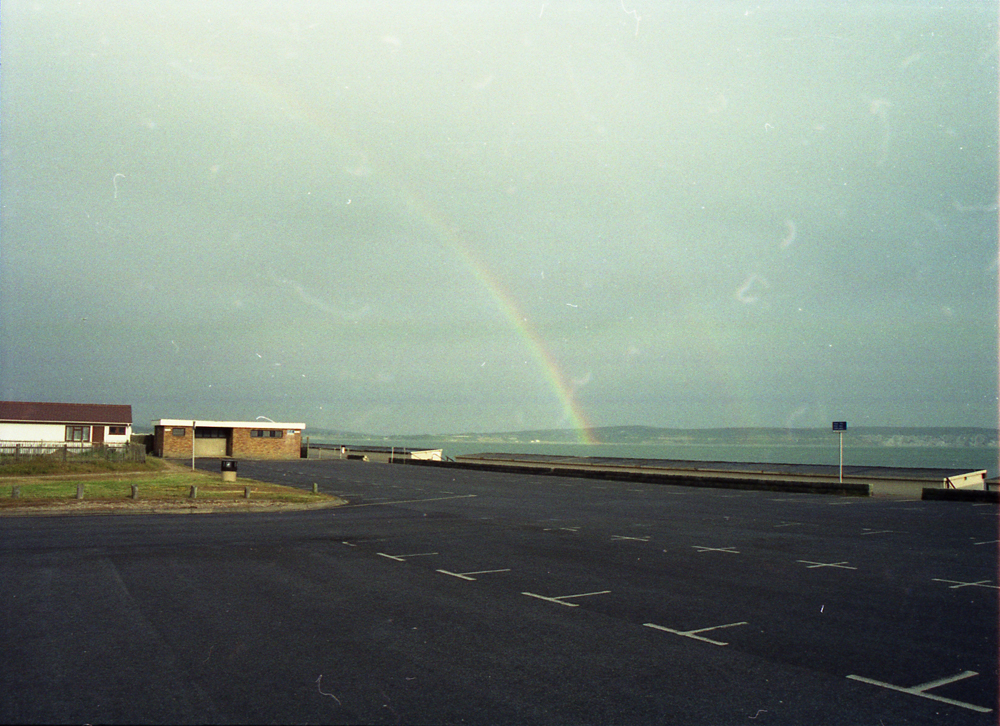 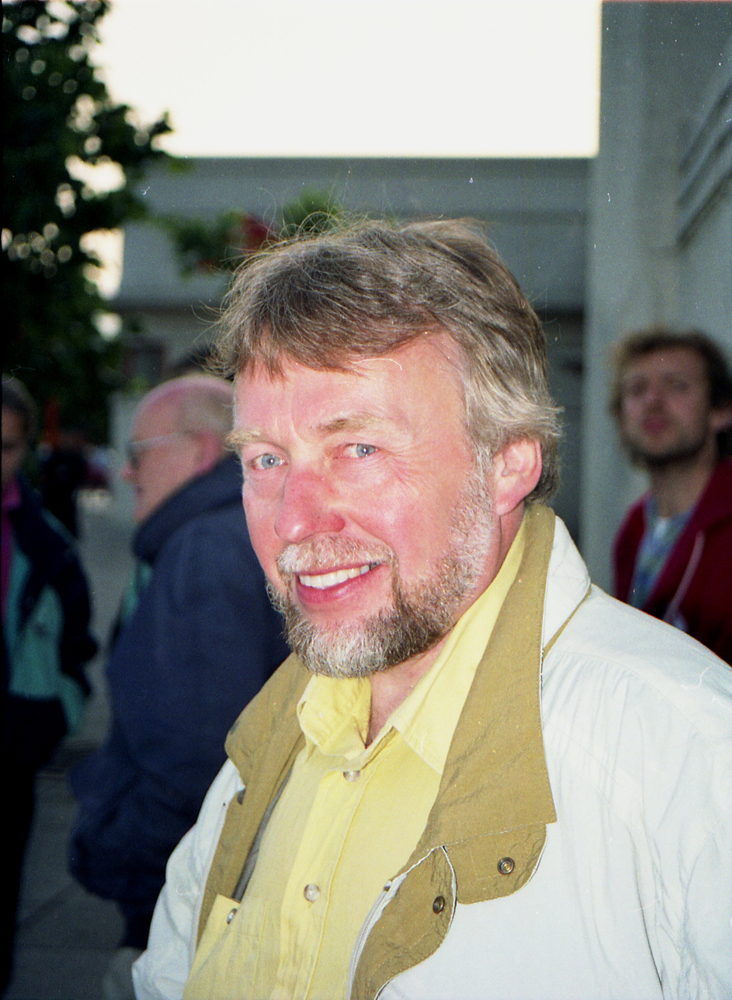 It was a large, well-appointed coach, with toilet and refreshment facilities which would be open and available to us throughout the week-end at the circuit.  Our tour guide was an amiable fellow by the name of John Mazur, a Le Mans regular over many years, who was also an avid semi-professional protographer.  It was John who supplied many of the photographs (taken at Le Mans and the other circuits visited by Chequers) for the company's brochures!  A knowledgeable chap, John provided all of the necessary information that might be needed by those who'd not been to Le Mans before, or hadn't been for several years.   A sweep was conducted on the coach and I ended up with one of the Kremer Porsches, whilst Peter was sitting rather pretty with the "lead" Peugeot, driven by Warwick, Blundell and Dalmas.  On route to Portsmouth, we watched a video of the 1991 race, which helped to heighten the atmosphere of anticipation.    Although I don't particularly remember any of the others who journeyed with us they did seem to be a fairly knowledgeable bunch.  For many, it was clearly not their first trip to Le Mans, and some were greeted by John Mazur as old friends, so they must have travelled with Chequers on a number of occasions before.  After a short wait at the ferry terminal we boarded the ferry.   We were rather lucky here, as we were to make our passage on the new large ferry, the Normandie, which was actually closer to ocean-liner class than the usual, run-of-the-mill cross-channel ferries which I had been used to in the past. 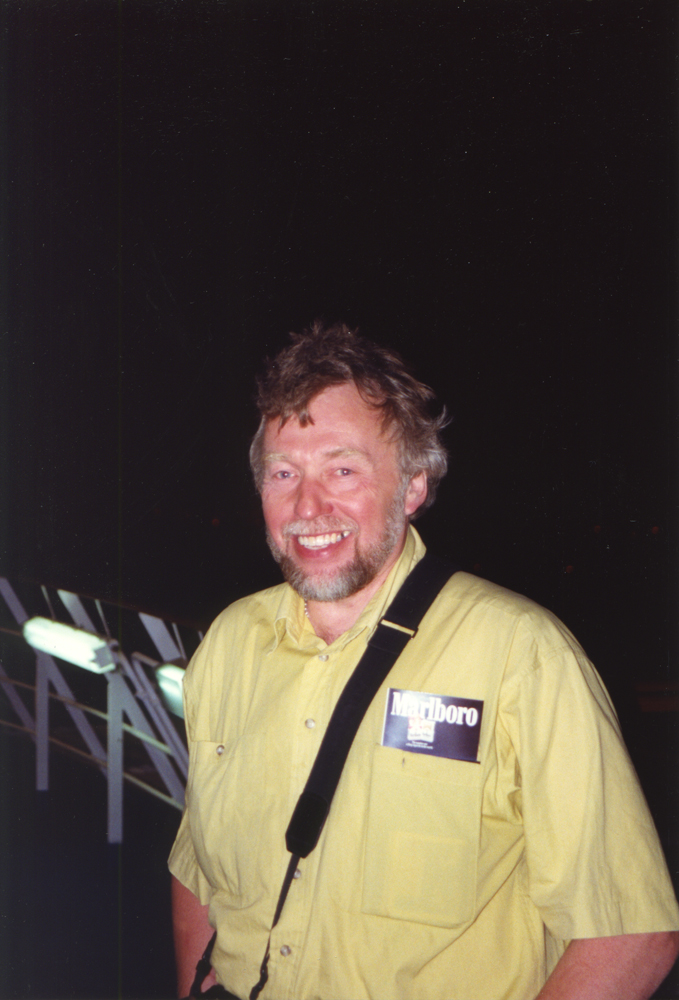 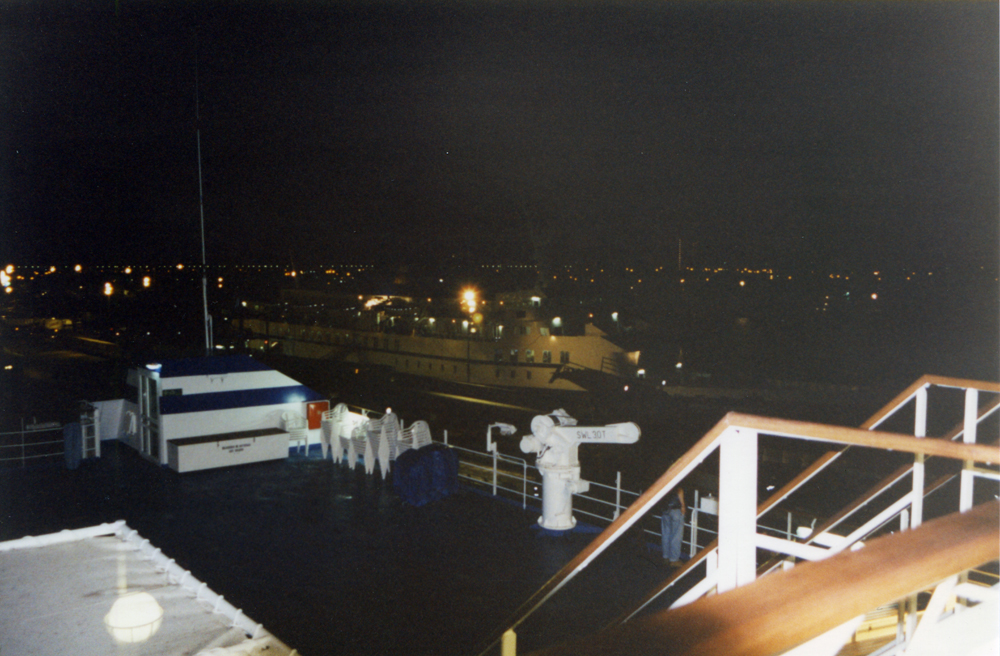 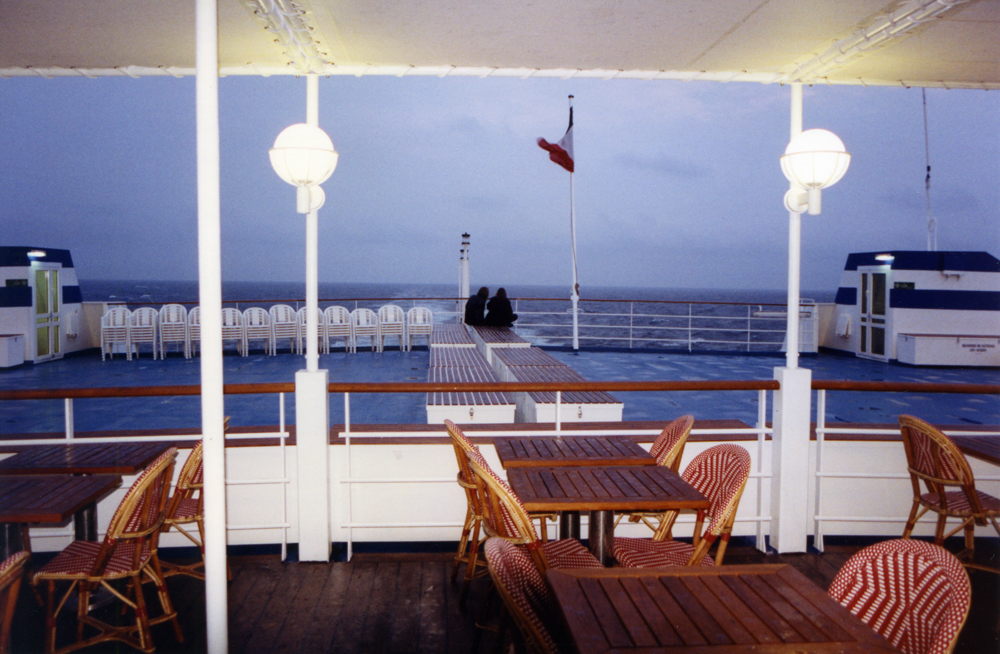 The only real worry at this time was the weather.  In short it was wet.  Very wet, and the forecast for the week-end brought little cheer.  I had the feeling that it could prove to be a very damp week-end indeed.  In the six years I had travelled to Le Mans in the past, I'd generally been extremely lucky with the weather.  But there was a distinct feeling that my good luck was about to run out!   I was very pleased therefore with the decision I had made in the last few weeks leading up to the race.  I bought for Peter and myself a couple of grandstand tickets from a company called Just Tickets.   The tickets were pretty expensive, as is always the case in these circumstances.  The reality is however, that it is generally impossible to purchase grandstand seats at the circuit.  I hoped that our seats would be good ones.  They were situated in the covered grandstand near to the Ford Chicane (actually called Maison Blanche).  Little did I know at this time just how well we would be served by these!   We had couchette-style seats reserved for us on the boat, however I found it almost impossible to sleep.  I've never found these seats particularly comfortable at the best of times.  Nevertheless, I was content in the knowledge that we had a fairly lengthy journey to come in the coach the following morning, which would provide me with a further opportunity to catch up on some sleep.