There were 10 of us in the 2000 Le Mans Tourists team but only 8 started out from the south coast on the Thursday evening. Those 8 were Ian, Martyn, Alan, Chris, Terry, Clive, Pierre and myself. As with Steve in '99, two others, Robert and Jeff, were already out of the country. Robert was living and working in Nice, while Jeff was now living permanently in Malaga. The plan was for the two of them to meet up in Paris where they would hire a car and drive down to meet the rest of us. With the exception of Clive, everyone had been to Le Mans before.

I suppose the one main difference for me this year was that I finally joined the ever-growing band of internet users just a month or so before Le Mans and was amazed at the information available from the likes of Club Arnage and Maison Blanche. Having previously relied almost entirely on Autosport for my updates, the internet opened up a whole new world.

Once again we travelled from Portsmouth to Le Havre on the Thursday evening boat, arriving in France at about 7 the next morning. Again as in '99 we stopped in Honfleur to take breakfast at the Bar La Bisquine before heading off for Le Mans. 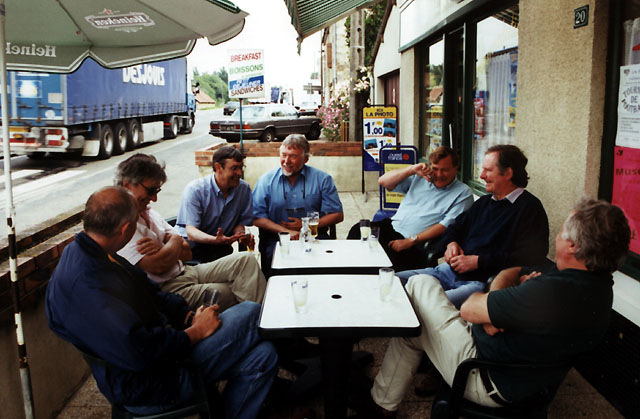 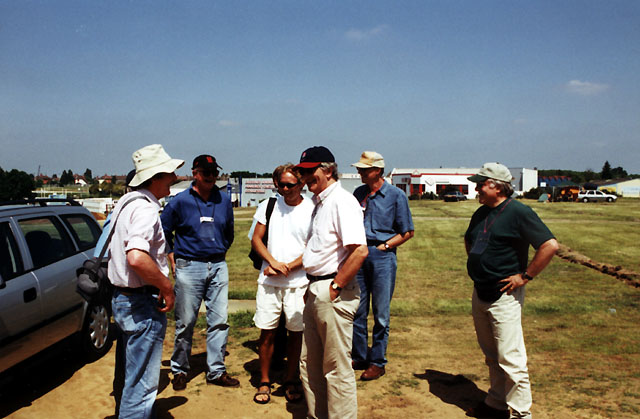 After stopping for pastis at Fyé, we continued on exactly the same journey as last year, arriving in the garage rouge at about 12.30 pm. Unusually this year, Ian was not driving, having left that chore to Martyn and Chris, as his car was already in Nice with wife Carole, who Ian and son Robert would be meeting up with after the race weekend.

We had no real idea when Robert and Jeff would catch up with us so we were amazed when within 2 minutes of our arrival in the garage rouge, Robert and Jeff appeared in their hire car. Their timing couldn't have been better!

Now that the 10 Tourists were all together, it was time to get down into that pitlane to take a look at the cars and begin to soak up some of the atmosphere. 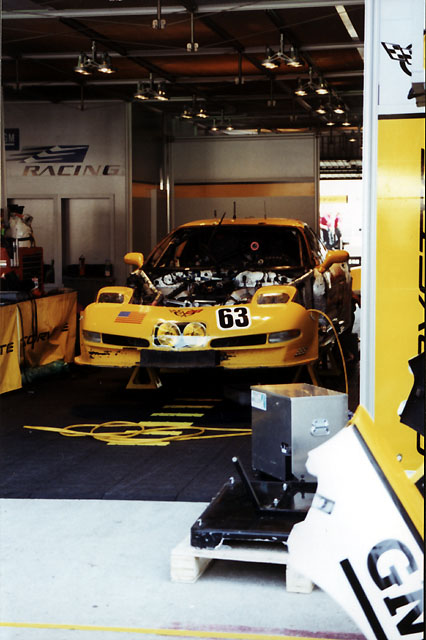 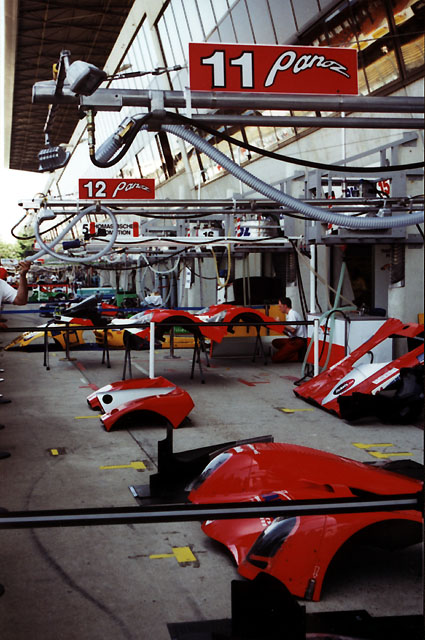 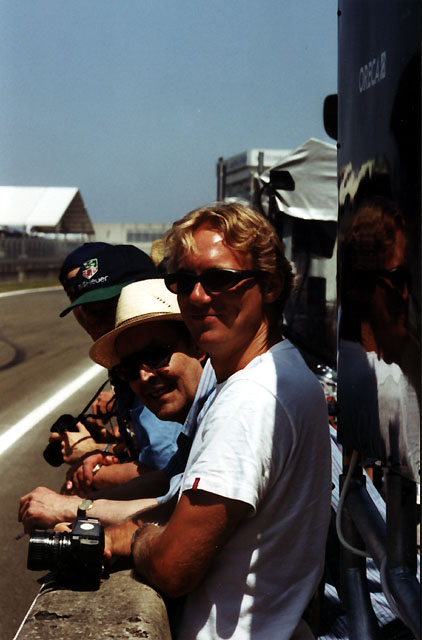 When we left the circuit to head off to our overnight stop, we left on the road to Tours. This was significant for me as it was the first time I had actually driven (or been driven actually) down the Mulsanne. I took a few snaps as we passed along the straight, including one of the famous Mulsanne restaurants. 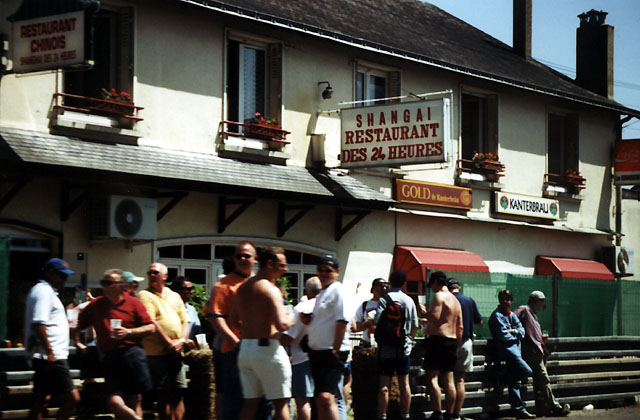 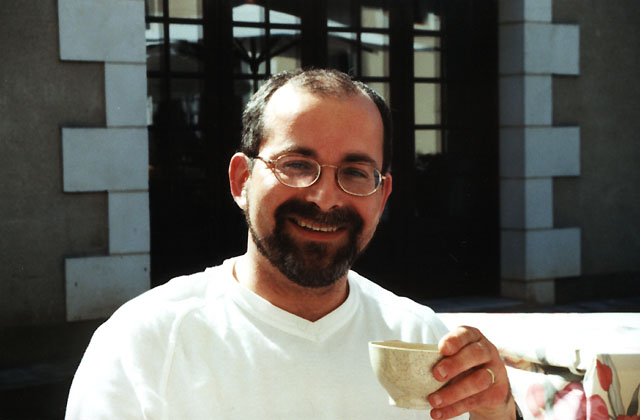 Our Friday night stop-over this year was to be the Hotel La Croix Blanche at Fontevraud L'Abbeye, a place famous (as the name suggests) for it's ancient abbey. The hotel was marvelous and the weather was as good as it could possibly be. By the time we reached Fontevraud I was gasping for a drink and being in France, strangely enough, all I could think about was some cider! It was absolutely wonderful! 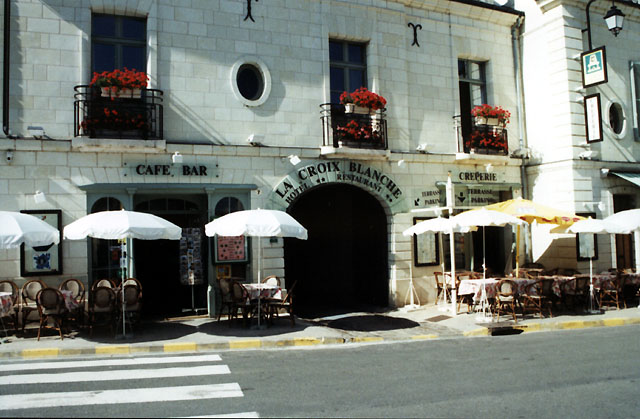 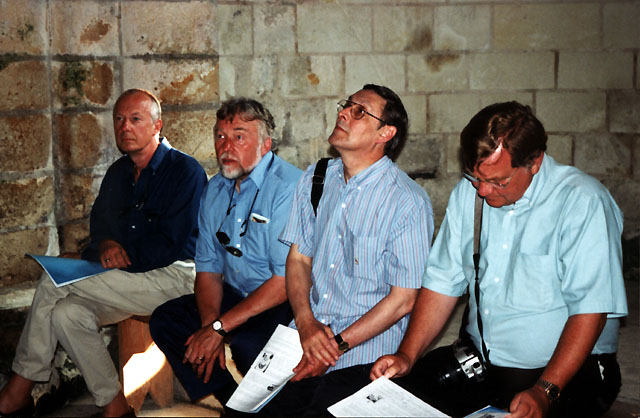 Naturally enough we did have a wander around the abbey before dinner. It had been founded at the end of the 11th century. When we visited, restoration was still on-going after the abbey had been used as a prison for some years up to the 1960's. I must confess that I'm not much of a one for ancient architecture (in actual fact, I found the atmosphere of the place very cold indeed), but if you are and you're passing by Fontevraud, it's well worth a stop and a visit.

So, having paid our annual round of "Confuse the French Waitress" (it really is good fun - you must try it!), we enjoyed a good meal in the restaurant. After that we had time to take a brief walk around the town - and it was brief, there wasn't a great deal to see apart from the abbey! Still, the cool air helped the calvados down....

The routine for Saturday morning was much the same as usual, off in the cars to Le Grand-Lucé to drop bags off at the Hotel Restaurant Le Cheval Blanc, before grabbing a bite to eat from the patisseries and charcuteries in and around the square.

From there it was off to the circuit where on arrival as in '99 I separated from the rest of the Tourists in order to stake my claim for a place down on the banking at the Ford Chicane for the start of the race. 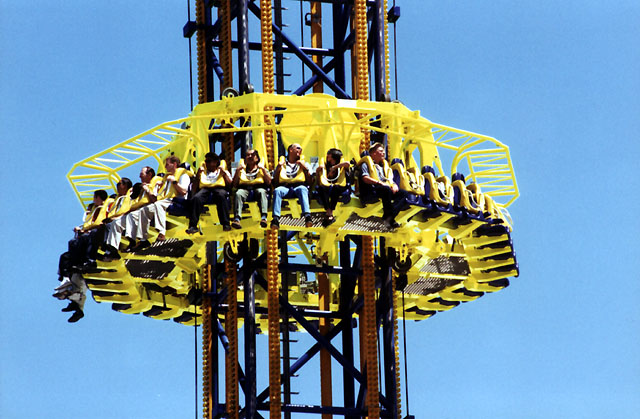 As always, having watched the start and a few laps after that in the magnificent weather (sun, sun and more sun!), I made my way back inside the circuit to the Village and the Welcome area, where I indulged myself and my camera from the top of the building. 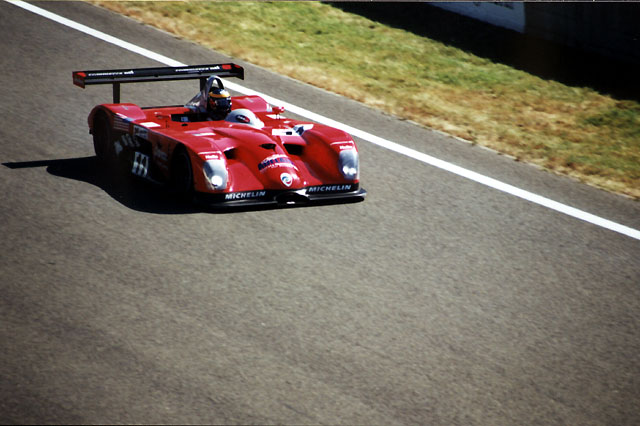 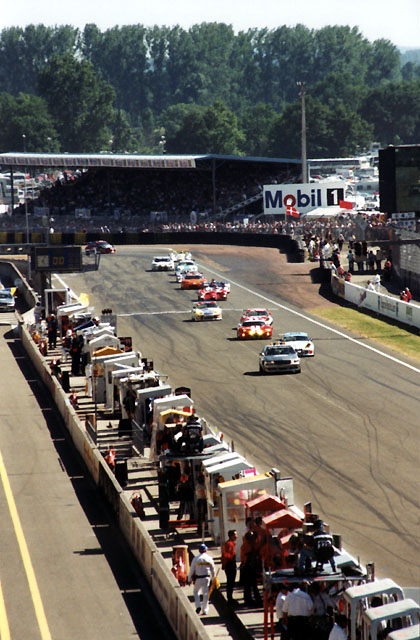 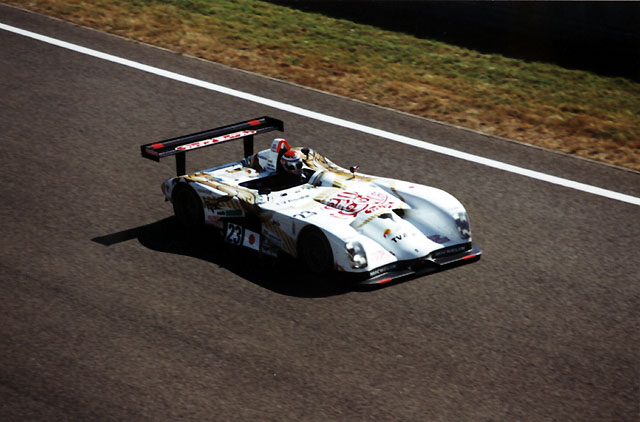 I actually had a splendid time taking shots from the roof before moving on around to the Dunlop Chicane and then on down to the Esses. 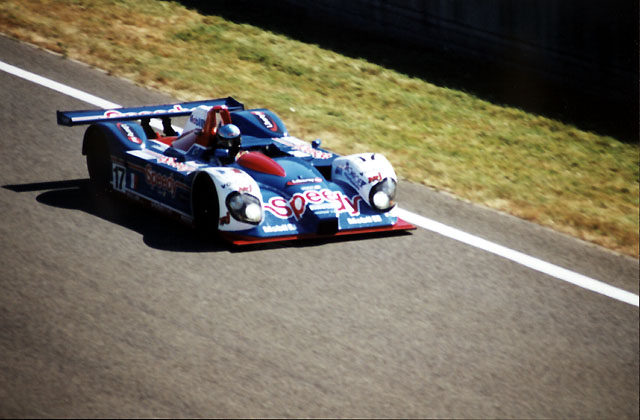 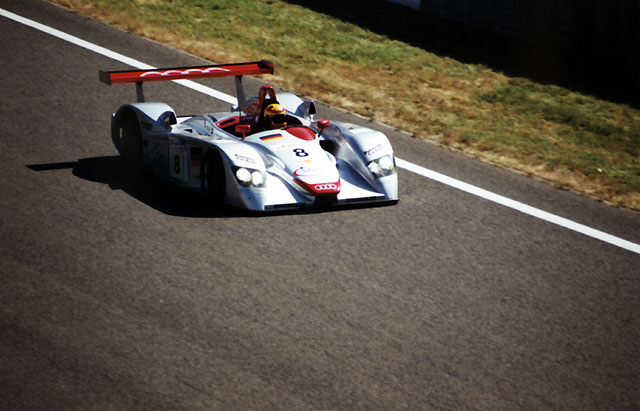 And what of the race? Well, it was pretty clear already that barring mechanical dramas the Audis would walk it. Although the Brabham Panoz managed to snatch the lead very briefly during the early yellow flag period, that was the last it (or any other non-Audi) saw of P1. This had become a team race for Audi - how much did we miss the Toyotas - what a massive shame the Japanese team had withdrawn prematurely after the '99 race. 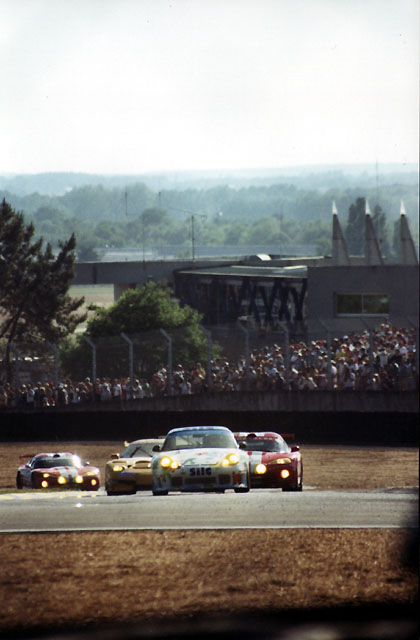 In the lead Panoz, a slightly sad story was being enacted. Although the Panoz clearly wasn't a match for the Audis, Mario Andretti, still on the quest to add Le Mans glory to his Indy and F1 successes, was unable to match his faster team-mates, Brabham and Magnussen. Mario was the best part of 6 seconds a lap slower than team-leader Brabham and when he finished a double-stint at about 11 pm he had lost an entire lap to Kristensen's Audi.

Still, despite the fact that it was fast becoming an Audi benefit, the race was entertaining enough, made even more so by the fantastic weather.

Soon enough it was time to rendezvous with the other Tourists for the trip back to Le Grand-Lucé for dinner. And not just dinner - football was also on the menu this year.......