Saturday 14th June - The Mulsanne and Another Trip to Le Belinois

This is always another of my favourite times, heralding as it does the visit to the restaurants on the Mulsanne Straight.  A short trip by car (about 15 minutes) through the back roads of Le Mans and the town of Mulsanne itself to the Restaurant des Vingt-Quatre Heures and the Hunaudières Restaurant (from which, as you will know by now, this epic gets its name!).  Once we had arrived in the car park (and parked with no difficulty at all – the crowds at the restaurants are now nothing like they used to be in the late 80’s, when the lure of the Jaguars was so great), we made straight for that fence, and took our places in the queue to lean precariously over it to take pictures of the cars as they tore past, on route to the first Mulsanne chicane.  When taking photographs here, you never know what the results are going to be like, trying to stop cars absolutely dead which are still travelling at maybe 180 mph, before they hit the brakes at the 200 metre board, in preparation for the chicane.  I tend to just snap away (as I do all week-end), in the hope that I may get one or two good shots – I'm usually quite successful here, even if I say so myself... 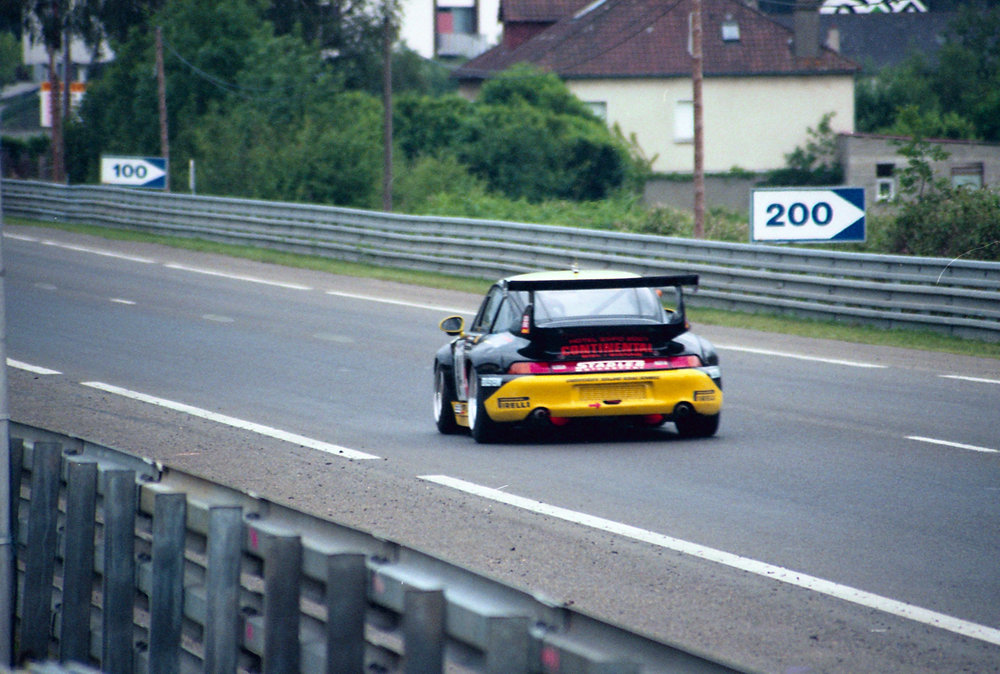 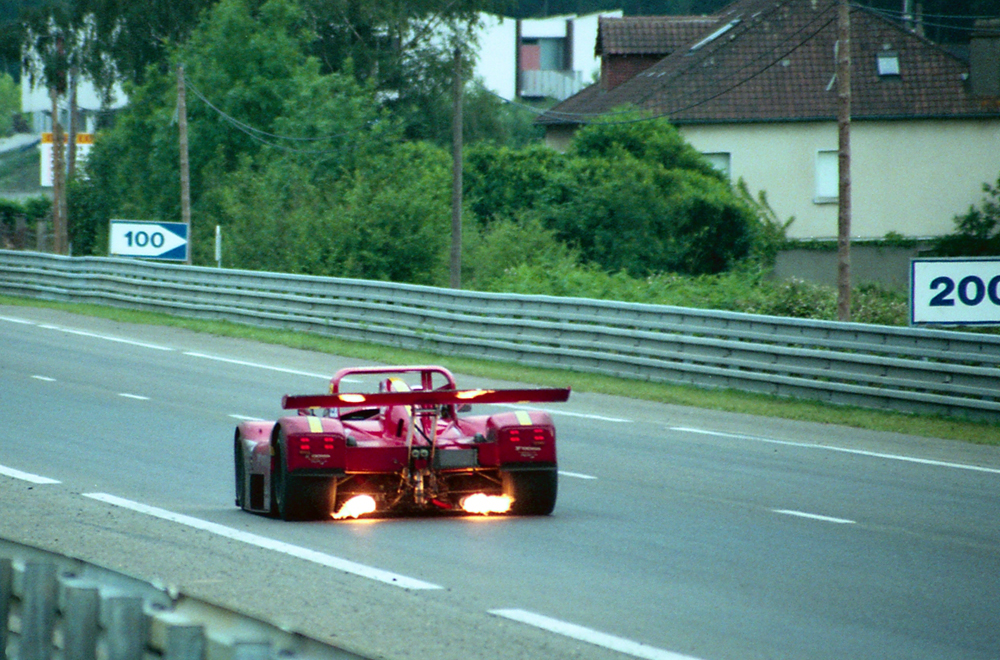 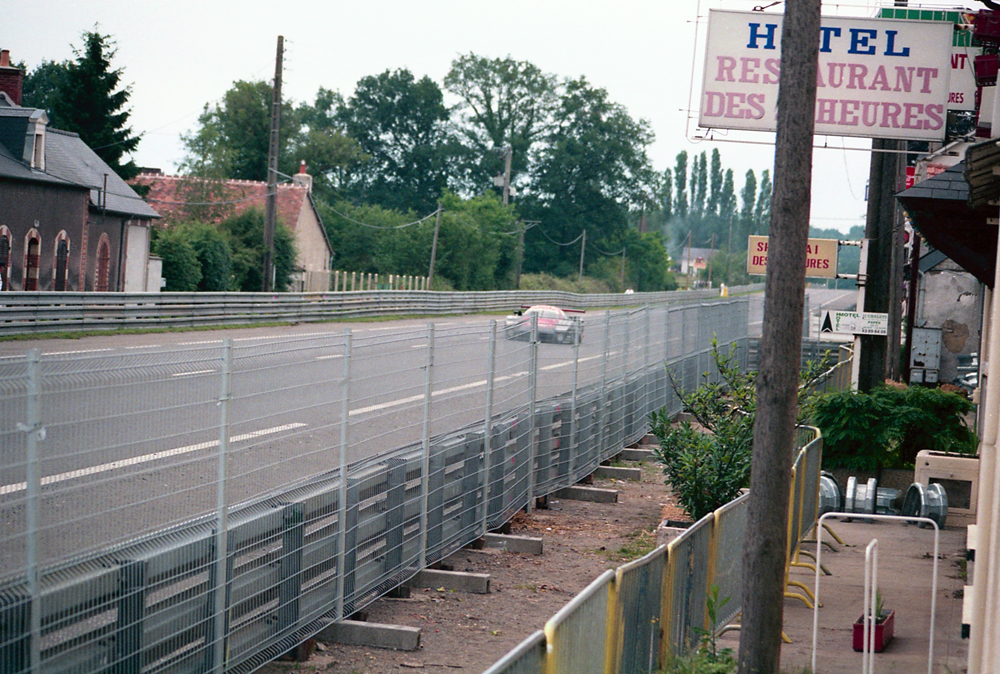 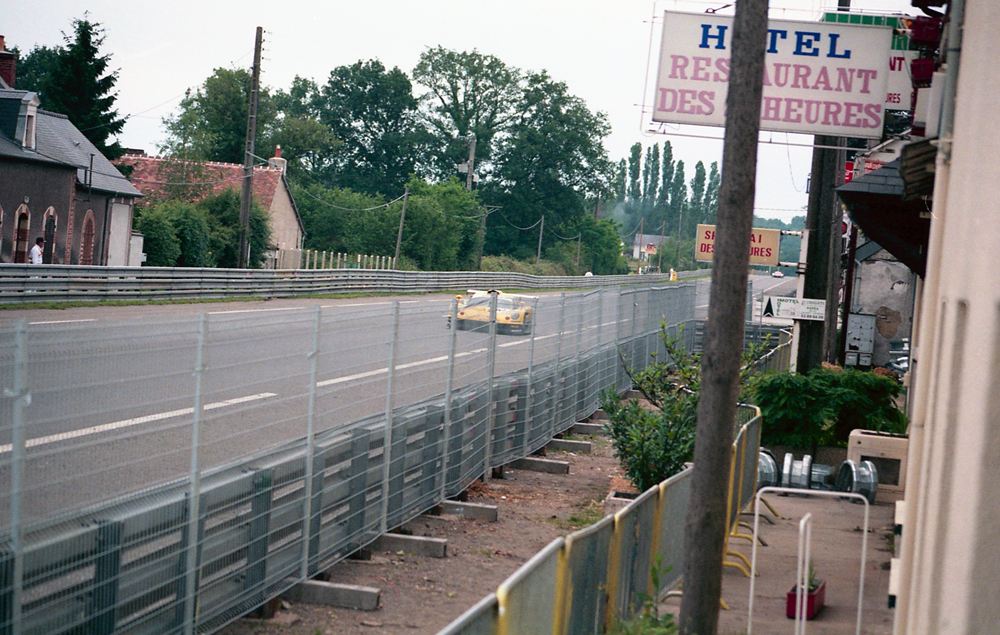 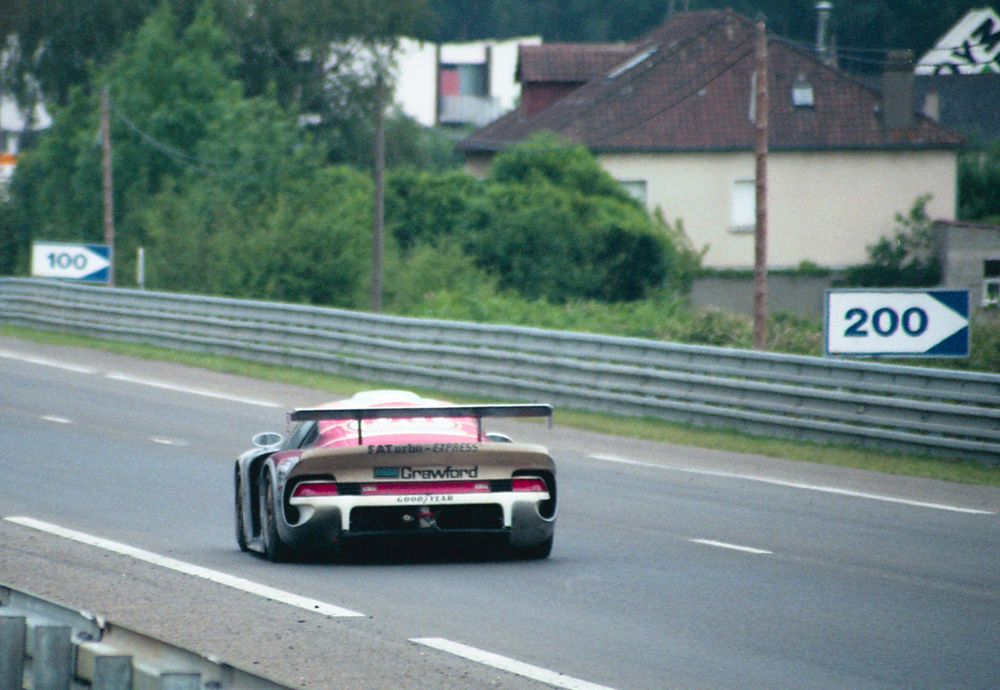 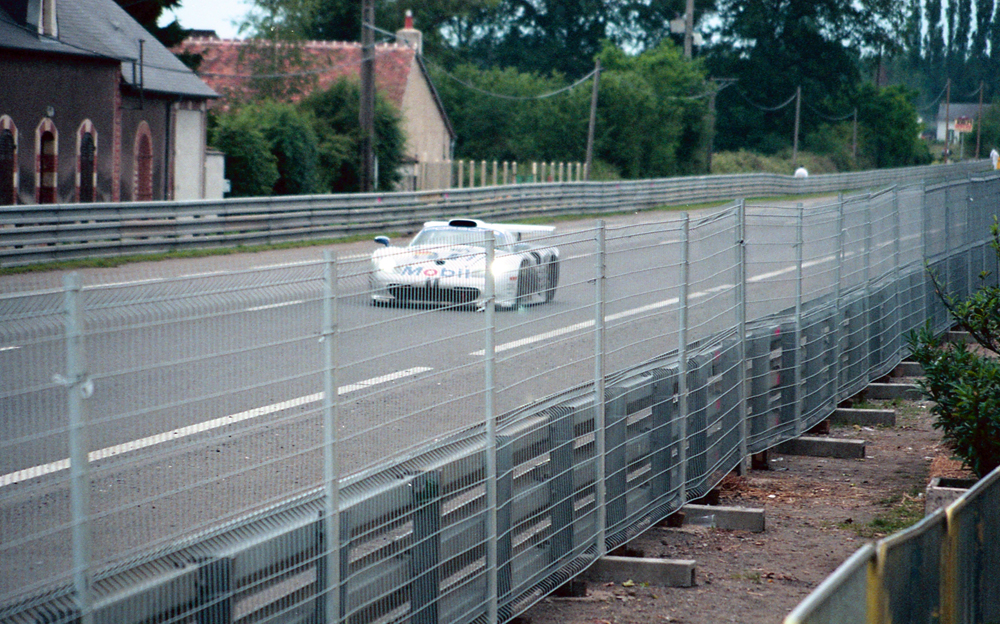 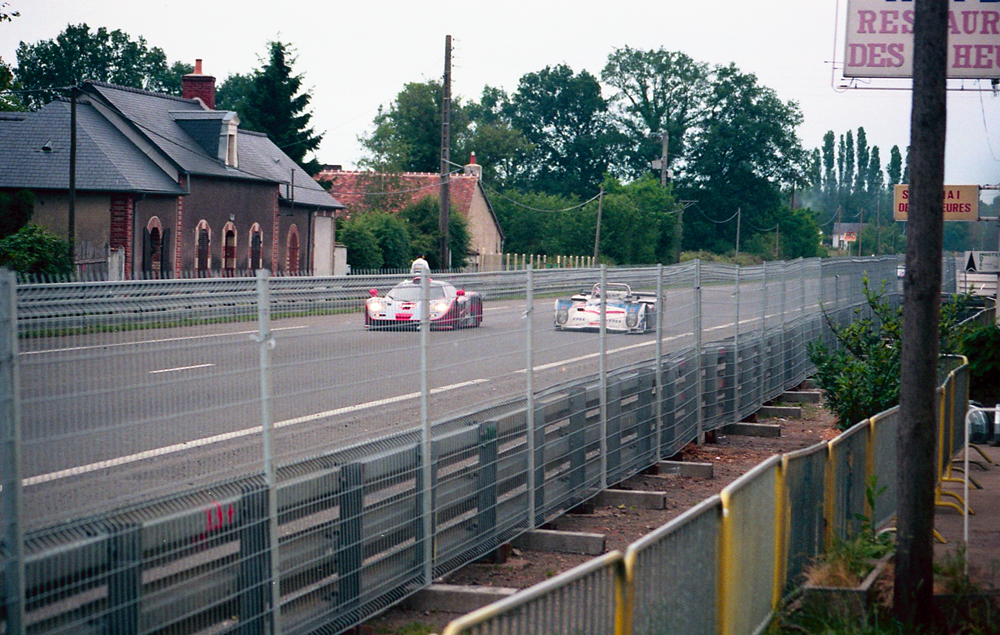 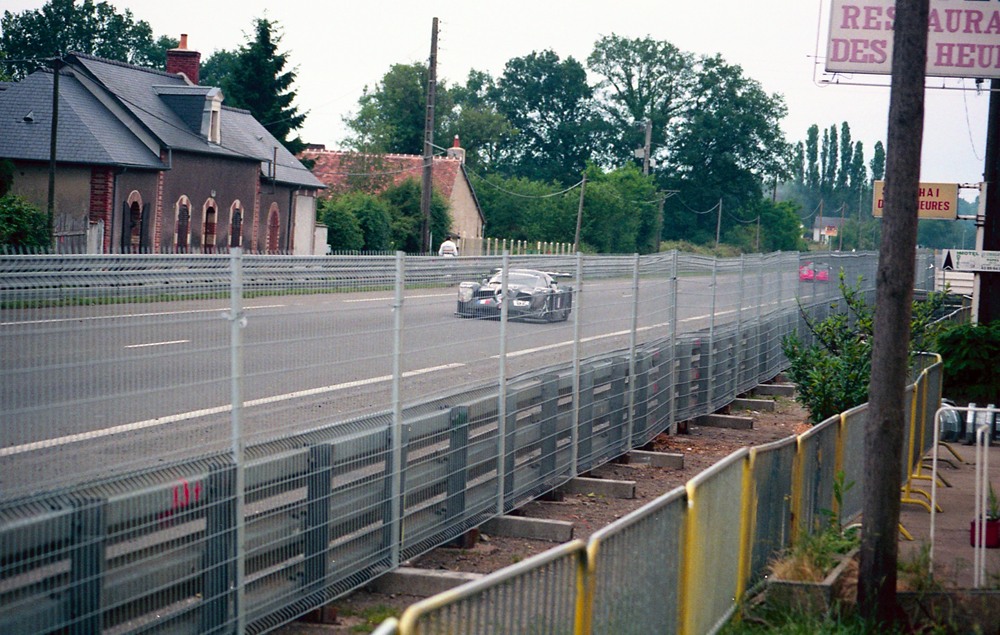 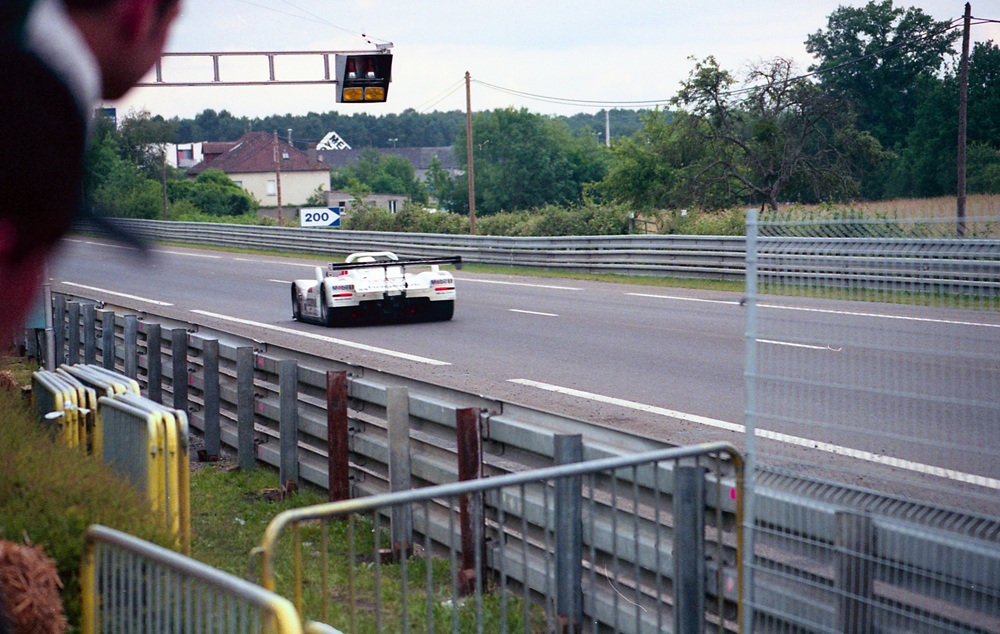 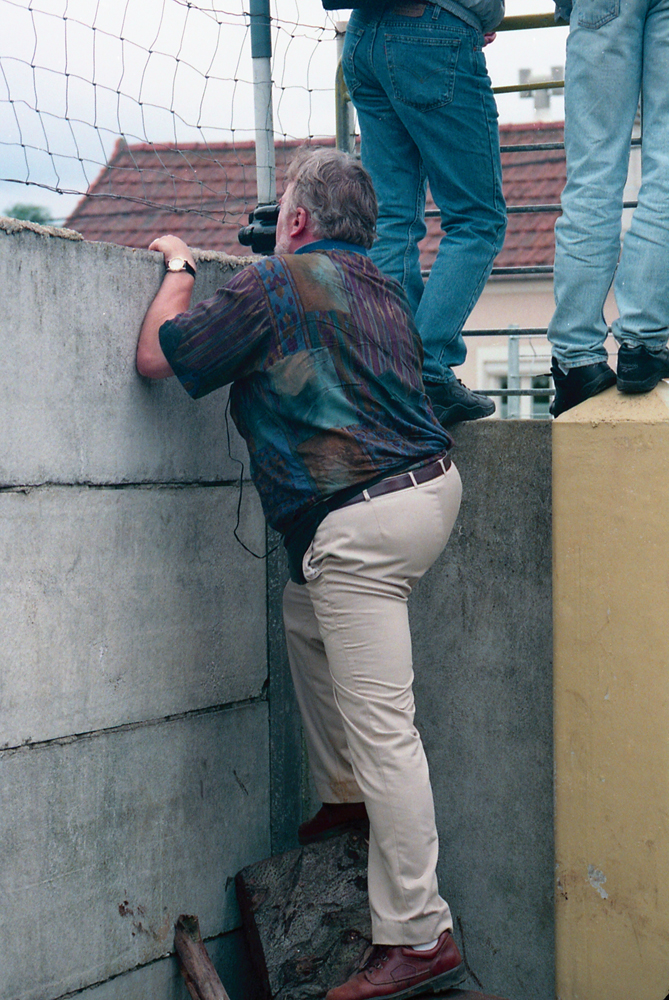 I have to admit that I was a shade disappointed this year as our visit to the Mulsanne was much shorter than in years past, only about half an hour and after taking a handful of photographs, Ian announced it was time to return to the cars for the trip to the venue for our evening’s repast, which would once again be taken at Le Belinois, at Moncé en Belin.

As regular readers will be well aware, I've eaten at Le Belinois many times.  Since 1990 we only missed in 1992, when Peter and I travelled alone to .  Our meals at Le Belinois have ranged from the superb to the downright awful, but the disappointing meals have generally not been because of the food.  We have had some memorable evenings there, particularly in 1990, 1994 and 1996, but other years have not been so good.  In 1991 we discovered for the first time, just how appallingly slow the service at the restaurant could be.  In 1993, I had a dreadful headache by the time we arrived there, and I didn’t enjoy my meal as a result.  In 1995, we were all feeling fairly low, as a result of being soaked by the incessant rain.

All was looking good, this year, until after the entrée, when I began to feel unwell.  I had terrible indigestion, so much so that I didn't feel like eating anything else.  In fact, this year the service provided by the staff at the restaurant was at its worst, leaving us waiting for over an hour between courses, which simply wasn’t good enough.  I ate very little of my fish course and my main course, nipping outside from time to time for a little air (it was unbearably hot inside the restaurant).  In fact, I returned to the car and took some strong indigestion tablets (which I had the foresight to bring with me) and, within half an hour or so, I was feeling quite a bit better – trapped wind, that’s what I put it down to, anyway! 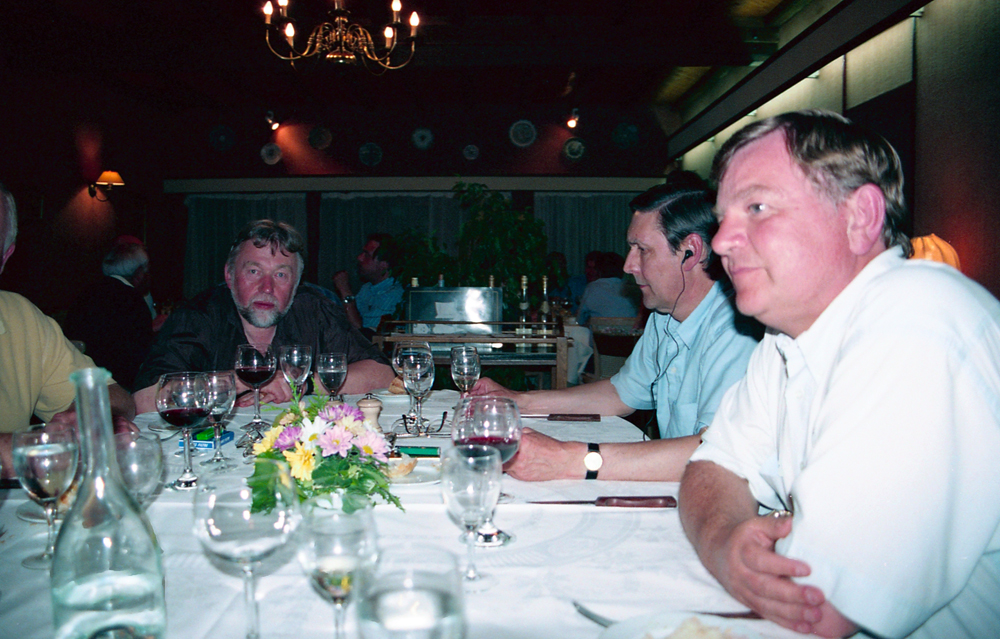 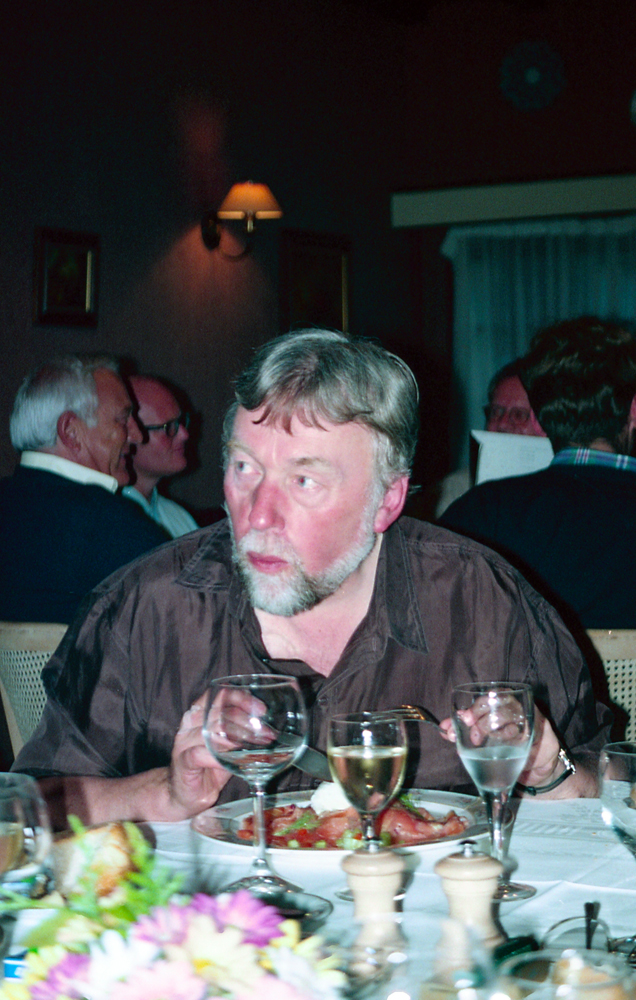 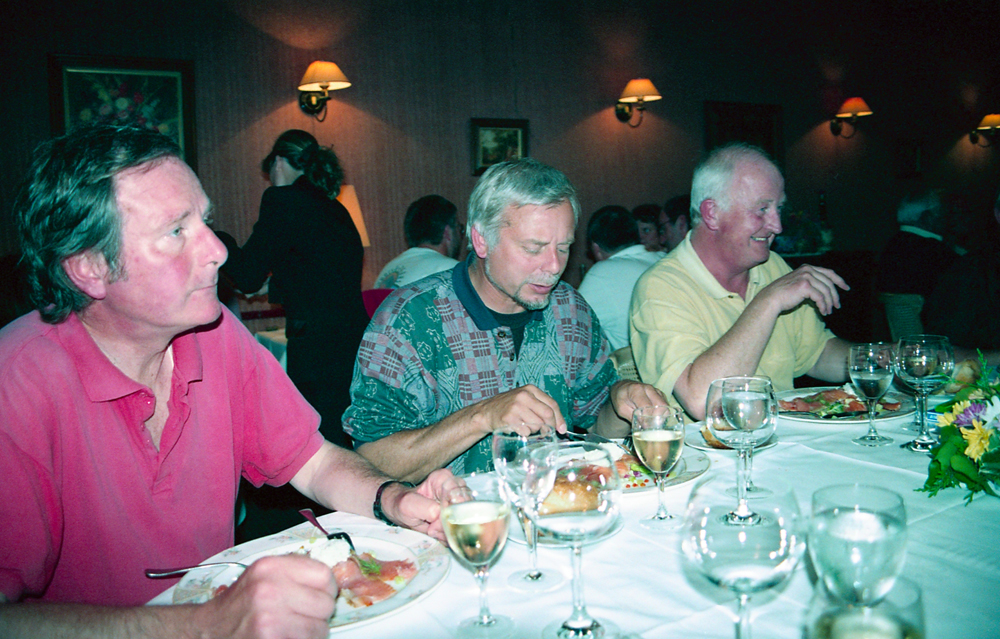 I felt so much better that I was able to indulge in a dessert, a very pleasant melange of sorbets, but the evening had dragged on so much that I had actually become bored and I couldn't wait to get back to the circuit.  It was midnight by the time we left Le Belinois for the journey back to .  I think the others were just a bit worried about me, as I was still determined to stay at the circuit all night, but by the time we got back to the garage rouge at just before half past midnight, I was feeling back on decent form again.