The days seemed to tick away very slowly towards Friday, 13th June, but I was able to get all my bits and pieces ready well in advance.  I had as usual, booked a day’s leave on the Thursday and thought I would have a long and leisurely day in which to make my last-minute preparations and pack my bag.  Unfortunately for Jayne however, she wasn’t very well, and didn’t go to work on the Thursday.  This was good as it enabled us to spend the day together (going shopping in , not quite so good!).

Shortly before the end of the week I telephoned Ian to make sure there were no last minute hitches, and even got an itinerary from him.  (I express a degree of surprise, as Ian promises me an itinerary every year and I had only received one from him on one previous occasion!).  The itinerary showed both of our stay-overs, on the Friday and Sunday nights.  I was delighted to see it confirmed that we would be staying at the Auberge de la Madeleine in Vendôme on Friday night again.  For the Sunday night instead of rushing back towards the coast on Sunday afternoon/evening after the race, Ian had decided to take things easy and travel just the short distance to , where we would spend the night at the Hotel Le Puits Doré.  This would give us the whole of Monday to meander back towards the coast, hopefully catching a chateau or two on the way.

In fact, the route turned out to be different as well this year.  Our crossing was not after all, to be from to or even , but to , for the first (and only) time since 1990.  We would also be travelling by P & O Ferries, instead of .  The return journey would be a mirror image of the outward leg.

I learned from Ian of one last change to the team for 1997.  Unfortunately, Chris was unable to come with us after all as a relative was very ill.  Instead, we would be joined by Jeff, a client of Ian’s, who had been persuaded by Ian to take up the vacant place left by Chris.  Jeff would therefore be the sole debutant in 1997!

All was well however and I had no problem in preparing everything that I needed (from the planning list which I had put together weeks before).  The Friday dawned and I was up and dressed by 4.45 am, ready for the journey over to Peter's house in Ashley Heath.  I left home just after 5.00 a.m.  As always at this time, the roads over to Ringwood and beyond, over the were wonderfully quiet (although the baby rabbits were not so much in evidence at the side of the road, as they were last year!).

I was absolutely thrilled with the prospect of another trip to  and had that oh so familiar feeling of disbelief that the time had come around again so quickly since I made the same journey in 1996.  I made good time over to Peter’s, and arrived at 5.30 am.  Peter was ready and were into the car and on our way to Ian’s home in Chilworth within ten minutes or so.  With no Nick on the team, there were no other passengers to pick up on the way this year.

The journey to Ian’s was wholly uneventful, and we arrived at his house at exactly 6 o’clock.  I was surprised to find Jim and Alan already there, Alan having brought Jim from , as he did last year.  Martyn was also up and about having travelled down from the night before.  The only person missing was Jeff, who Ian set off to pick up shortly after we arrived while we were enjoying an excellent cup of Carole’s coffee! 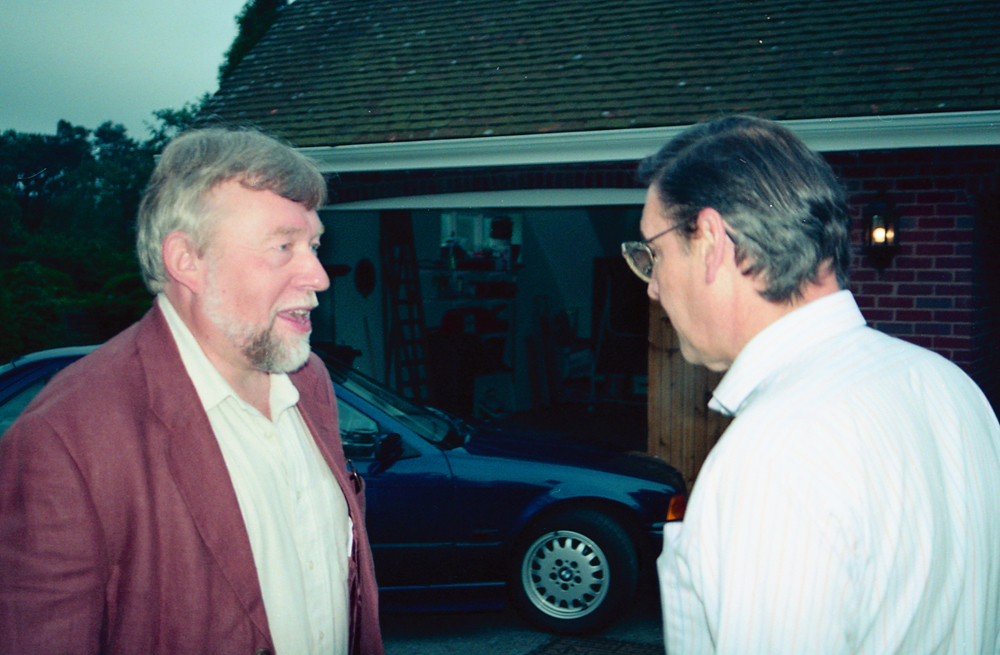 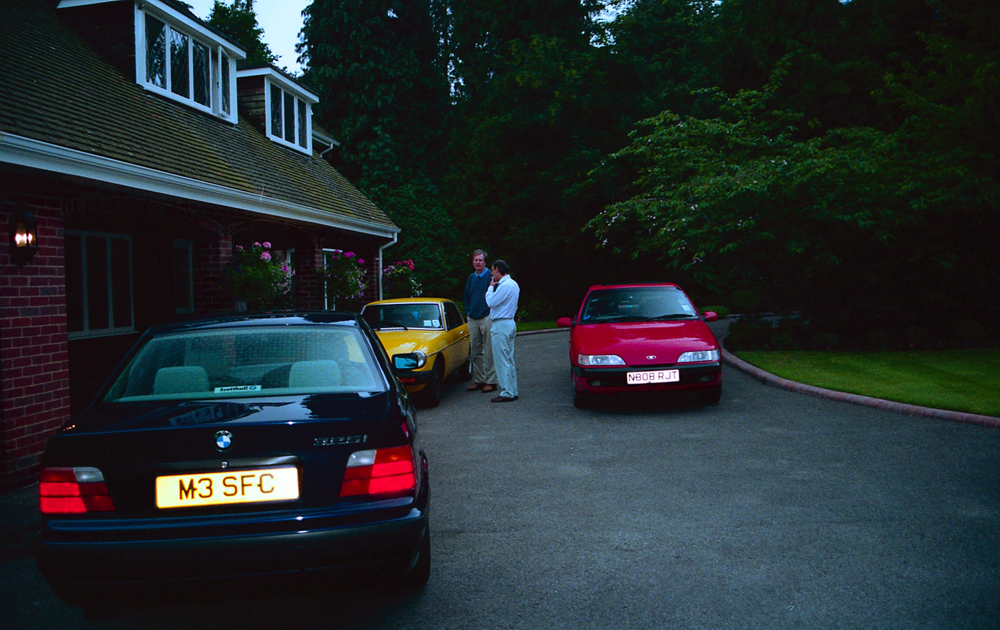 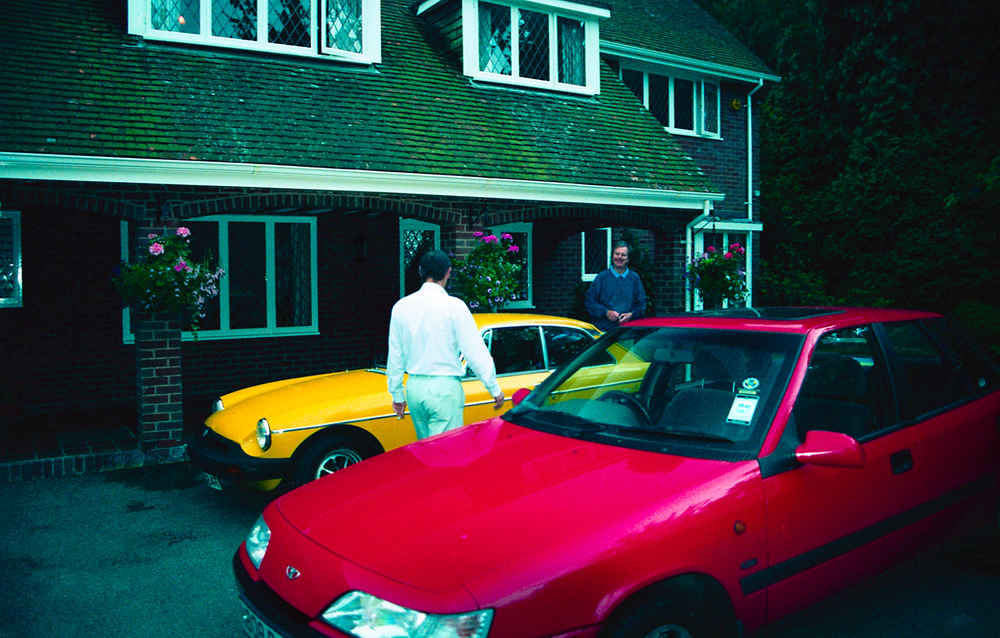 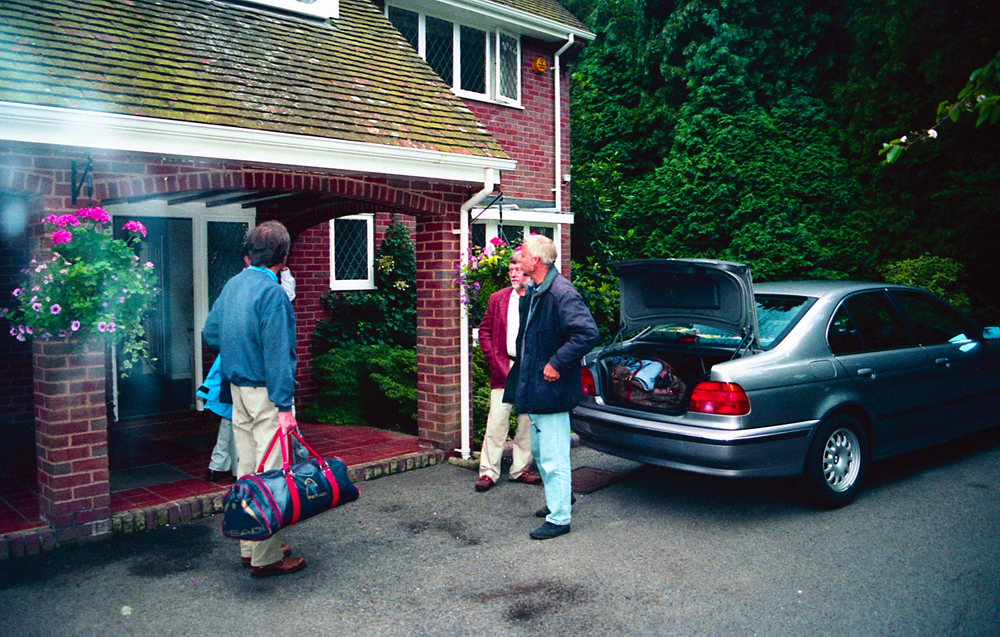 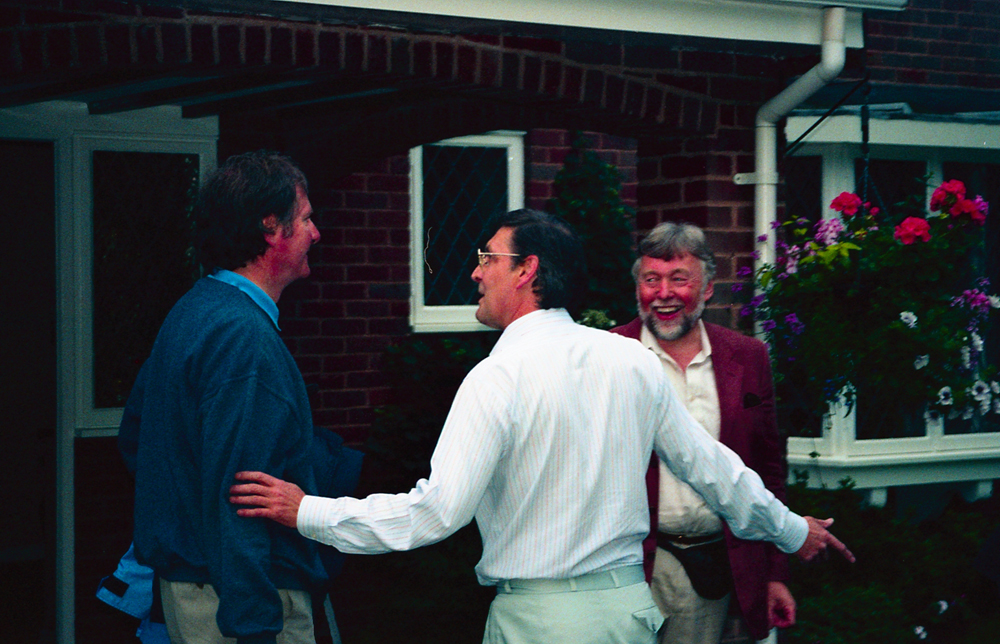 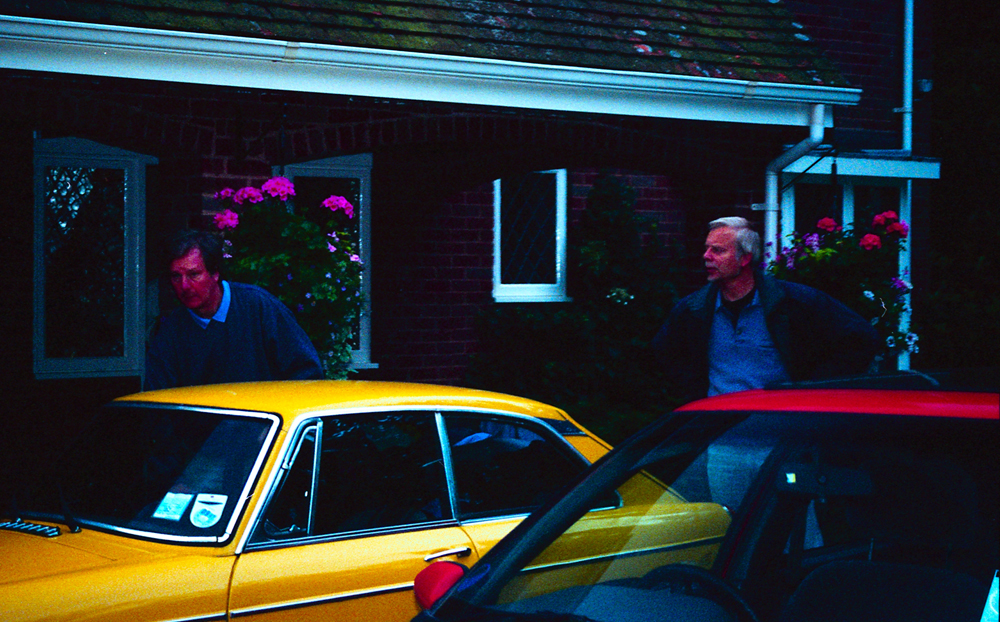 As you might expect, my camera was fully loaded and primed for yet another week-end of photographic excess and I started the week-end off as I intended to continue by a few rather dodgy low-light shots of the Tourists getting themselves and their bags ready to be loaded into the two cars, in preparation for the journey to Portsmouth.  As last year, I would be travelling with Martyn, this time in his BMW 5-Series, with Peter and Jim.  Jeff and Alan would be Ian’s passengers in his BMW 3-Series.

We were due to catch the 8 am ferry from to , so it was soon time to set off for the ferry terminal.  We left Ian’s just after half past six, and by 7.15 we were filling up with petrol at the filling station just outside the terminal.  It was then into the queue for the ferry and within ten minutes or so we were ushered onto the Pride of Portsmouth for the journey to . 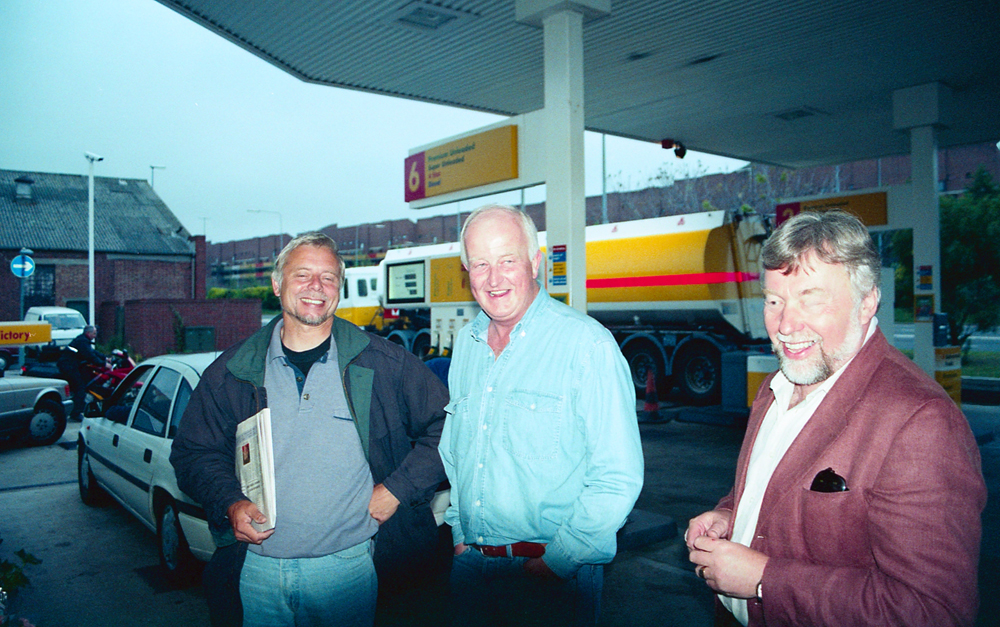 When we catch the early morning crossing our first port of call is always to the restaurant for breakfast.  Sometimes we are lucky and are able to get a table straight away, and fortunately, this was one of those occasions.  The Pride of Portsmouth was quite a big ferry, almost on the same scale as the Brittany Ferries Normandie on which we had travelled for the previous five years.  It was well-appointed and the restaurant was particularly bright and pleasant. 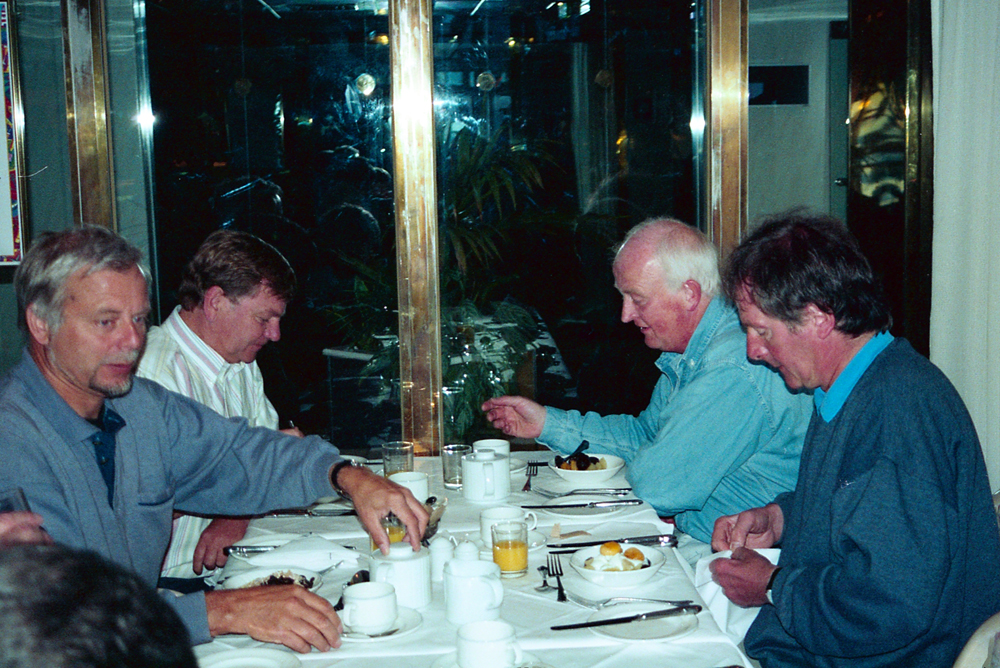 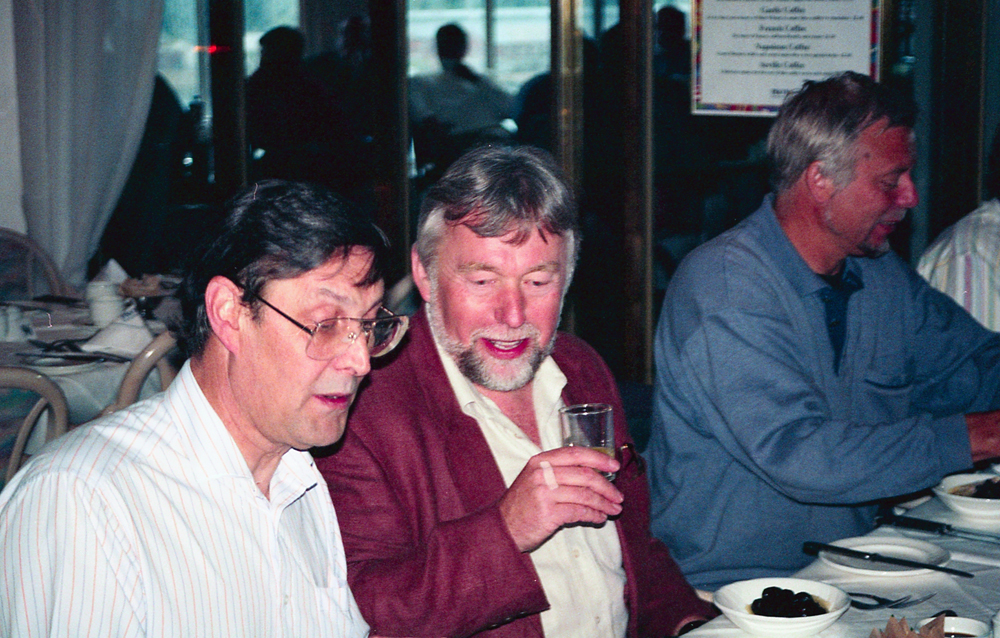 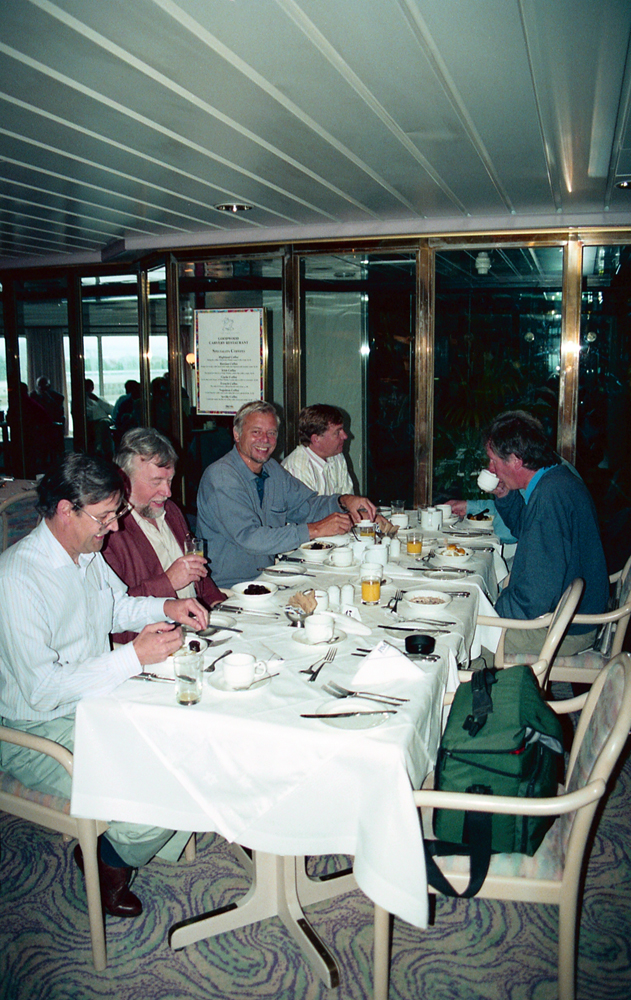 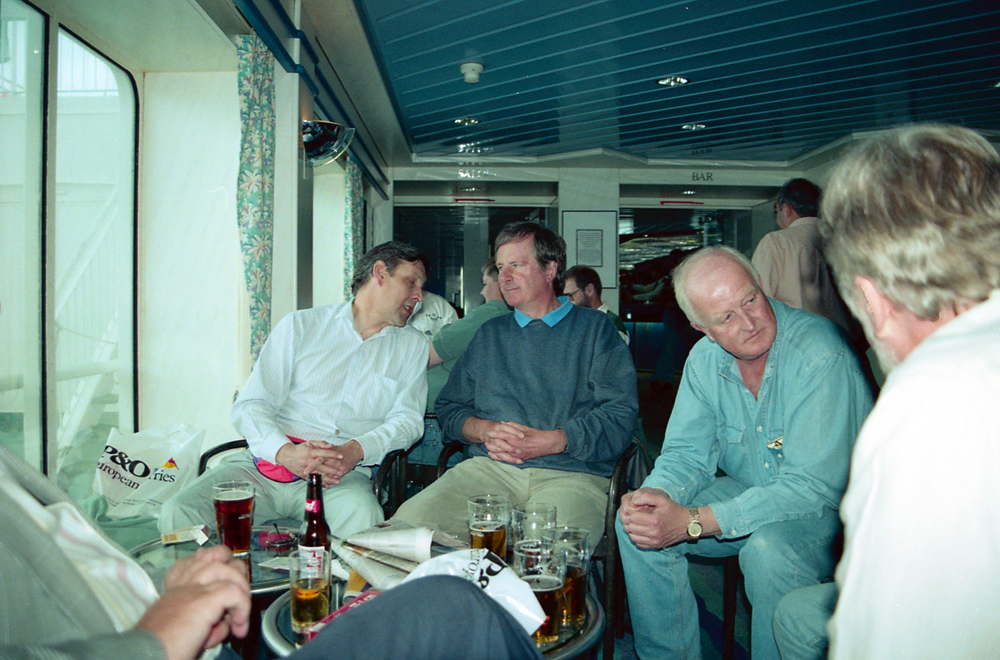 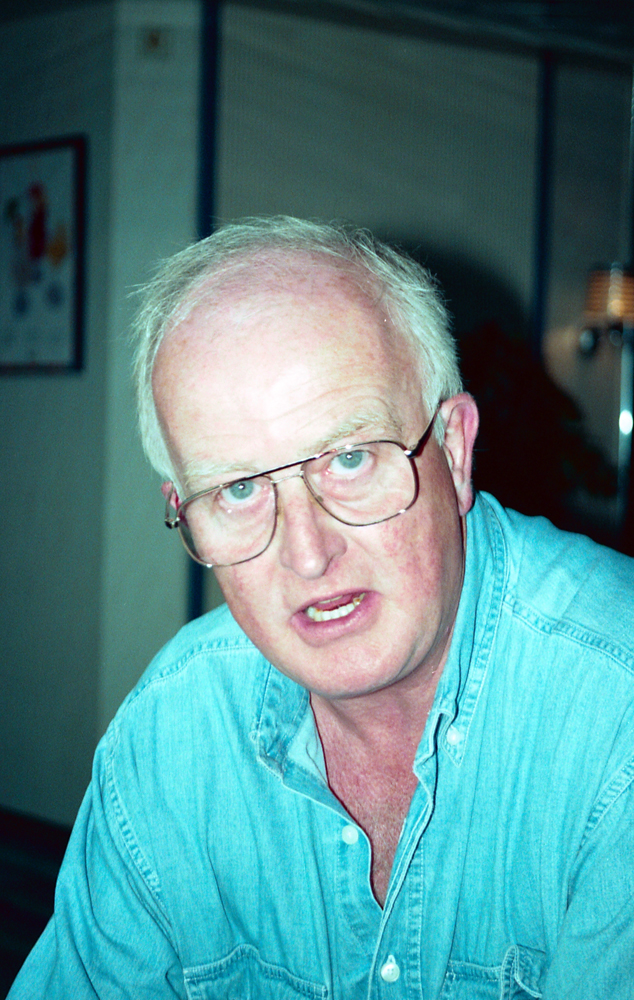 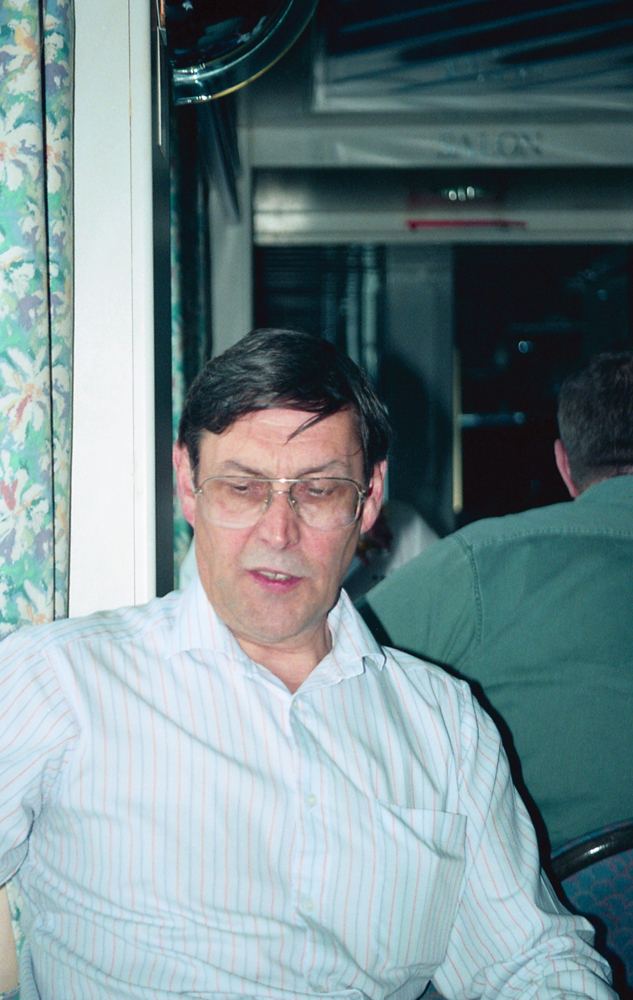 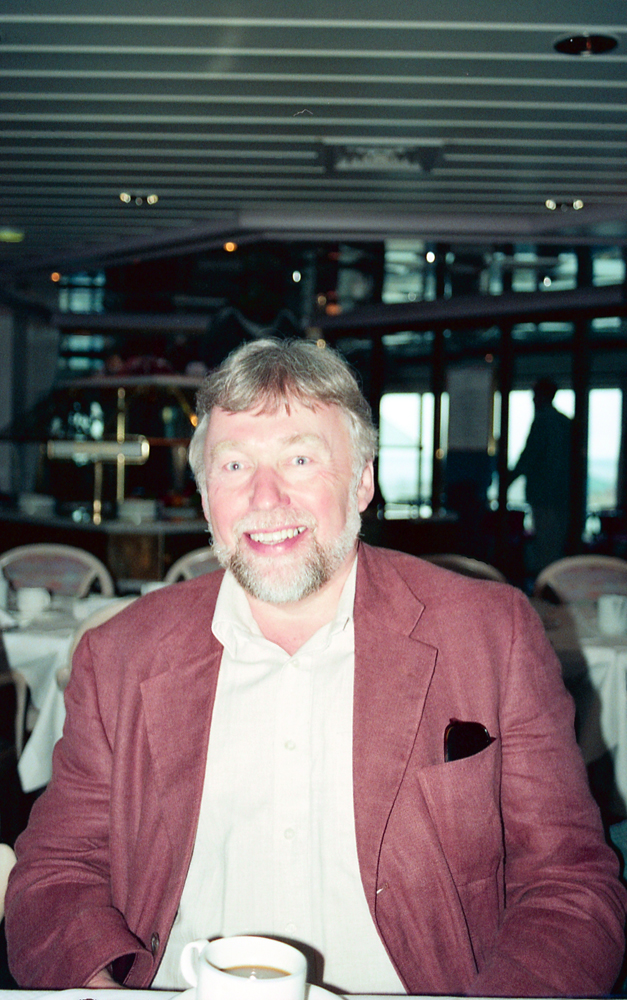 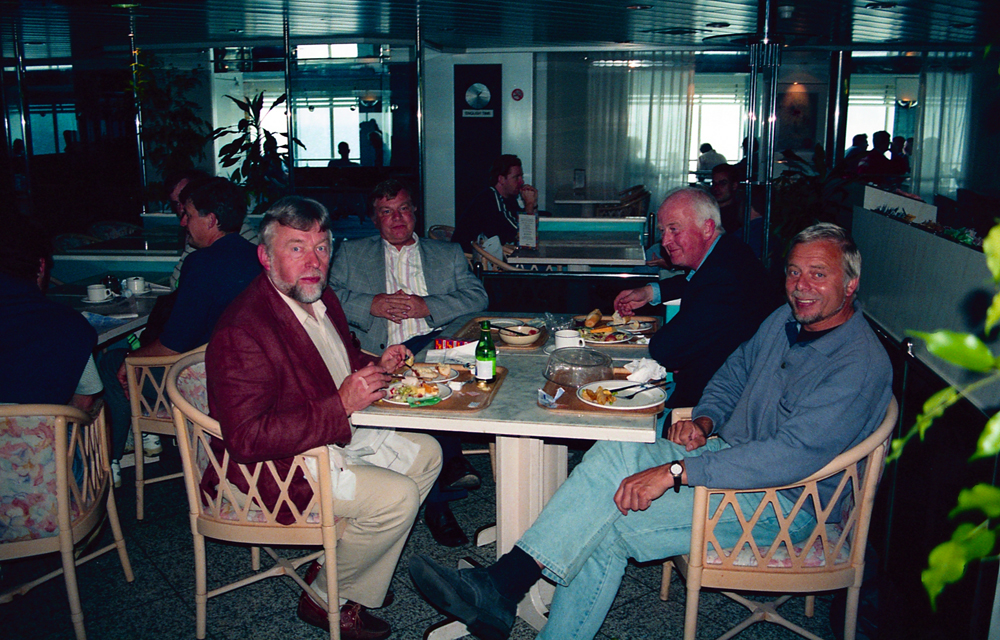 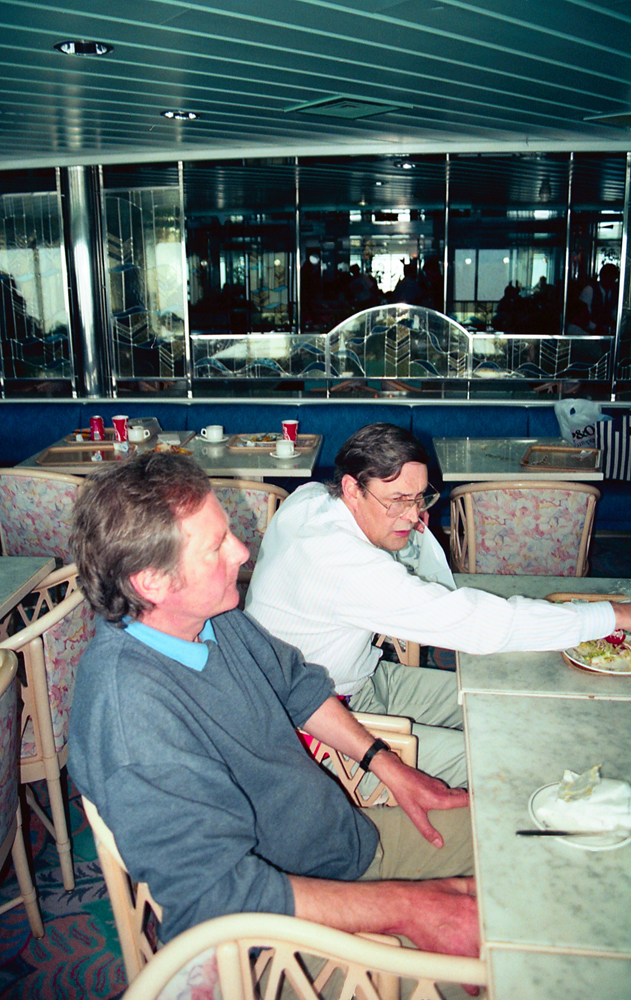 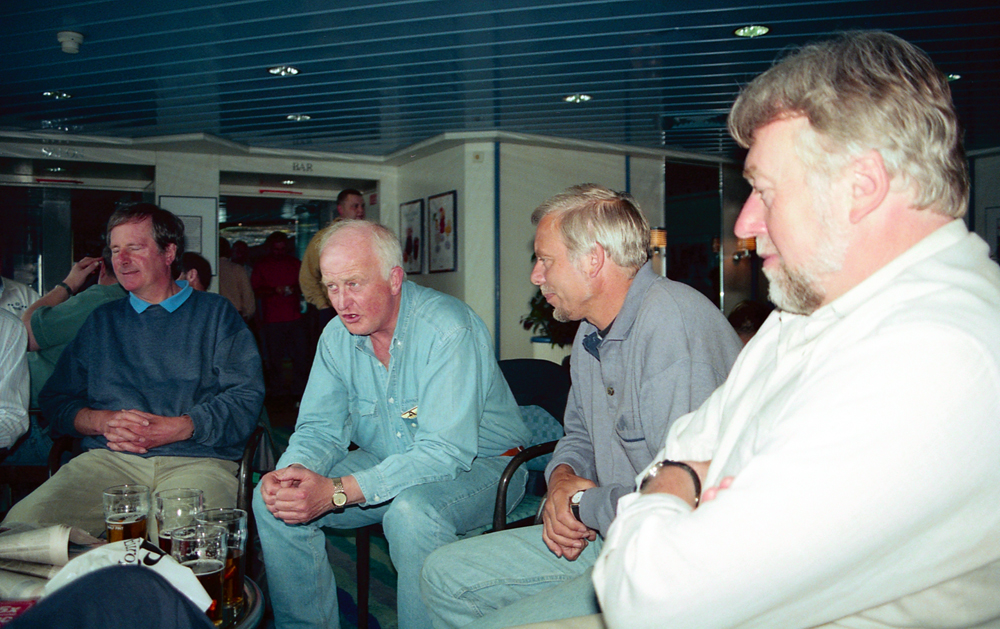 One thing about “teams” is that we have never needed any encouragement to get stuck into food, particularly when it is the first meal of the day!  Cereals and muesli (even prunes for some!) were followed by a full English breakfast, just the thing to set you up for a long journey by boat followed by a lengthy trip by car on the other side of the channel.

Bearing in mind the length of the crossing, we normally spend as much time as we can in the restaurant, so much so that sometimes we are only leaving when the staff are preparing for lunch!  This year however, we vacated the restaurant quite quickly, and made for the bar for a beer or two.  You are probably quite bored by now with me saying that the ferry crossing was “uneventful”, but that’s exactly what it was!  A few beers, plenty of chatting about the race to come and other things, and a visit to the duty-free shop for some.

We were due to reach Le Havre at about 2.45 French-time, so with a long journey in front of us by car (and, no doubt, with memories of that long journey last year, when it didn’t look as though we were going to stop for any refreshments on the way!), we all trooped off to the self-service restaurant at about 2.15 pm to have something to eat and drink.

We arrived on time at and after docking we drove off the ferry in convoy (the two cars having been parked one behind the other on the ferry), at 3.00 pm.  The intention was to motor towards our overnight stop at Vendôme, with a break in the journey (which was likely to take a good four hours), at , for a look at the famous cathedral.