I spent quite a lot of time in front of the pits, taking long exposures of the pit action, before moving up to the top of the tribunes under the grandstands (where there was a little more protection against the continuing drizzle), where I took some more of the now familiar light-streak shots. 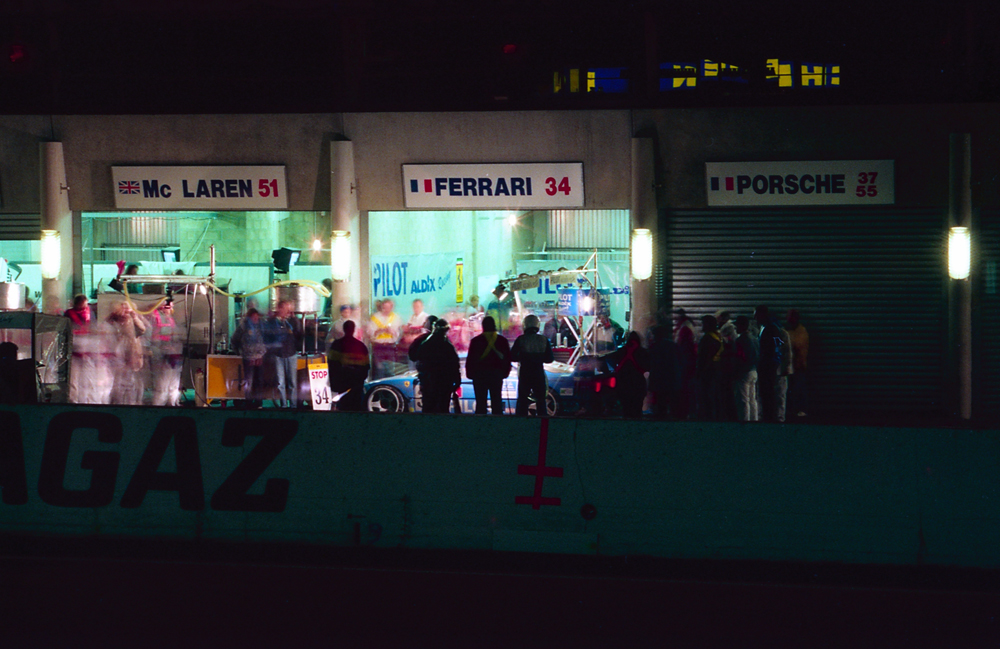 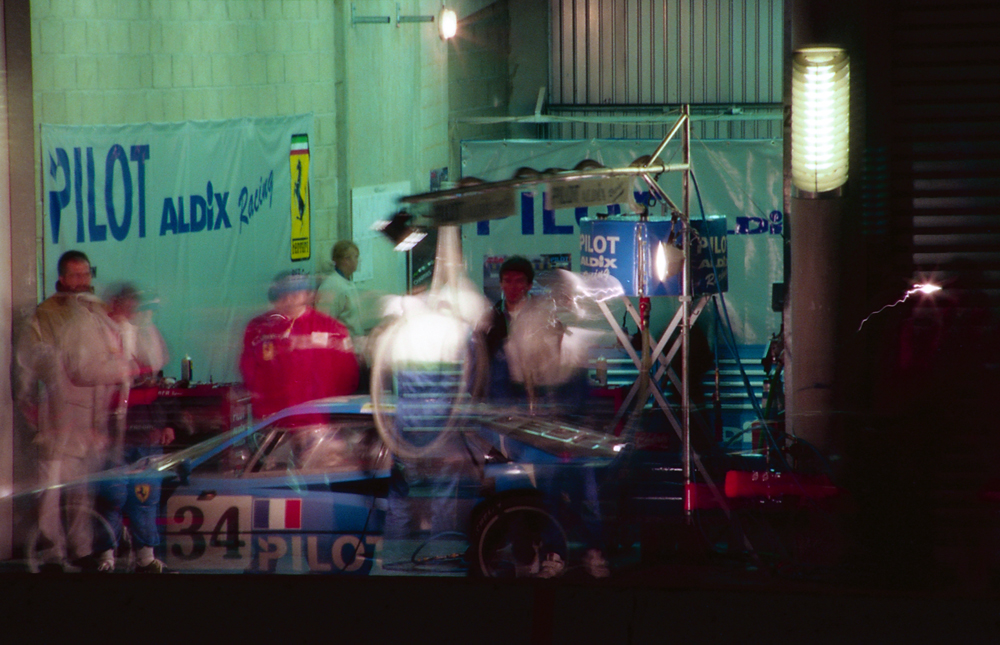 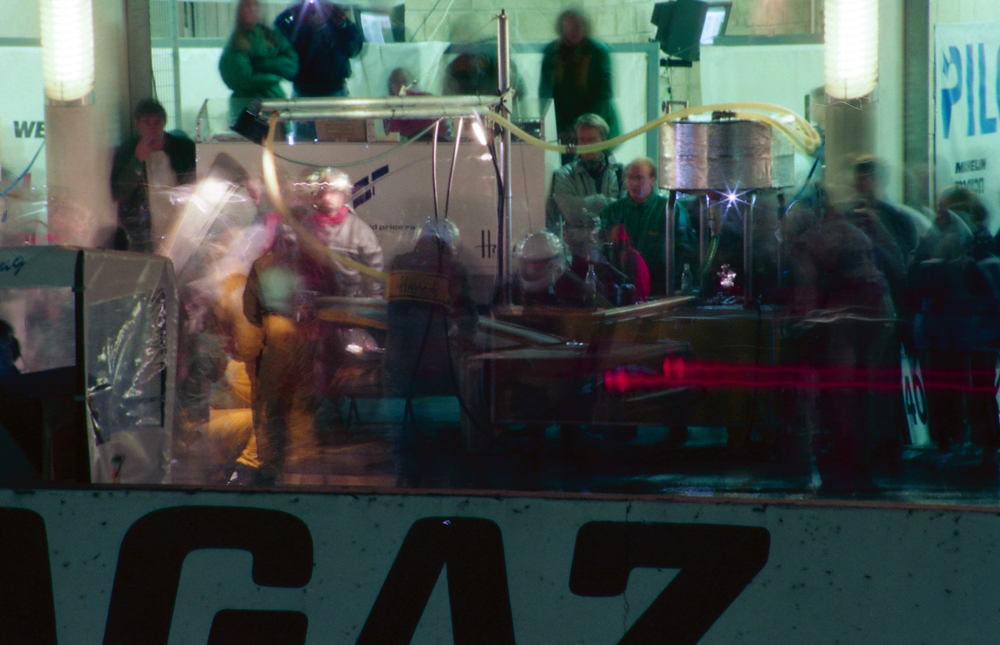 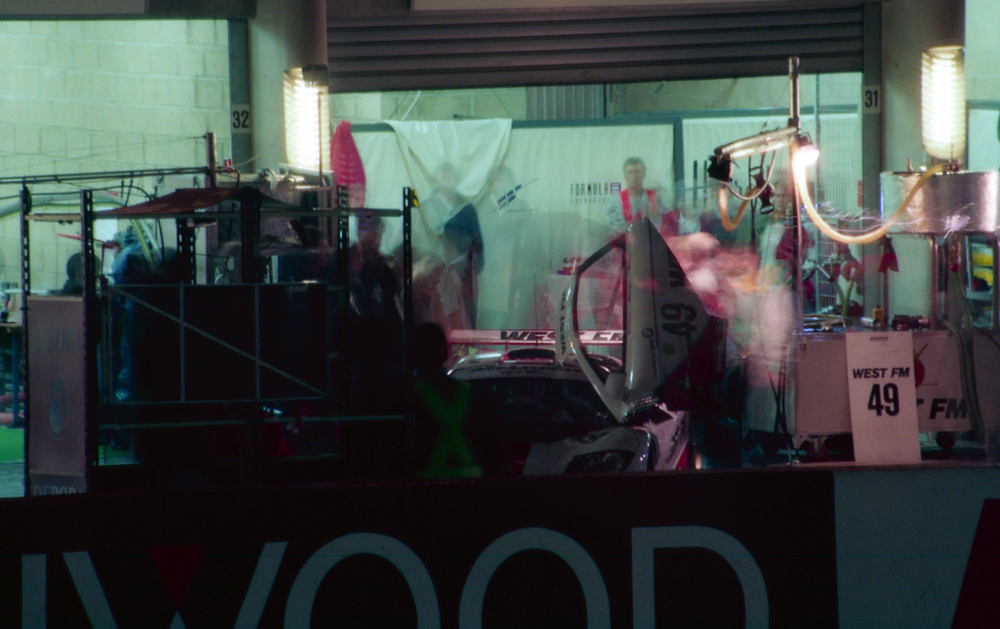 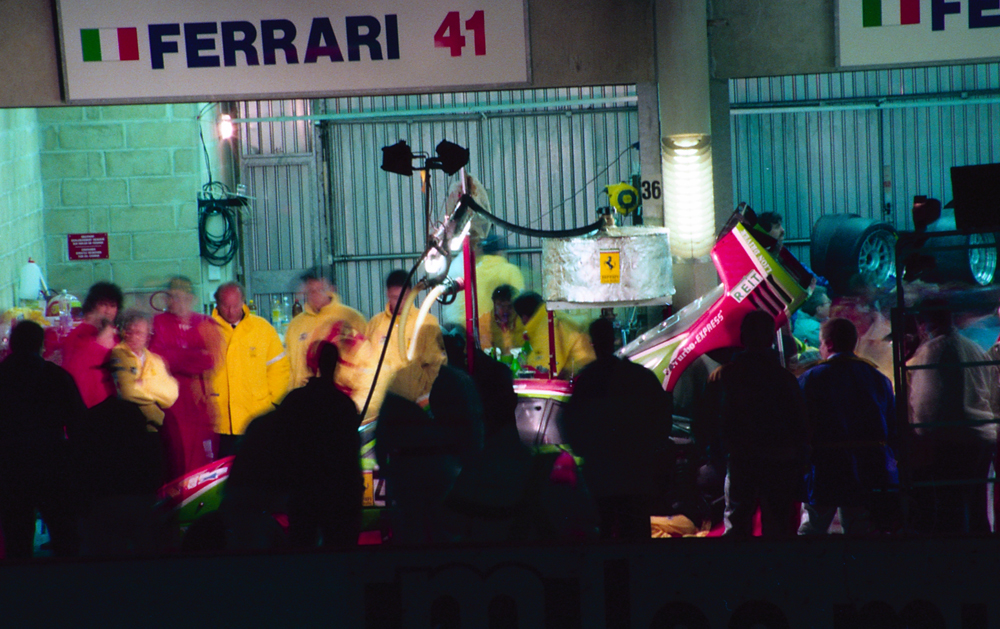 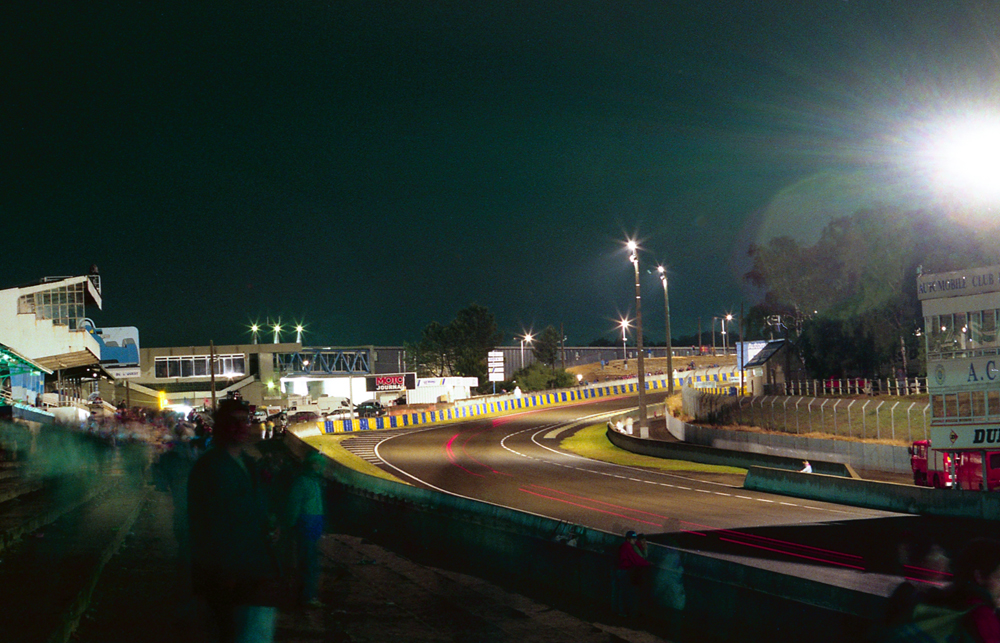 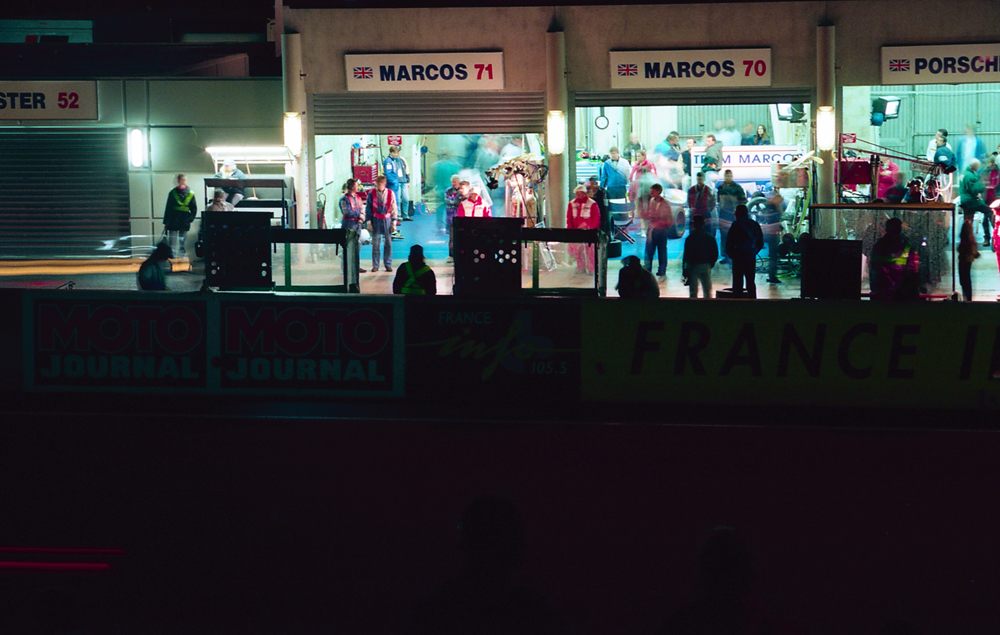 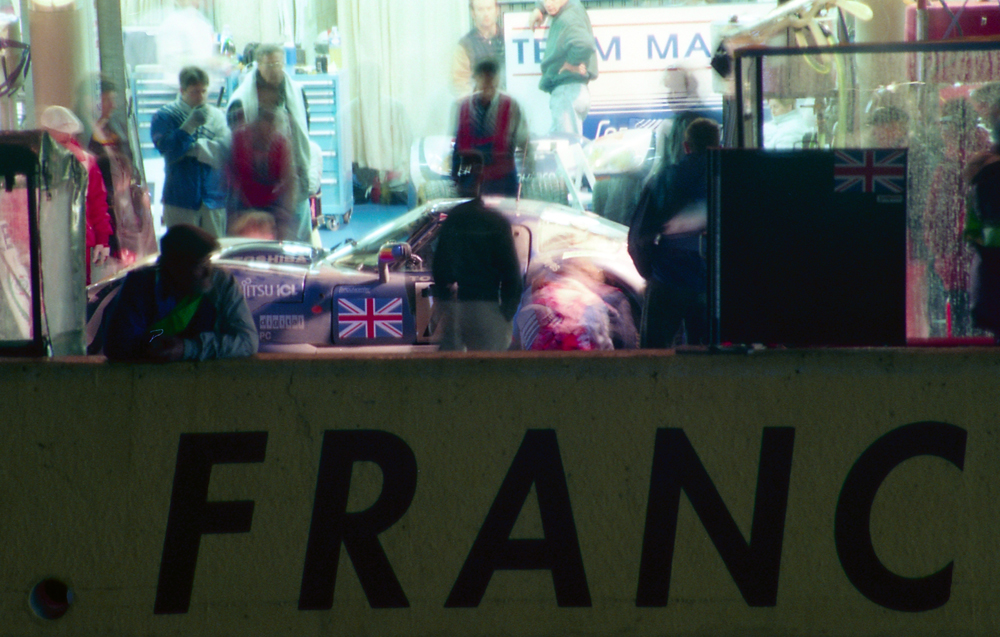 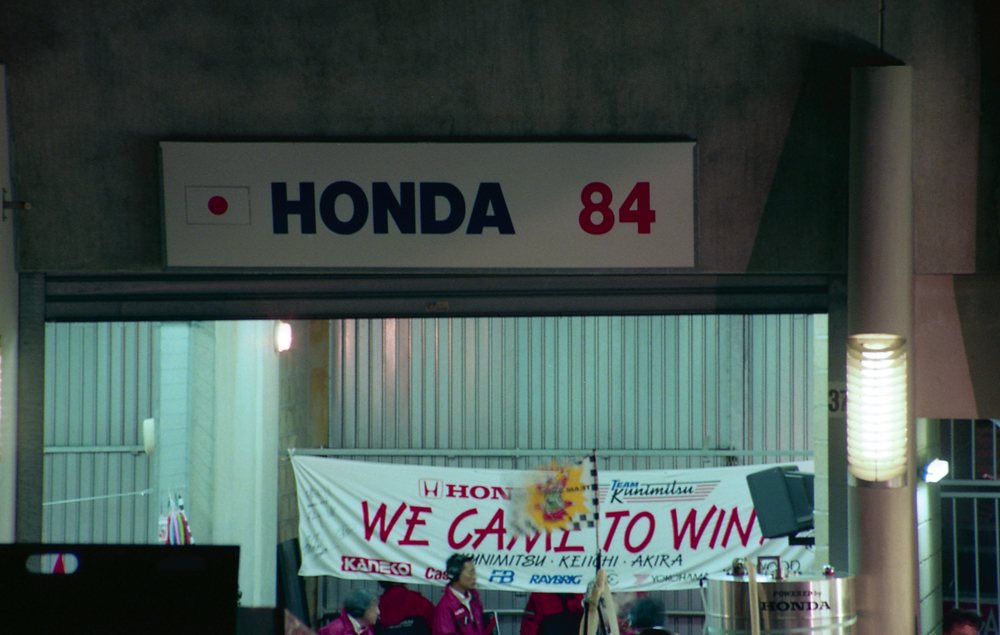 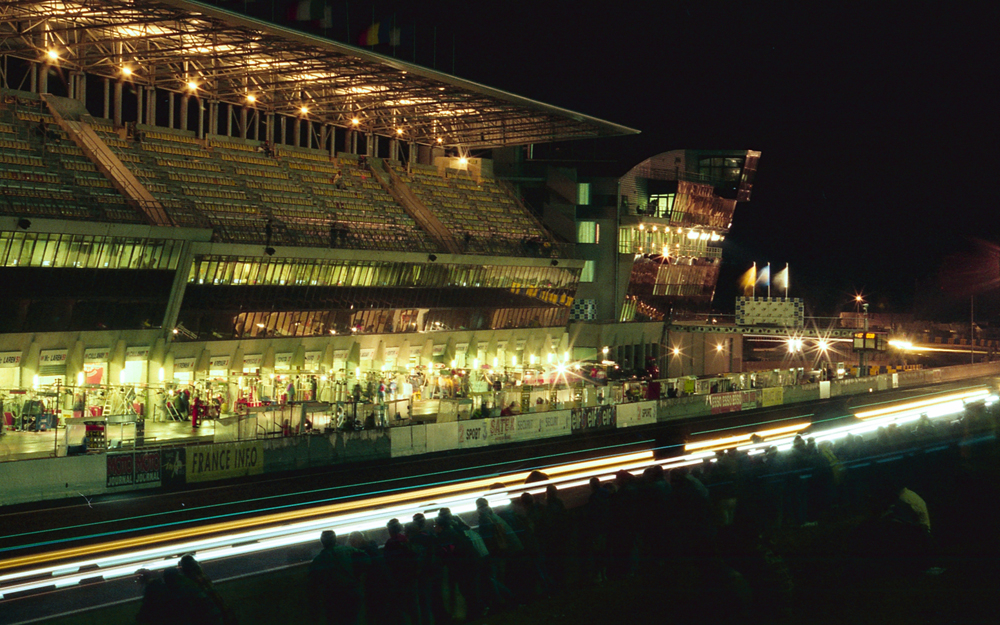 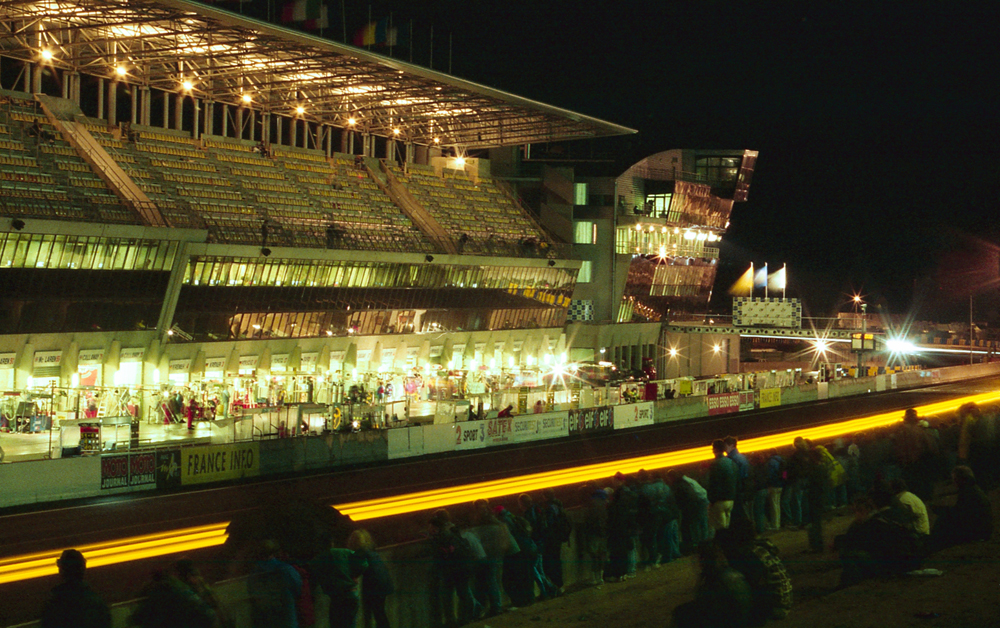 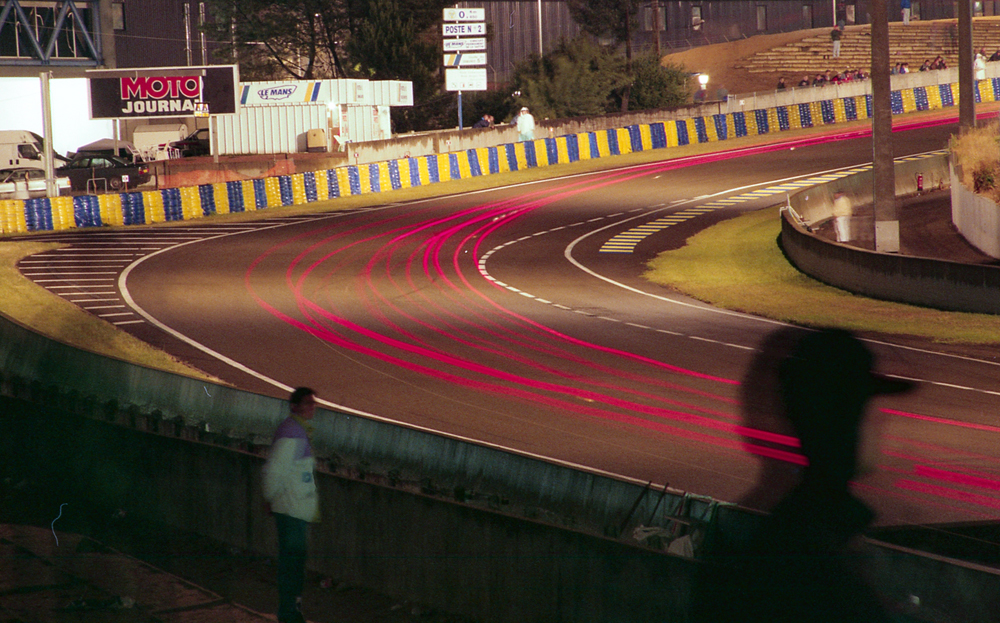 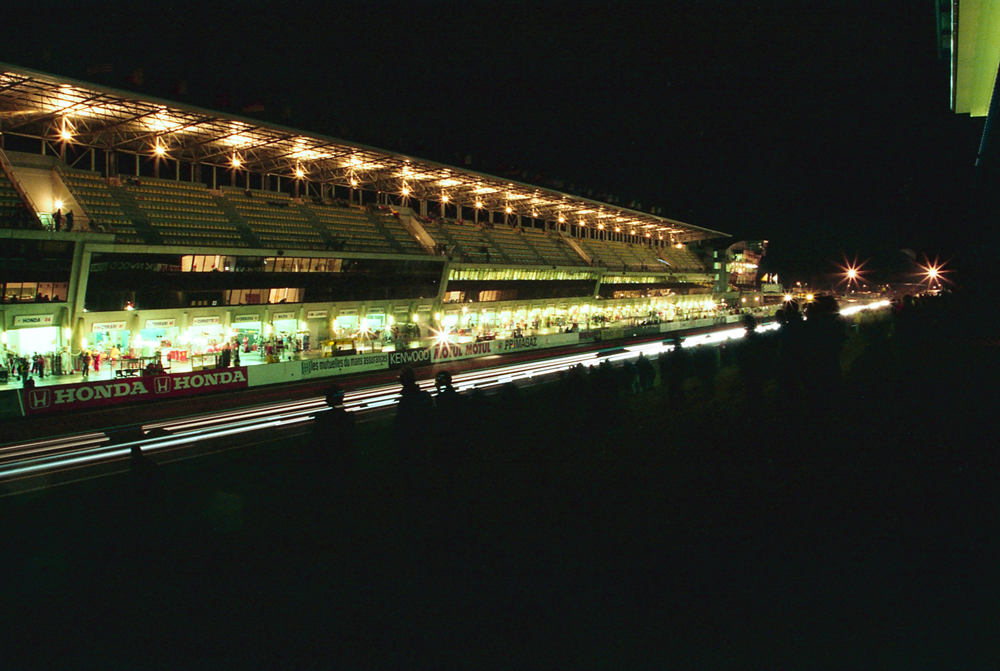 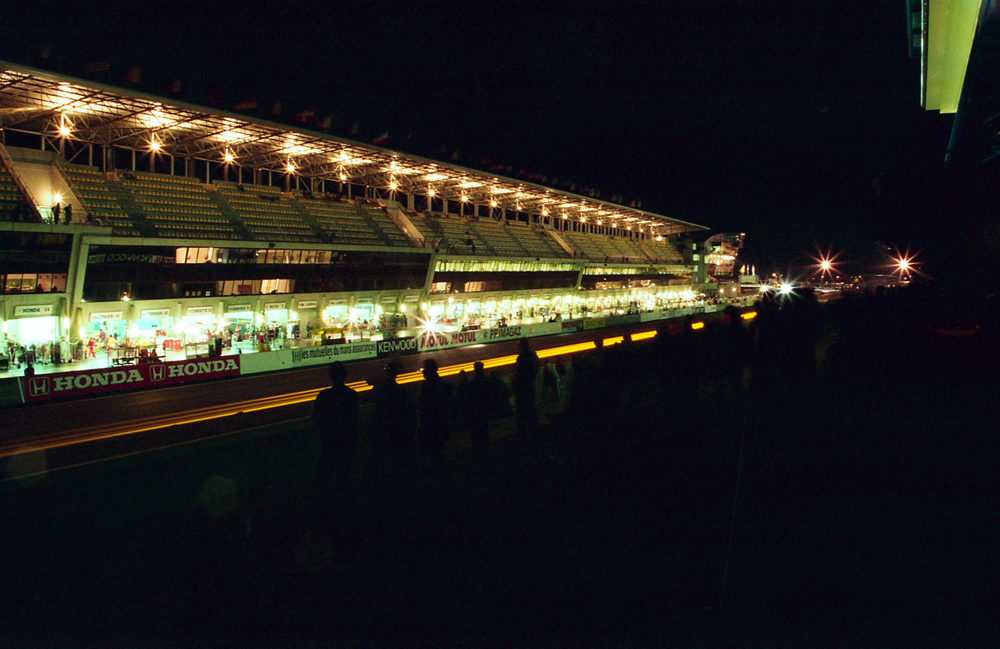 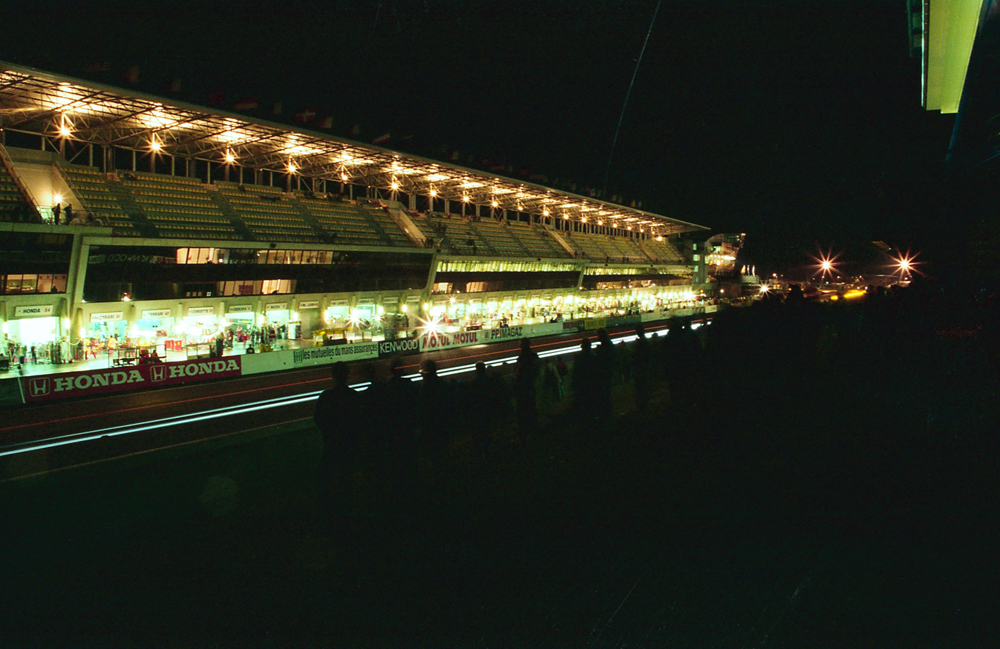 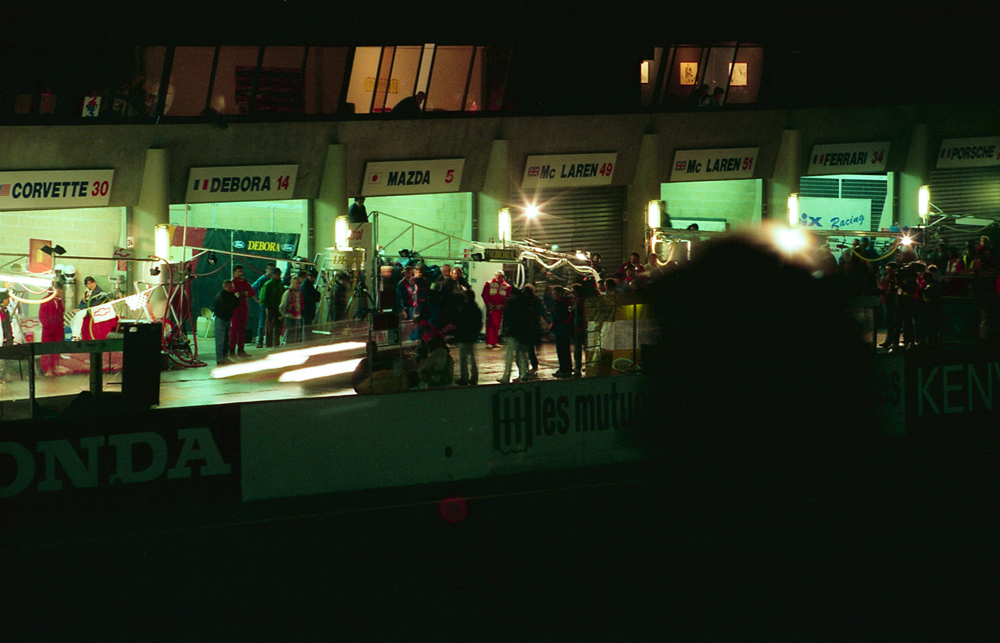 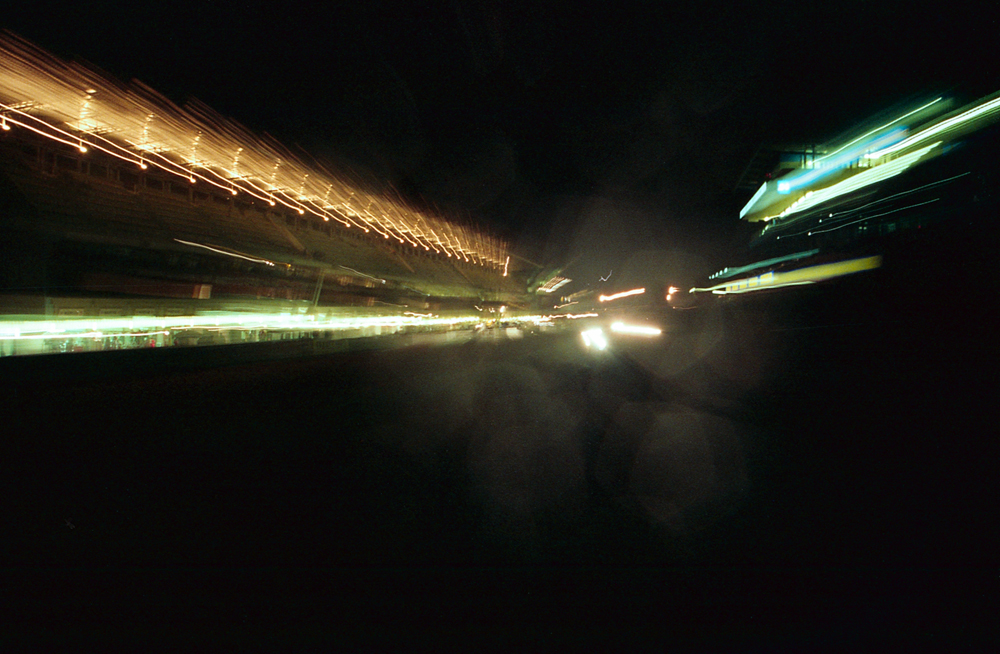 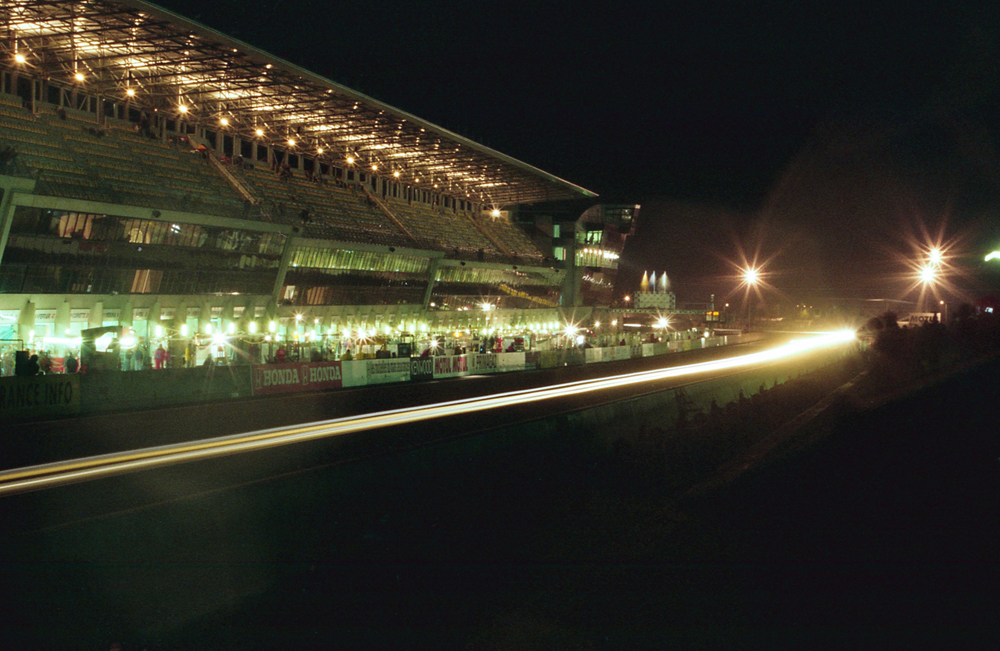 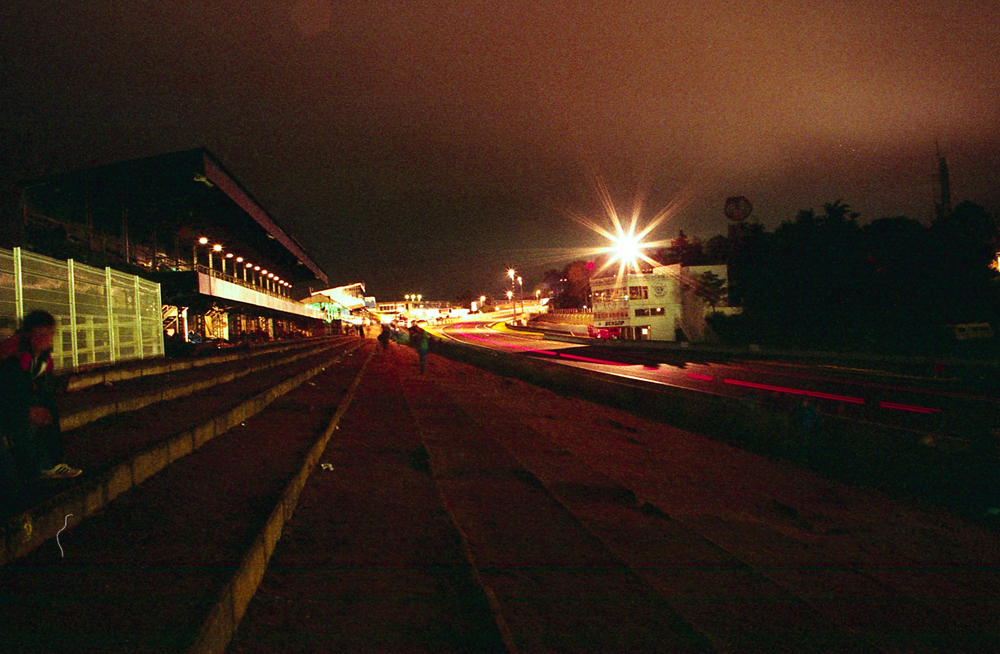 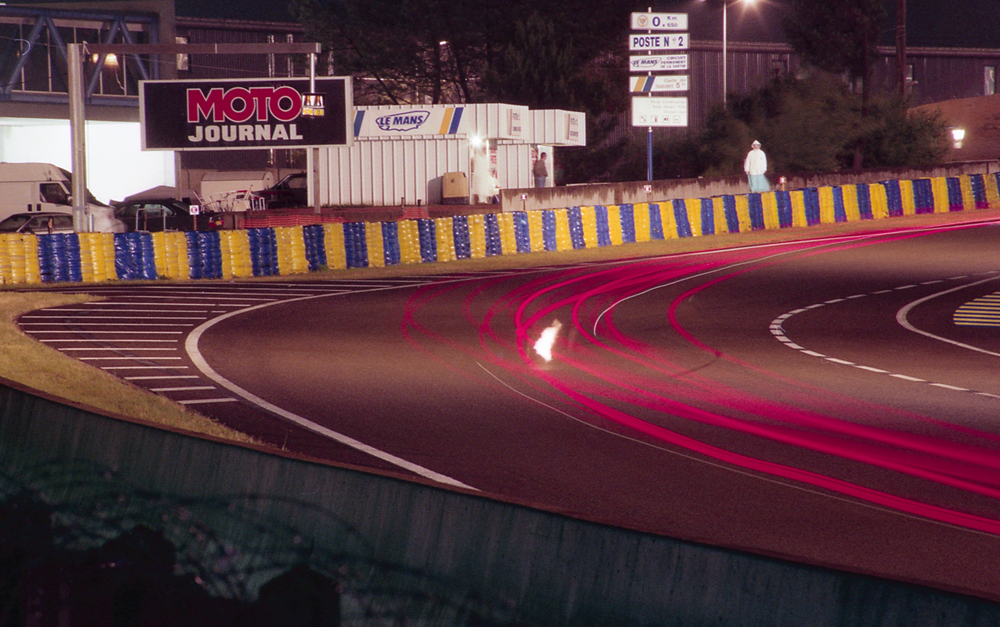 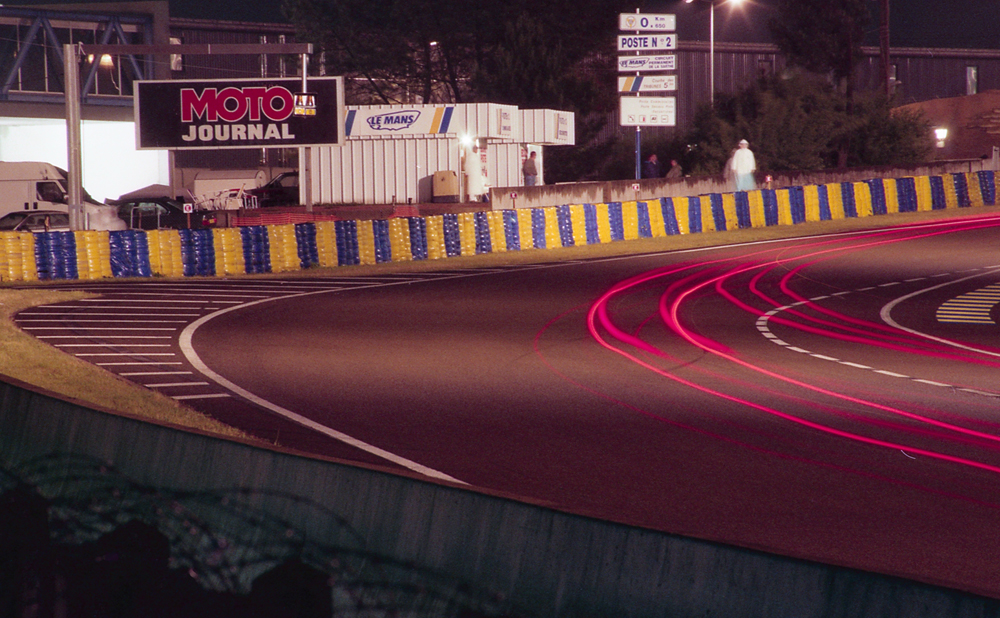 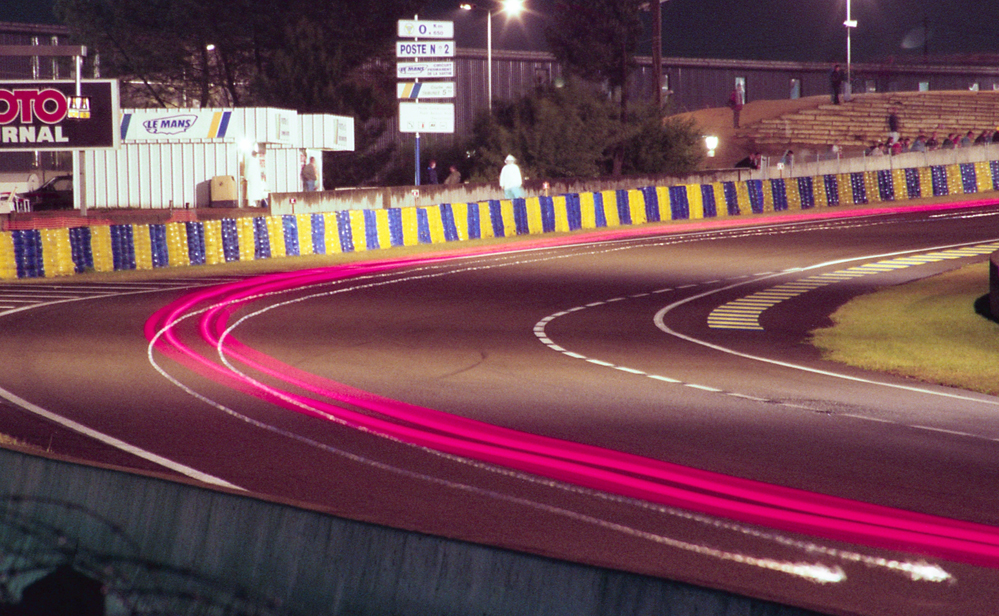 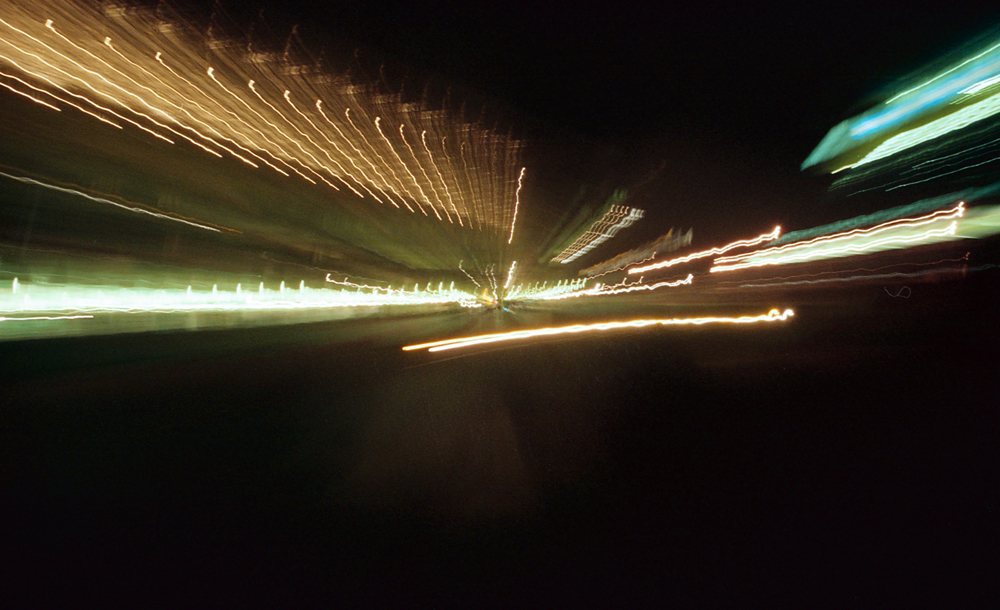 I then headed off on a jaunt to see how far I could get towards the Porsche Curves.  I hadn't actually been to this part of the circuit for several years.  To get there you have to continue along the tribunes down to the Ford Chicane, through one of the main camping areas, and then follow the path on the grass banks as far as it goes.  Eventually, you reach some fencing, which would normally prohibit spectators from getting any closer to the Porsche Curves.   In 1995, however, I was in luck.  The fencing had been broken away or trampled down and I was able to pass through it into the field behind, and walk right over to the concrete retaining wall.  There were already four or five people there, and they had actually climbed over the retaining wall and were leaning on the armco beyond!   I didn't go quite as far as that, I stayed behind the retaining wall.  After ten minutes or so, I just happened to remember the race in 1987, when one of the Cougars leapt the armco and the retaining wall and ended up burning itself out in the very field in which I was now standing.  Chastened by this thought, I beat a hasty retreat! 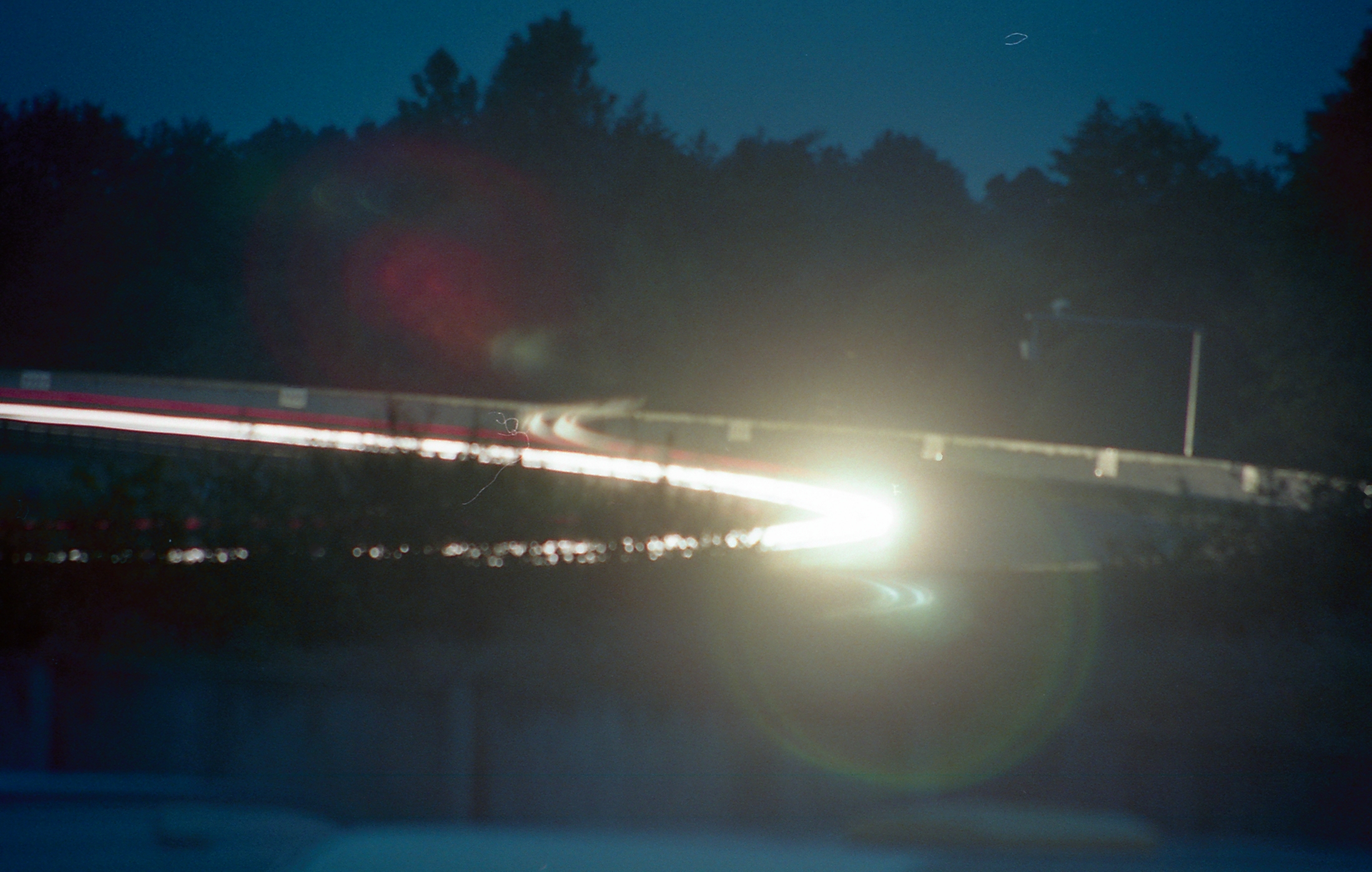 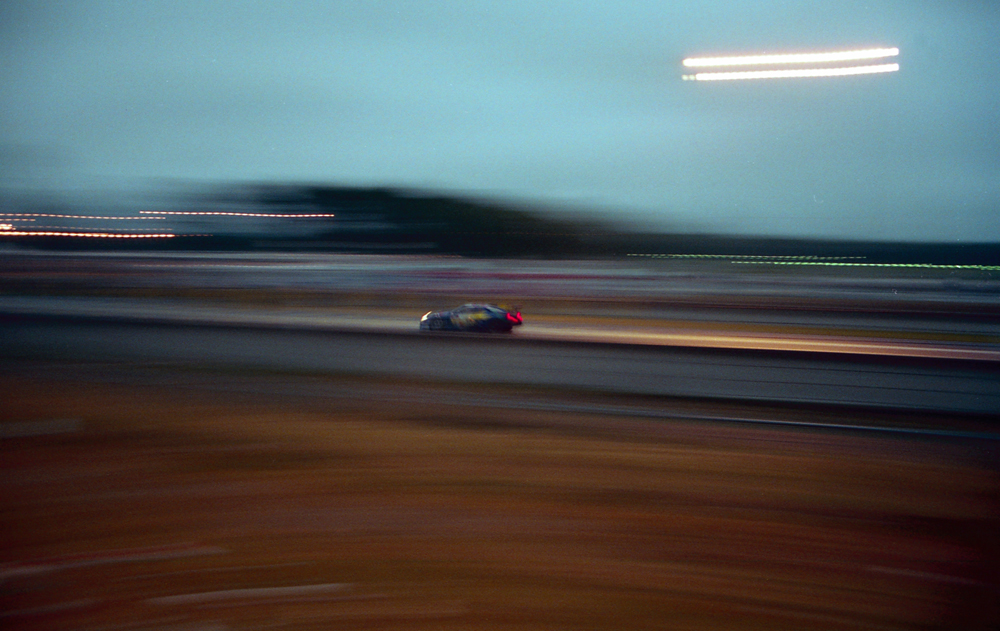 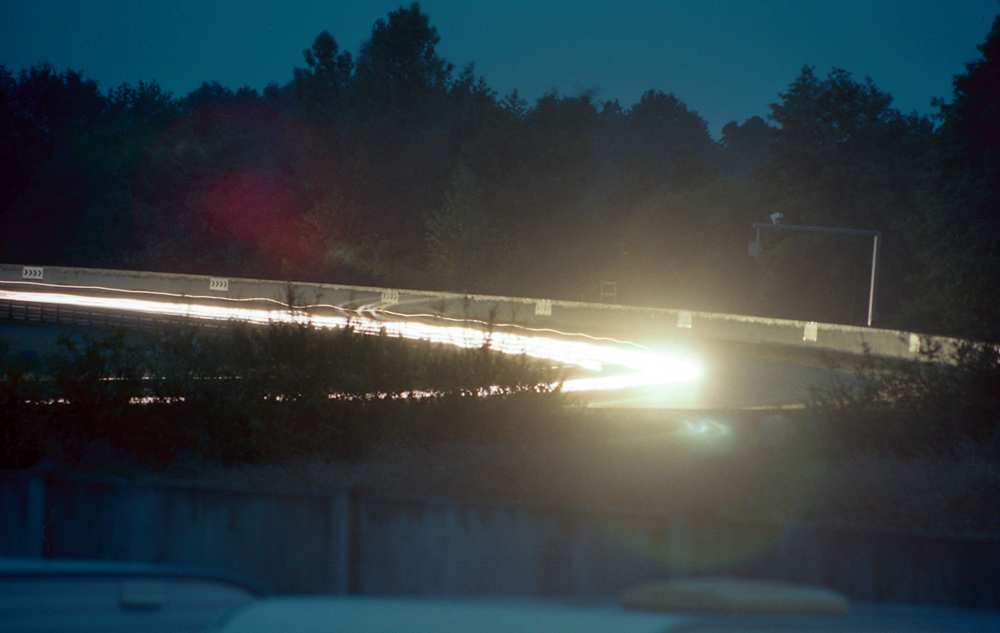 In fact, although I was very pleased to have had the opportunity to get up close to the Porsche Curves, I did have more second thoughts later, when I realised just how wet the long grass in that field had been, and realised just how wet my trousers and trainers had got!  It was about this time as well that I discovered I had quite a large hole in the top of one of my trainers which was taking in water, making my foot very wet indeed!   I began to head back to the tribunes, as dawn started to come up, deciding that there was now enough light to try and take a few more photographs.  By this time (I suppose it was about 5.30-6.00 a.m.), the rain had continued to ease and I could take the camera out again without too much concern for the damp.