So the time finally came (not a moment too soon for my liking) to depart from Le Belinois, and to go our separate ways.  Ian had kindly agreed to ferry me back to the circuit and I think the rest of the team came back as well.  Certainly Ian and I were joined by Jim and after coming down the Esses with me, at about 1.45 a.m., they disappeared back to the hotel.    When you think about it in more detail, some of the team members managed to miss more of the race than they actually saw.  The race is only 24 hours long and I had already managed to miss the best part of five hours while we were at Le Belinois.  Ian, for example, would have missed about eight or nine hours by going back to the hotel.  Some of the others actually saw little more than six or seven hours of the race in total.

Although it was still raining at this time of the morning it was nowhere near as bad as it had been earlier.  Thankfully for me, although I was still pretty damp, I was managing to avoid becoming completely sodden!  (I had, like the others, managed a quick change of clothes before our meal at Le Belinois).    It was also fortunate that although wet, it wasn't a particularly cold night.   As always I was determined to make the most of the night-time hours, and to take as many photographs as possible.  To that end I had with me once again my trusty tripod for the longer exposure shots.   I was hoping to make less use of the tripod than in previous years, due to the purchase of a flashgun.  I had bought, second-hand, a Cobra 700AF flashgun relatively cheaply and I had even made a list of all of those particular parts of the circuit where I wanted to try it out.   Alas, these carefully made plans came entirely unstuck only about ten minutes into my flashgun shots.  Obviously in the dark (and the rain), it is a little difficult to see what you're doing and it was necessary for me to keep changing lenses and putting the flashgun on and off the camera.   The flashgun attaches by means of a screw device onto the camera's hotshoe, and being quite a large gun, there is quite a lot of weight having to be supported by the small mounting.  I had taken precisely seven shots at the Esses, when the mounting cried enough and split.  The metal pins which transfer the information from the camera to the flashgun electronically fell out of the mounting, and that was that!   I couldn't believe it.  I had spent so long planning the night's shooting and it was all over in a matter of minutes.  I was bloody furious!  The flashgun was now quite useless and I would have to content myself with the more usual longer exposure shots.   There was nothing else to do but to wander back and forth around the parts of the circuit that could be reached by spectators, setting the camera up on the tripod and taking pictures where I could. 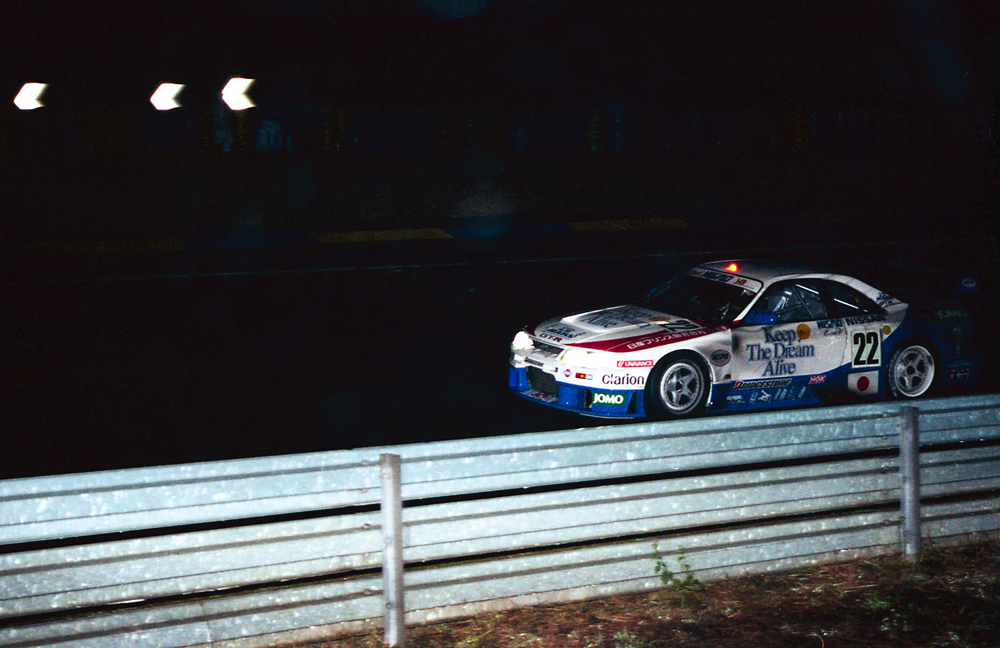 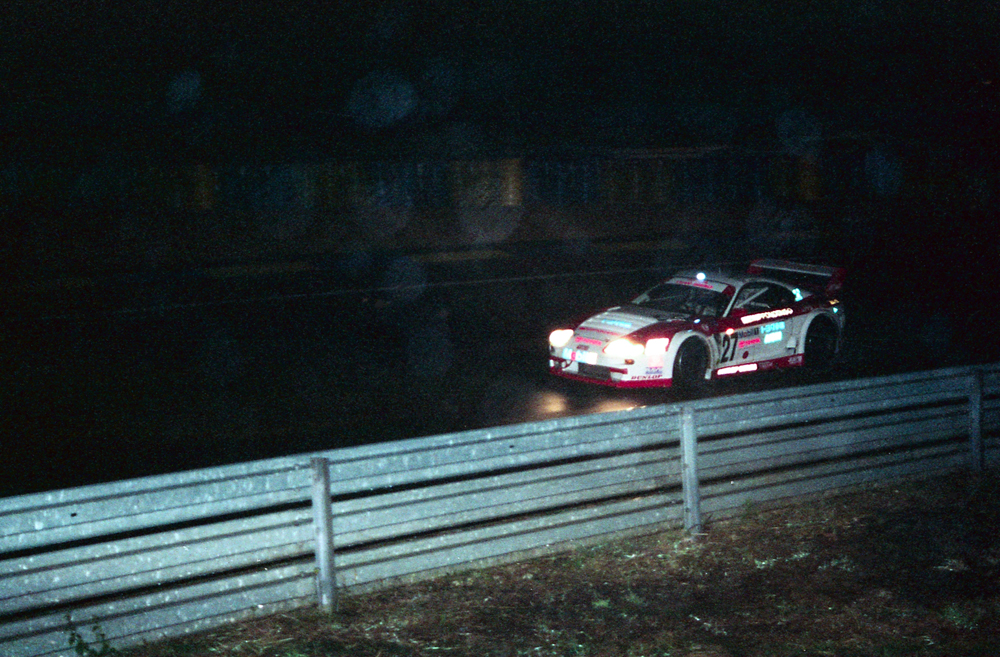 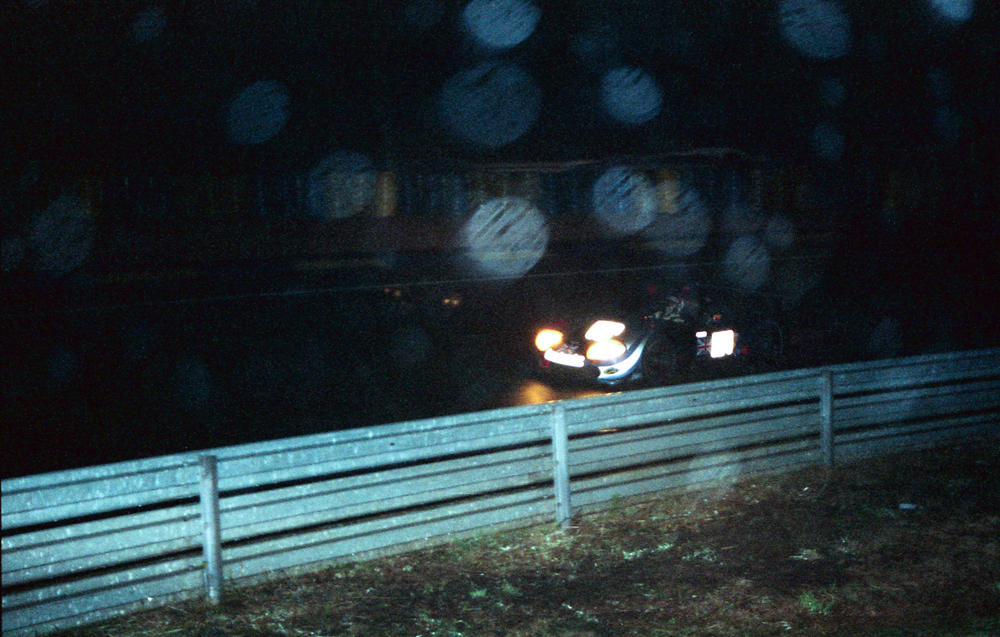 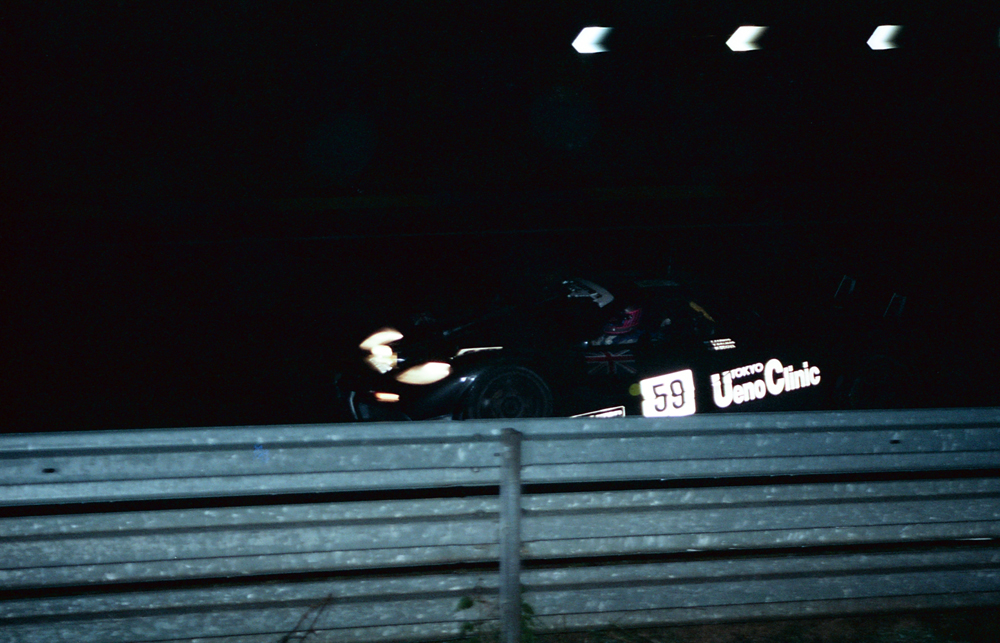 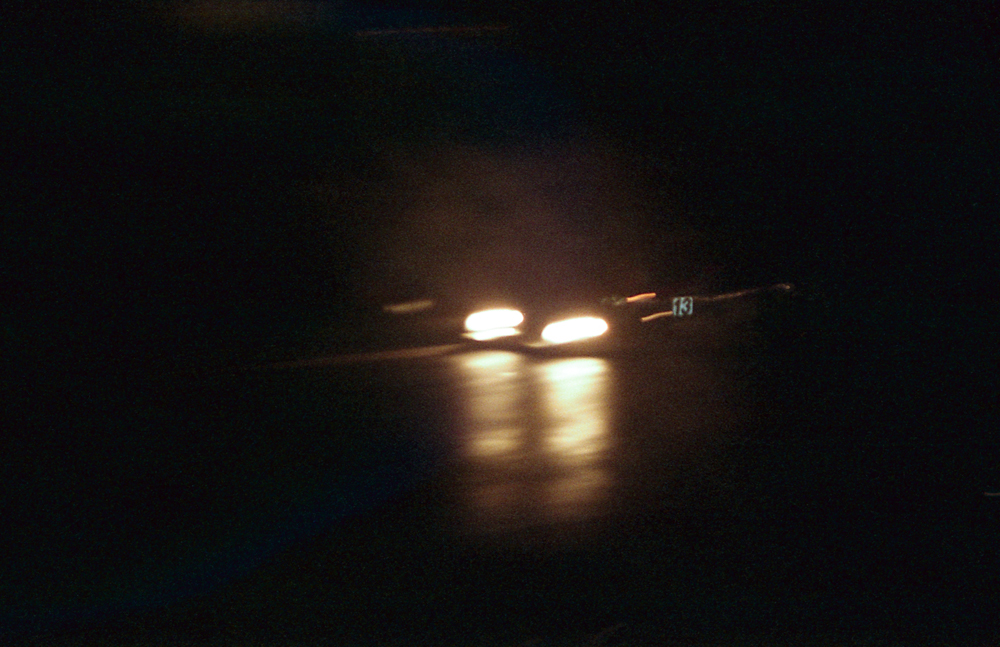 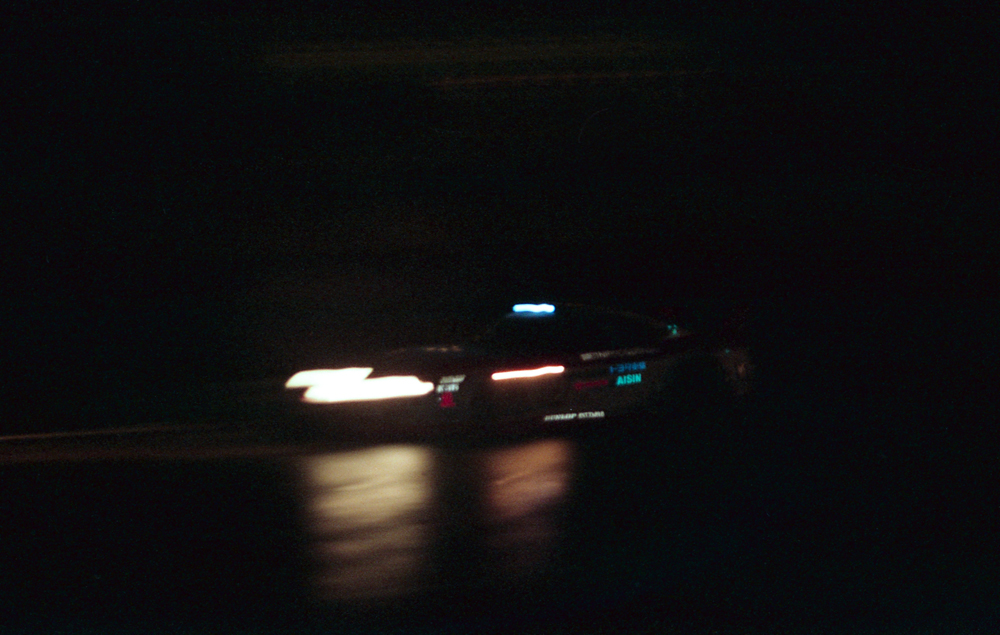 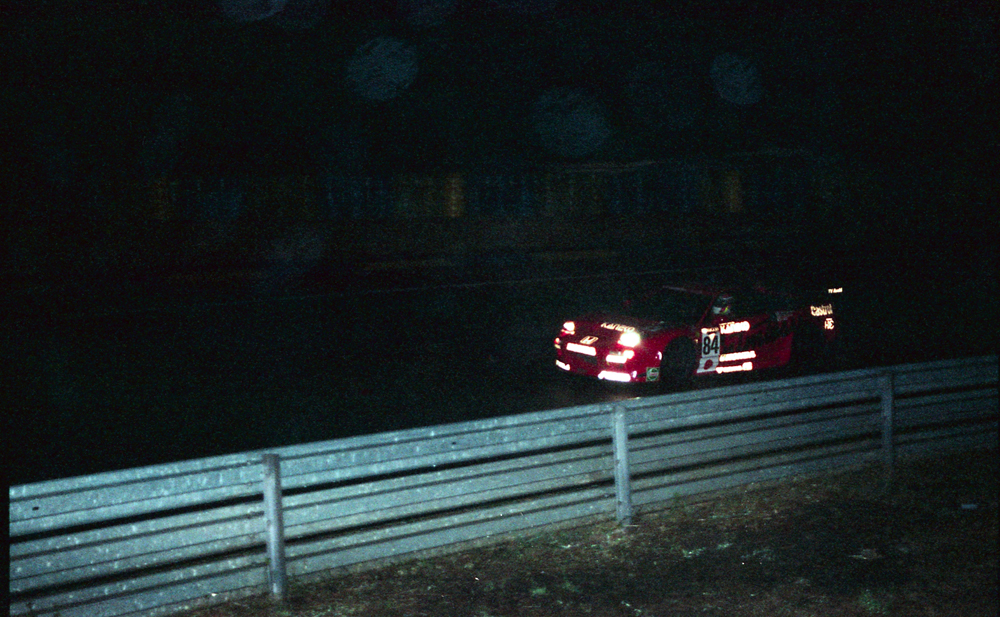 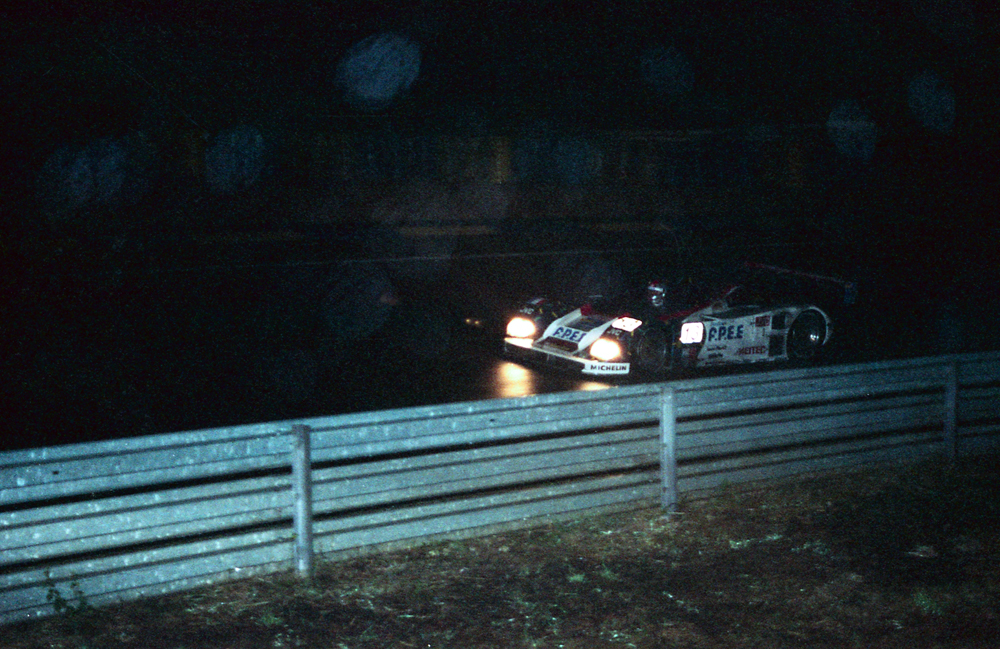 By this time, it was clear just how competitive the McLaren F1s were turning out to be, particularly the Harrods and KKK cars driven by Andy Wallace and J.J. Lehto.   I wandered down to Tertre Rouge and back up again to the Esses and then returned to tribunes.  I spent some time on the inside of the circuit at the Dunlop Chicane, taking probably the best shots of a very limited night-time bunch. 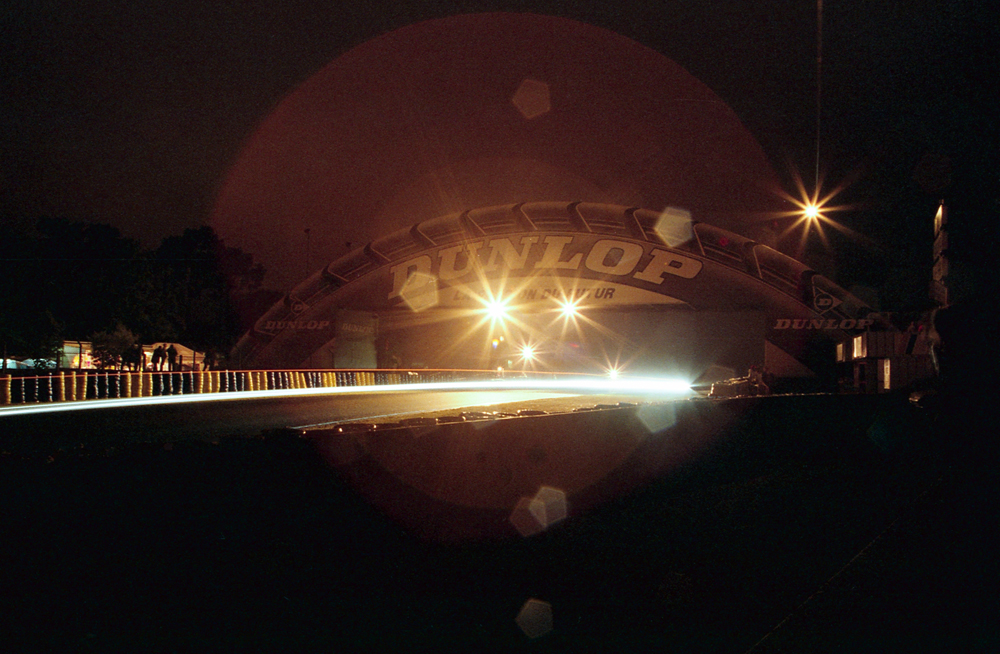 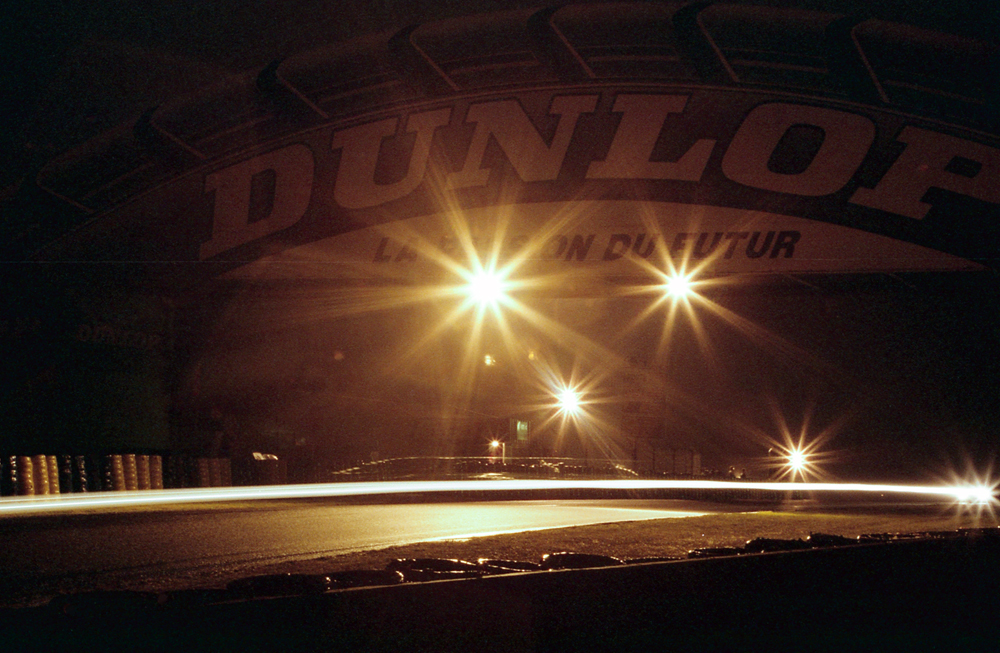 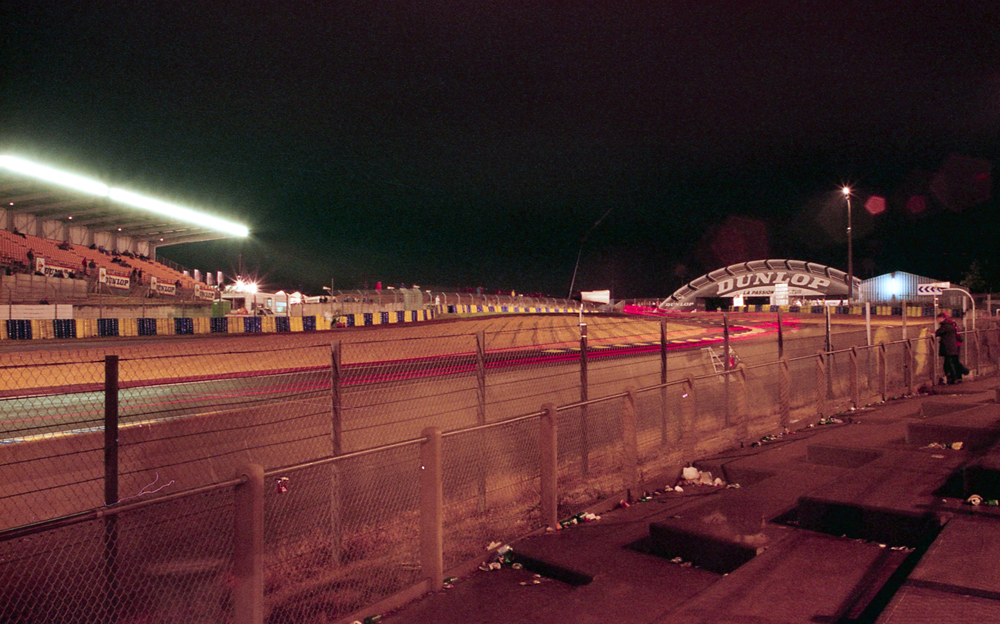 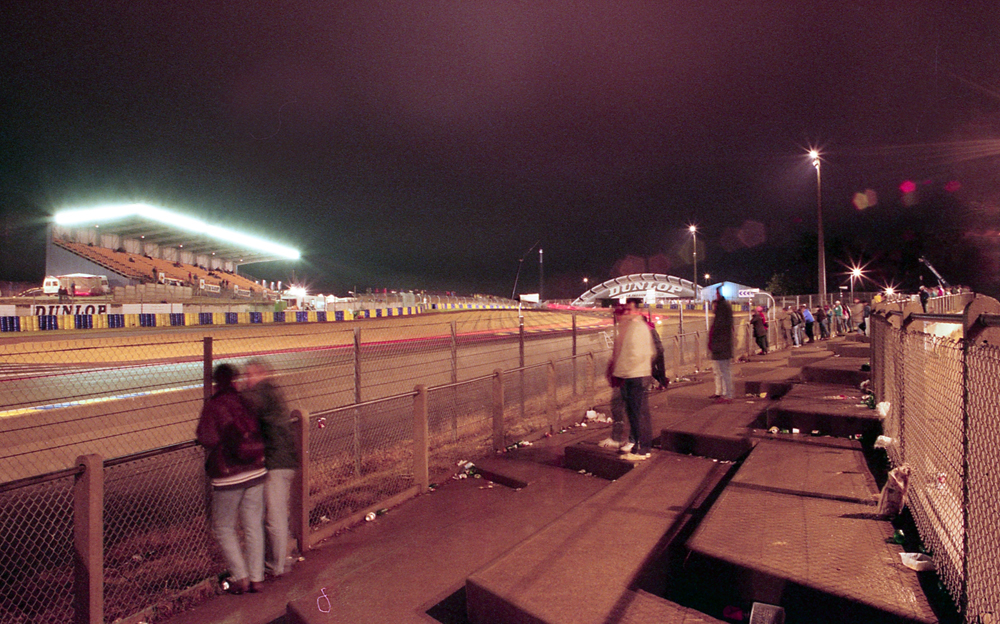 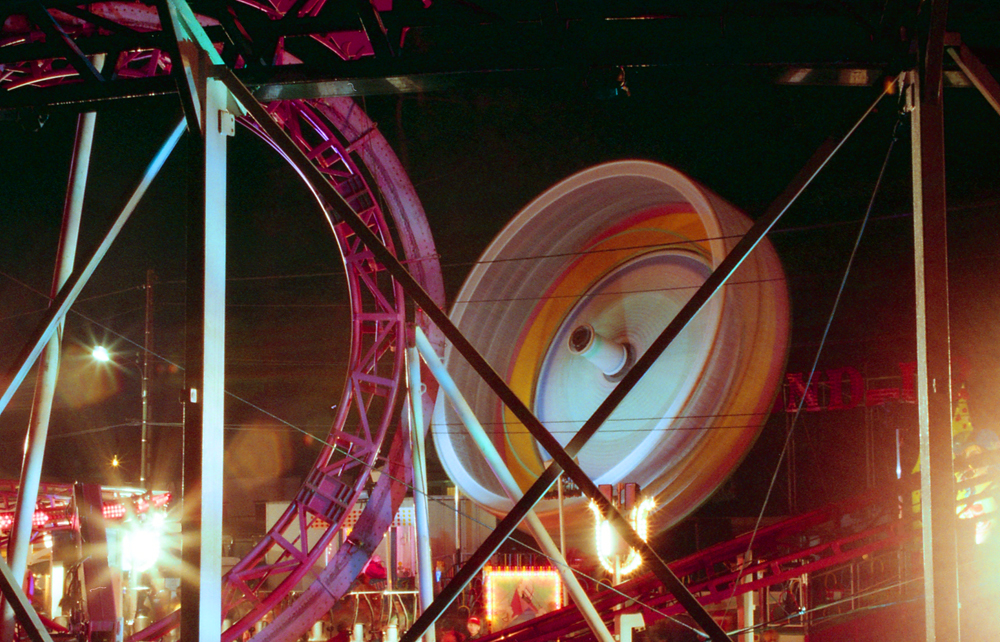 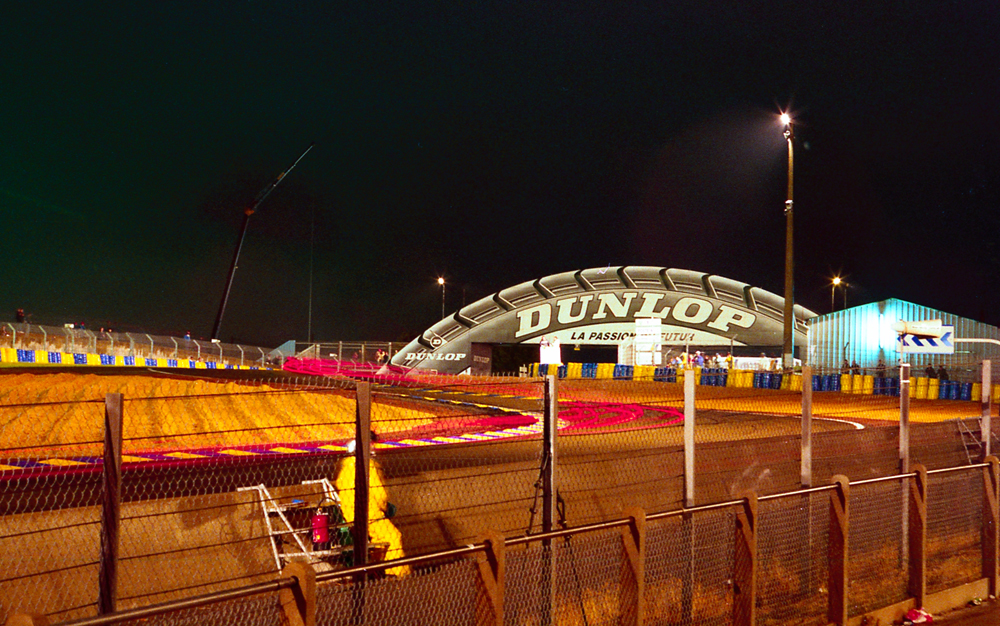 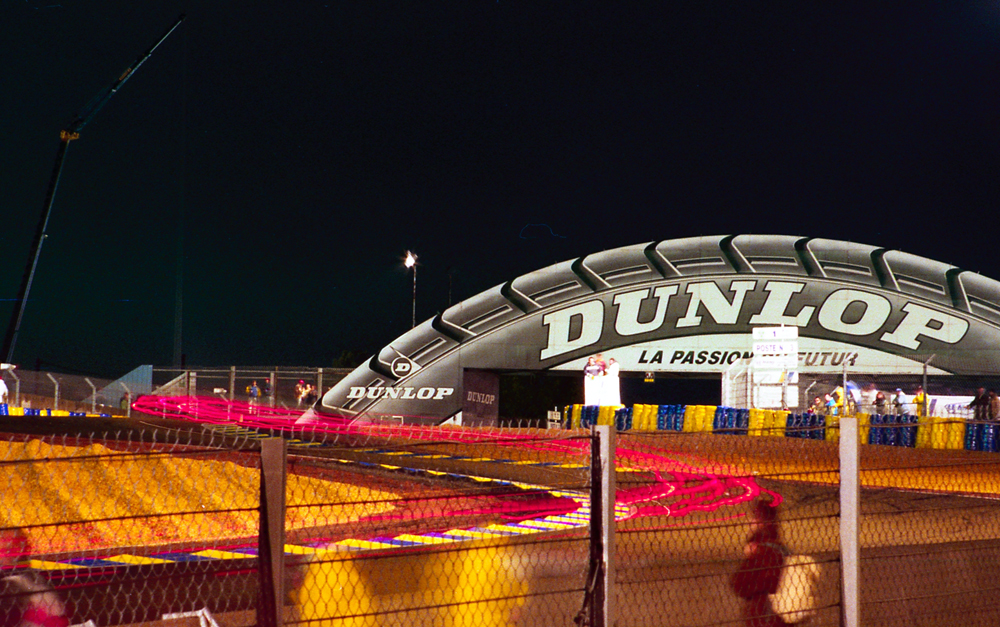 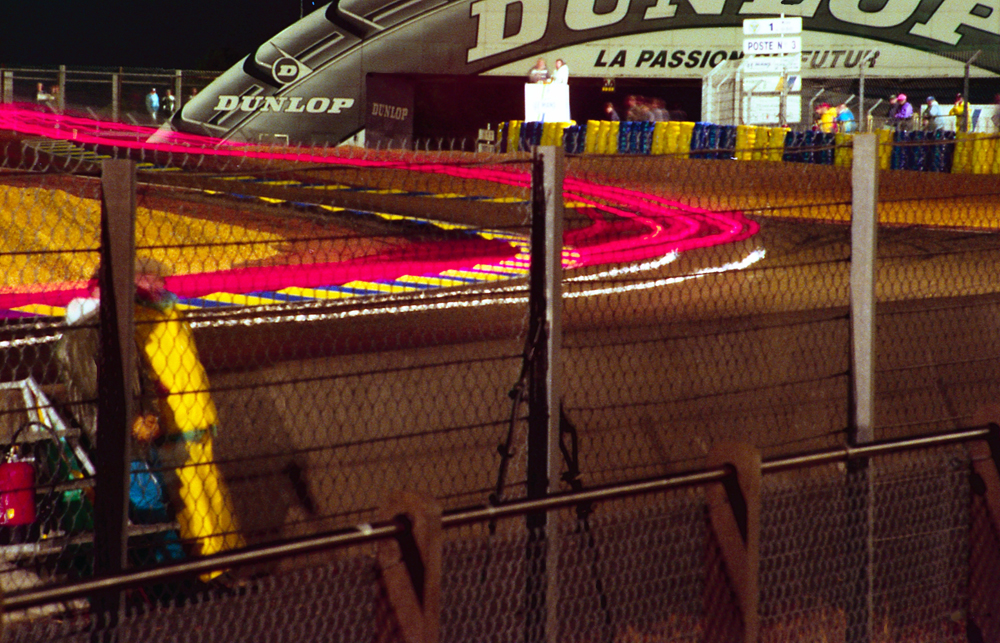