Over the years, Gordon’s Tourists (led of course, by Ian himself), have been creatures of habit.  We often stayed at Le Relais du Bois Leger, near St. Symphorien des Monts, only venturing elsewhere on the odd occasion.    In 1995 it was time for a complete change.  Ian had sat down with a pin and his Michelin Guide and picked out two hotels completely at random, hoping for the best.  On the outward leg, we were intending to motor down further than usual, right down to Mayenne, passing through Thury Harcourt, Condé-sur-Noireau, Flers, Domfront and Ambrieres-les-Vallees.    After driving for about an hour and a half, with Martyn tailing Ian, we were surprised when Ian took an unexpected turning off the main road.  (I say "we", actually that should read "I", as I was navigating for Martyn at the time).   We had pulled off the main road at a place called Clécy (between Thury Harcourt and Condé-sur-Noireau).  Ian had decided (or perhaps it was his passengers who made the decision?), that it was time for a watering stop.   We stopped at a delightful hostelry, the name of which I didn’t note, but I do know that it had something to do with a mill ("Moulin").  We had a round of (rather expensive) beers there, for which I picked up the first bill of the week-end.  (I always liked to get one or two items on the "account", so to speak, so that the dividing up of the debts at the end of the week-end was a little less painful!   By now the sun had made a welcome return and we must have spent the best part of an hour at this very scenic spot.  I managed to get a couple of good photographs of Ian and Mark.  Ian has always had a habit of avoiding the camera, however, he knows only too well that with me around on a Le Mans weekend, complete escape is impossible.  I had warned everyone in advance that I would be taking plenty of photographs! 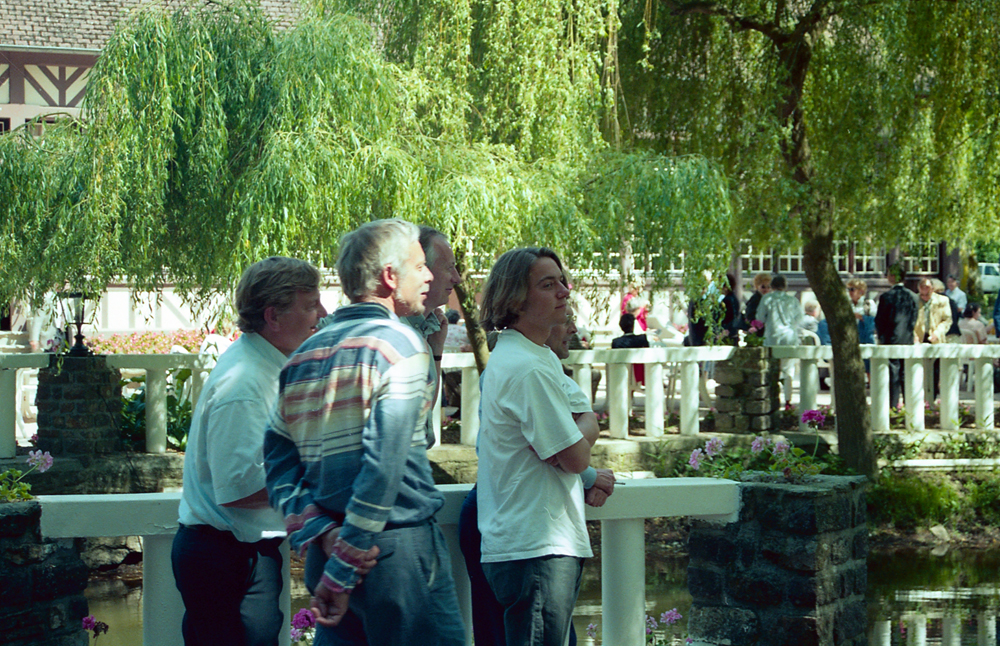 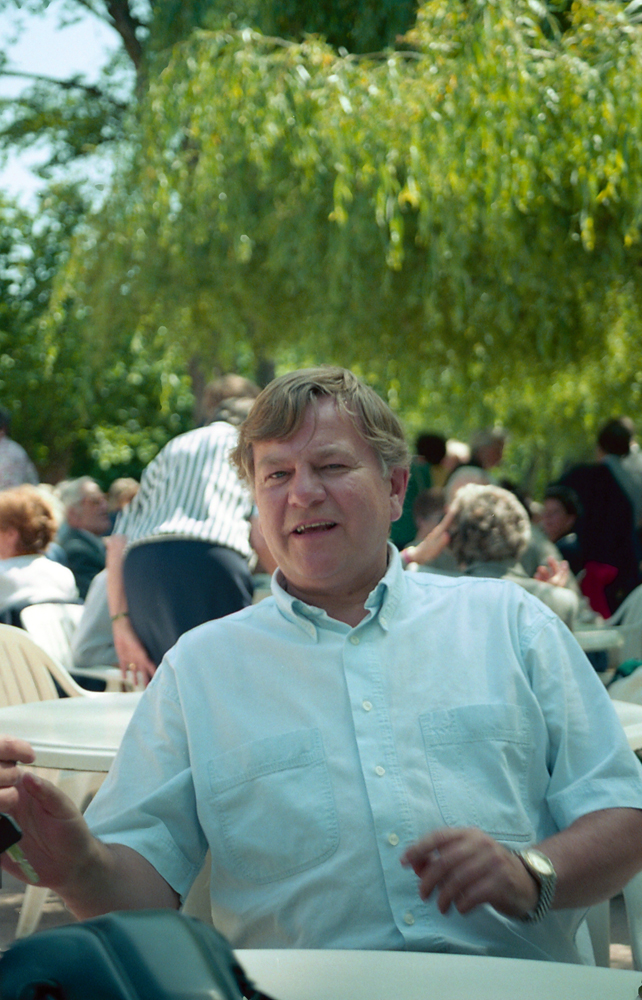 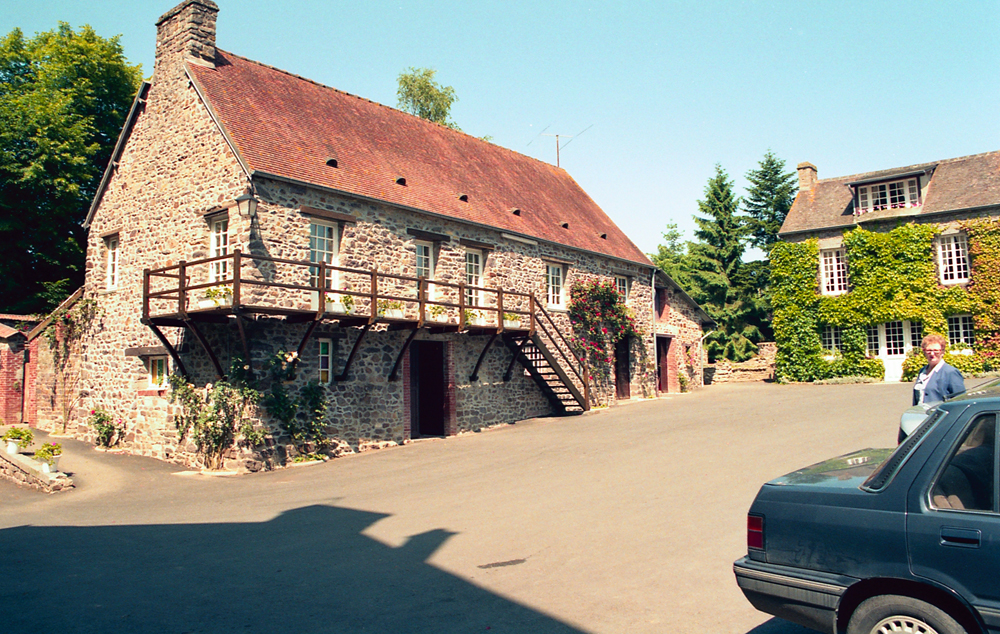 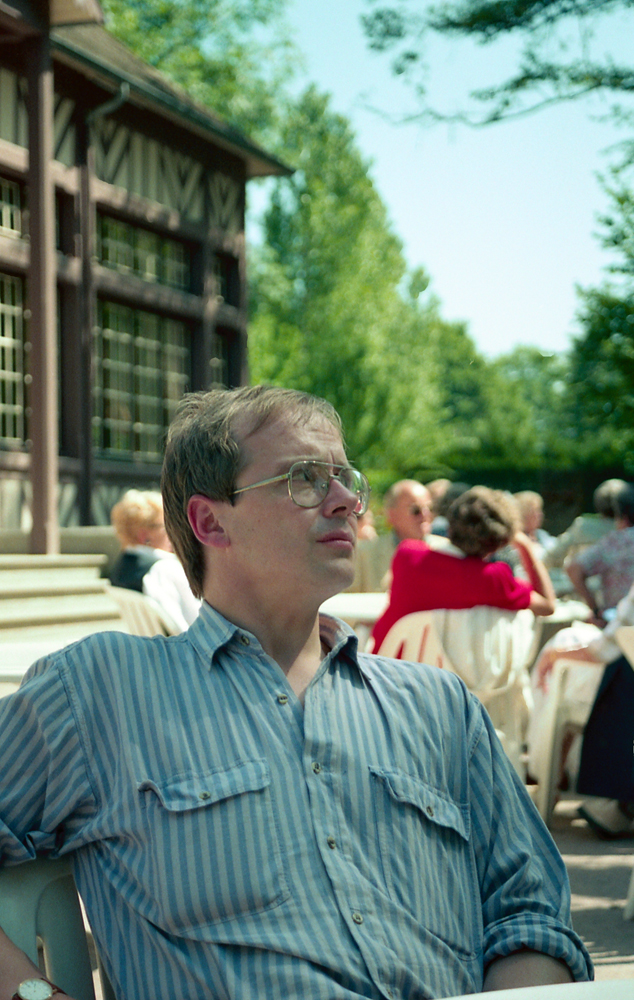 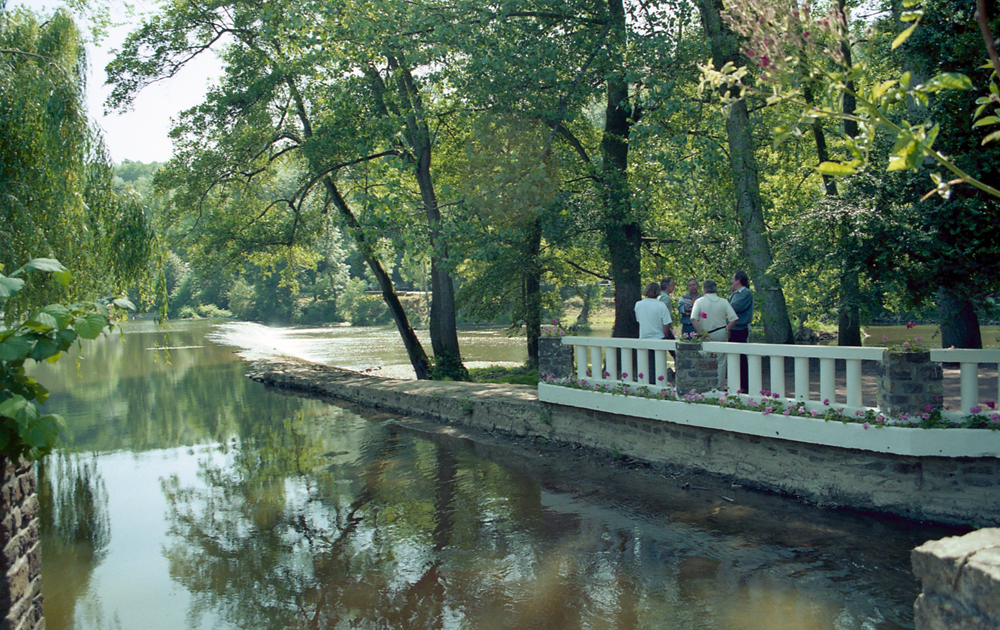 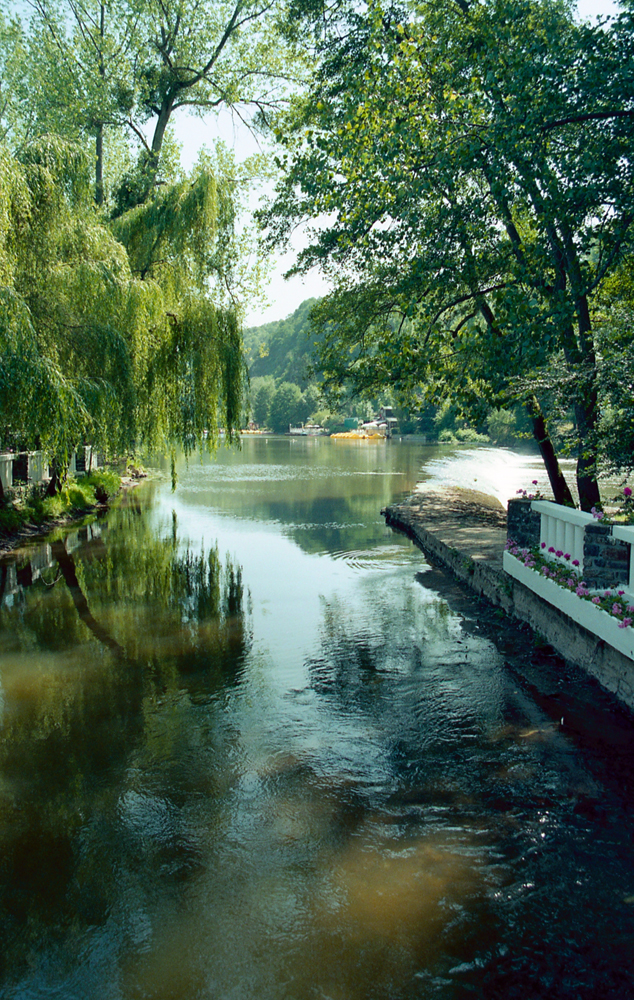 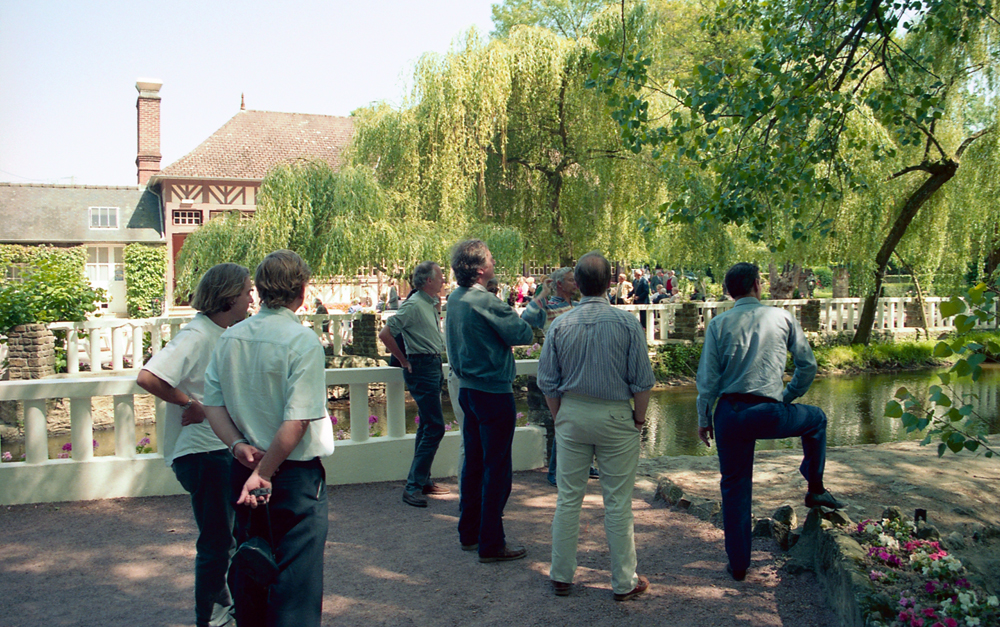 It was time to set off for our Friday night destination, the hotel-restaurant La Marjolaine, just outside Mayenne which we reached at about 6.30 p.m.  I don't know what the reaction was at the time in Ian's car to the sight of the restaurant, but there were one or two doubtful voices raised in Martyn's, I can tell you!    Although the restaurant appeared to be sited in quite attractive grounds, the building situated only a stone's throw away looked like the local young offender institution!  Martyn was certainly a little worried about finding an appropriate place to park where he would be able to keep a close eye on his car!   Happily, these initial fears proved to be ill-founded, as we later discovered that the nearby building housed a college where the students learned the various restaurant-related arts, such as (obviously) cookery, waiting on tables and so on.  Although we didn’t know it at the time of our arrival, we were to have good cause to be grateful for this obviously excellent education later in the evening.   Peter and I had already agreed to bunk together, and we managed to obtain for ourselves one of the best rooms, overlooking the front of the hotel, which had the advantage of TV, radio and a well-appointed bathroom.

We soon washed and dressed for dinner, and joined one or two of the others who were already sitting outside the front of the restaurant, enjoying a drink.  By this time, the weather (which had continued to improve during our journey to Mayenne) was absolutely splendid, and the sunshine was both bright and warm.  For me it was time for a pastis, which would set me up properly for the meal which was to come.   The evening meal which followed was fabulous and the surroundings in which it was taken, and particularly the service was magnificent, first class.  I recall saying at the time that it was the best meal that I had eaten in all of my ten years of Le Mans trips, and I am quite prepared to stick by that assessment now, as I write this many months later.   The efficiency of the service at the dinner table ensured that we were all able to get to our beds at a reasonable hour this year.  (Compare this with 1994, when Monsieur Le Bigot kept most of us going until about 2.00 a.m.!). 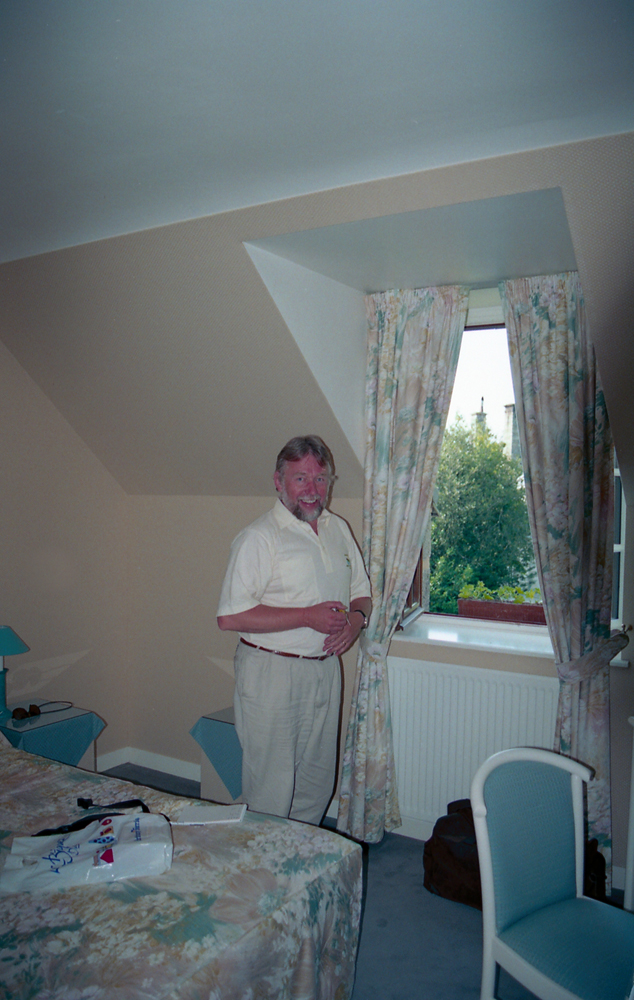 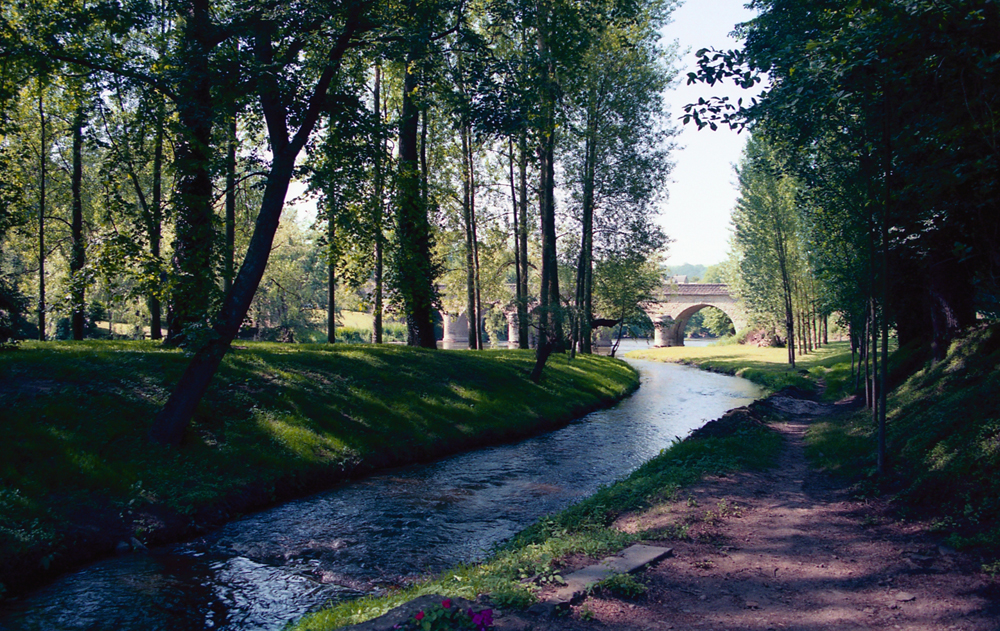 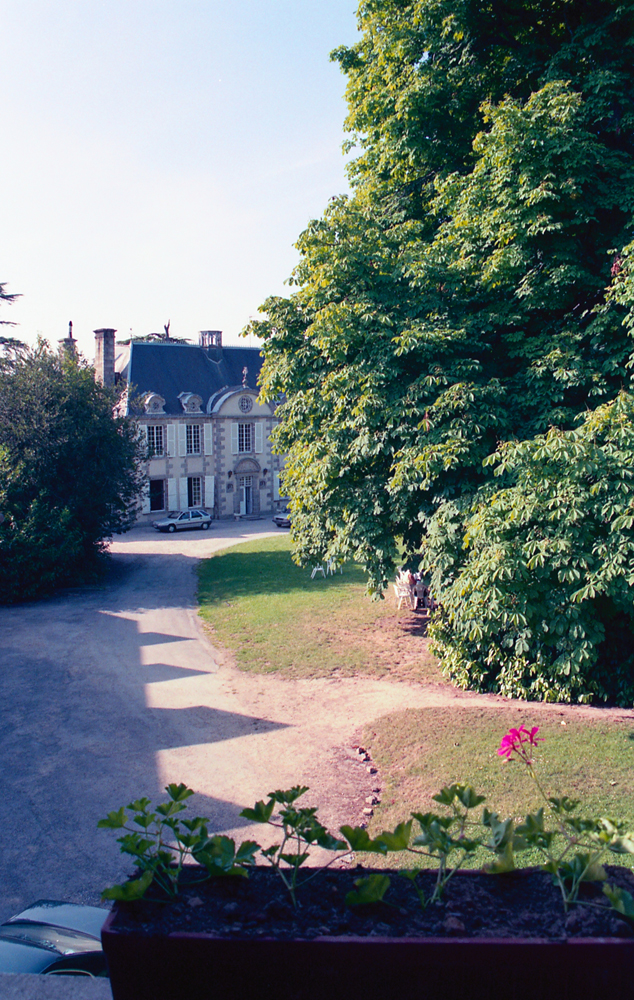 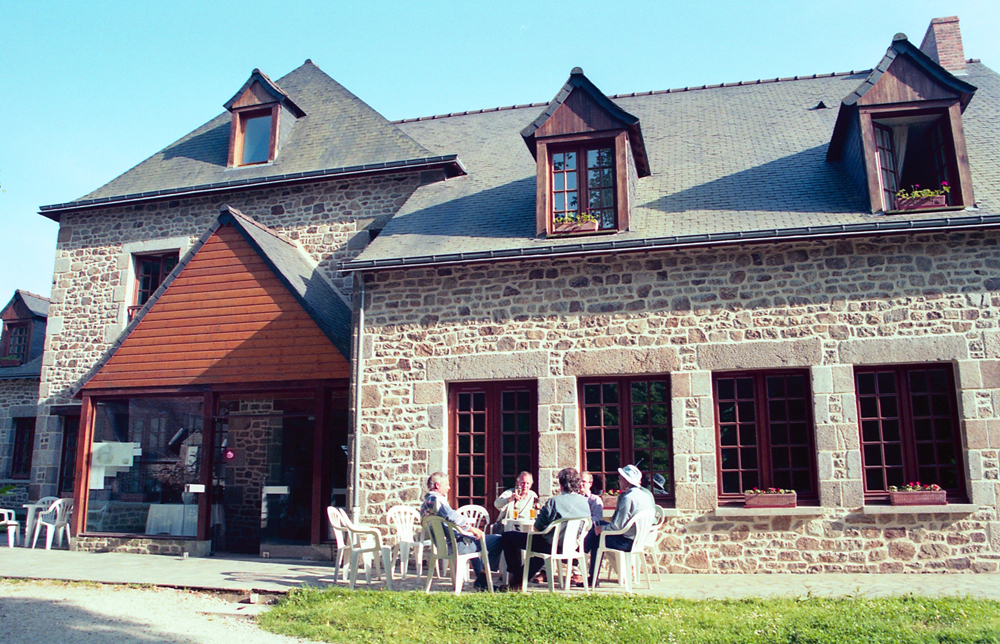 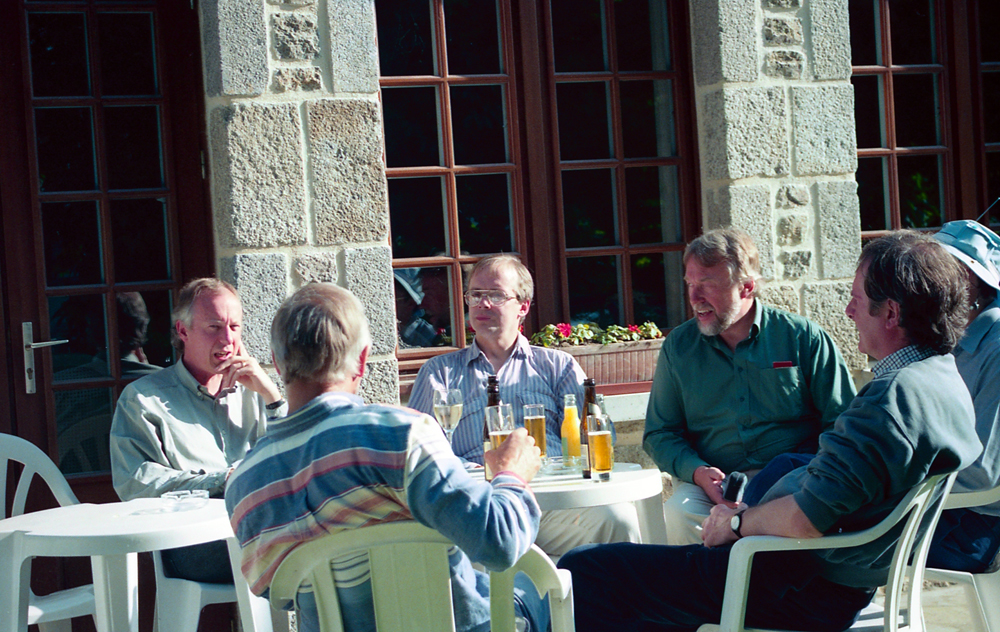 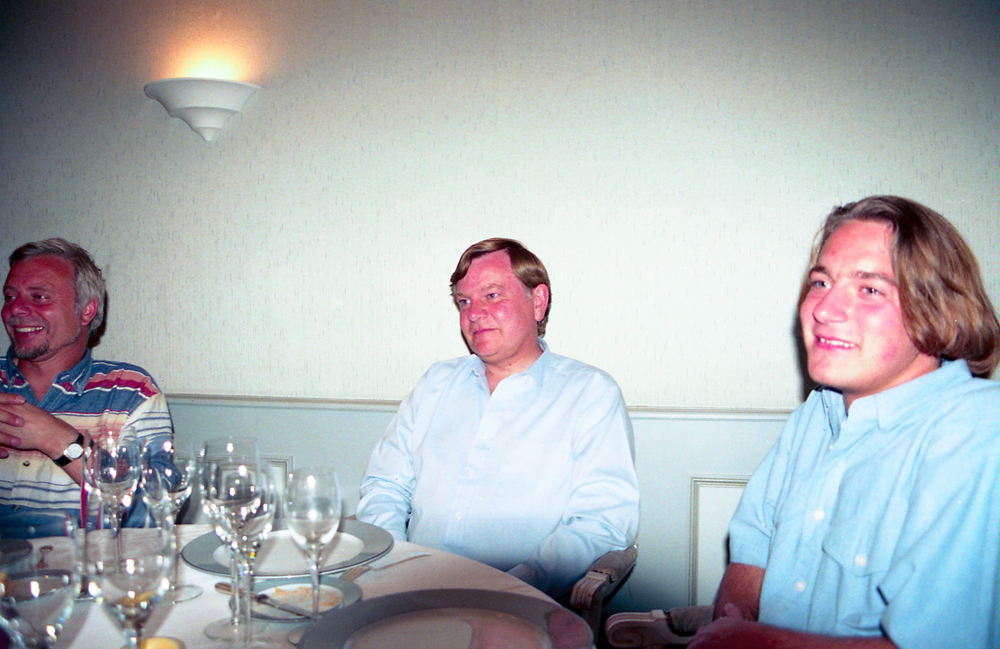 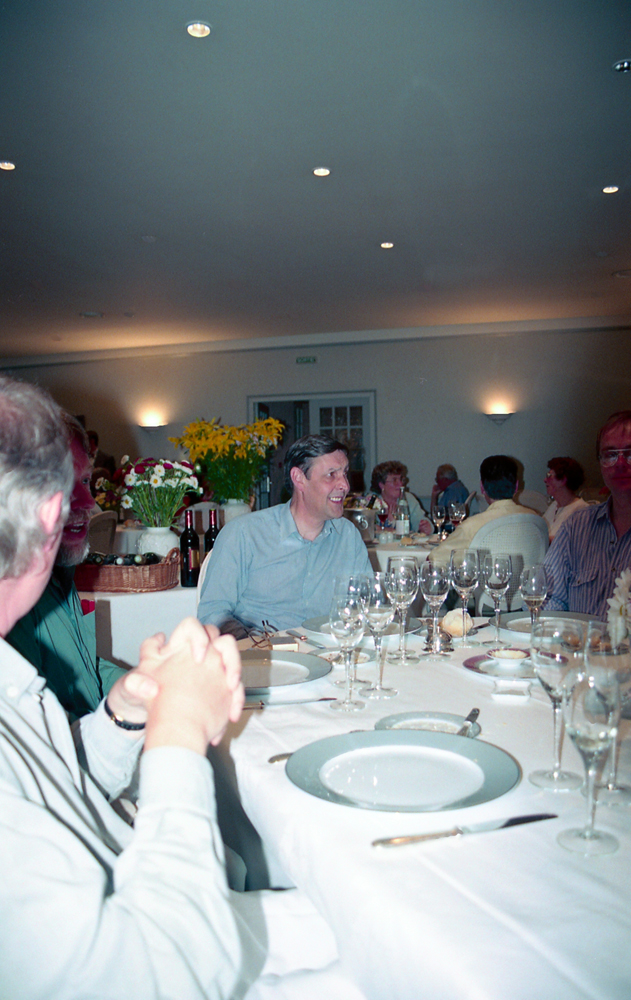 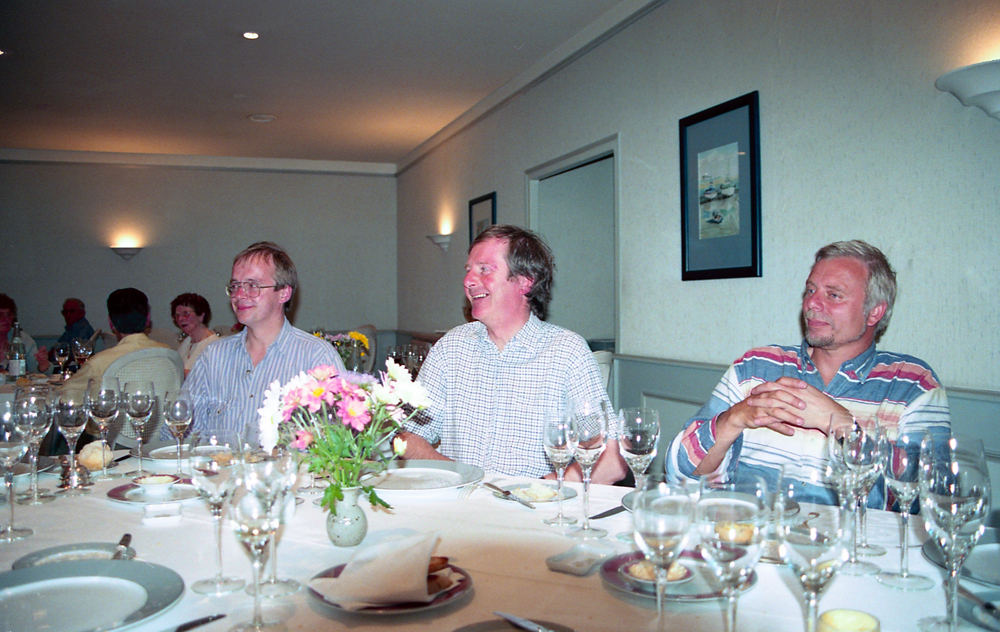