Page 2 - Friday 16th June - The Nine Travel Over in Sunshine

Friday, 16th June, 1995 dawned fairly dull and misty and I set off (as quietly as I could), to pick up Peter from his home in Ashley Heath.  I must have left home around 5.00 a.m. for the journey across the Forest, making mental five-bar gates of all the baby rabbits hopping along the side of the road on the way!   Peter was virtually ready when I arrived, and soon had his kit loaded into my car ready for the journey to Ian's home in Chilworth.  This year, there were no detours to make, no other passengers to collect, so it was a straight run down the A31 and M27, with plenty of time in hand.   I recall that Ian had suggested that we arrive at about 6.15 a.m.  In the event, we were there by about 5.50 a.m.!  (As always, I would rather be an hour early than a minute late!).   Already there was Martyn who had as usual stayed overnight after driving down from Wales.  The remainder of the 1995 team soon arrived, and even Richard wandered across the road to see us on our way.  After a cup or two of Carole's excellent coffee, it was time to load the bags into the cars which we would be taking this year. 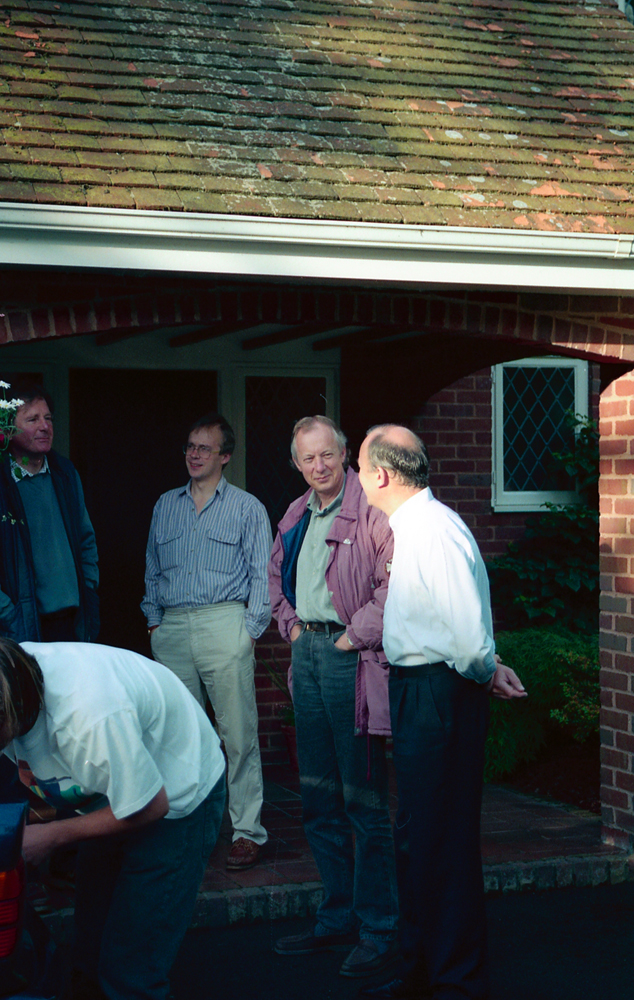 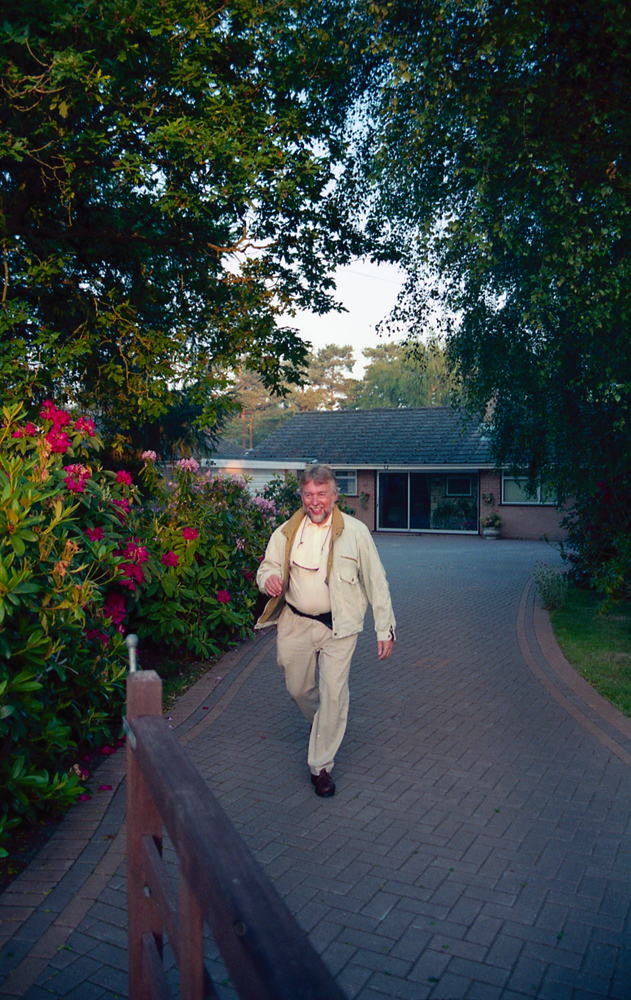 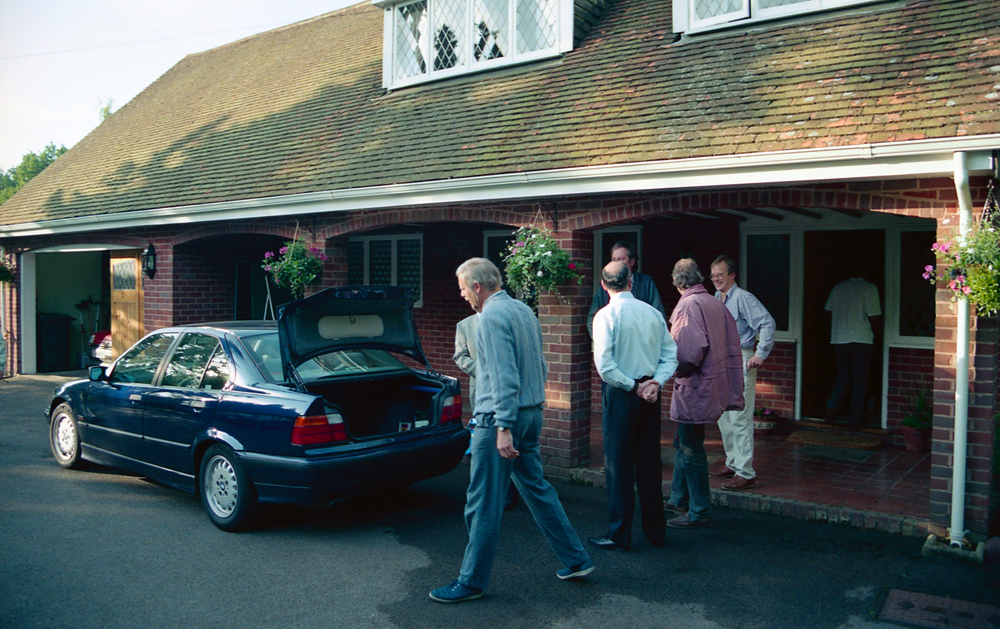 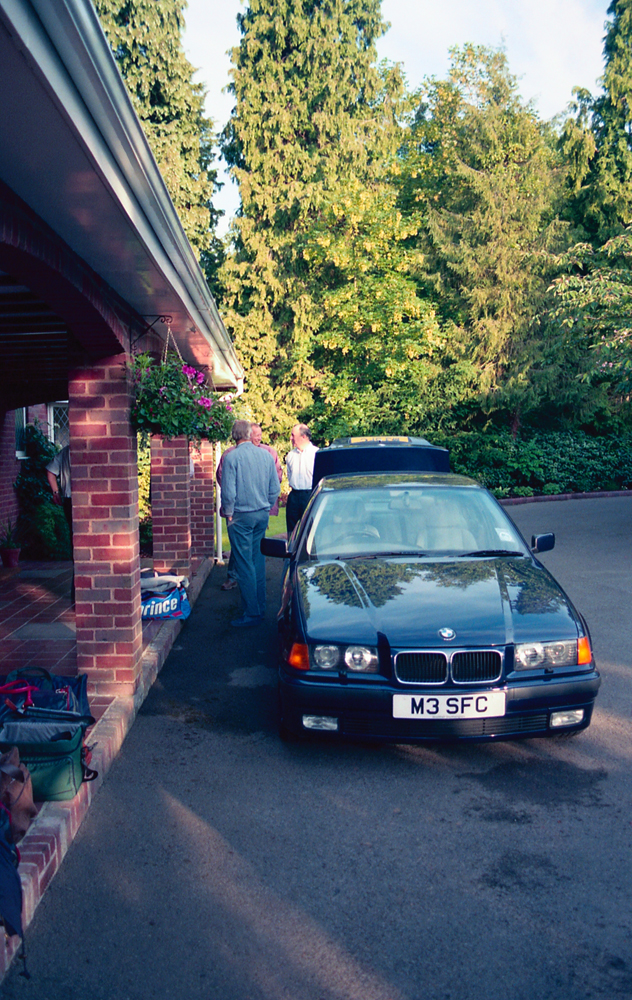 Although there were nine of us, we took only two cars in 1995, Martin's 525i and Ian's brand new 325i.    We knew that it was likely to be a little tight for space in one of the cars, and so it was that Ian took Jamie, Terry and Mark in his car, while Peter, Alan, Jim and myself joined driver Martyn in the other BMW, which although larger, was still a bit of a tight squeeze for the five of us, and I as the smallest, found myself sitting rather uncomfortably in the middle of the back seat.    We set off in good time for the ferry terminal at Portsmouth and it was just as well as the ferry actually departed at about 7.45 instead of it's 8.00 a.m. scheduled departure time.  We assumed that by 7.45 a.m. it was full so there was little point in hanging around!   For the umpteenth year running (actually since 1992), we travelled over on the Normandie, a largish Brittany Ferries vessel.  At the time we departed from Portsmouth it was bright and sunny with sunglasses the order of the day.  We hoped that this augured well for the rest of the week-end.  (Oh little did we know!).   There is something of an unwritten plan to the trips across the Channel, particularly on the way over to France on the Friday morning.  The first port of call as soon as we get onto the boat (aside from admiring the many wonderful cars parked alongside and near ours), is to the restaurant for breakfast.   In 1994, we were very lucky.  It was surprisingly quiet and we managed to get into the restaurant without booking, and with no wait at all.   Unfortunately in 1995 we weren't so lucky.  The demand was much greater and we had to book our nine places for a little later.  We therefore went up on deck to see the sights of Portsmouth disappearing behind us as we aimed for France on a blissful, mill-pond of a sea.  We expected to be arriving at Caen at about 2.15 p.m., French time. 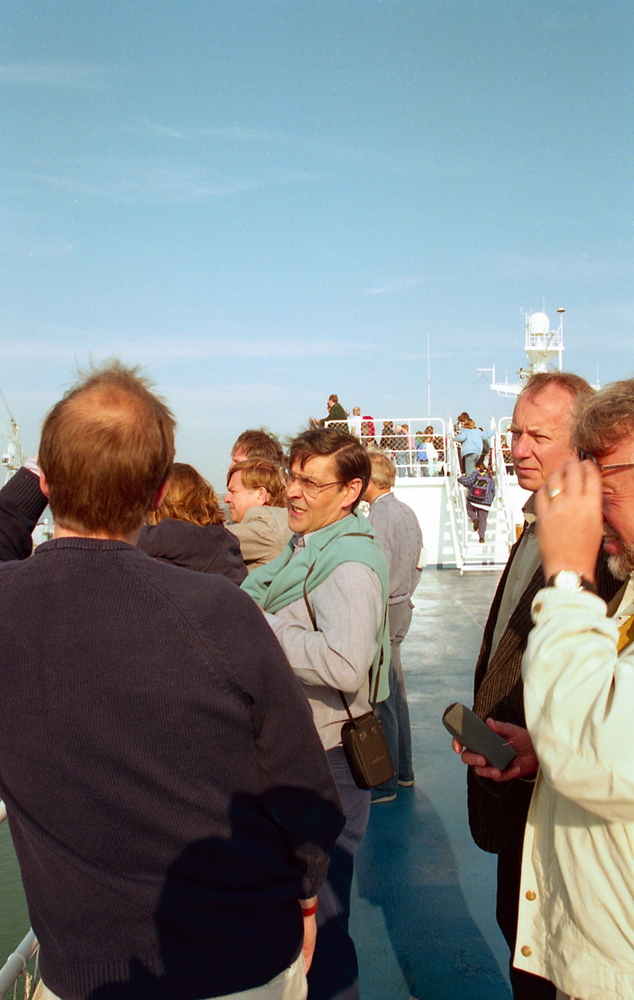 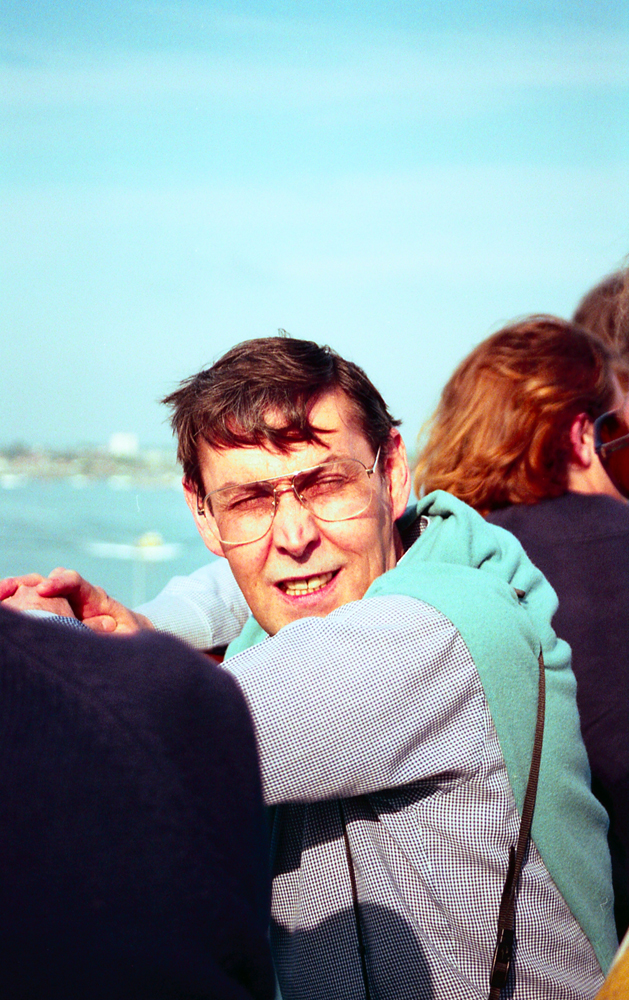 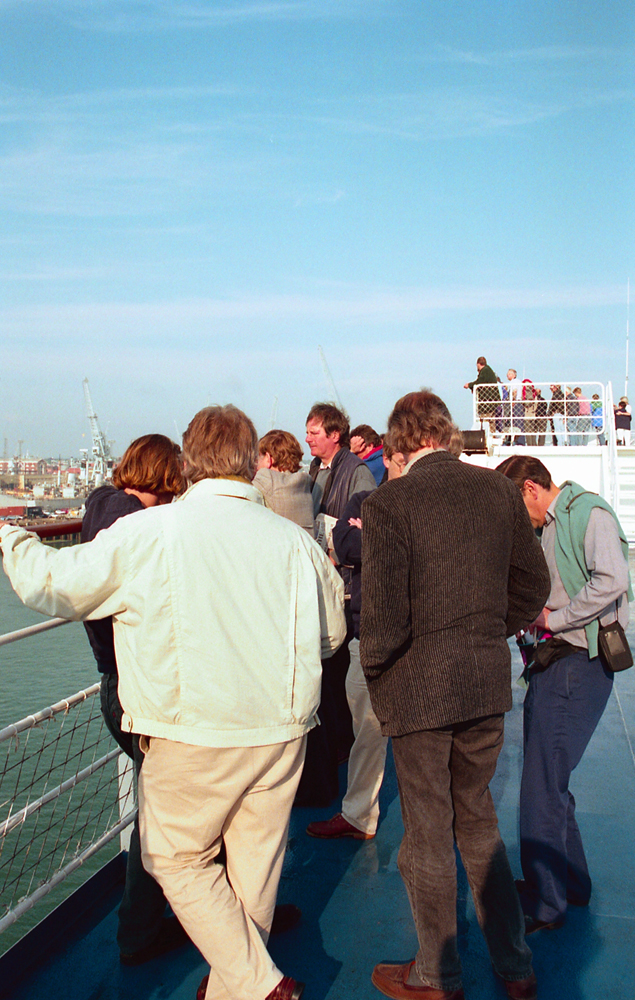 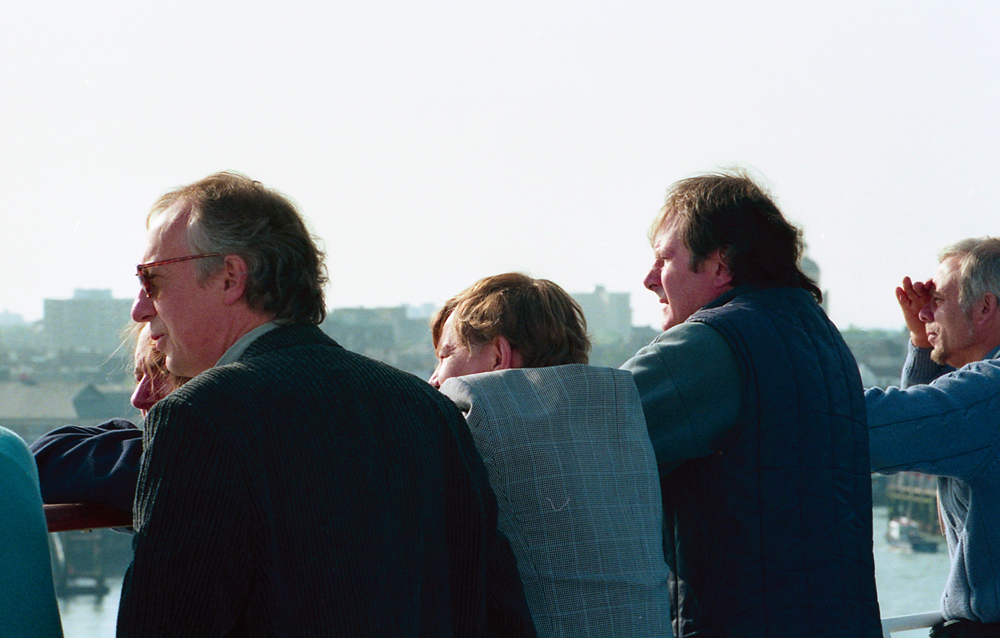 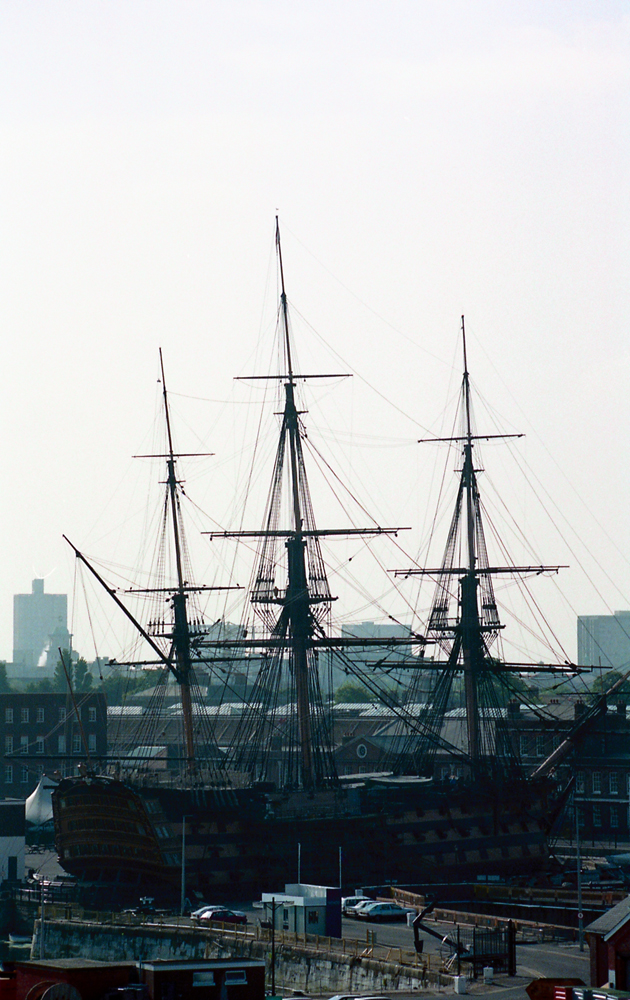 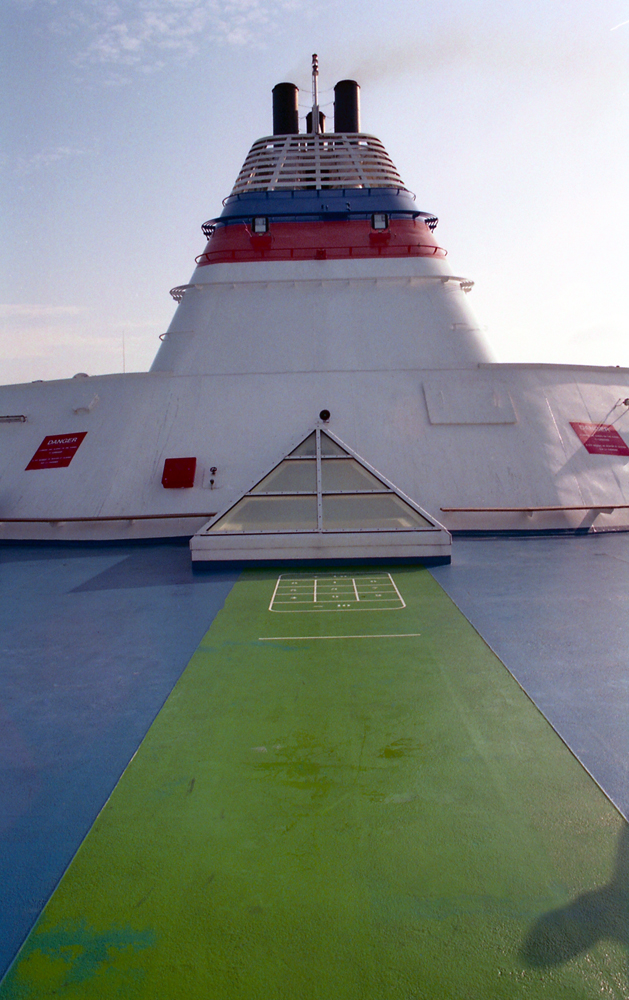 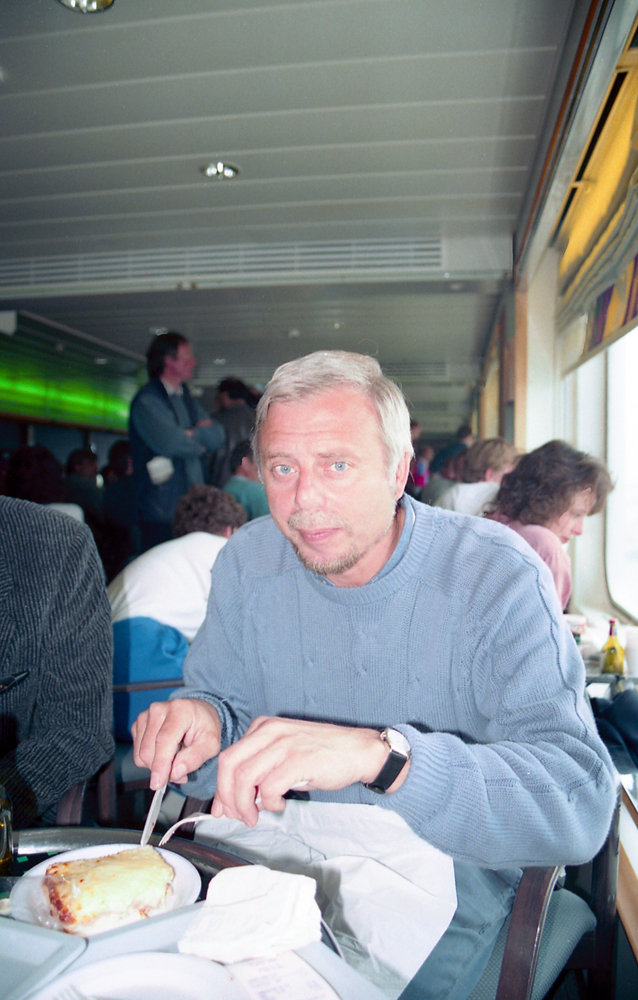 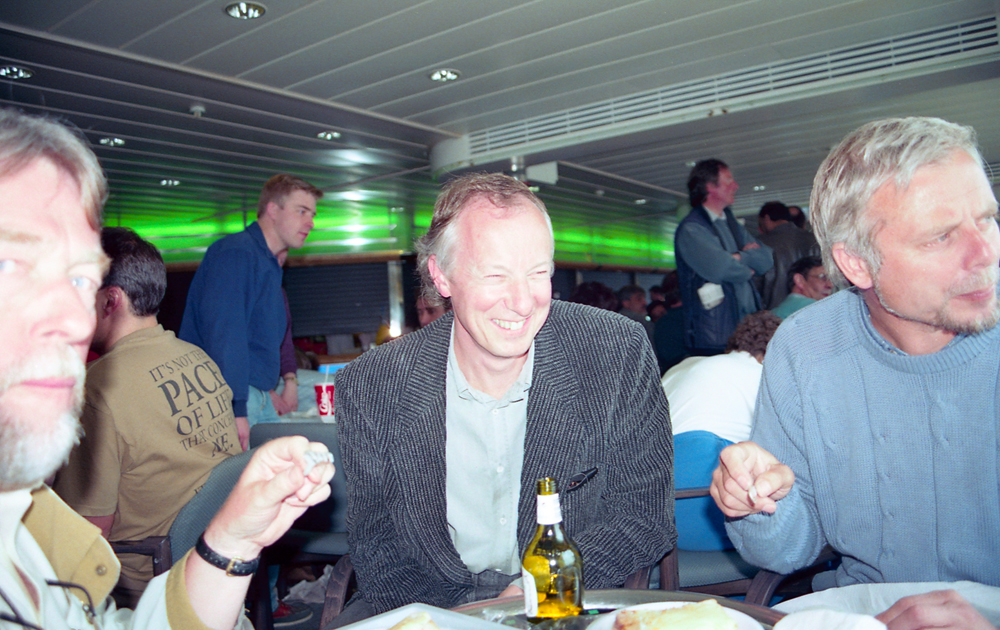 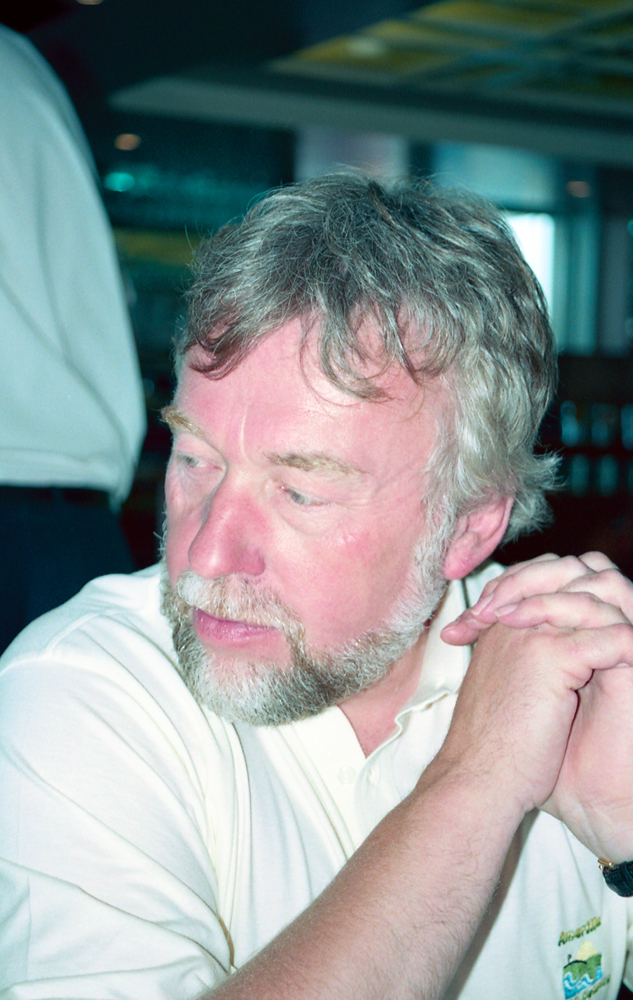 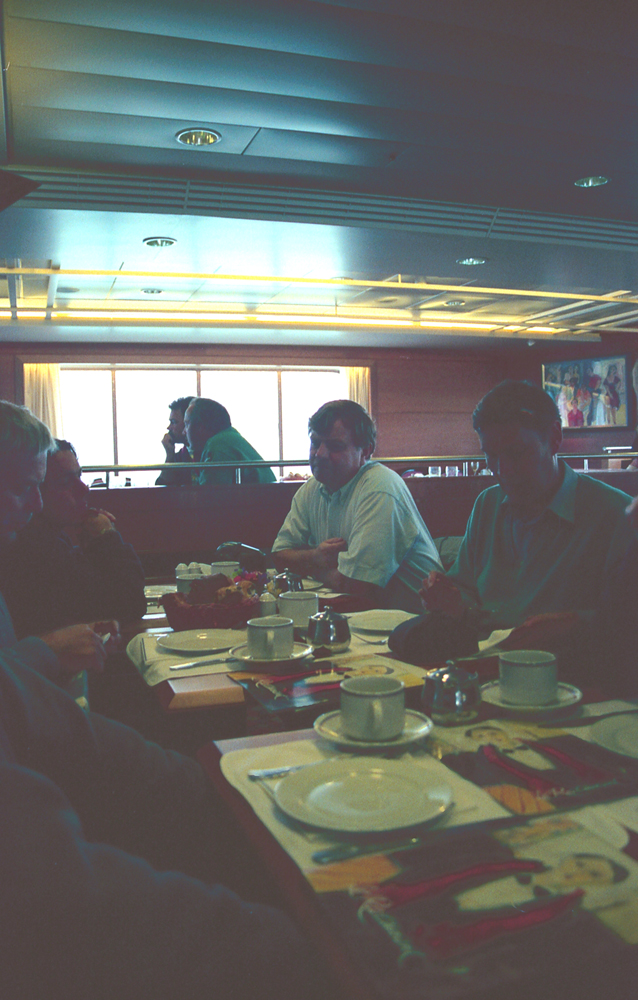 After tiring of watching what soon became empty sea, we made our way back to the restaurant and after queueing for about fifteen minutes or so, we were finally able to take up our seats.  A good English breakfast was followed by croissants, French bread and coffee, and for those who were still a little peckish, cereals.  Very good too!  An excellent start to the day.  Of course, as Richard wasn't with us, we didn't bother with any wine.  (Sorry, Richard!).   There aren't too many boring times during a Le Mans week-end, however the time between breakfast and arrival in France is most certainly one of them.  Most people just sit around the bars and drink, however I like to take it fairly easy on the booze so early in what is, for me, such an important week-end.  The desperation of 1987 taught me a number of important lessons about taking it easy in the early stages and I've taken heed of the lesson ever since.    Bearing in mind that we had quite a long journey ahead of us after leaving the Normandie, some decided that it would be quite a good idea to have something to eat before we disembarked.  So it was that several of the Tourists indulged in a croque monsieur, a sort of French version of cheese on toast.  Except that it was bread and not toast, and there was smoked ham underneath the gruyère cheese!  Personally, I would have preferred the home-grown variety, however, it did fill an empty spot in the stomach!*     By the time we arrived at Caen, the sunshine had all but disappeared, and the dark clouds that were assembling were beginning to look a little too ominous for my liking.  The two cars were soon off the ship and on the way to our evening destination. 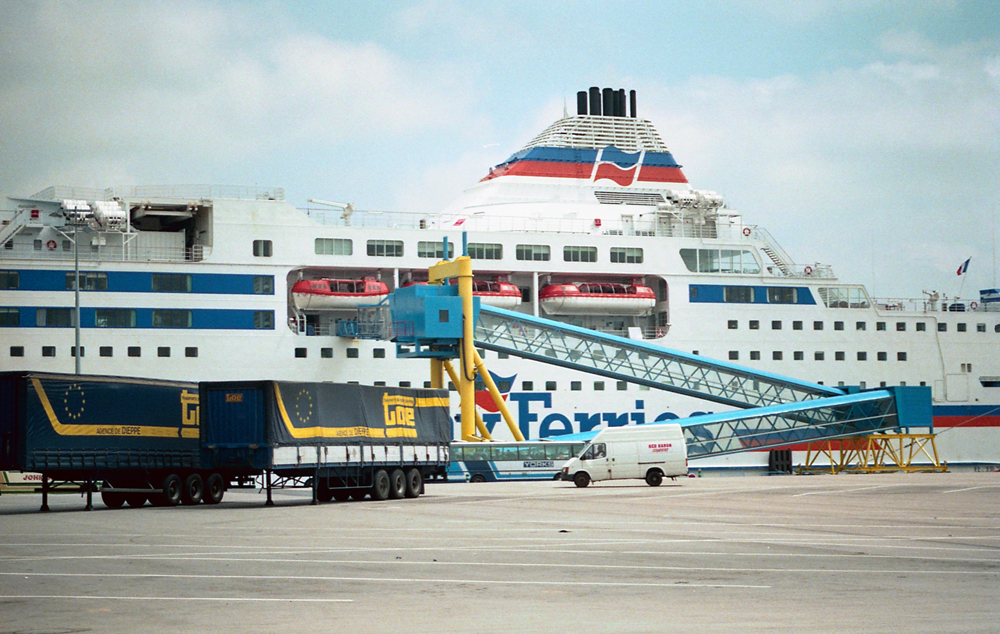 (*2020 edit - who would have guessed that I would become such an avid fan of the croque monsieur and croque madame in subsequent years!  My tastes were still very 'British' in those days!).