At the end of the race Peter, Fred and I made our way back to the garage rouge and met up with Ian.  Martyn, Chris and the others had already set off, having agreed with Ian to meet at Ernée for coffee on the way back to Concale.  I think Ian was a little concerned that we had taken so long to get back to the car, and set off at speed to try and make up time on the others.  We had to stop at one point, not only to gas up, but also to put the top up on the BMW, as the buffeting we were getting from the wind was more than we could stand (at one point, I thought my glasses were going to be blown off my face!).  All in all however, I couldn't stay awake for long anyway, and I soon lapsed into my usual post-race sleep!   Fred did a great job on that journey, constantly nattering to Ian to keep him alert and awake, and Ian, obviously worried that we were by now some time behind the others, decided to give Ernée a miss, and to head straight for Concale.  As it happened, the others did go to Ernée and, as a result, we were the first to arrive at the Hotel Le Continental at Concale. 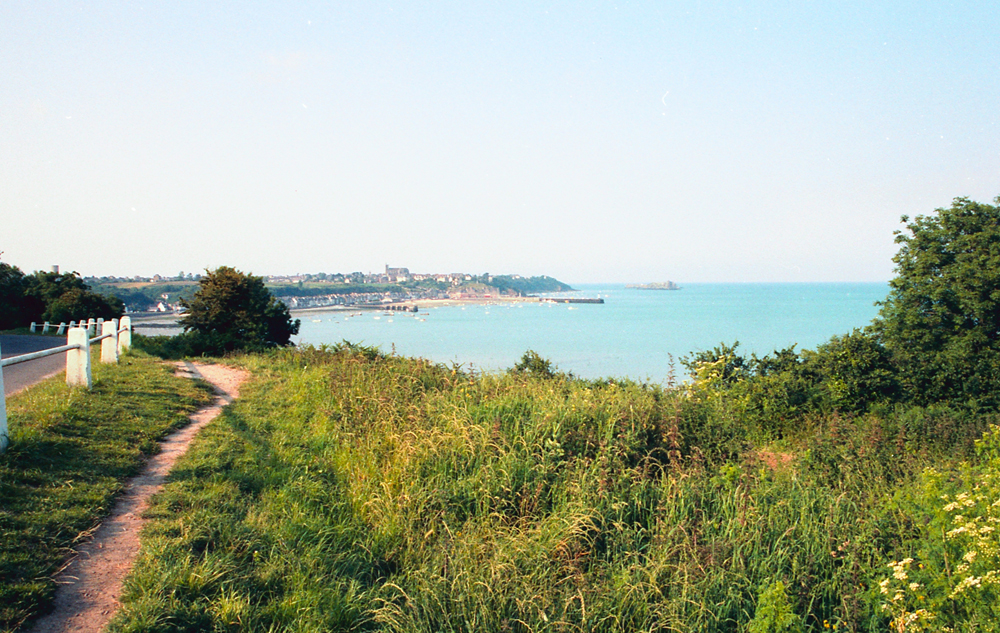 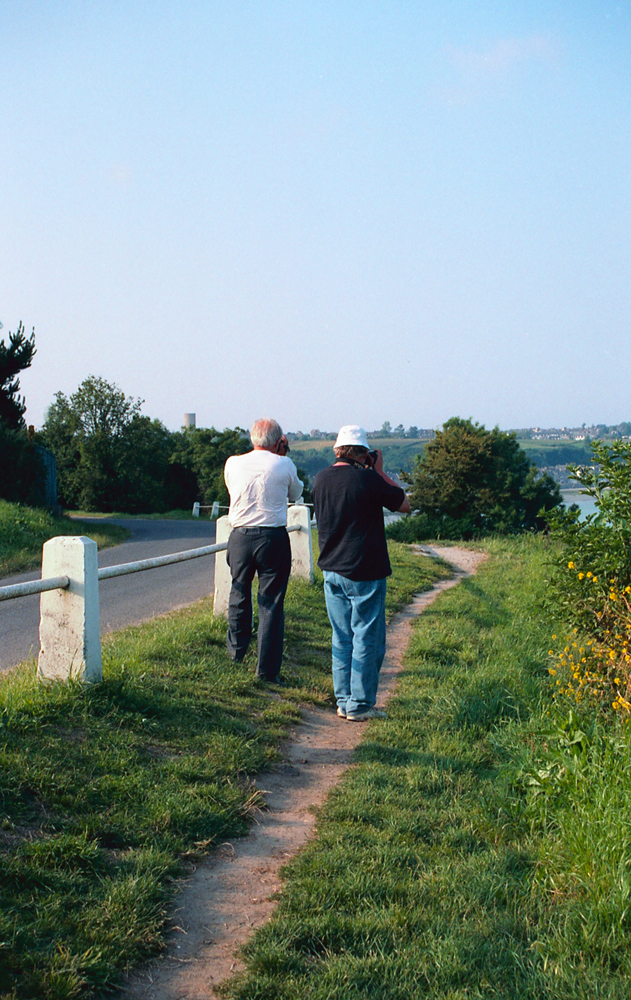 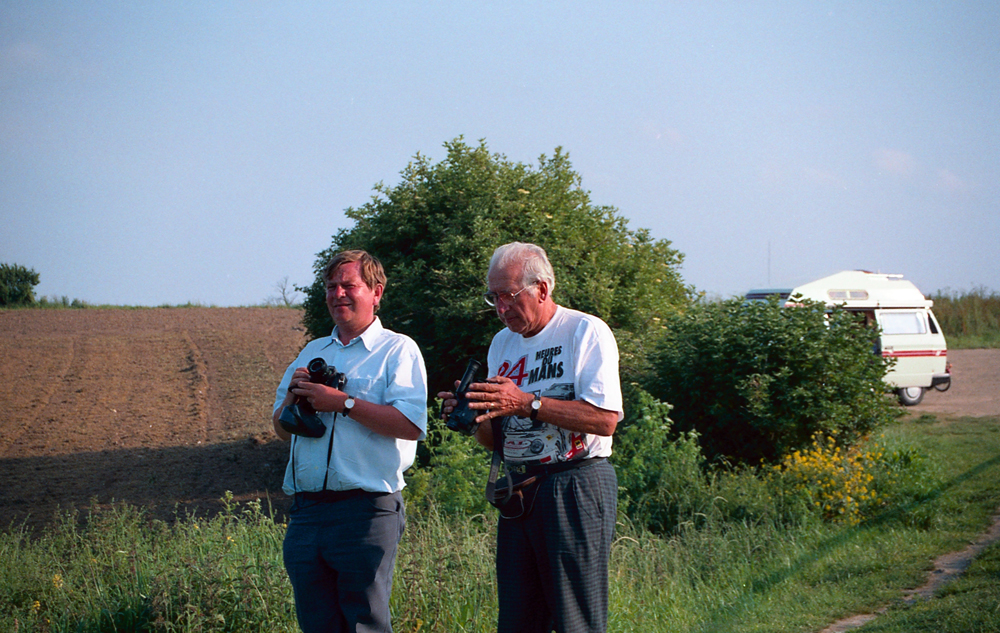 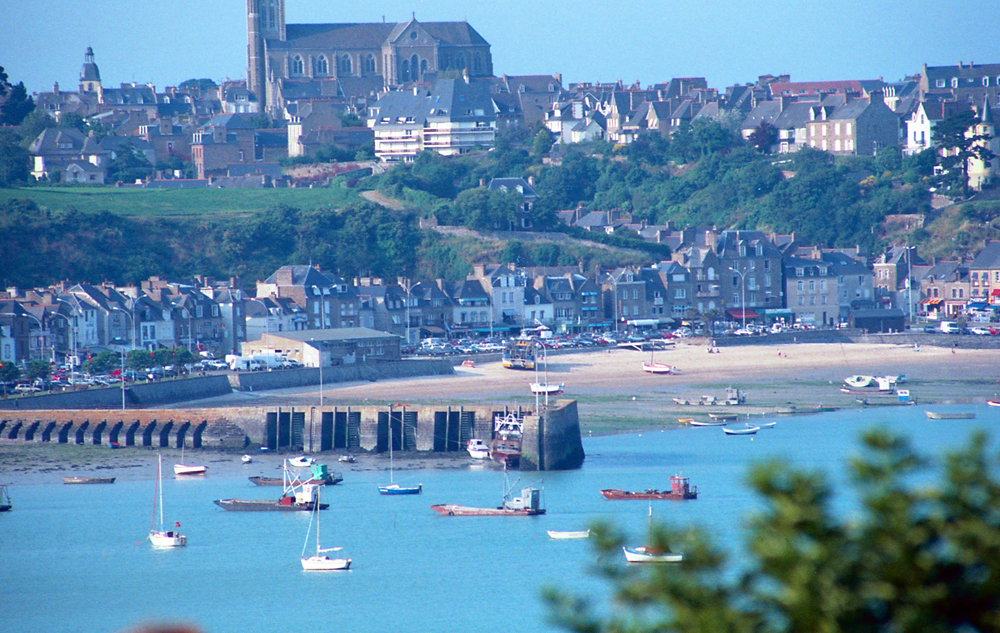 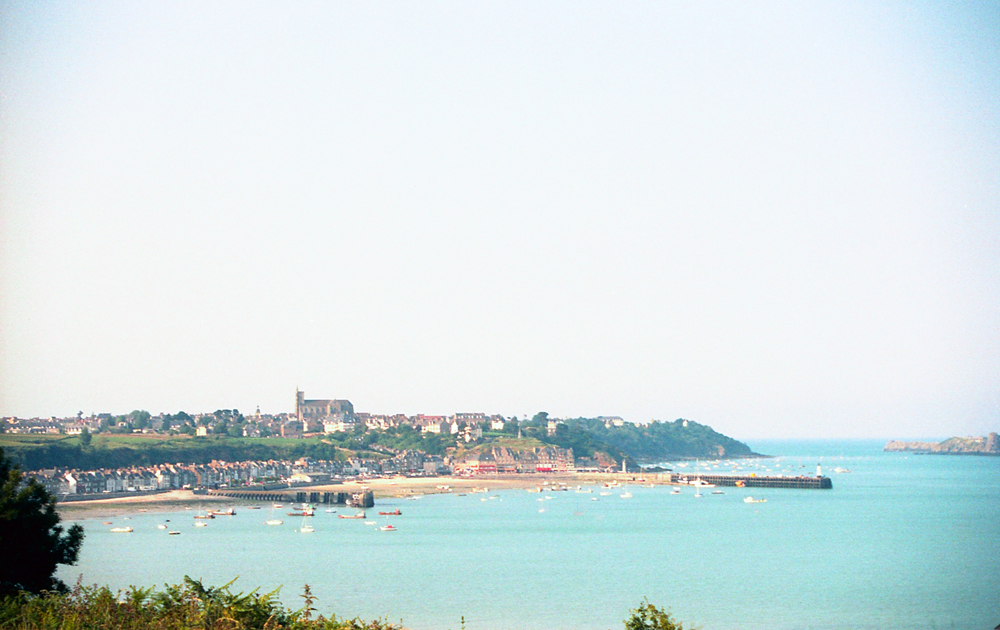 We got to our rooms and I was able to have a shave and a bath at some leisure, before the others arrived.   As I said at the outset, I had begun the week-end under something of a cloud, leaving Jayne and the children at home.  In fact, as we were driving to Ian's house on the Friday morning, Peter, Fred and Nick took great pains to try and put me at ease about the whole thing.  I was determined to telephone home (for the first time ever in France), and Nick and I set off down the seafront road in Concale to find a telephone.  We were able to use the phone in one of the cafés there.    After making the call, I almost wished I hadn't!  Jayne informed me that she, Toby and James were all down with tonsilitis, which had involved a trip to the doctor.  She made it very plain that she wasn't the slightest bit interested in my weekend, having had a very bad one at home.  As you can imagine, that did a great deal to lift my by now flagging spirits!   We had dinner in the restaurant, but I was suffering from a combination of a very sore throat myself (I had probably picked it up before I left home), plus acute tiredness and disappointment arising out of my phone call home.  I was so tired that I actually fell asleep at the table between my main course and my dessert.  So I decided the time had come to retire to my bed and get some much needed sleep! 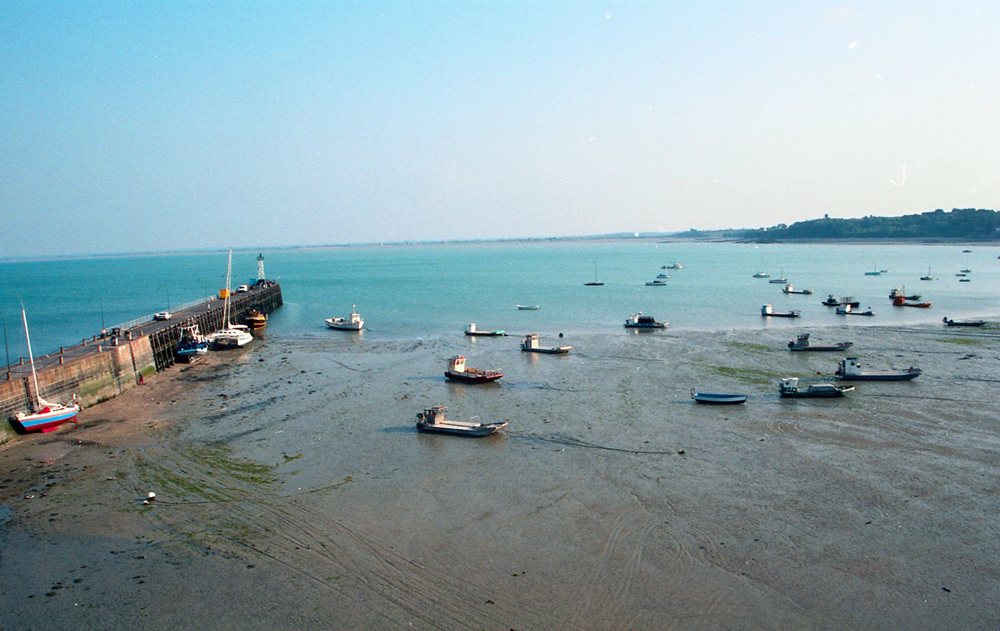 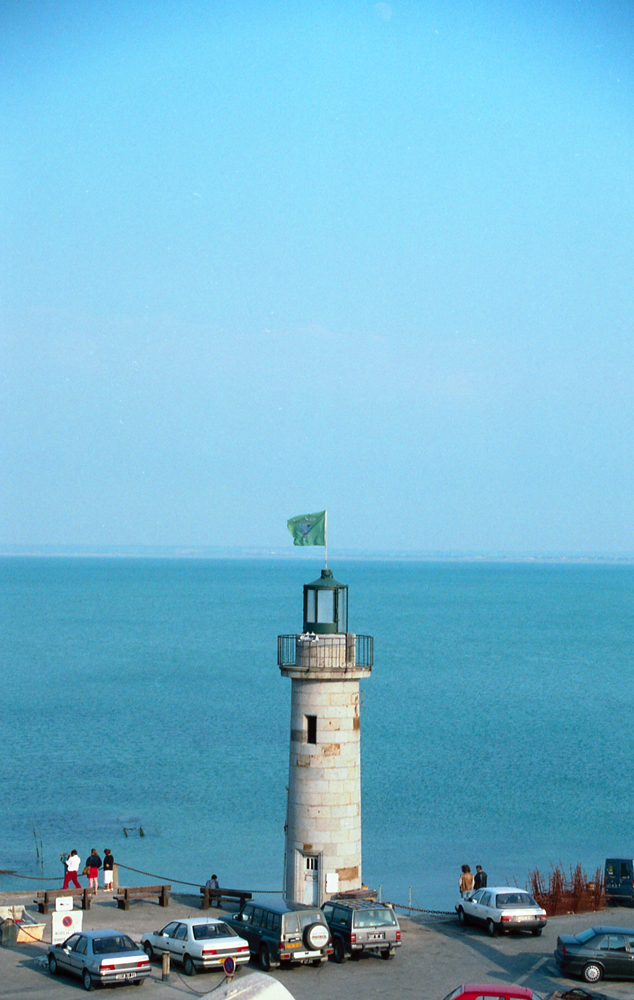 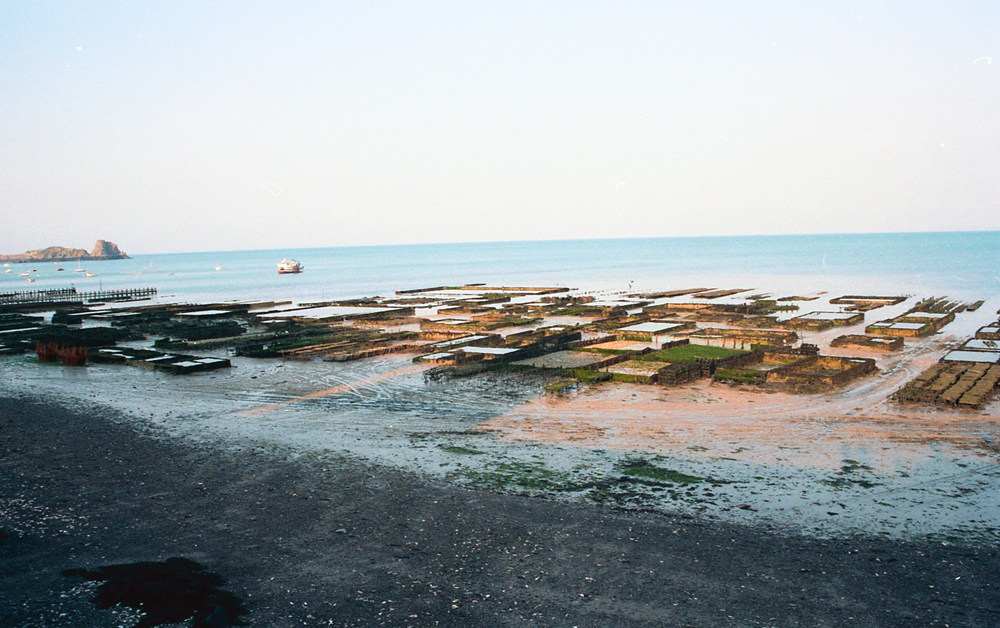 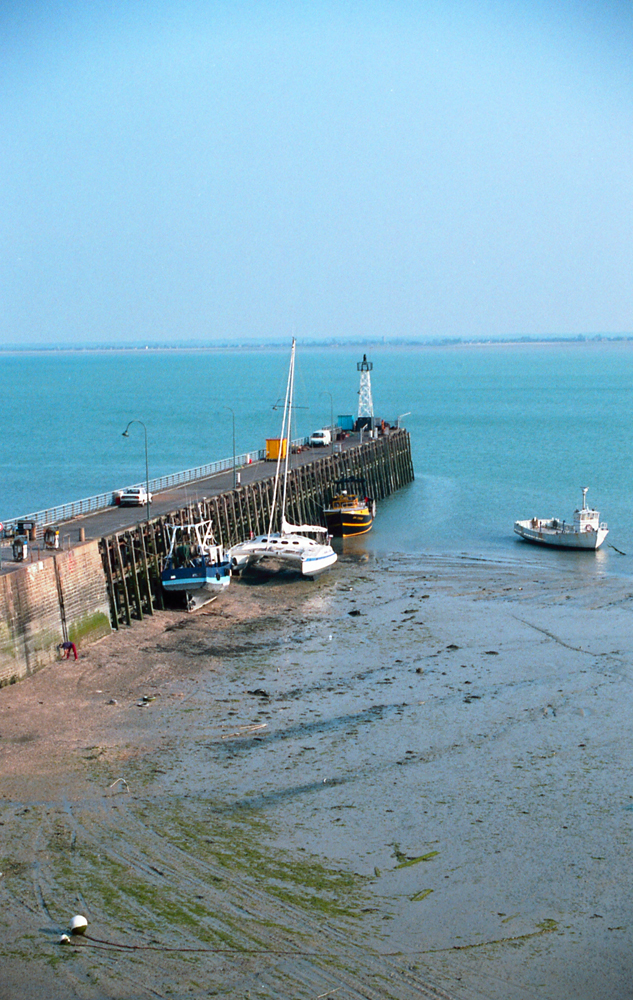 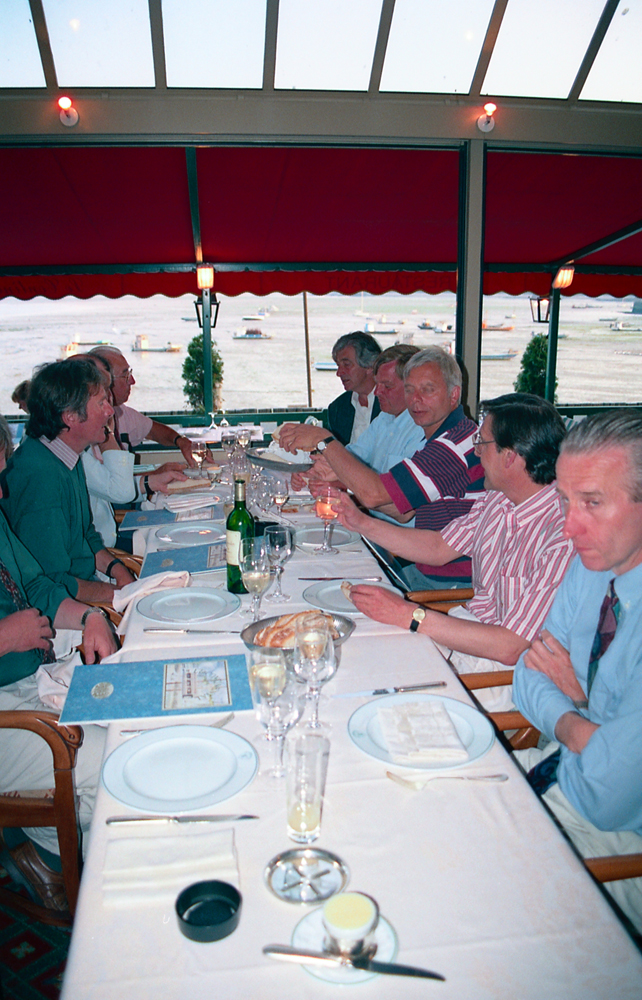