It was time for what was to turn out to be yet another great Le Mans experience.  We piled back into the cars in the garage rouge, and headed out for the restaurants on the Mulsanne Straight.  As in 1993 it was noticeable how few cars there were parked behind the restaurants, an area which in the late 80’s, when the Jaguar following was at its height, would have been packed with cars, particularly British-registered ones.  Their loss was our gain however, as we were able to park very easily indeed.

Normally at Hunaudières, we have to content ourselves with taking pictures and watching the cars race past over the fences, whilst perching on whatever is available at the time.  Ian and I quickly noticed that unusually, there didn't appear to be any gendarmes patrolling the area in front of the restaurants, to which there is normally no access whatsoever for spectators.   In 1994 however, we were able to walk right through the Restaurant des 24 Heures (now a Chinese restaurant), straight through what would normally be the front door of the restaurant and out on to the area at the front of the restaurant, a mere two or three yards away from the track.   Although the others probably didn’t think so much of this, Ian and I were both astonished that people were being allowed to get so close to the action in this way.  All there was between us and the track was a chain-link fence, about 8 feet high, with wooden posts simply leaned diagonally against it, to provide some support in the event of the fence being struck by a car.  So we were no more than about 2 yards away from the edge of the track.  It may have been rather dangerous, but there was no way that I was going to pass up the chance to take some pictures from here!  Fortunately for us (but not so for the driver), at that moment the Obermaier/Strandell Ferrari F40 rolled to a stop with electrical problems right in front of us, and I was able to get a couple of good photographs as the marshalls pushed the car away to a place of safety. 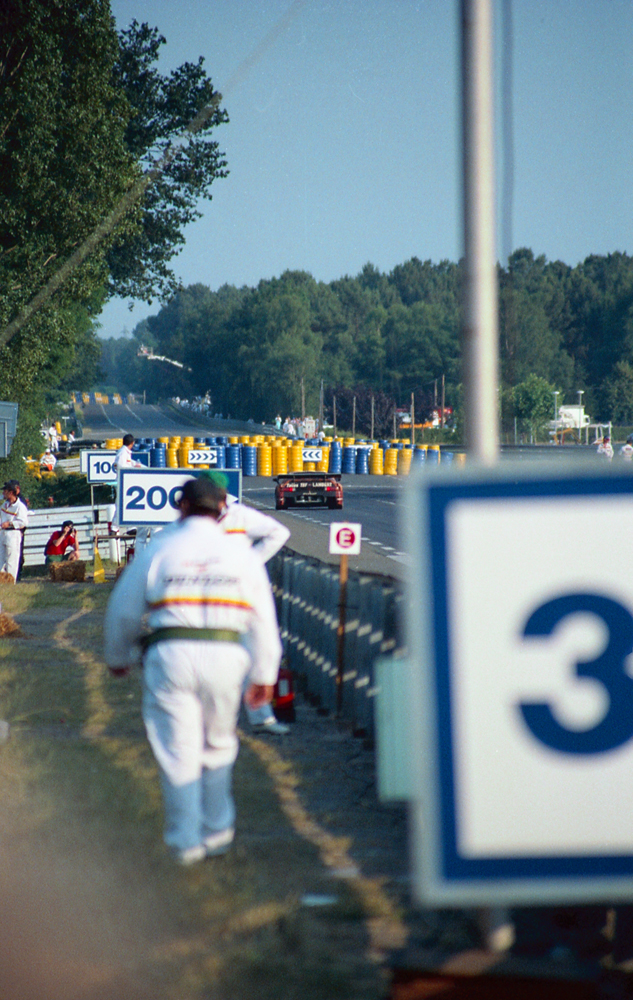 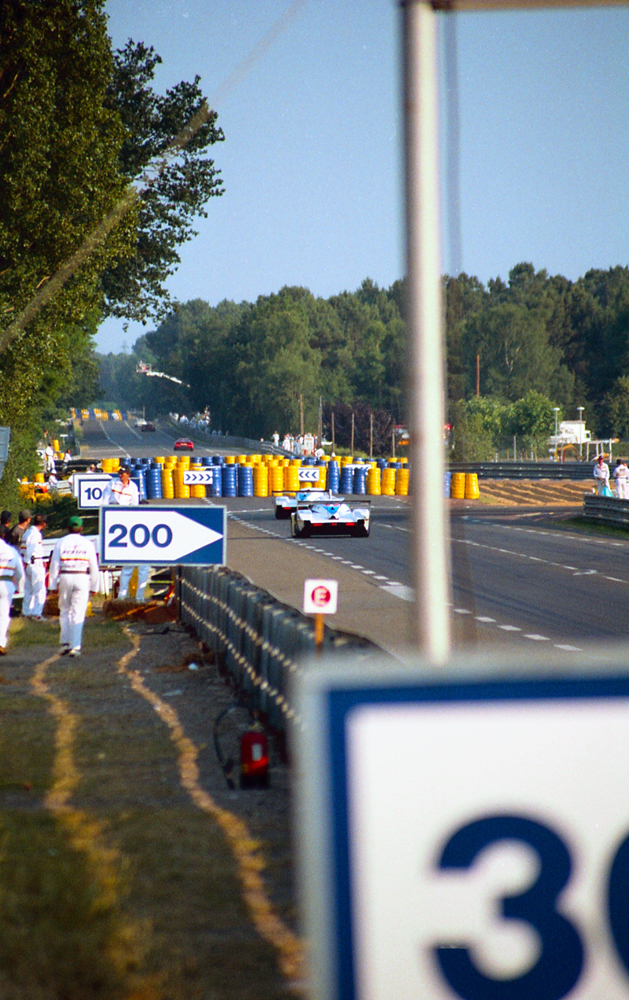 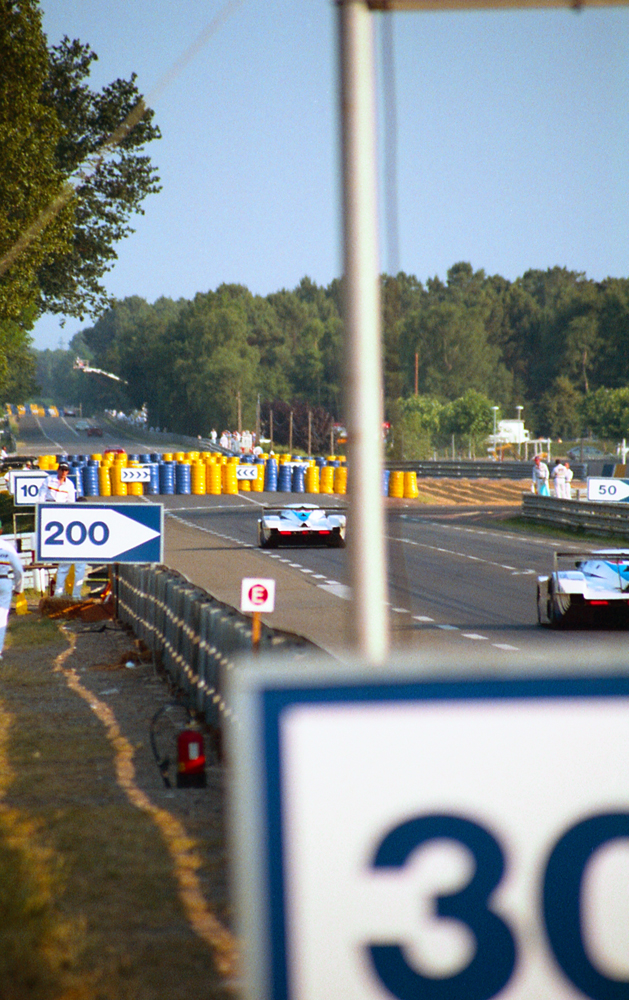 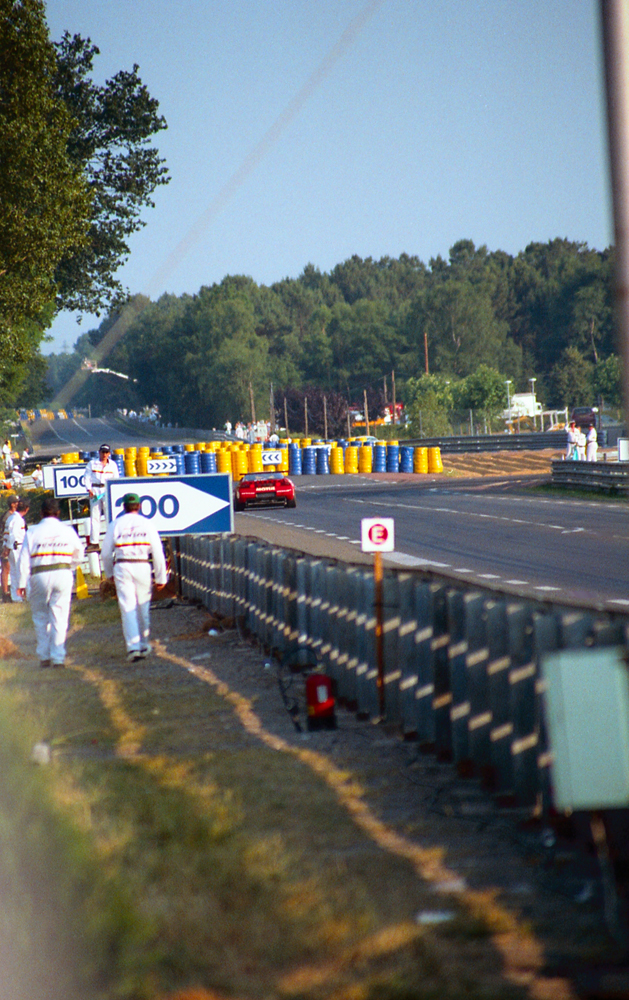 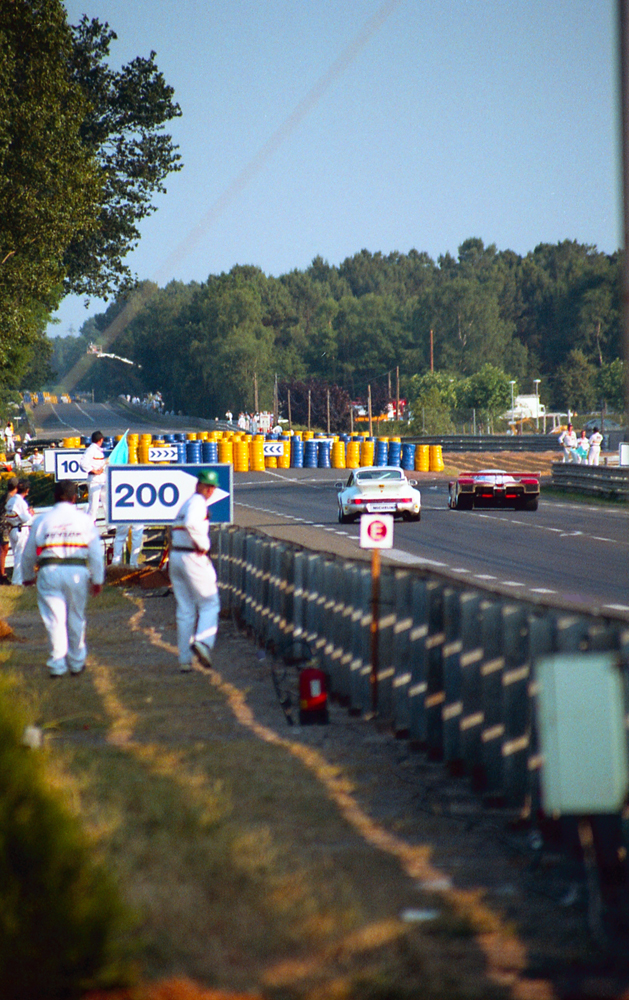 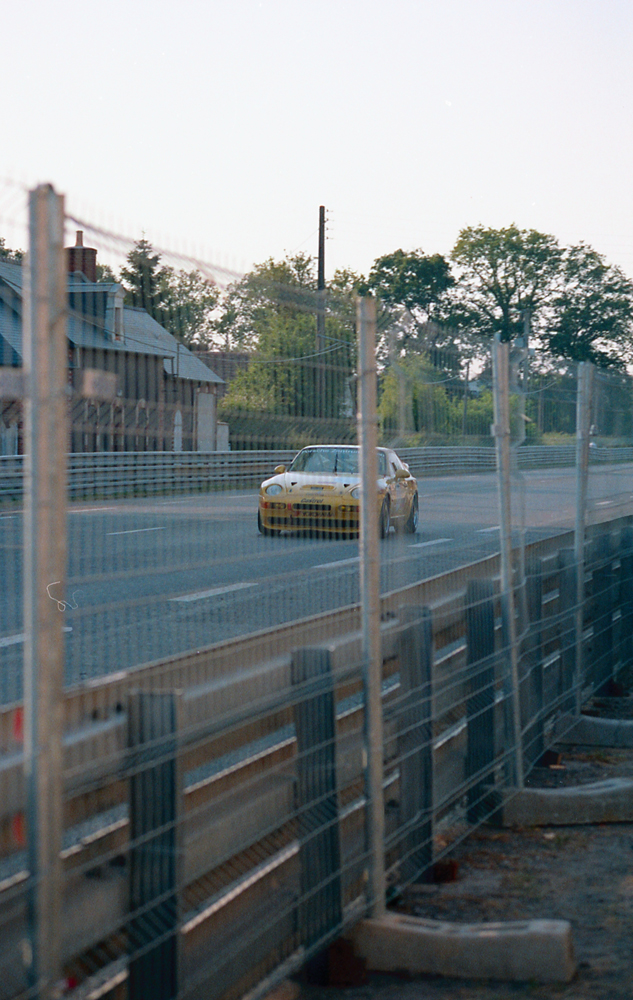 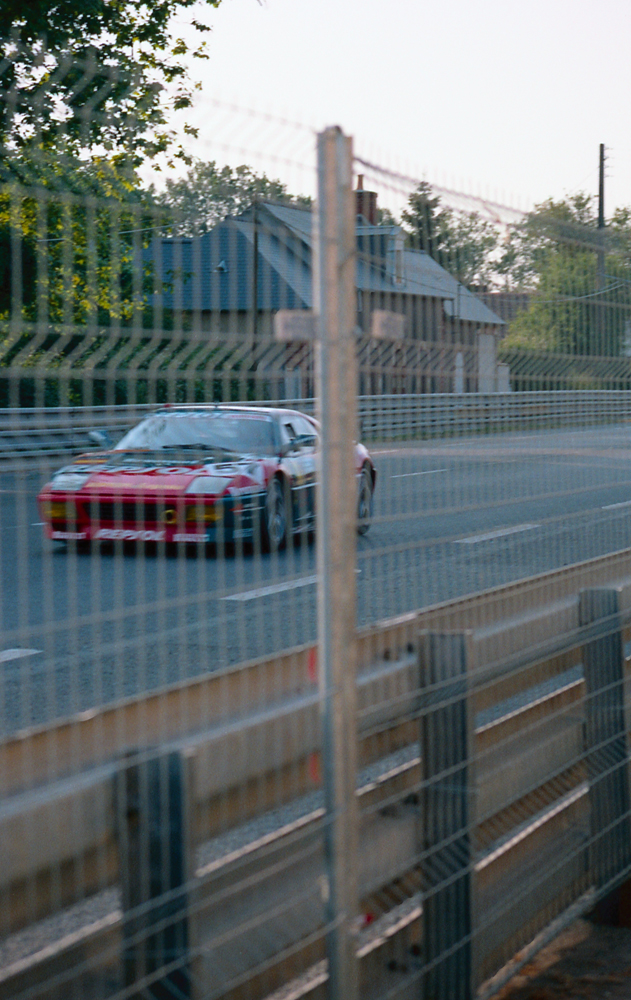 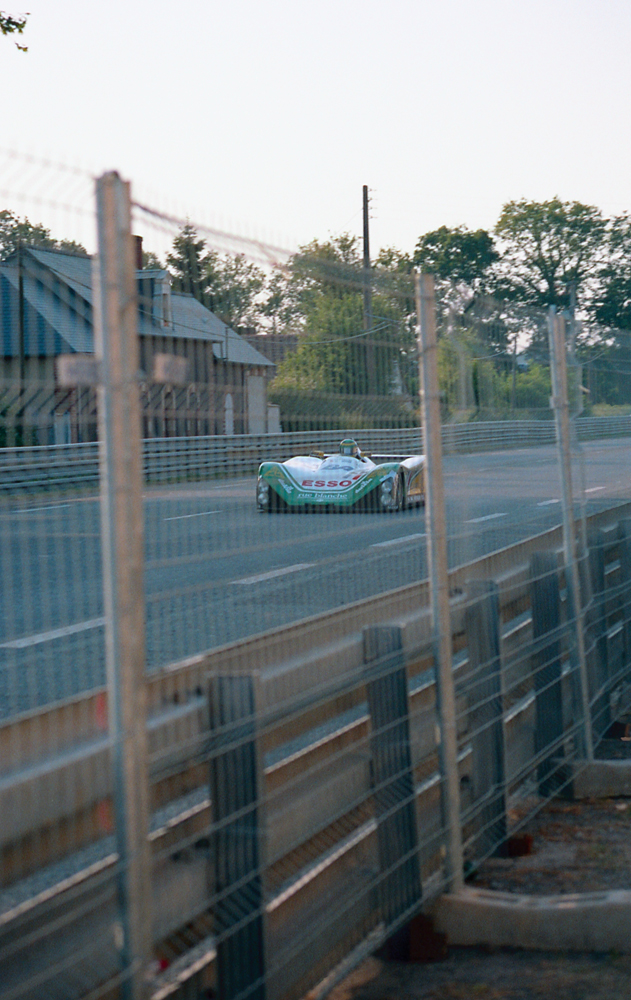 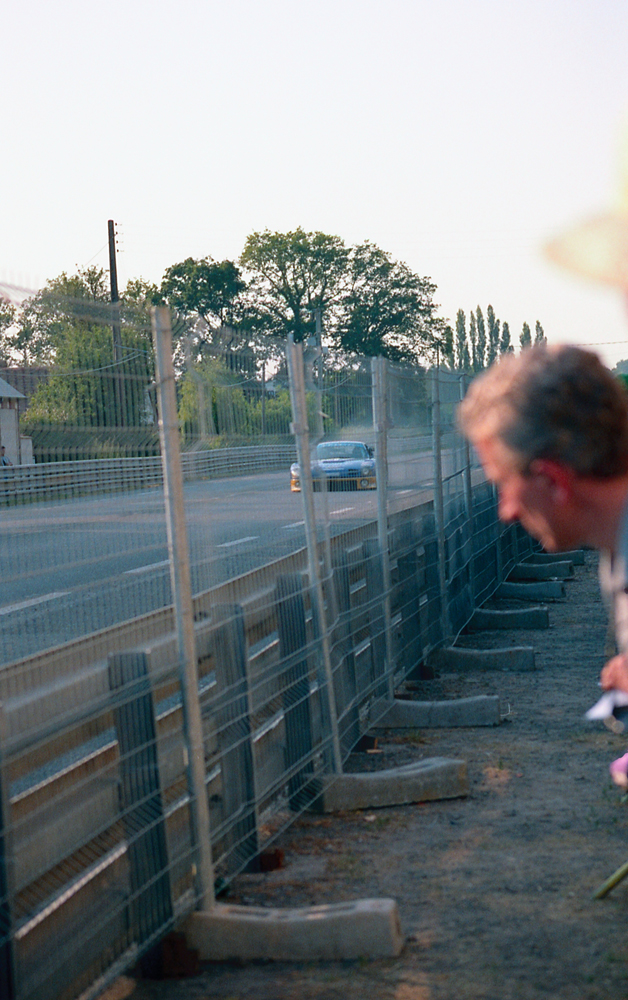 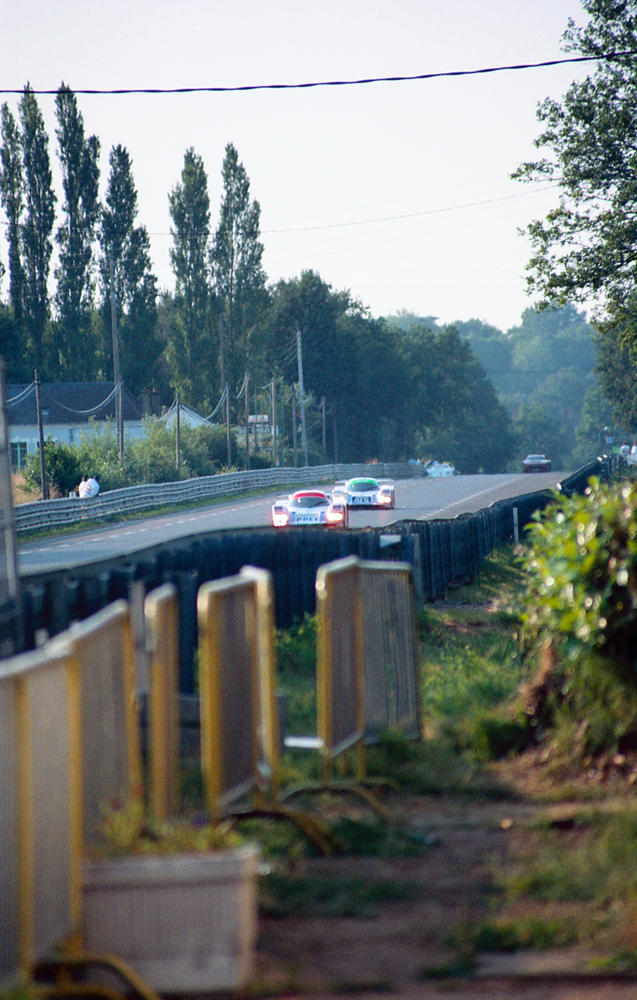 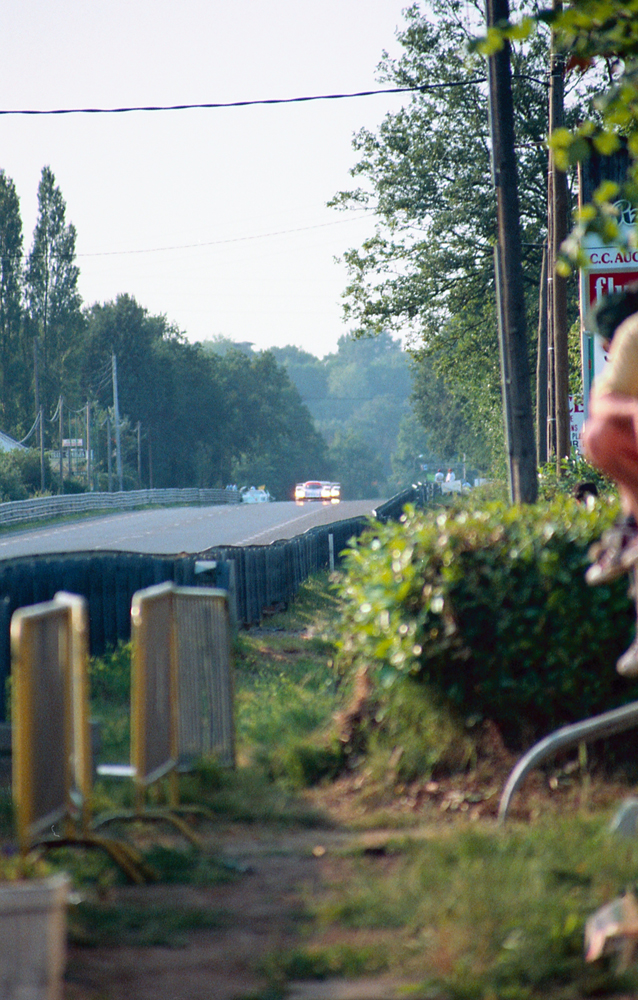 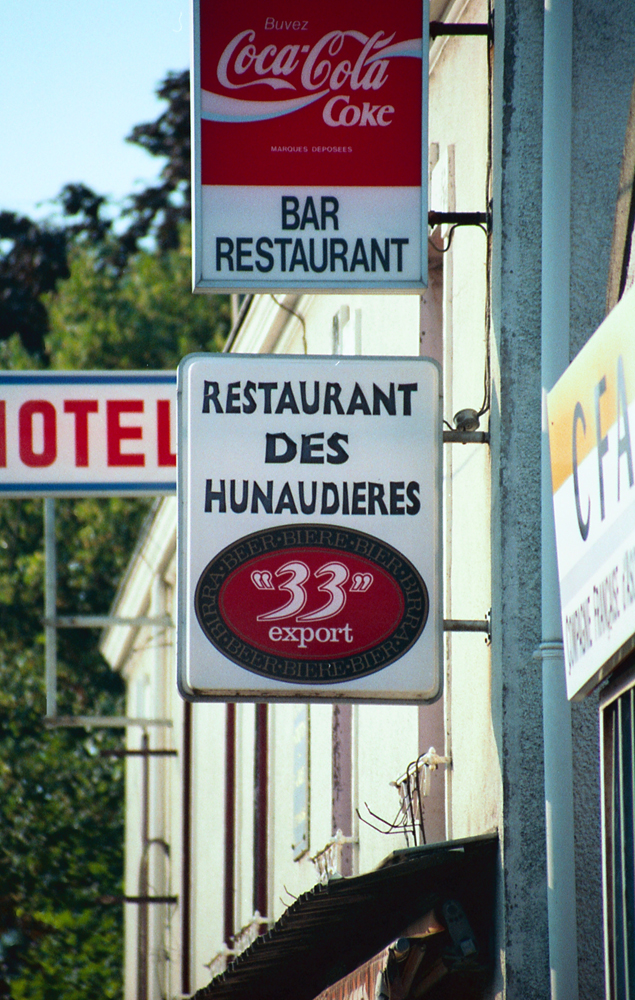 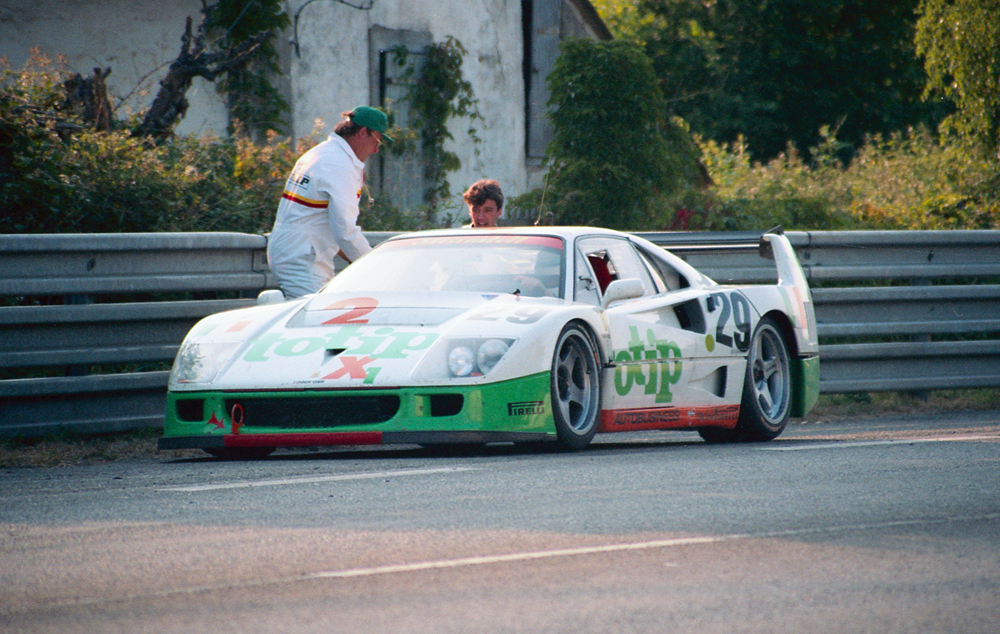 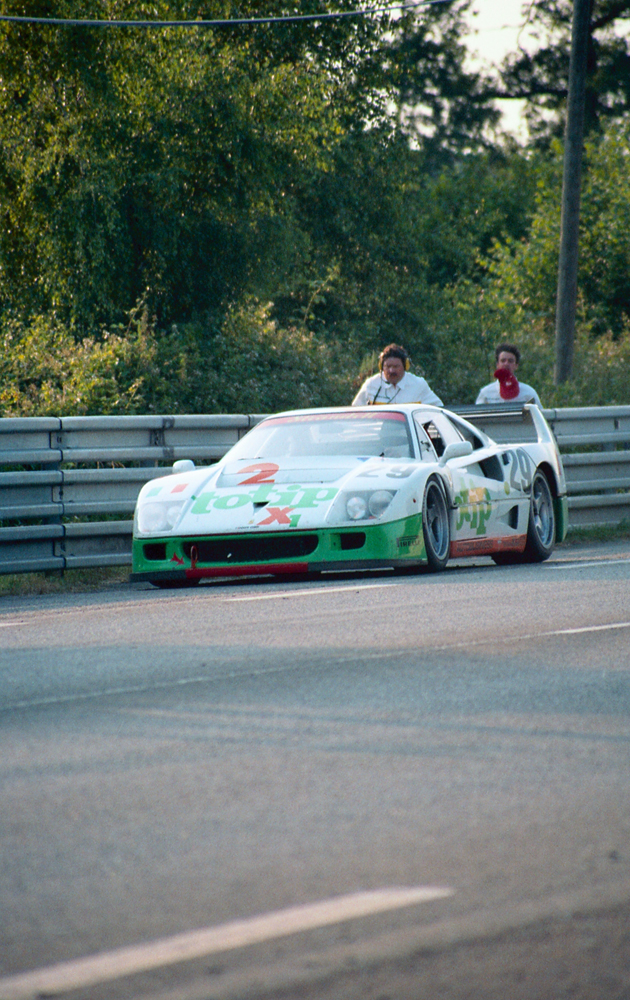 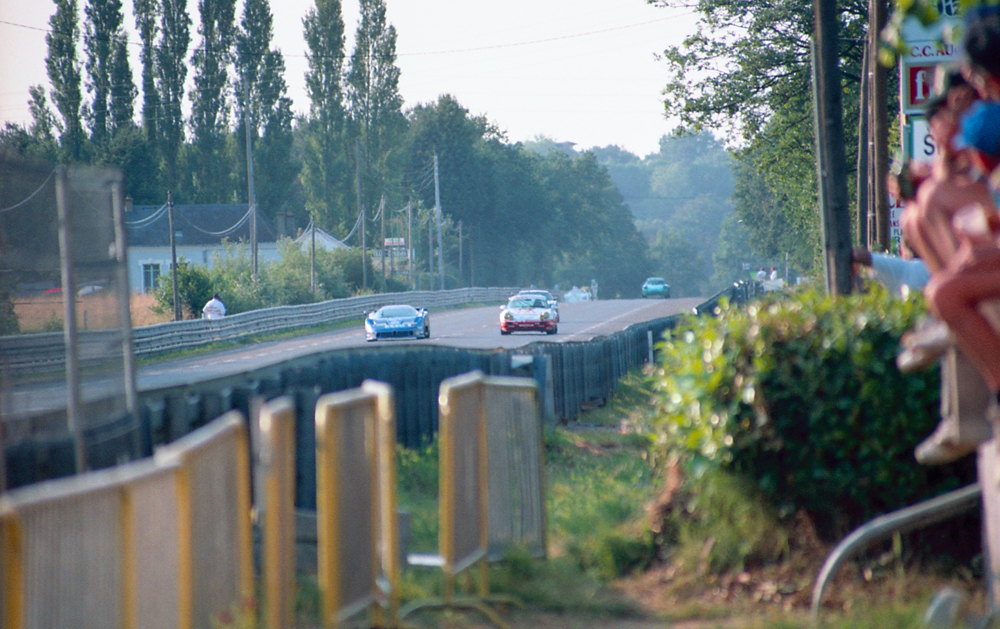 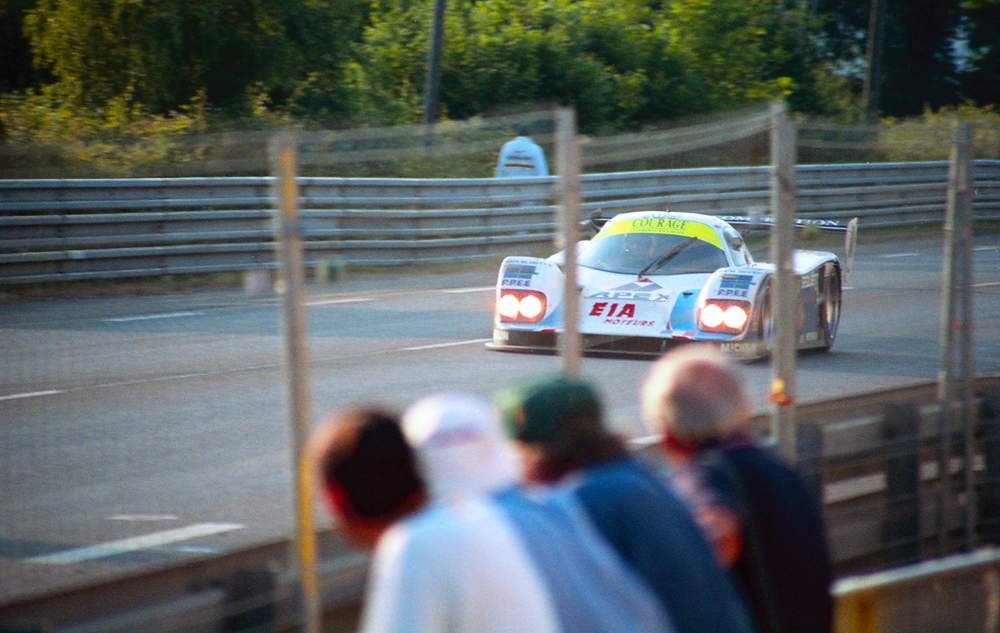 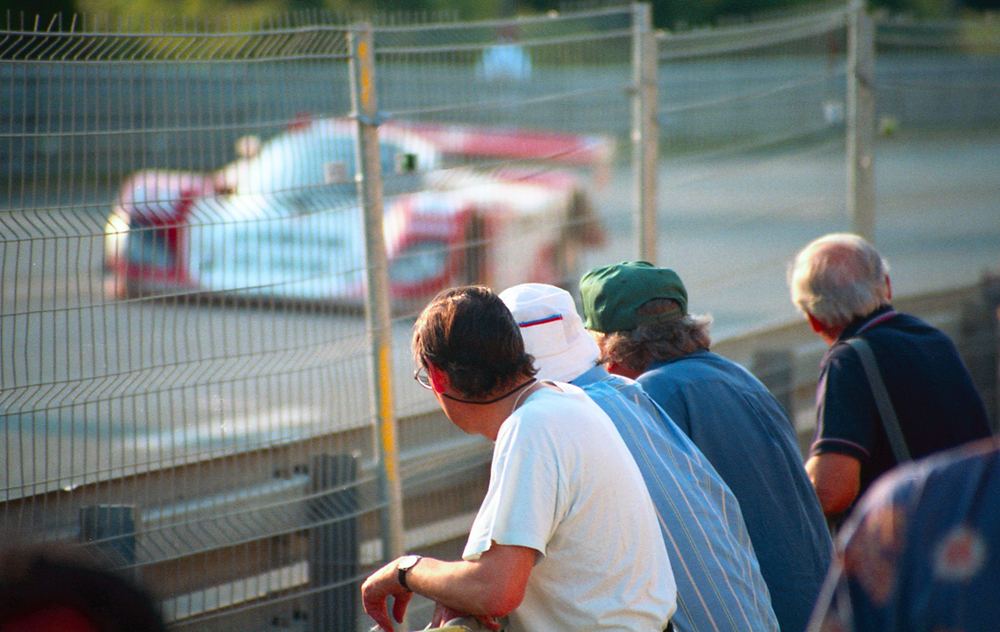 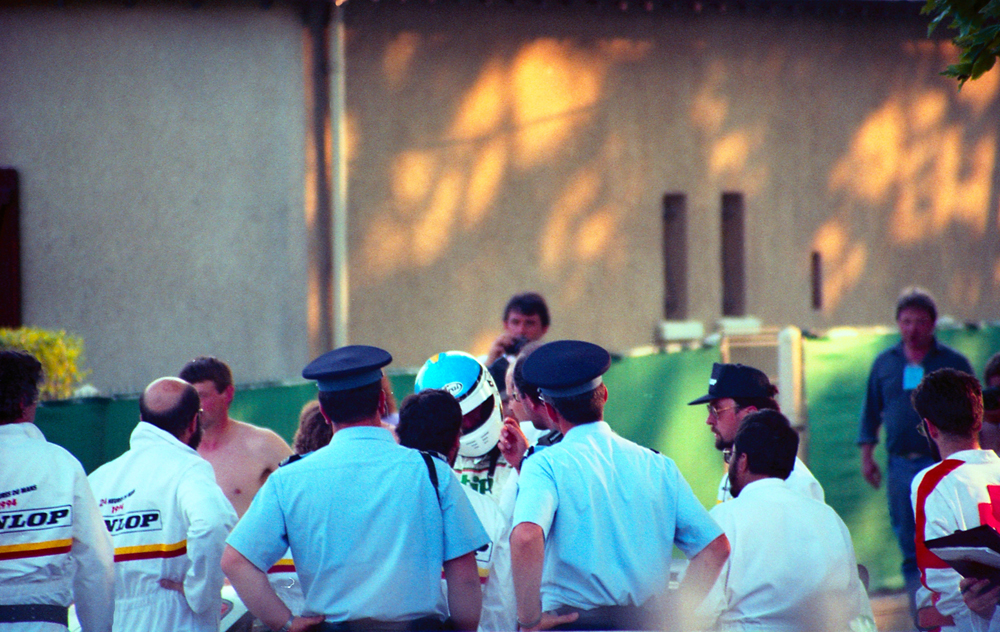 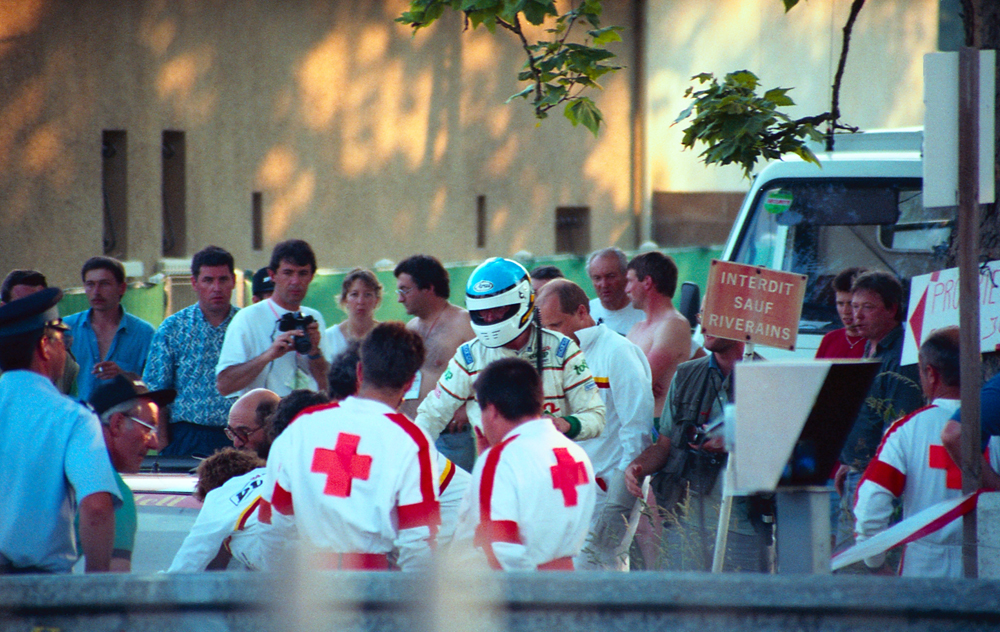 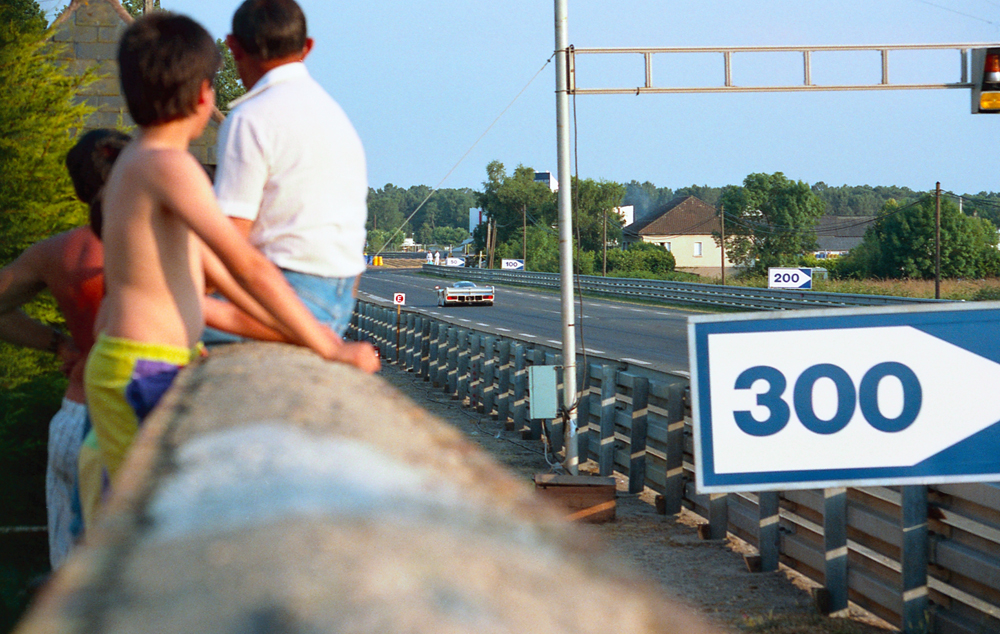 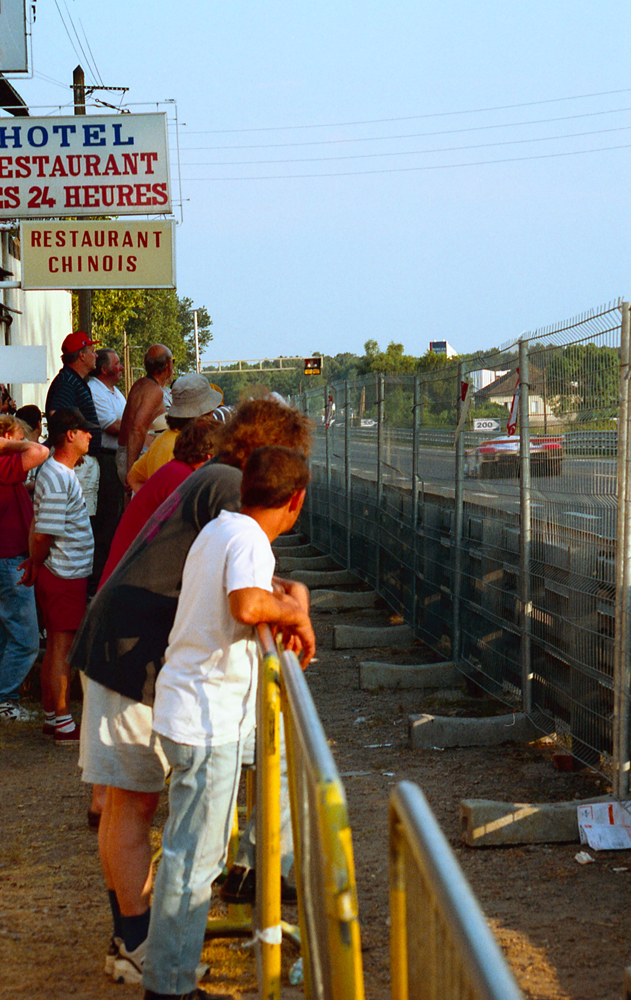 The experience was absolutely fantastic and Ian and I wanted to make it last for as long as possible, so we spent about an hour outside the restaurants until we realised that it was time to go and eat.  Once again, we were heading for Le Belinois at Moncé en Belin, the restaurant where I had taken dinner in 1990, 1991 and 1993.  Unfortunately, I forgot to take my camera into the restaurant with me, so I have no photographs taken during the meal, but it was definitely one of the better Belinois meals!   Jim continued as he had on Friday night by hitting the wine rather hard again, insisting on telling a number of highly dubious jokes, despite attempts by Alan and Chris to get him to shut up!  Despite this, it was another marvellous evening, enjoyed tremendously by everyone.   After the meal, the majority of the team piled into Chris and Martin's cars and headed straight off to the overnight stop at Le Grand Luce.  Ian, Jim and myself, however, headed back to the circuit again, to watch some of the racing in the darkness.  (It had still been quite light when we went for our evening meal).