Our evening destination this year was the Le Rotisserie Normande at Buais, and we would be spending the night at Le Relais du Bois Leger, another familiar venue just down the road on the outskirts of St. Symphorien des Monts.  We piled on the pace in the VR6 on the way, Chris becoming quite agitated that the other two cars, especially Ian's, were not going as fast as he would have liked!  In the end, we simply made our own way at our own pace.  The problem for Ian (we found out later in the trip), was that, with the roof down, the air buffeting was so great that it became quite uncomfortable for the passengers in the rear if he drove at speeds much over 70 mph.   At about 6.30 p.m. French-time, we finally arrived at Le Rotisserie Normande, and we were greeted by the new proprietor, Madame Buisson, who had taken over the restaurant from 'Monsieur Le Bigot'.  In fact, she and her staff were obviously concerned that these ten mad Brits had arrived very early for their evening meal!  By now, it was incredibly hot and we had a couple of very welcome cold beers at Le Rotisserie Normande before we headed back down the road to the auberge where we would be staying the night.   I had stayed at Le Relais du Bois Leger on no fewer than seven previous occasions, including both directions in my first Le Mans in 1986.  It hadn't changed a bit during that time, and it was both a very familiar and welcome sight.   I was lucky enough to be able to bag a single room and after stowing my gear and having a good wash and change after the journey, we made a rendezvous down in the café bar at 7.30, ready for the trip down the road for dinner. 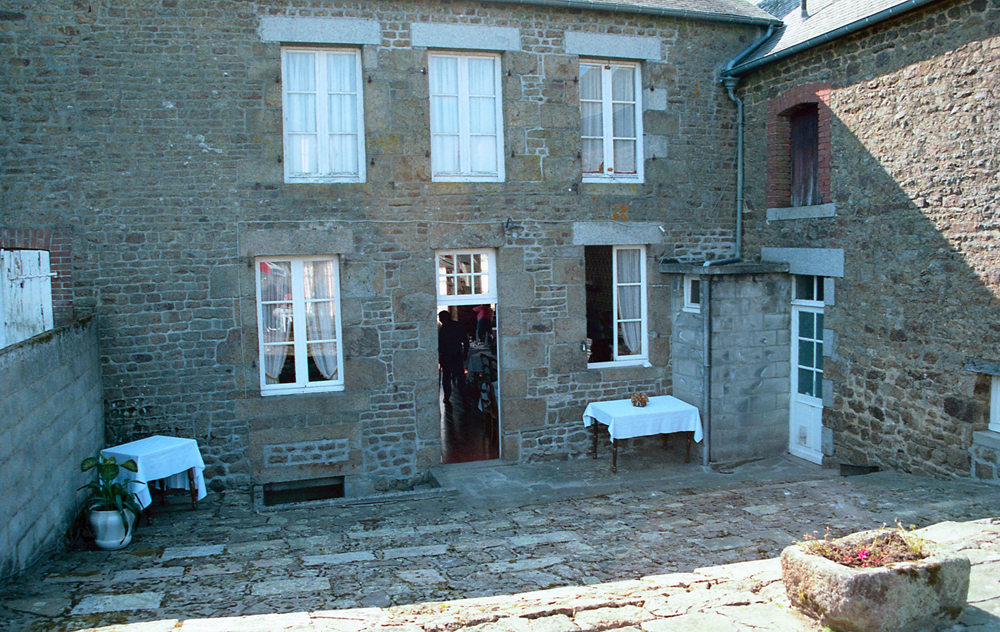 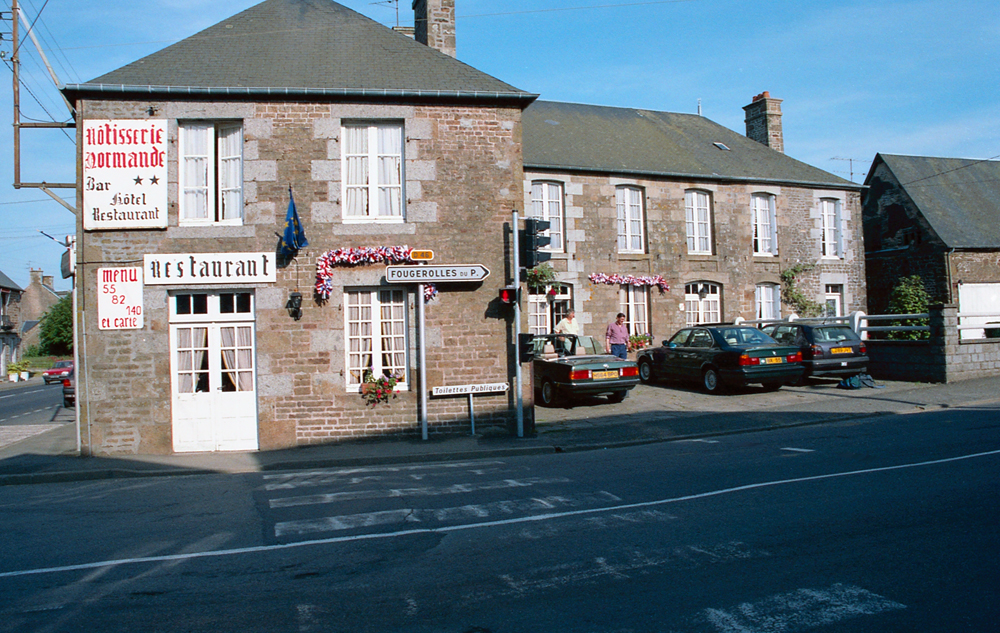 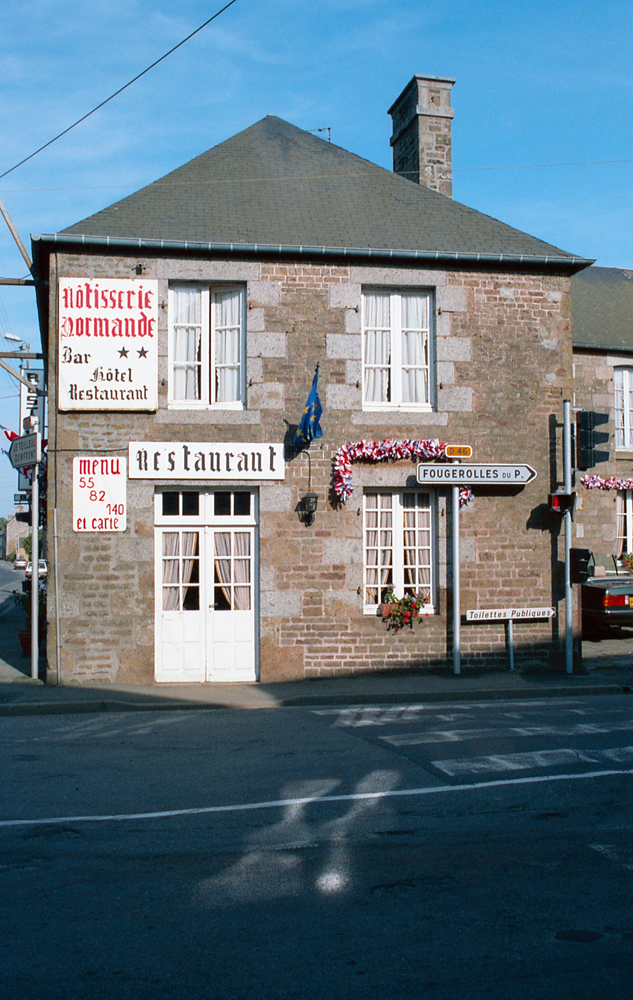 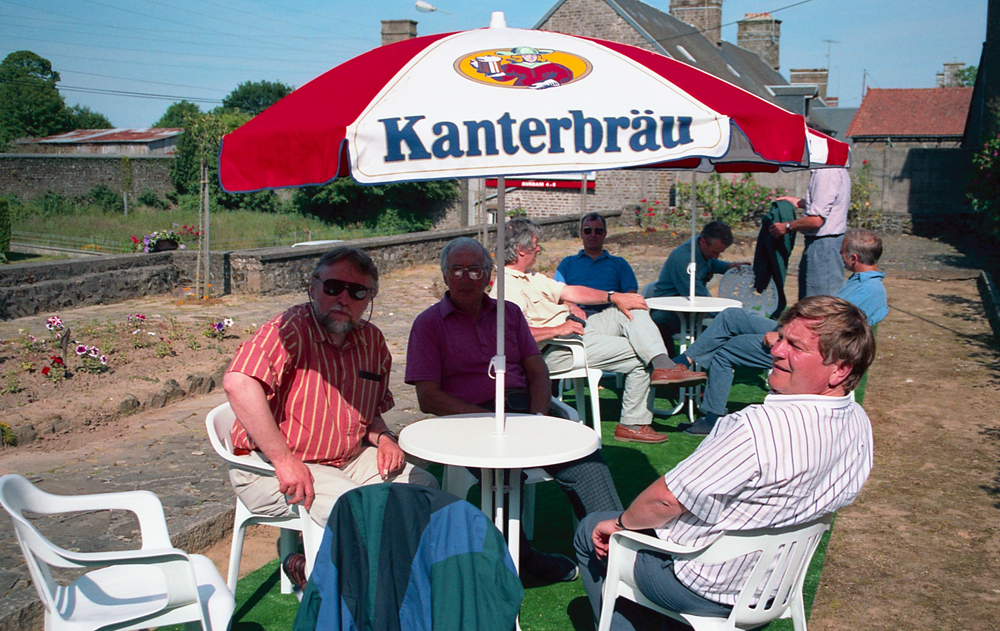 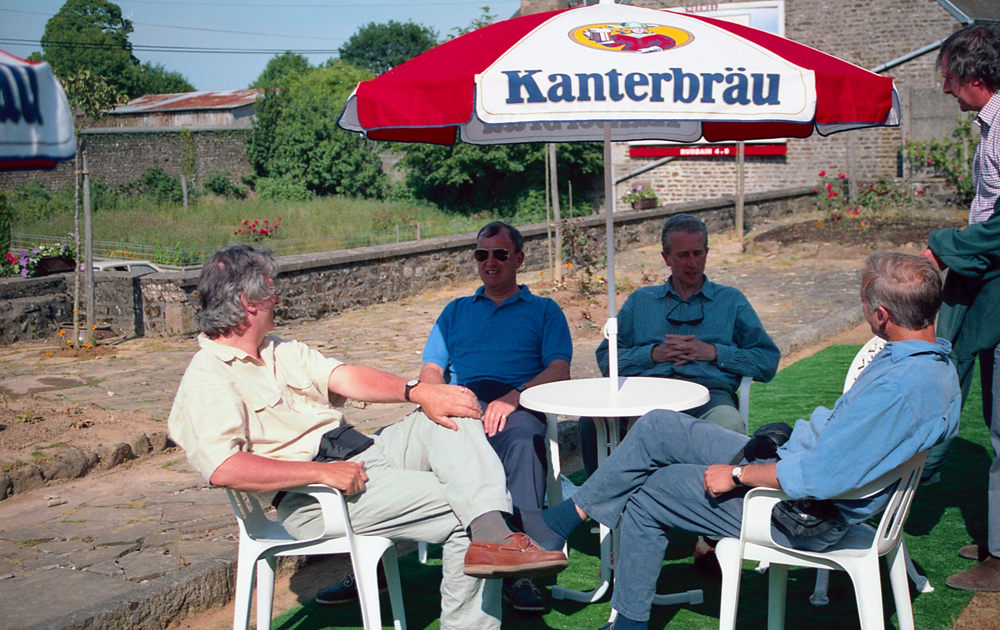 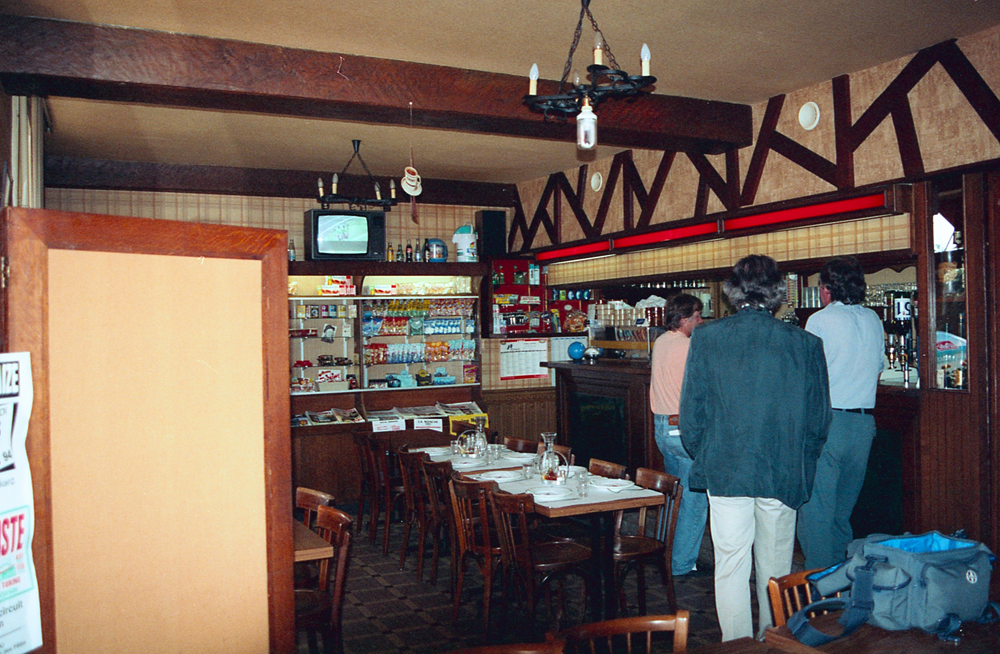 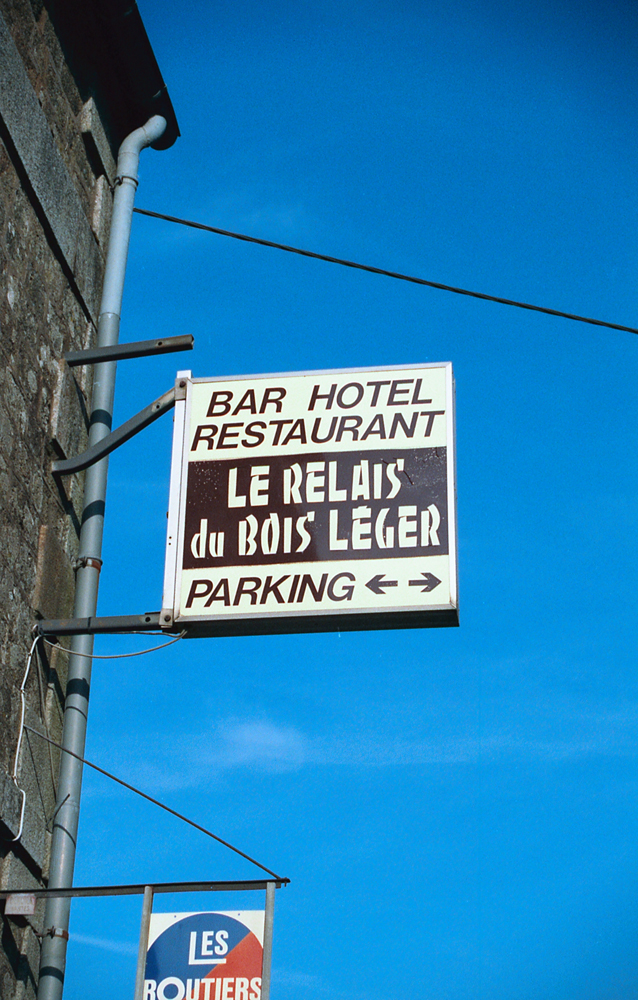 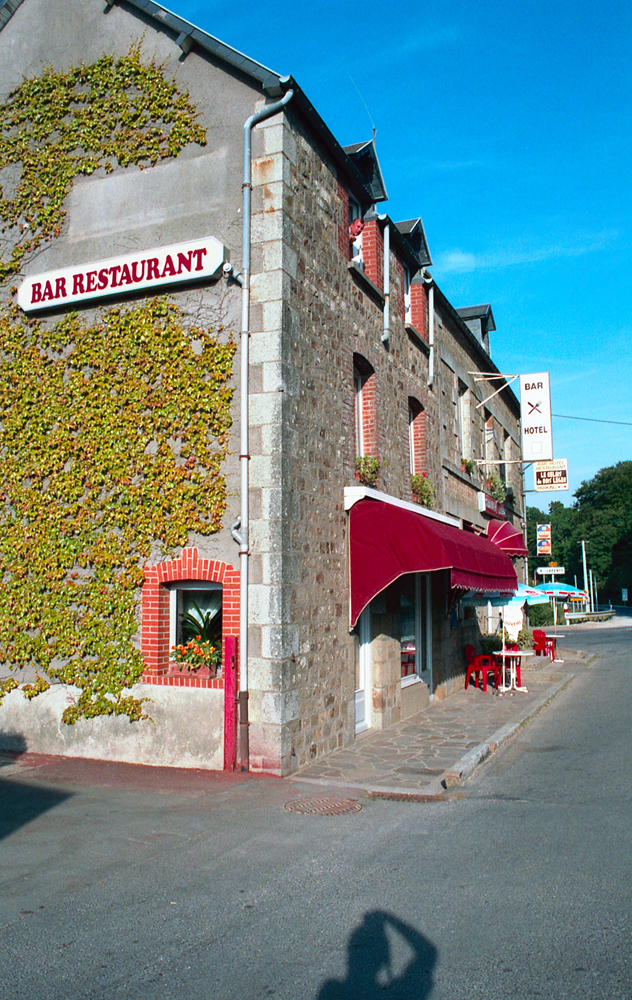 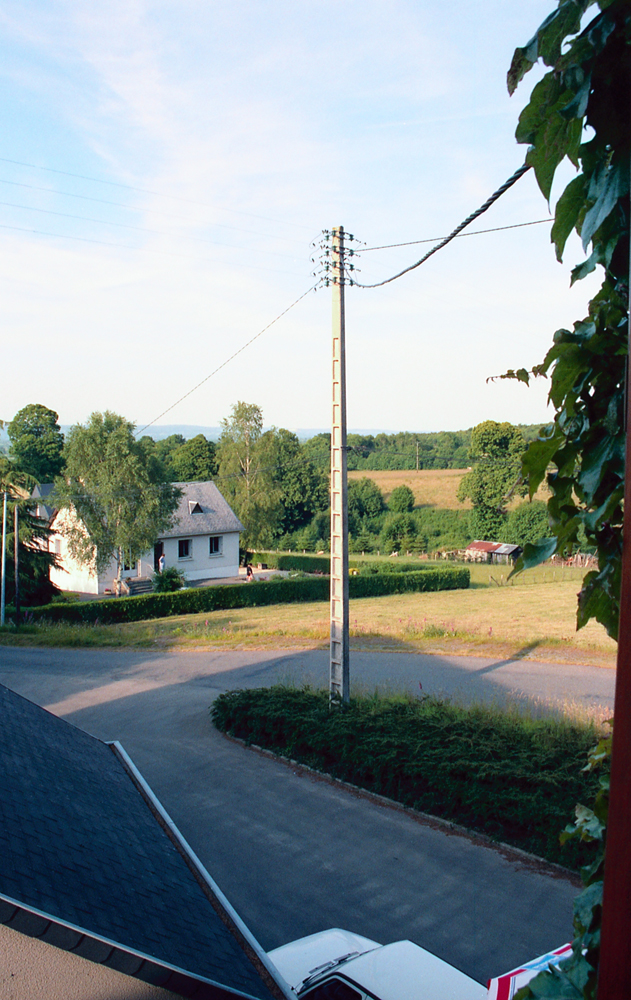 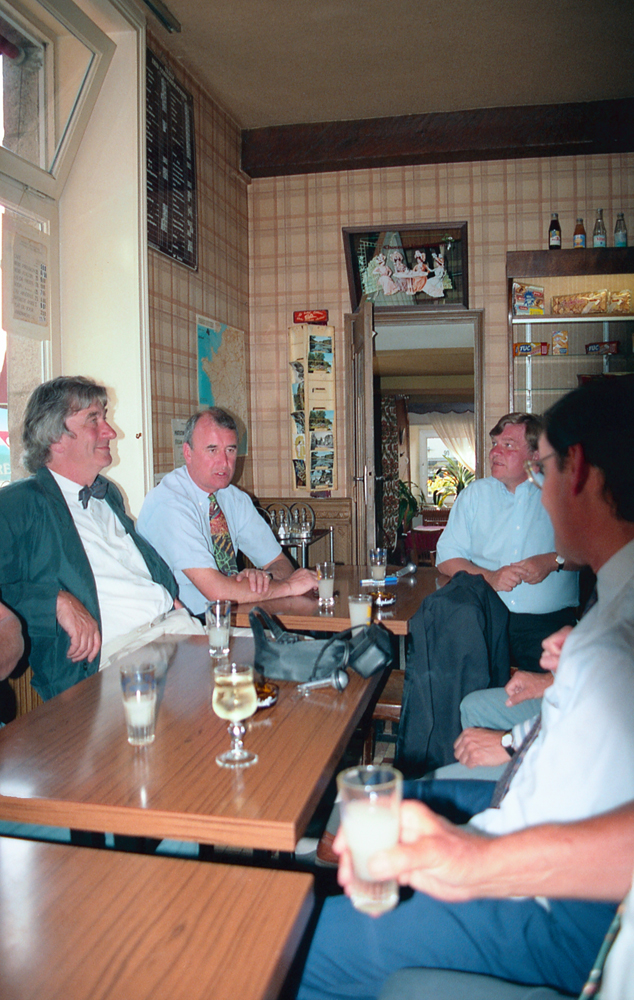 Over the previous eight years, there have been many high-spots during the Le Mans trips, but the evening meal on the Friday night in Buais turned out to be one of the very best.  We had a drink in the café bar, before heading off again in the cars for the restaurant.   For the first time, I decided to take my camera with me, to record the evening's events for posterity (well, for my photograph album!).  Ian had invited the now retired M. Le Bigot and his wife to join us for dinner, and it was splendid to see them again.   We had a really excellent meal and plenty of wine.  I confess at this stage that I ate frogs legs for the first time and, even worse, I actually enjoyed them!  As the evening wore on, Jim imbibed a considerable amount of wine and became rather merry while a similarly inebriated Richard decided to try out some of his "magic" tricks on those assembled and M. Buisson, who came and joined us for coffee. 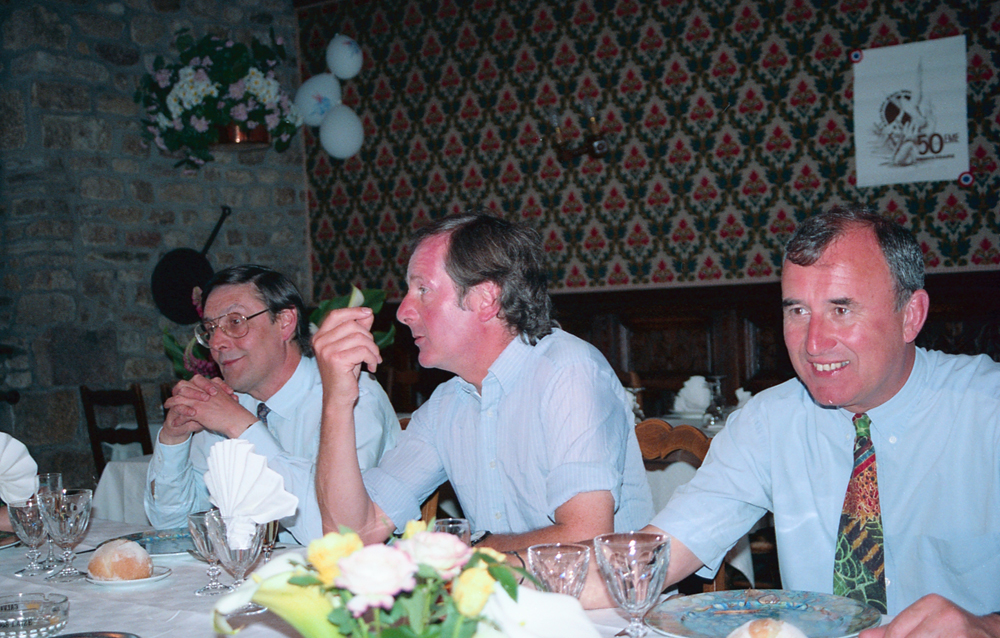 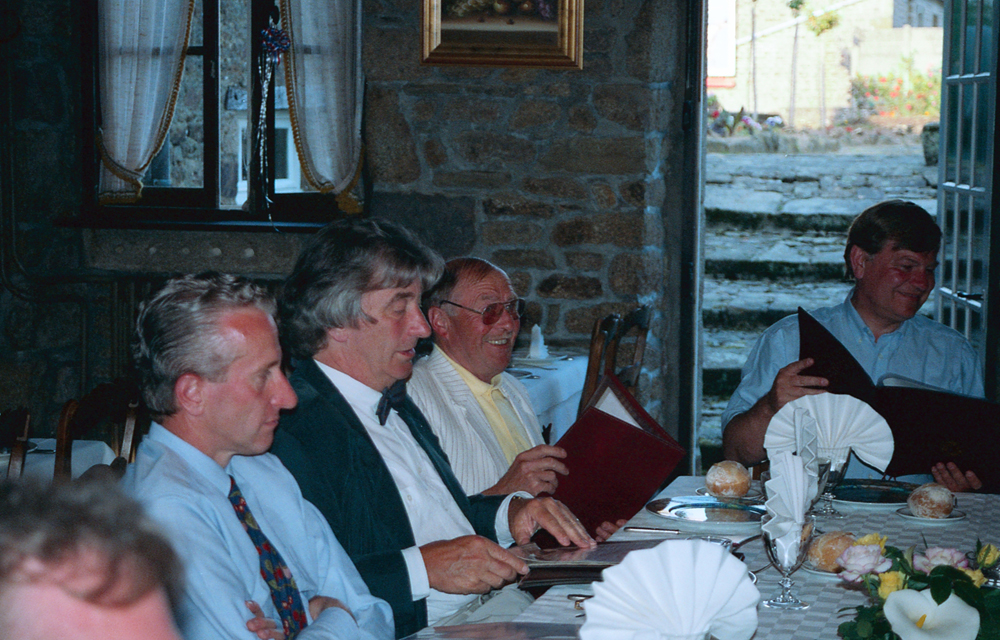 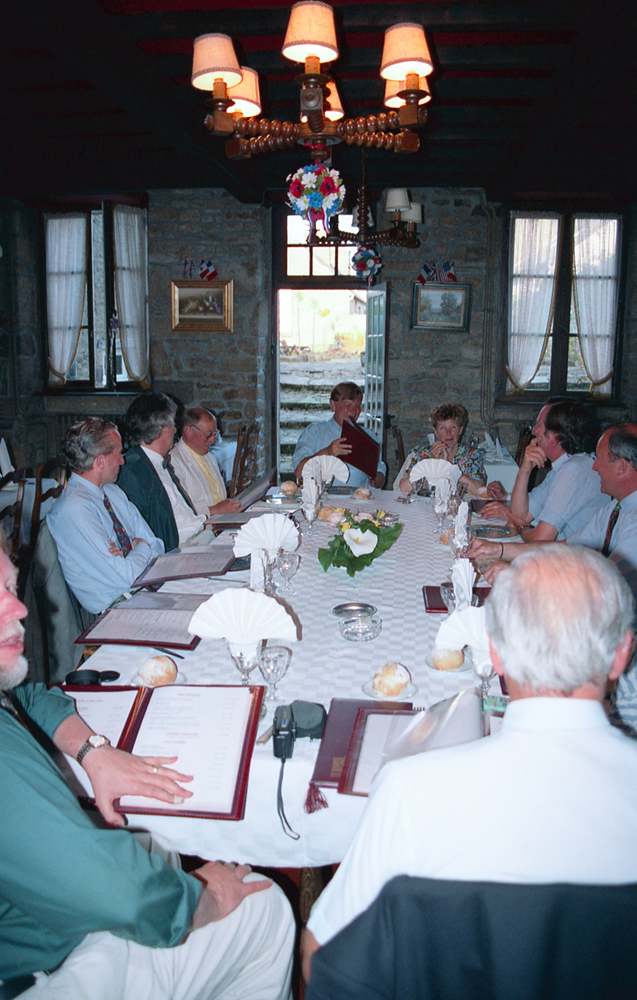 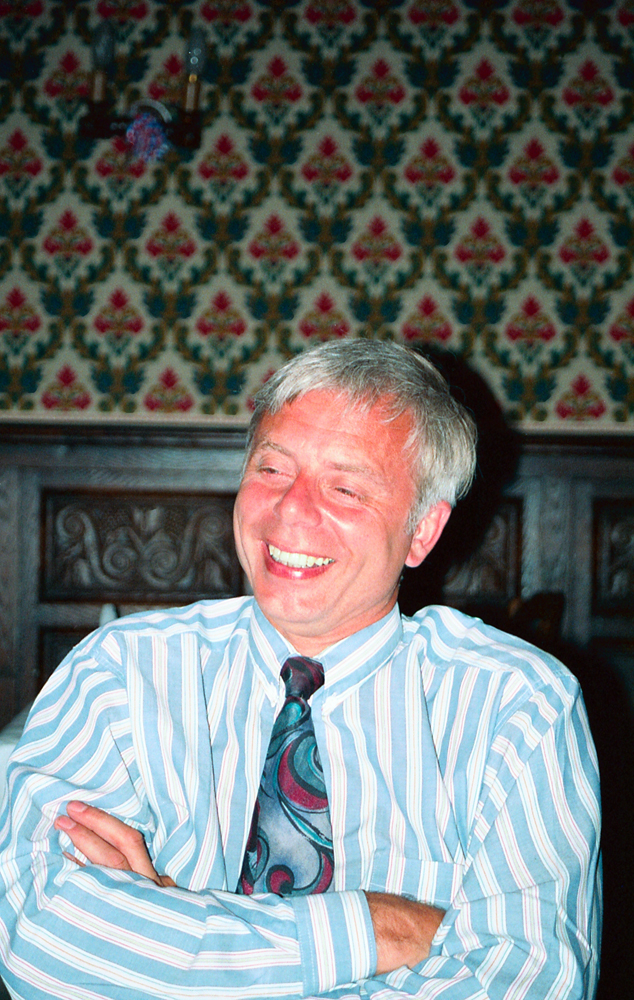 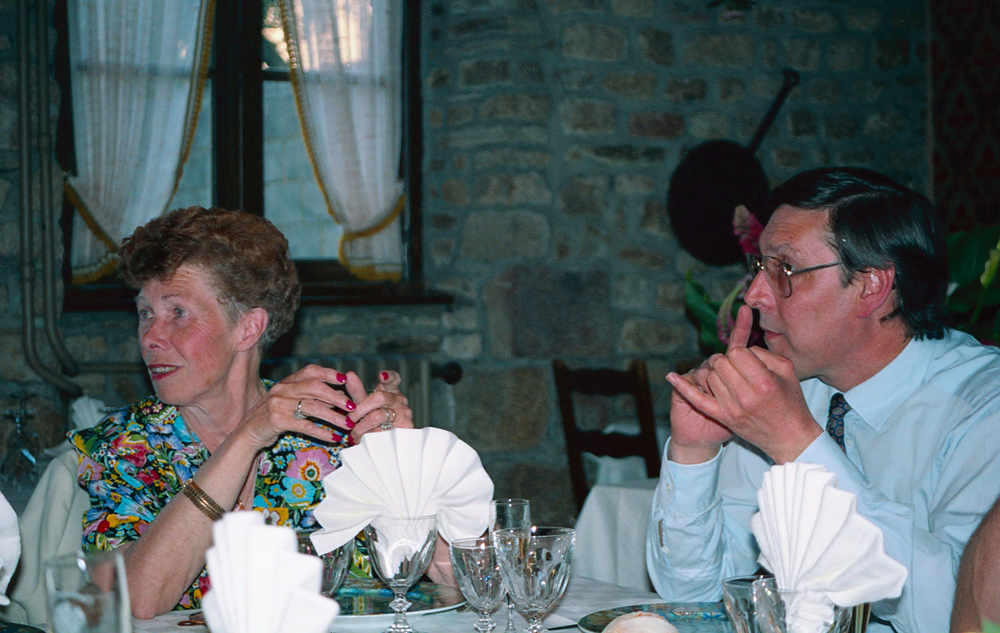 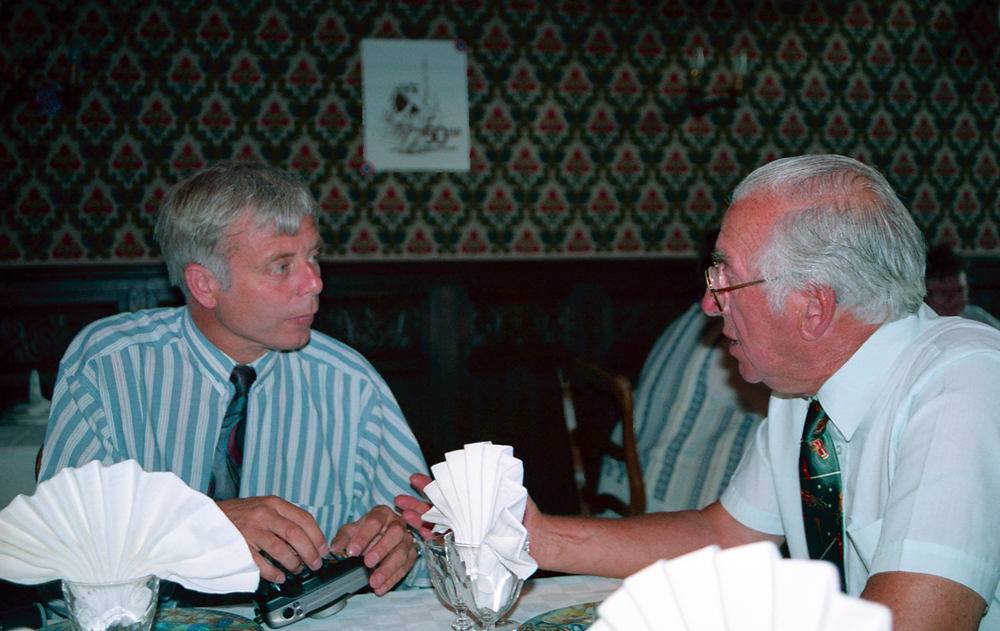 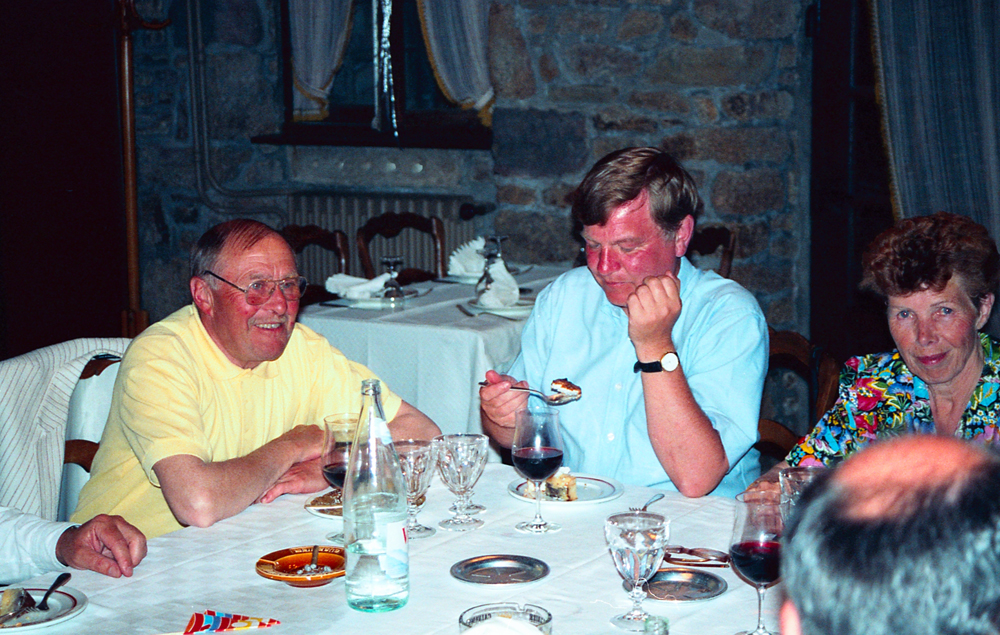 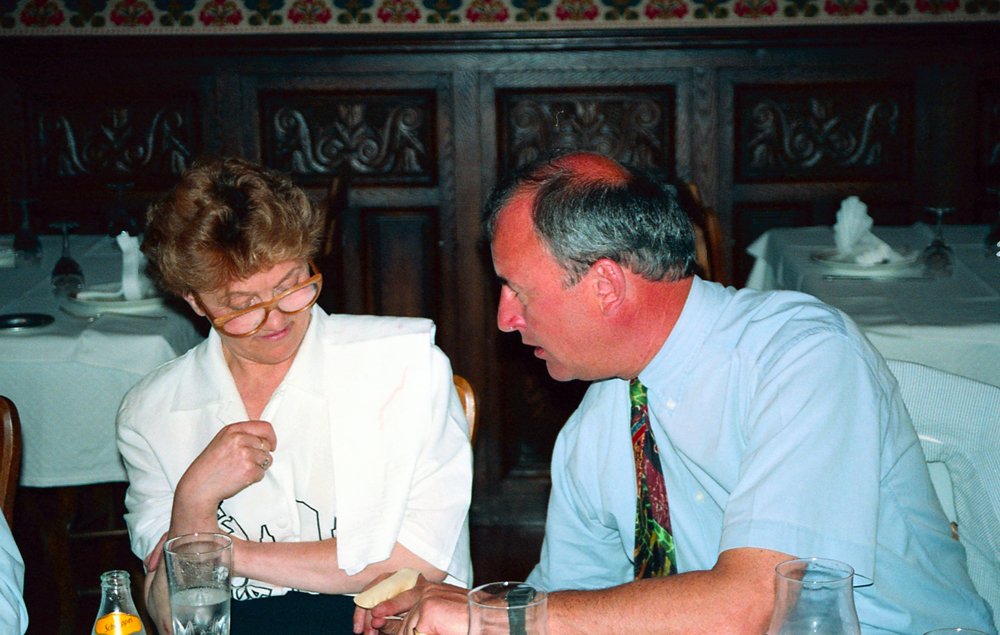 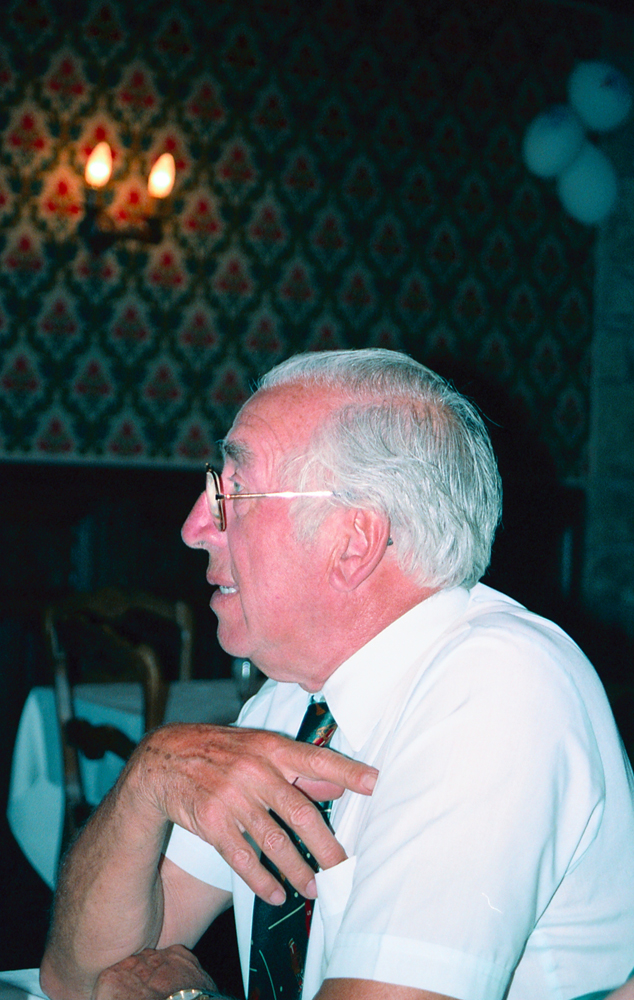 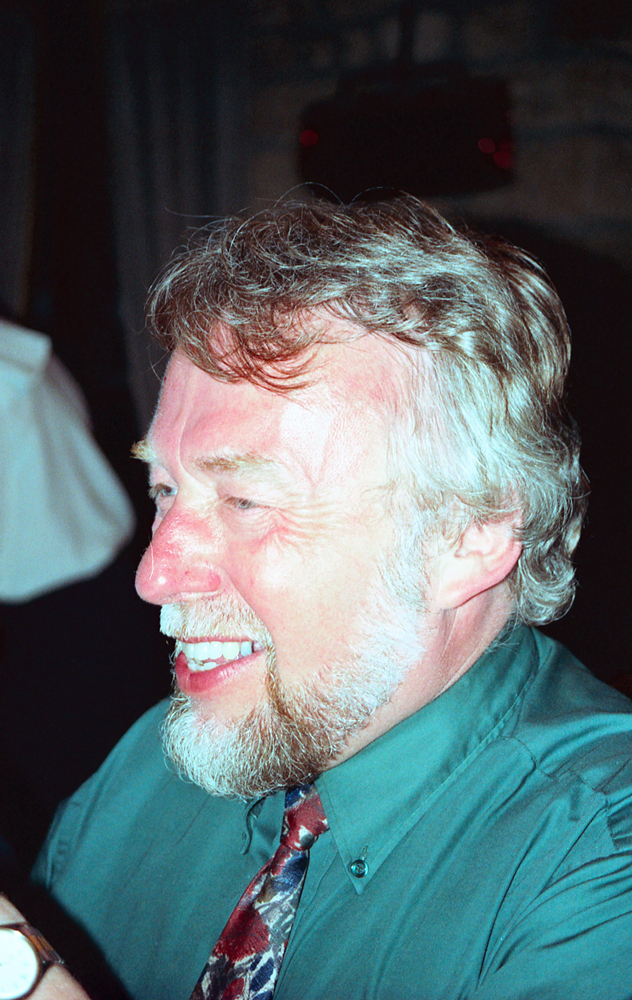 At one stage we became rather worried about Alan, who was looking unwell, and had to retire to the garden outside for some cool fresh air.  We were obviously very concerned for him, bearing in mind his recent health problems.  Fortunately for all of us, and especially Alan himself, he would wake up the next morning, apparently none the worse for the experience and, as far as I know, it didn't bother him again during the week-end.   We must have finished our meal around midnight at the restaurant, and Madame and Monsieur insisted that we join them for champagne at their house, just down the road.  M. Le Bigot had been building the house for a number of years, as a retirement home, and in addition to a couple of glasses of champagne, we were treated to a tour of the house.   By this time, it was pretty late.  Jim, Nick and I joined Chris for the journey back down the road to the café, leaving the others behind.  It was rumoured subsequently, that Ian had managed to fall asleep in a chair at M. Le Bigot's and looking at the pictures of him which I took just before we departed, I can well believe it....  As happens all too often on the Friday night of a Le Mans week-end, it must have been well after 2.00 a.m. by the time we fell into our beds! 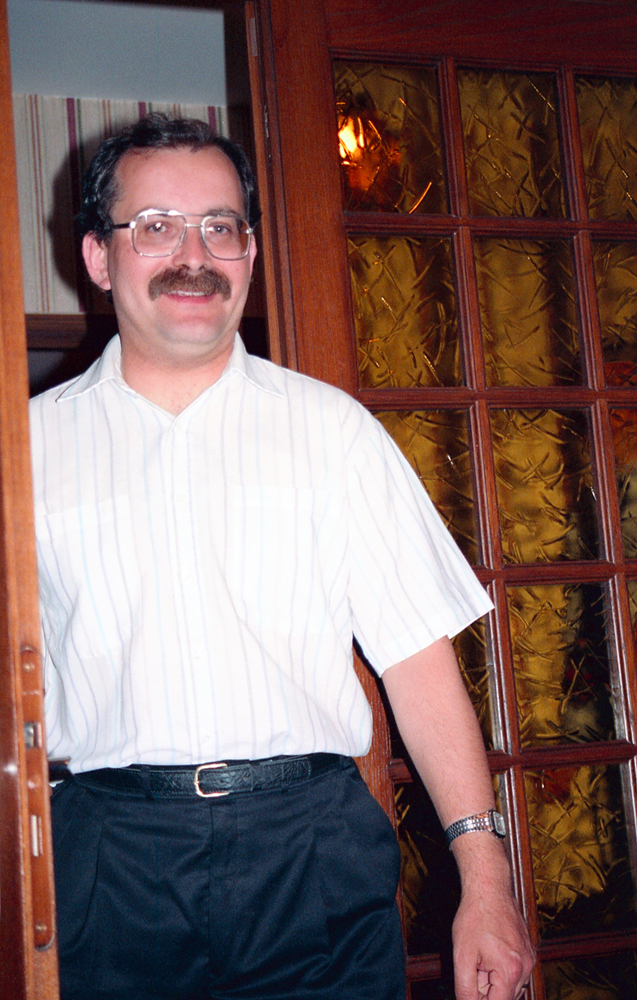 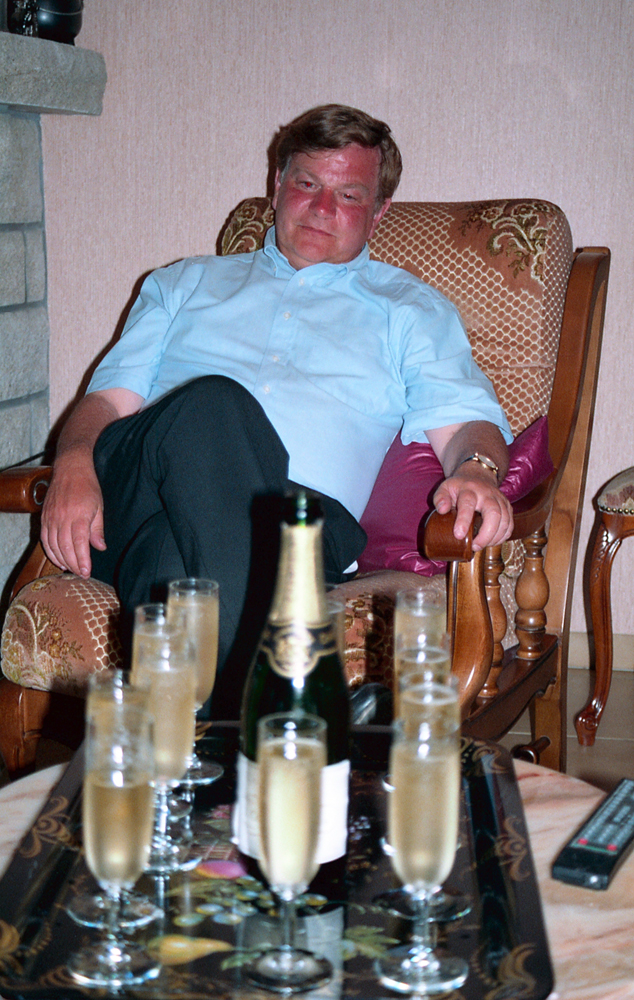 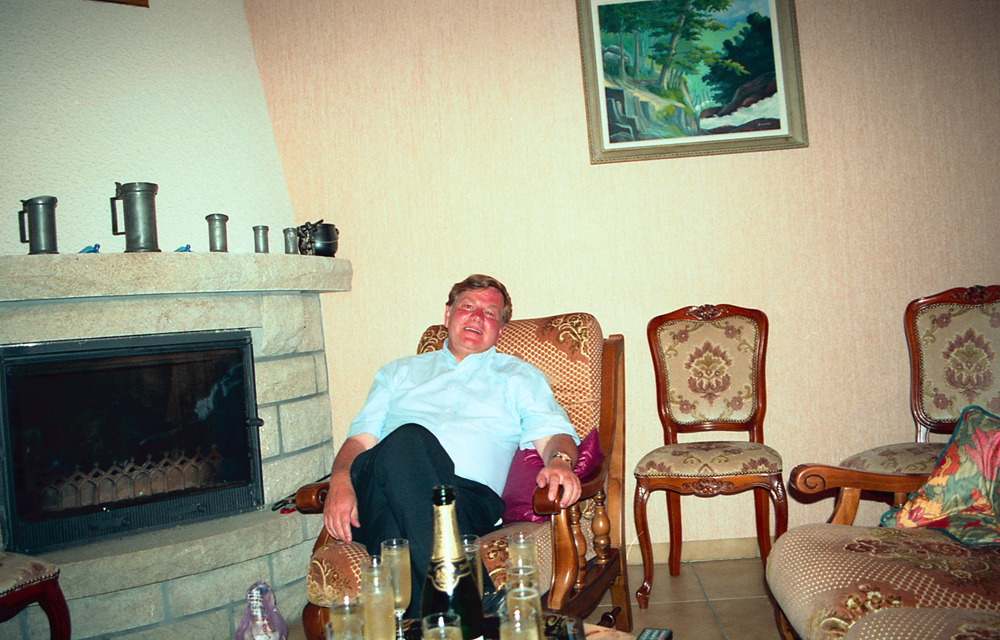 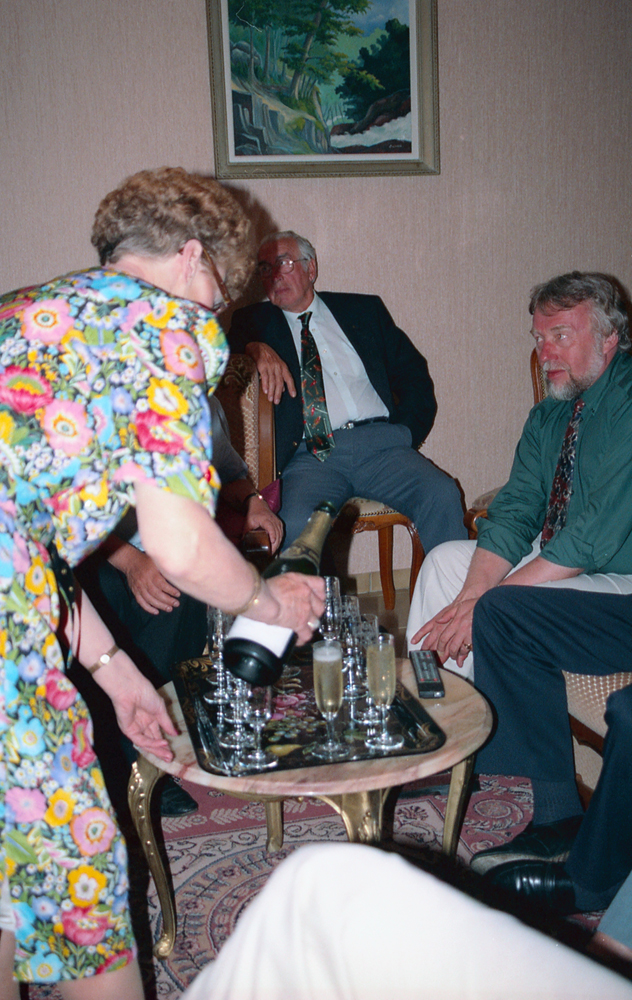 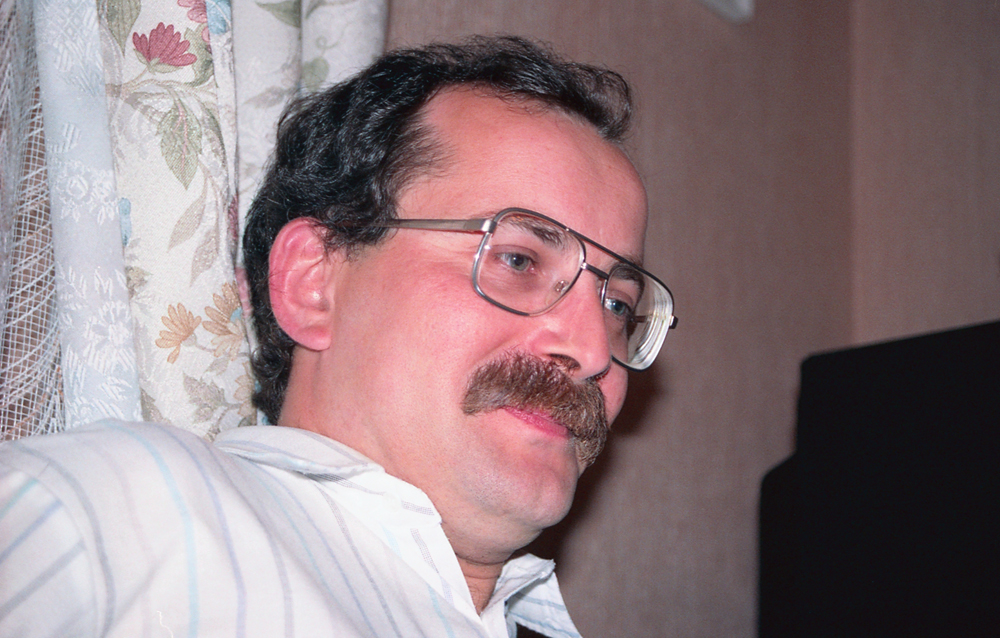