The days rolled by with surprising speed until the weekend of the race was finally reached.  The plans for the start of the trip were very similar to those in 1992.  Peter and I again made our rendezvous in Milford-on-Sea at about 7.00 p.m. on the Friday evening for the trip into Southampton.   As in the previous year we were due to meet the coach outside the Central railway station in Southampton, immediately opposite the Toys R Us store.  The coach was scheduled to arrive there at about 9.00 p.m.  We went into the station (after parking my car in my office car park) and had a coffee and a bacon roll while we waited for the minutes to tick away.  (I've always been one for arriving early rather than late!).

In 1992, the group which caught the coach in Southampton was about ten strong, however in 1993, the numbers had dwindled to about half a dozen.  The previous year we had a full-size coach holding about fifty or sixty people I suppose, but this year we were met by a mini-coach, with only twenty-five or thirty places on board.  It seemed to me that following the wet race with a very small field in 1992, a lot of the previous regulars may have decided to give the race a miss in 1993.  More fool them!   We followed the same game plan as in 1992.  The coach had one more stop to make at the railway station in Portsmouth, and after that it was on to the ferry terminal for the rendezvous with our ferry to Caen. 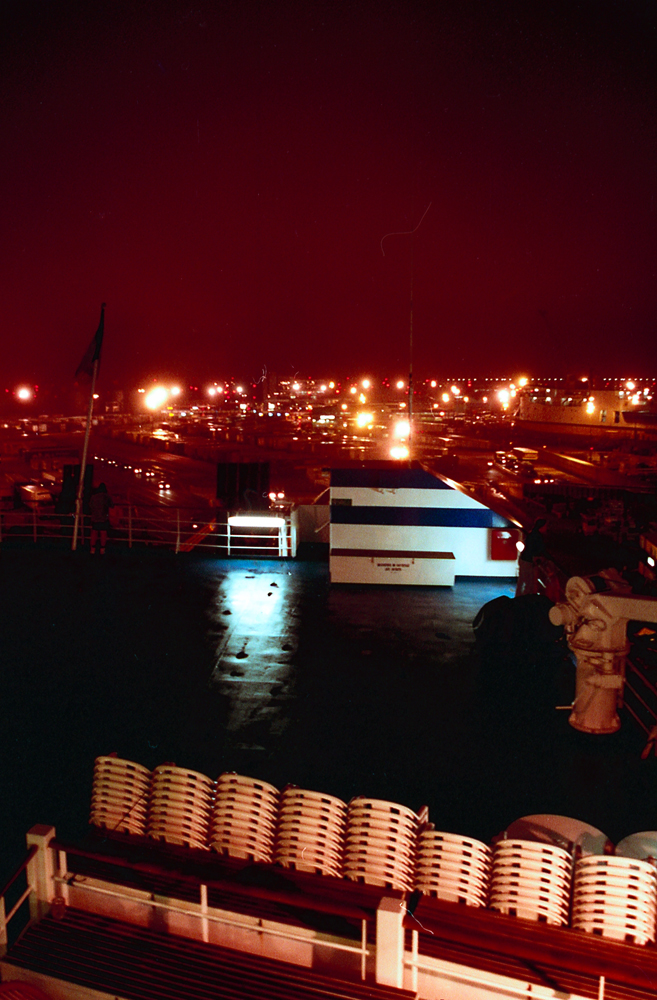 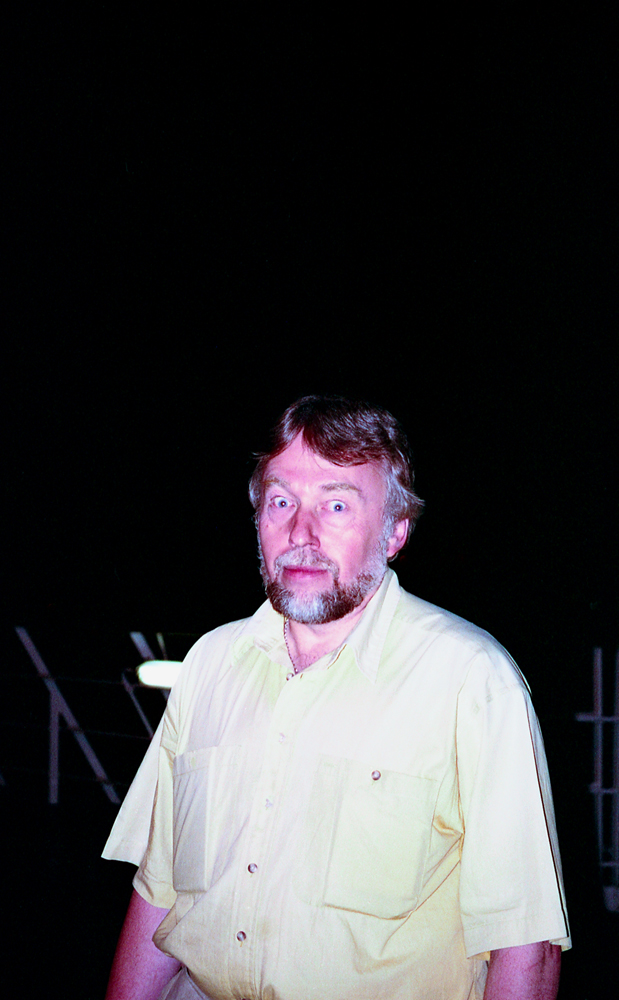 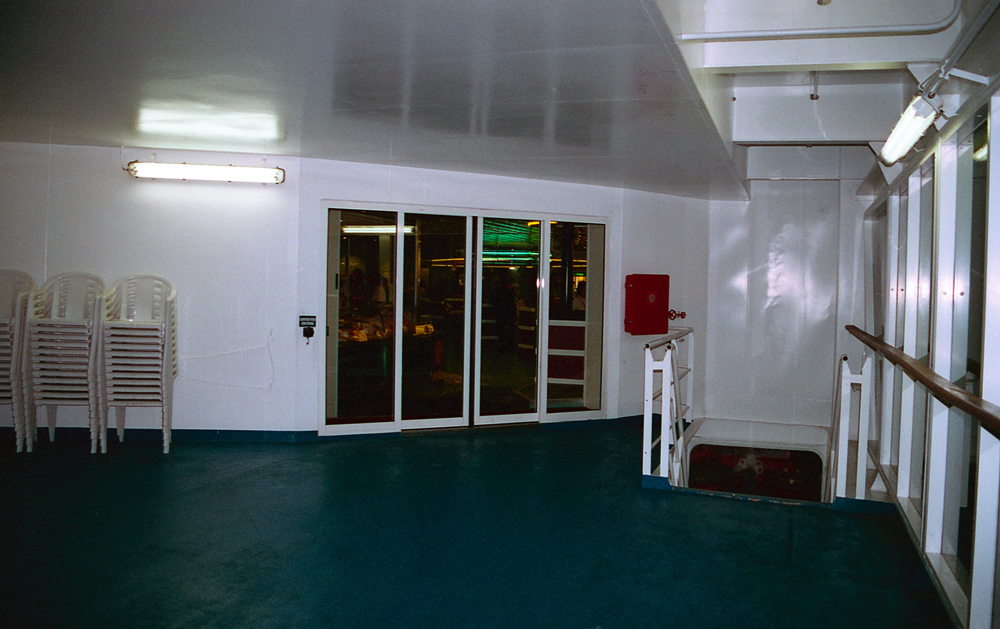 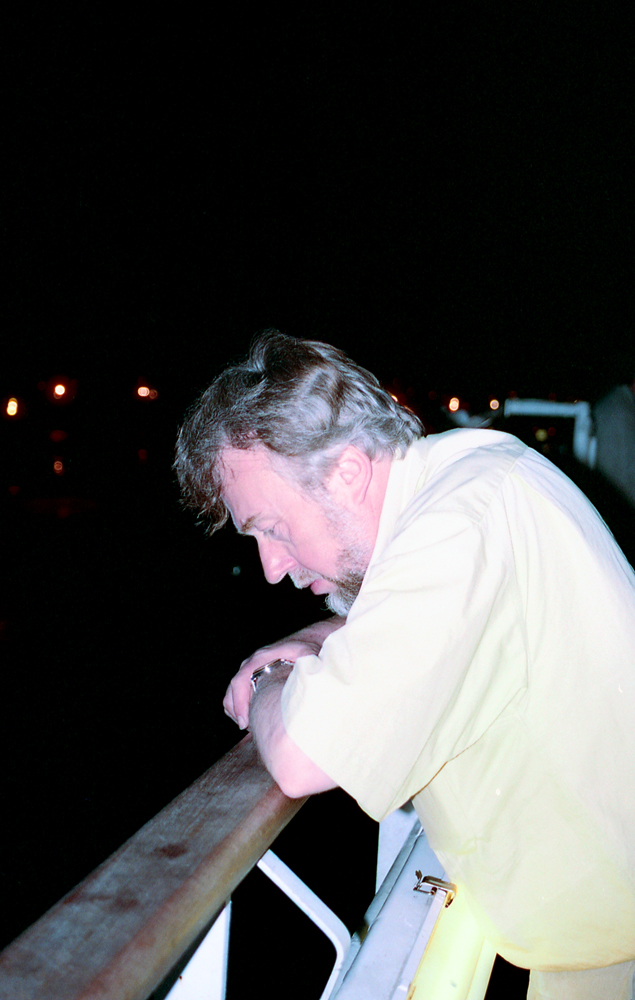 This was, of course, a journey I had made several times before, and Caen was my favourite cross-channel destination, having sampled the '"delights" of Cherbourg, Le Havre and St. Malo as well over the years.  The first photographs of the 1993 event are very reminiscent of 1992, in that they show Peter posing at the stern of the Normandie - the same ferry that we travelled over on last year.   The ferry crossing is, at the same time, both boring and tiring with so little to do and so much time to do it!  In 1993 therefore, Peter and I decided to abandon the uncomfortable couchette seats which were to be provided for us, and instead invested in a two-berth cabin.  In fact, we made that investment for the journey home as well, so that we could get some rest before Saturday's journey to the circuit and, more importantly, so that we could clean ourselves up and get some urgently-needed sleep after the race on the Sunday night.   After eating on Friday evening on board ship (although not to any lavish 'Tourists'-style extent), we retired to our cabin, and the time soon passed in reasonably comfortable sleep.  It was not long before we were docking at Ouistreham, and being shepherded off to our coach for the trip to Le Circuit des Vingt-Quatre Heures!